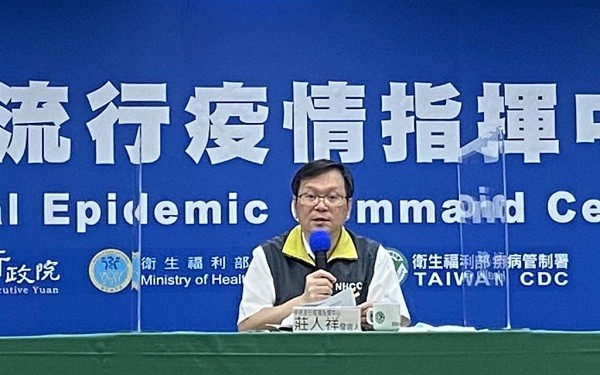 Taiwan health authorities reported one new COVID-19 case Sunday, while continuing to test those who may have come into contact with a Belgian national to learn more about how he ended up testing positive for the disease.

The Belgian man in his 20s, who entered Taiwan in early May and went through the standard two-week quarantine, had two positive PCR tests for the disease this past week.

The Central Epidemic Command Center (CECC) would not classify the case as a domestically transmitted case, however, because it learned later Saturday that the Belgian man had sought treatment twice in Belgium in March for a loss of his sense of taste and smell, potential symptoms of the disease.

He was not diagnosed with COVID-19 at the time, but his symptoms, combined with a positive IgG antibody test that indicated he could have had COVID-19 a while ago, has led the CECC to suspect he was first infected in March and the original infection is still in his system.

If that was the case, then what was found in the PCR test in Taiwan was possibly just fragments of the virus and not contagious, said CECC spokesman Chuang Jen-hsiang (莊人祥) at a press briefing Sunday.

The CECC also did not exclude the possibility that the man may have caught the virus in Taiwan, and tests are being conducted on the people he came in contact with to help classify the origins of the illness, Chuang said.

As of Sunday, 310 people had been identified as possibly coming in contact with the man and were being tested for COVID-19. A total of 109 tests came back negative while the others were still being processed, Chuang said.

Antibody testing will begin Monday on the blood samples of those same people, Chuang said.

"If the man was really infected in March, his chance of infecting other people is practically nil because people generally cannot spread the disease after 10 days from when symptoms started," Chuang said.

The new case reported Sunday was a Filipino woman in her 20s who arrived in Taiwan from the Philippines on Friday to visit family members.

She was asymptomatic upon arrival and was tested at the airport as part of a mass testing program for all arrivals from the Philippines because of a resurgence in the number of cases there, the CECC said in a statement.

She was taken to a quarantine hotel that same day but developed a low-grade fever Saturday after having not experienced any symptoms 14 days prior to coming to Taiwan, and her test results came back positive Sunday, the CECC said.

The woman is now being treated in an isolation room in a local hospital, the CECC said.

The new case brought the total number in Taiwan to 475, with 383 classified as imported. To date, 441 COVID-19 patients in Taiwan have recovered, and seven have died, while the others are in the hospital, the CECC said.