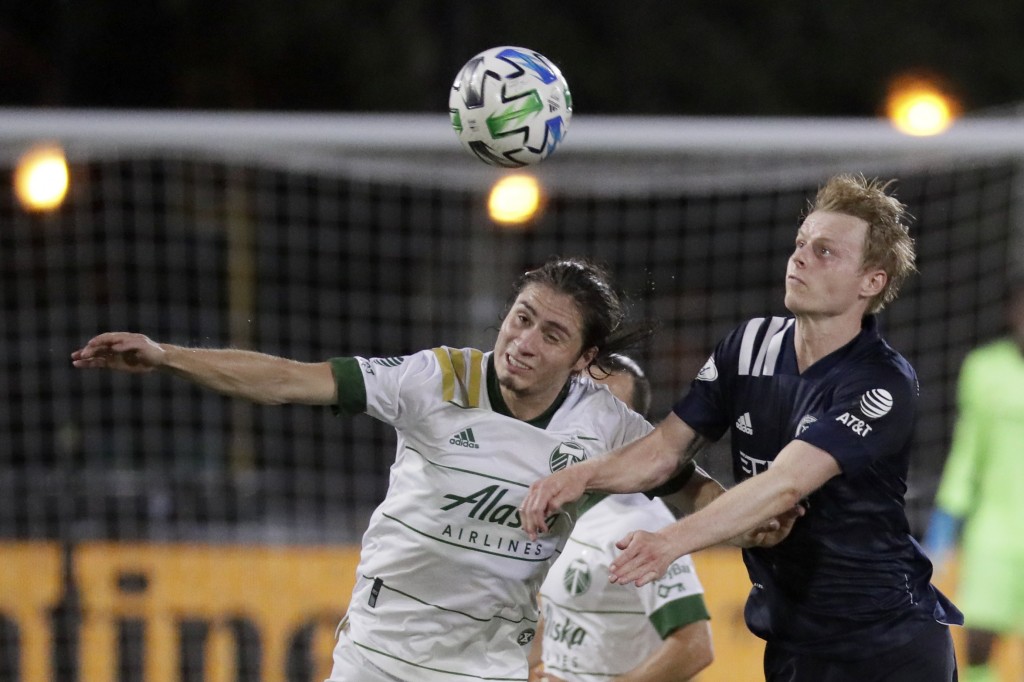 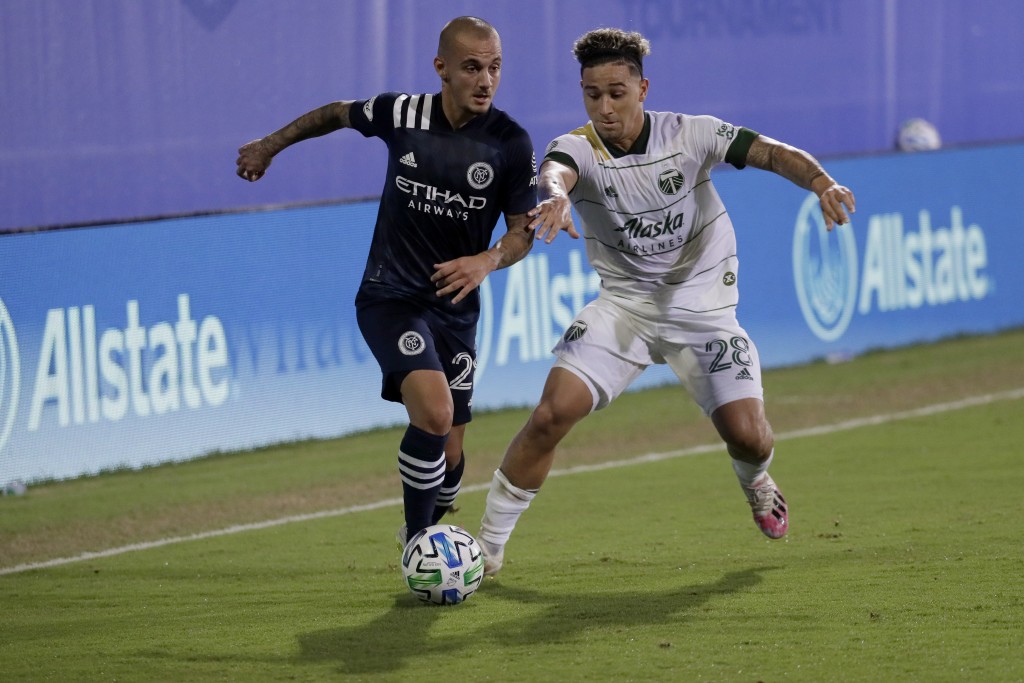 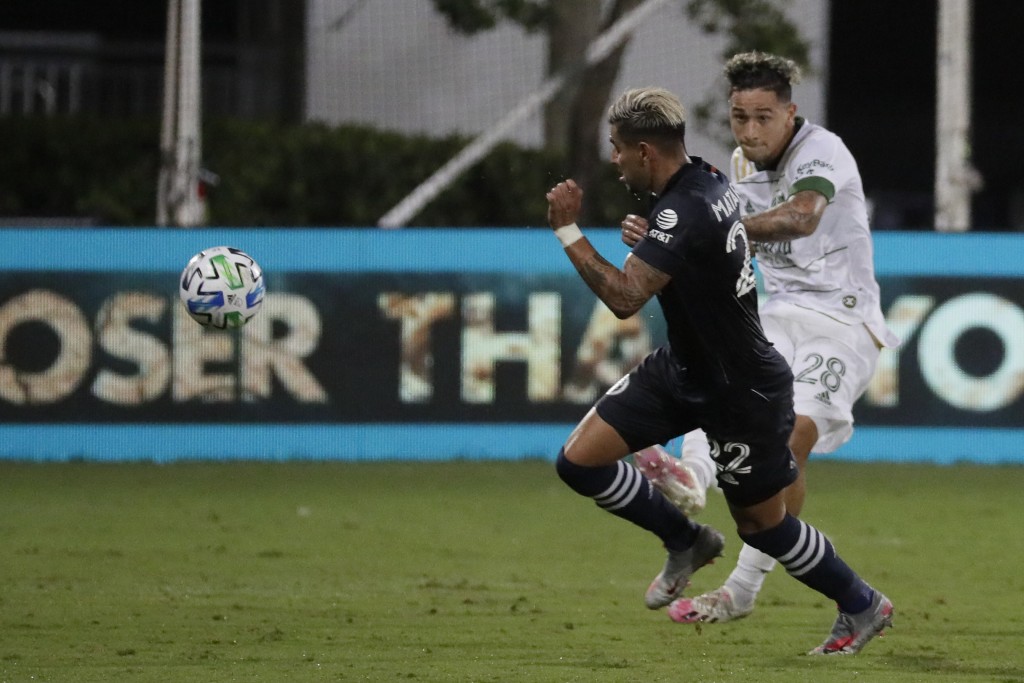 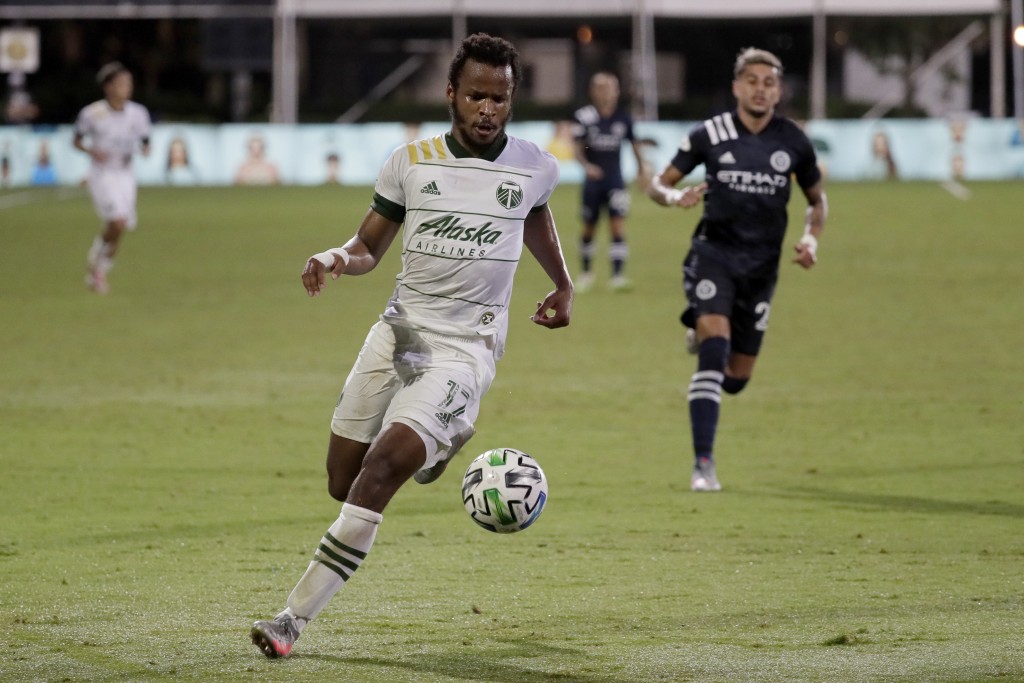 LAKE BUENA VISTA, Fla. (AP) — Diego Valeri and Andy Polo came on in the second half to score key goals as the Portland Timbers defeated New York City FC 3-1 on Saturday night in the final quarterfinal match of the MLS is Back tournament.

Sebastian Blanco also scored for the Timbers, who will face the Philadelphia Union in a Wednesday semifinal. The winner will face Minnesota United or Orlando City in the championship game on Aug. 11.

Jesus Medina had NYCFC's lone goal on a penalty kick in the first half.

Valeri didn't start for the second time in five tournament games. The midfielder came on at the beginning of the second half and put the Timbers in the lead in the 65th minute when he split two NYCFC defenders off a pass by Jaroslaw Niezgoda and drilled a right footer that beat goalkeeper Sean Johnson for his second game-winning goal of the tournament.

Polo scored in the 76th minute, shortly after he entered the game. The midfielder lofted a beautiful shot from just outside the box that found its way into the top far corner.

NYCFC scored first in the 27th minute on Medina's penalty kick after Portland's Larrys Mabiala fouled Medina inside the box.

The Timbers evened it 16 minutes later when Blanco intercepted a clearing pass and curled a shot into the net.

NYCFC had a 10-9 advantage in shots. Johnson and Steve Clark each had two saves.