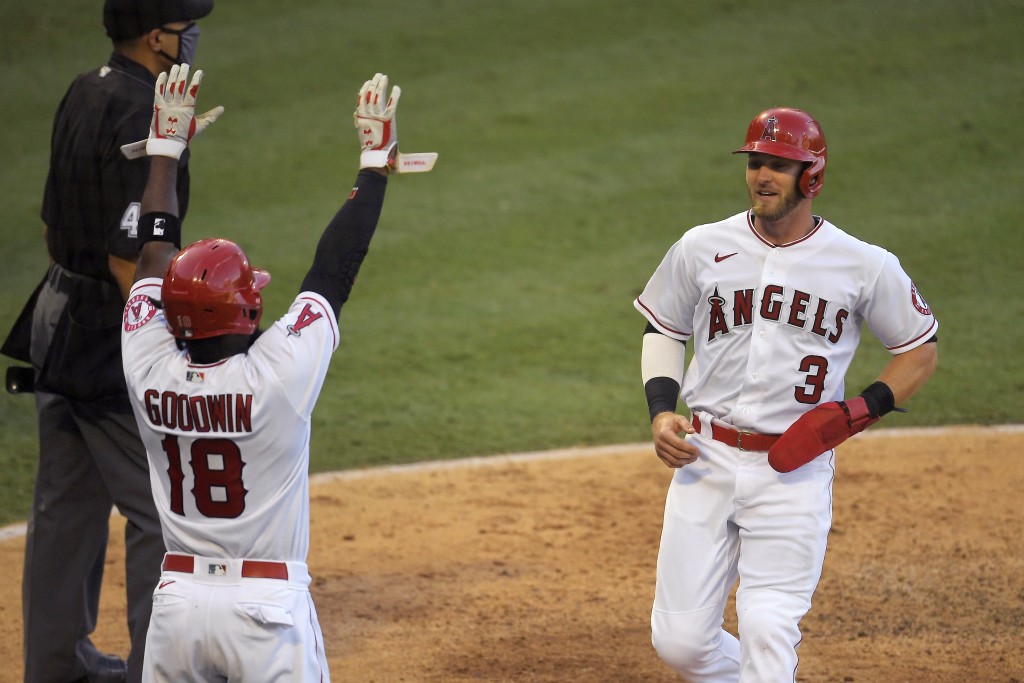 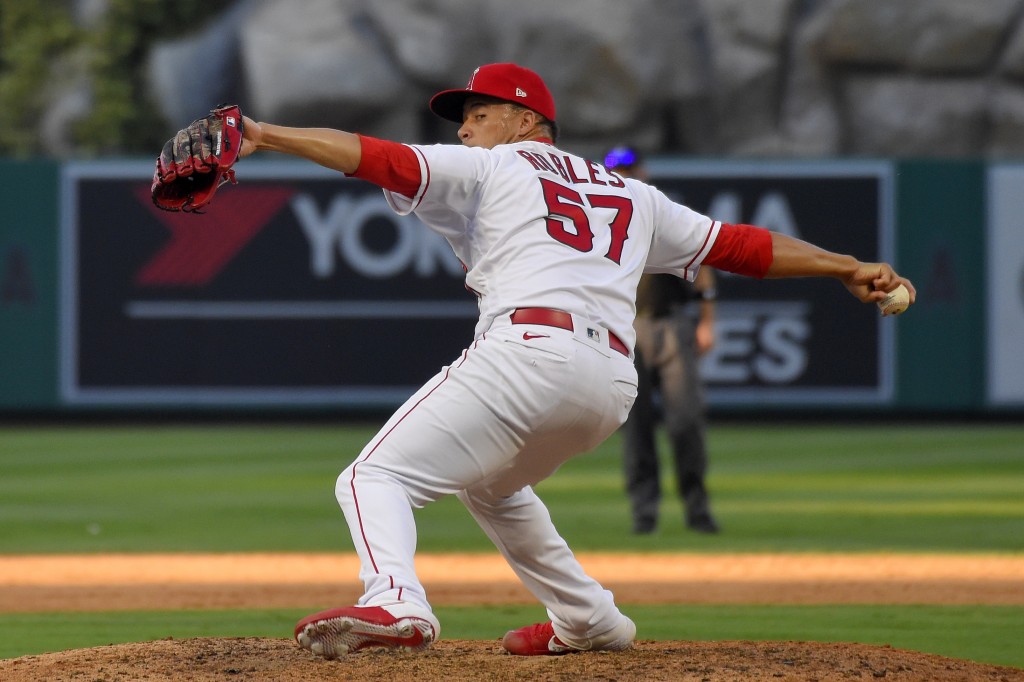 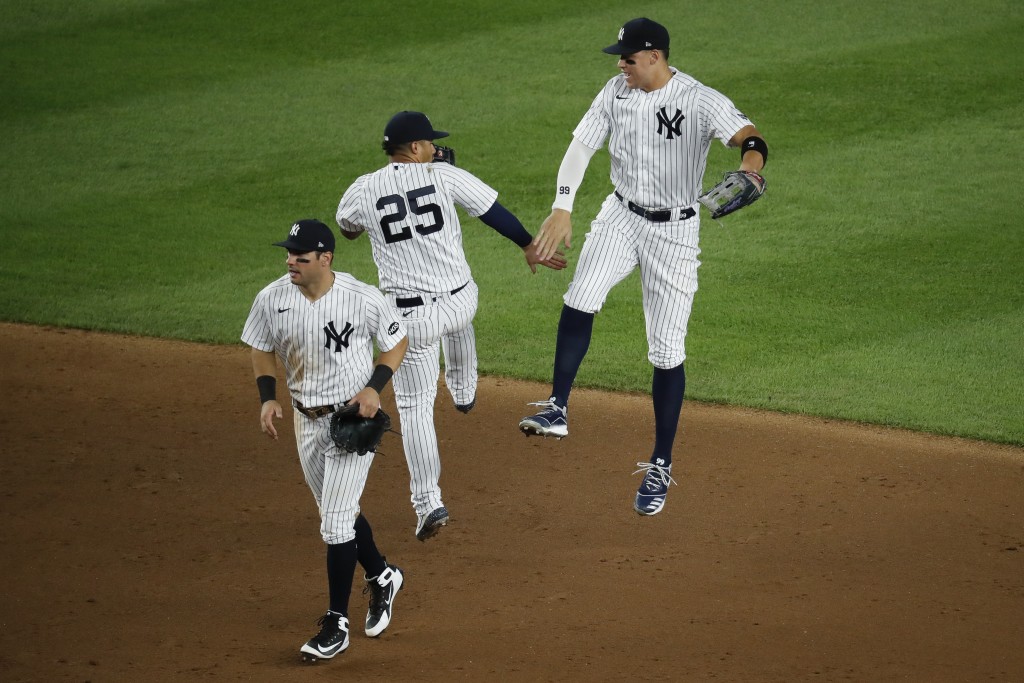 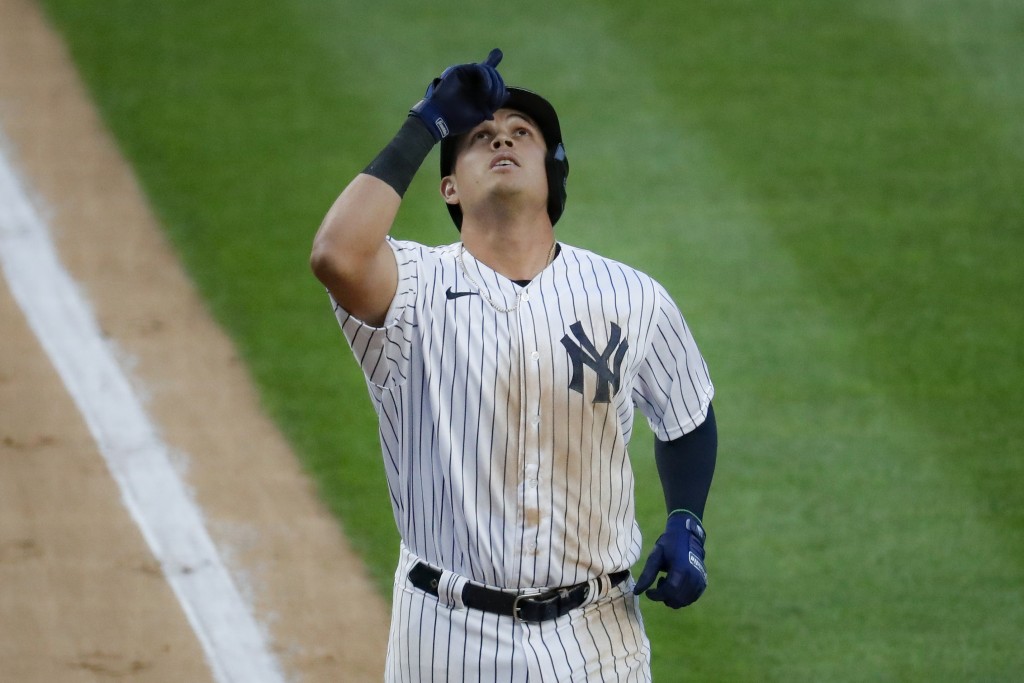 ANAHEIM, Calif. (AP) — Matt Thaiss scored on Michael Hermosillo’s bases-loaded sacrifice fly in the 10th inning, and the Los Angeles Angels snapped their three-game skid with a 5-4 victory over the Houston Astros on Saturday night.

Jason Castro delivered a tying RBI double in the ninth for the Angels, who improved the majors’ worst record to 3-6 despite blowing a two-run lead in the ninth.

Angels reliever Noé Ramirez got two outs in the 10th, and Ryan Buchter (2-0) struck out Abraham Toro with the bases loaded in a rare bright moment for the Halos’ struggling relievers.

Nick Nelson (1-0) pitched three hitless innings to win his major league debut. At 6-1, the Yankees are off to their best start since 2003.

Yankees starter Masahiro Tanaka made his season debut after recovering from a concussion sustained when he was hit in the head by Giancarlo Stanton’s line drive during practice on July 4. Tanaka lasted just 2 2/3 innings and 51 pitches, tiring in his second time through the order.

David Hale finished the six-hitter for his third career save, his first this year.

Judge homered in the first inning off Zack Godley (0-1), a 455-foot drive to left-center. Urshela hit his second homer of the season an inning later for a 5-0 lead.

Eddie Rosario added a solo homer for the Twins, who got another strong start from a veteran newcomer to its starting rotation. Maeda (2-0) retired 13 of the first 14 batters he faced and didn’t allow a hit until Bradley Zimmer beat out a weak ground ball to second base in the fifth inning.

Carlos Carrasco (1-1) gave up six hits in six innings for Cleveland and was done in by three solo home runs from the Twins.

Maeda, acquired in an offseason trade from the Dodgers, was one of three key additions to strengthen Minnesota’s rotation along with Rich Hill and Homer Bailey.

ATLANTA (AP) — Ronald Acuña Jr. shook off a slow start by driving in two runs with two hits, including his first homer, and Atlanta won its fourth straight.

The Mets have lost four straight, including the first two games of the four-game series between the NL East rivals.

Marcell Ozuna hit a two-run homer, his third, off Michael Wacha (1-1) in the first inning.

Acuña led off the game with his 18th strikeout, the most in the majors, before emerging from his funk. He doubled in a run in the second for his first RBI as the Braves stretched the lead to 5-0. Acuña lined his first homer into the left-field seats in the sixth off right-hander Franklyn Kilome.

KANSAS CITY, Mo. (AP) — Gio Gonzalez made his first start for the hot-hitting Chicago White Sox more than 16 years after they drafted him, and the veteran responded by holding the Kansas City Royals scoreless into the fourth inning.

Eloy Jimenez hit a three-run homer and finished with a career-high four hits, and rookie Luis Robert had four hits while finishing a triple shy of the cycle, leading a White Sox barrage of 21 hits in all. Leury Garcia also pounded out four hits, Yoan Moncada added three and Yasmani Grandal had a pair of hits while driving in two runs.

That was plenty of support for Gonzalez, who scattered five hits and three walks while striking out six in 3 2/3 innings. Matt Foster (1-0), one of six White Sox relievers, got the win.

Much of Chicago’s damage came off spot starter Ronald Bolanos (0-2), who allowed five runs in 1 2/3 innings.

Whit Merrifield hit a two-run homer for the Royals. Ryan O’Hearn drove in their other two runs.

Freeland (2-0) allowed a two-out single to Tommy Pham in the first and then retired 13 in a row before Francisco Mejia’s double in the sixth. The left-hander struck out four and walked one in throwing an economical 83 pitches.

Story contributed at the plate as well with a solo shot in the fourth. It was his second straight game with a homer. Matt Kemp hit a solo homer in the third for the Rockies.

Padres lefty Joey Lucchesi (0-1) had a forgettable outing in going 1 2/3 innings and giving up three runs.

Trent Grisham homered to center in the eighth off Rockies reliever Yency Almonte.

The bottom of the Dodgers' order showed big power in the fourth inning when Ríos — who was hitting seventh — smashed a two-run homer over the 413-foot sign in center field. Two batters later, Matt Beaty ripped another homer that barely stayed fair down the right-field line.

The Dodgers broke the game open with a five-run fifth when the first six batters reached base on Weaver and reliever Yoan López. Justin Turner hit a two-run triple and Pollock added a two-run homer as Los Angeles pushed its lead to 8-2. Taylor’s three-run homer in the eighth made it 11-2.