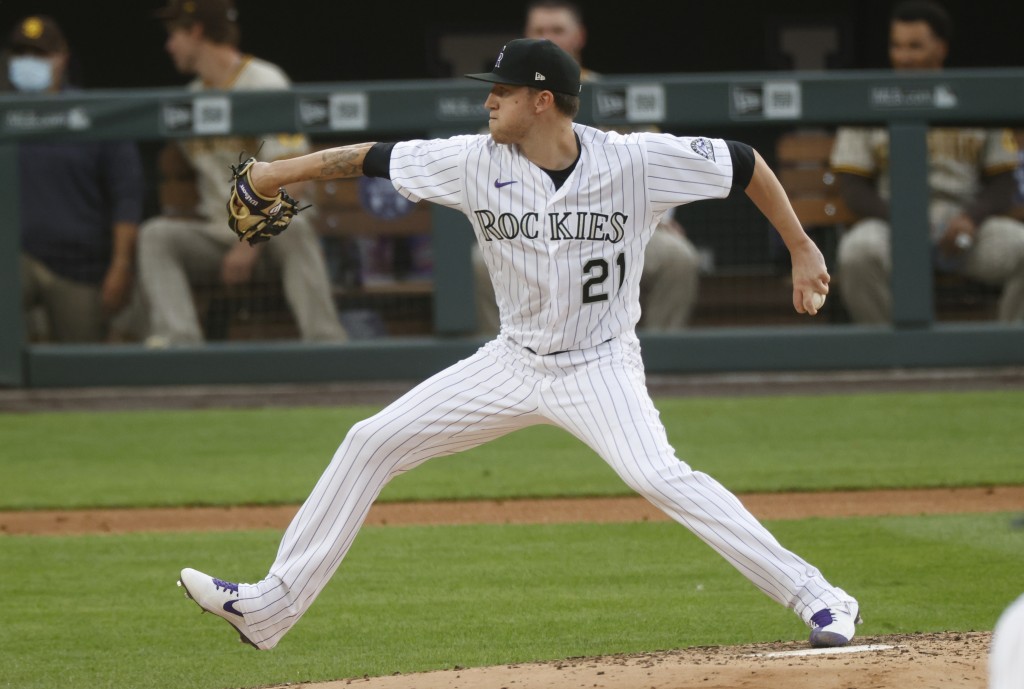 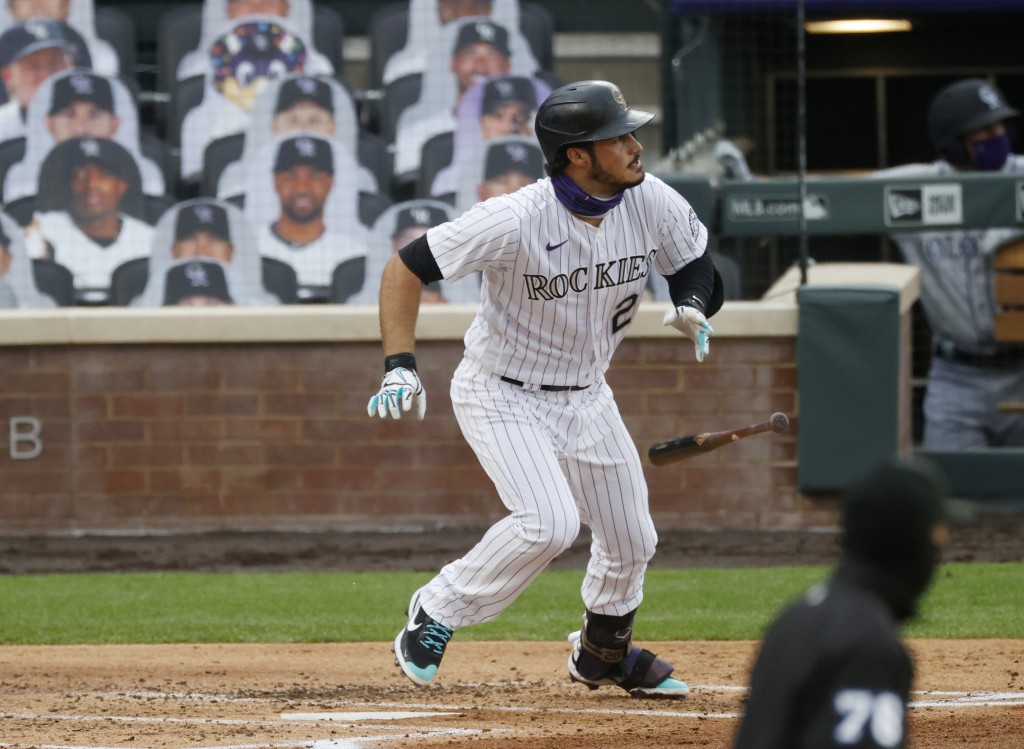 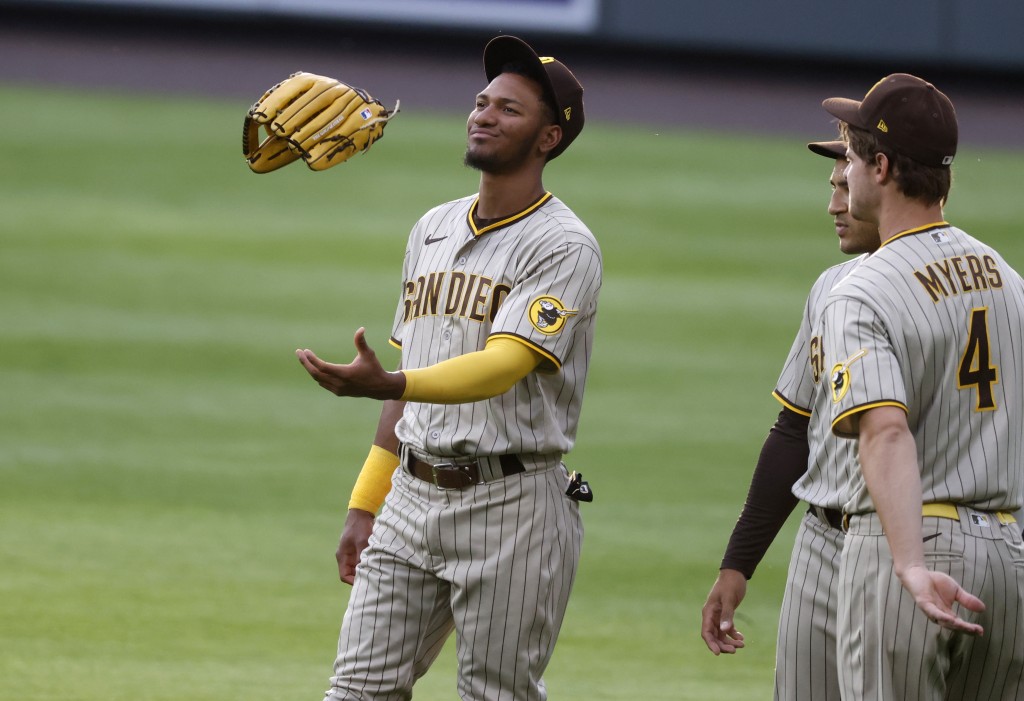 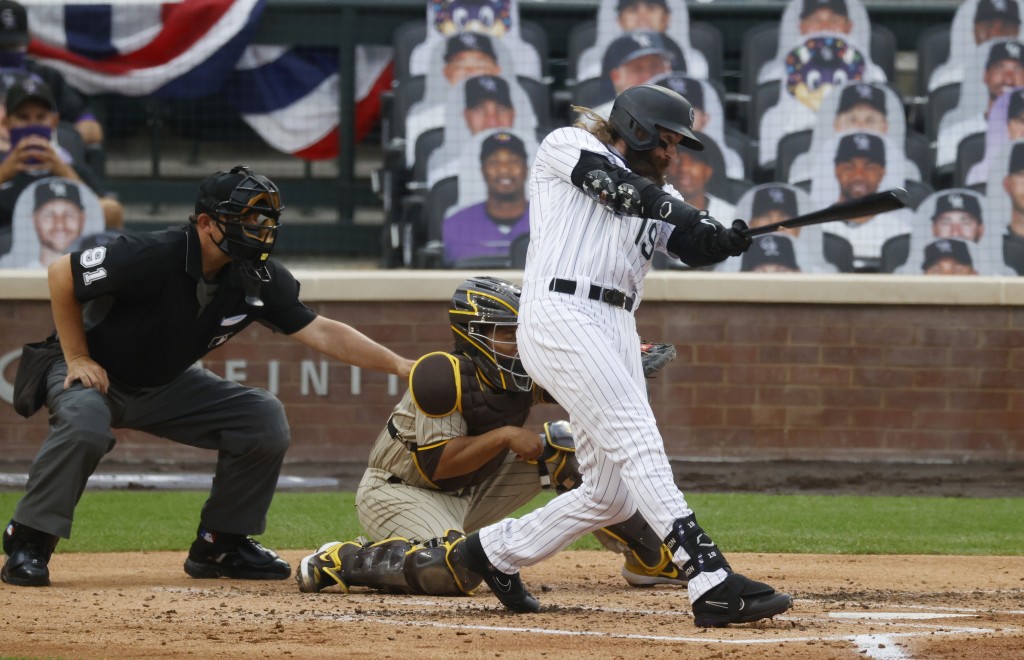 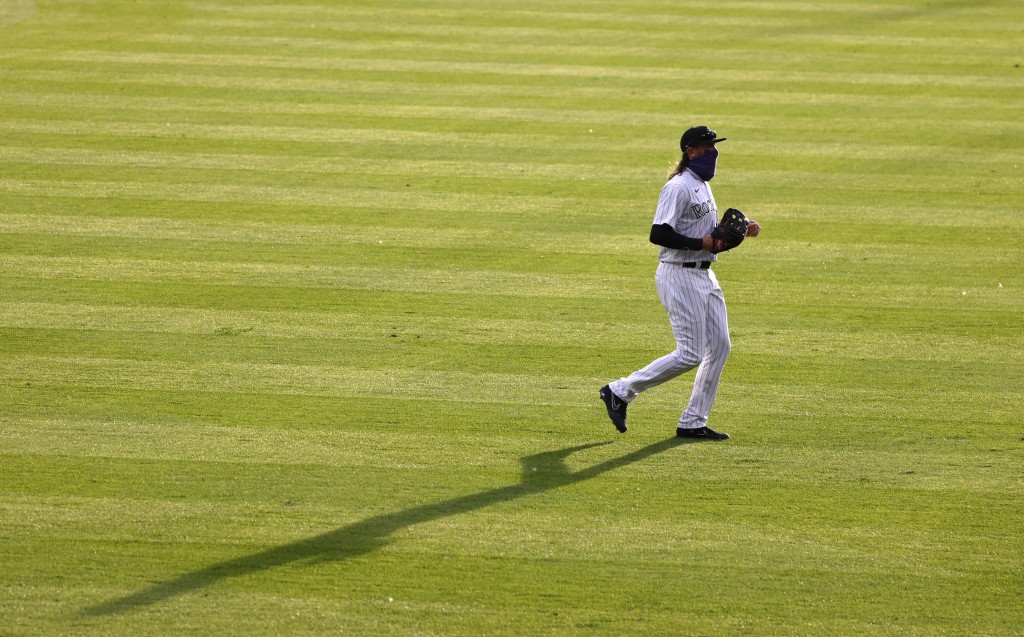 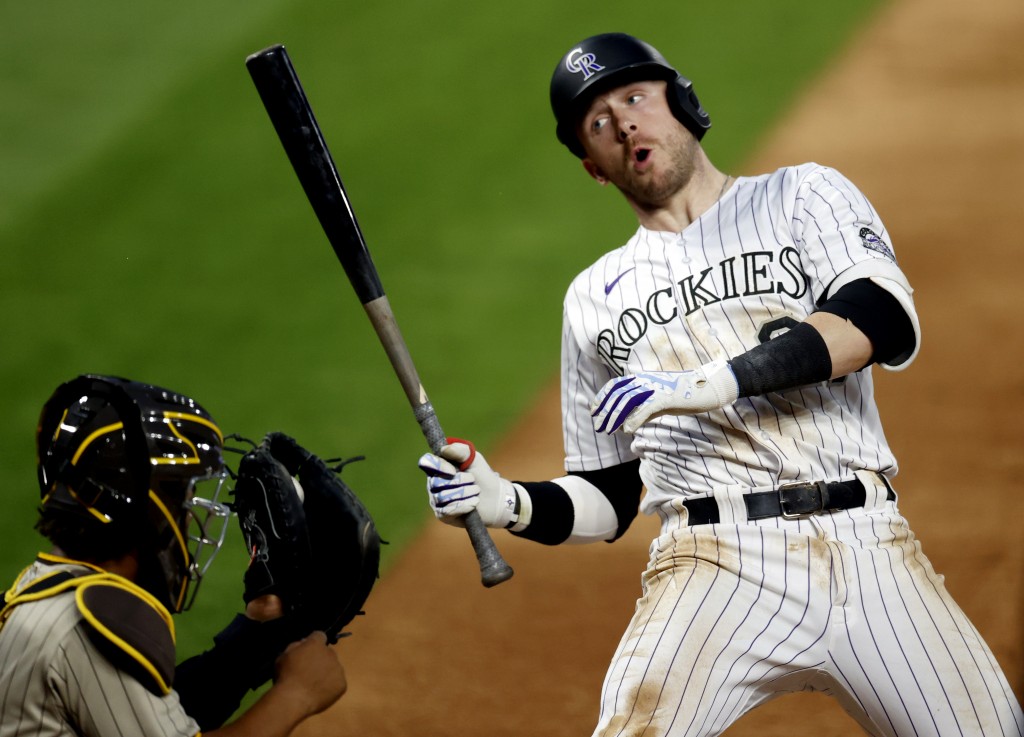 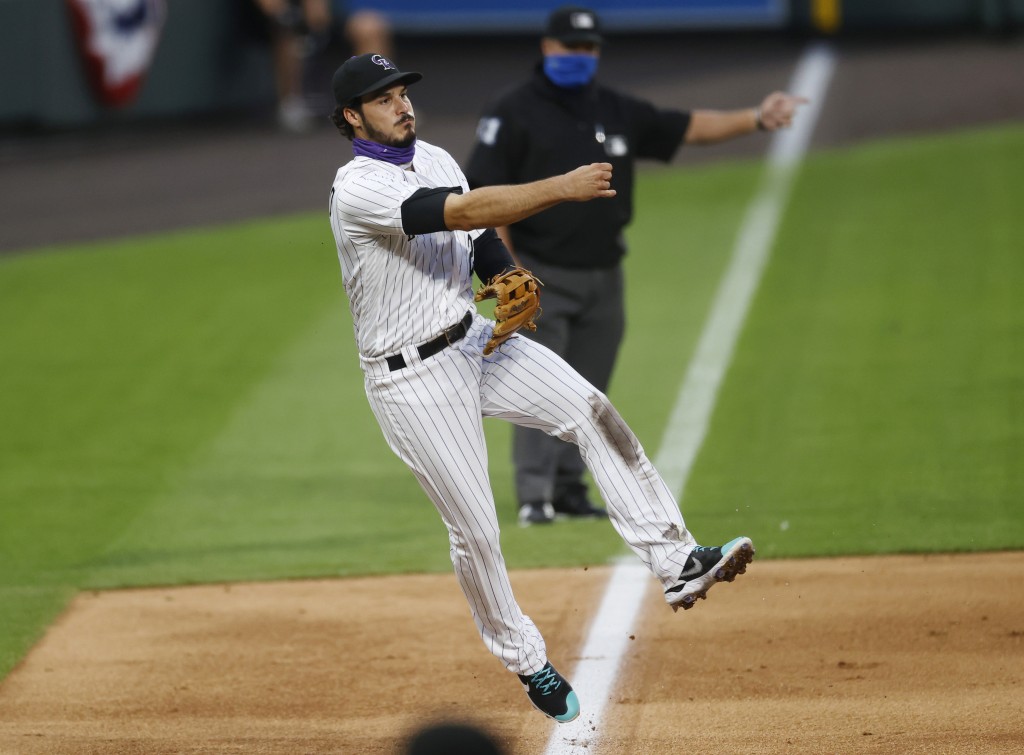 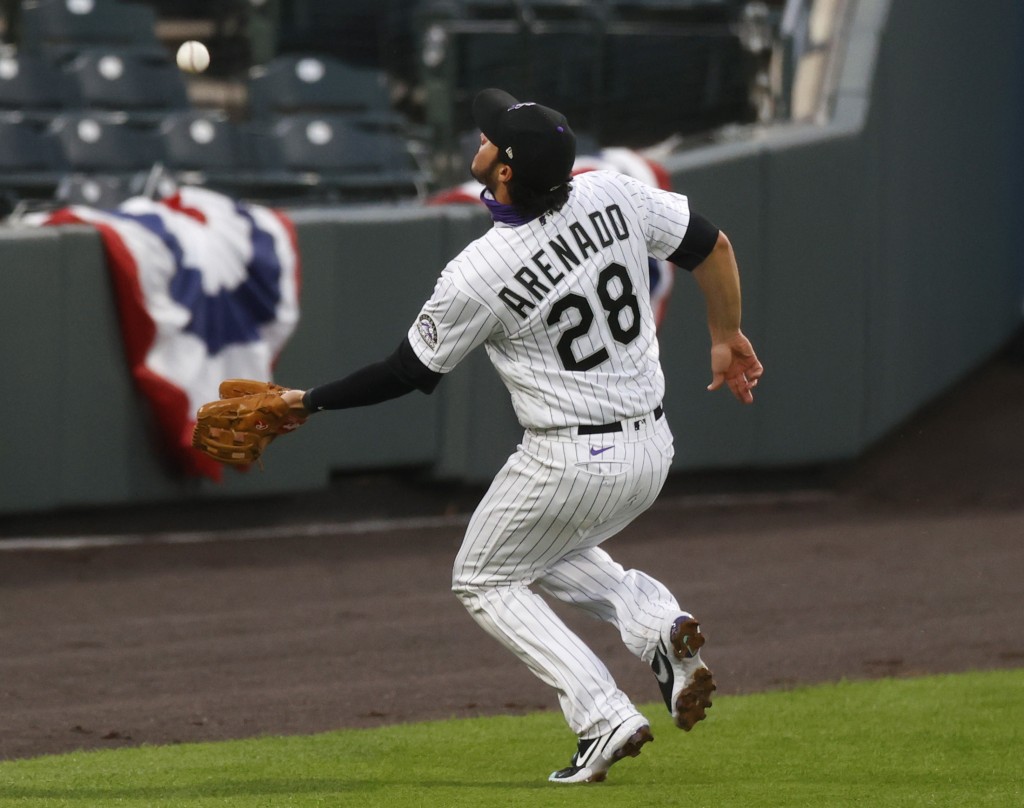 DENVER (AP) — Kyle Freeland pitched six innings of two-hit ball and was backed by the superb defense of Trevor Story and Nolan Arenado as the Colorado Rockies beat the San Diego Padres 6-1 on Saturday night.

Freeland (2-0) allowed a two-out single to Tommy Pham in the first and then retired 13 in a row before Francisco Mejia's double in the sixth. The left-hander struck out four and walked one in throwing an economical 83 pitches.

It marked the 10th time in his career that Freeland has gone six or more innings and allowed no runs.

The Denver native rediscovered his form over the offseason by retooling his mechanics. He eliminated the pause in his delivery and added an improved changeup.

Freeland certainly had plenty of defensive support. Story made a diving catch in the fourth that had Freeland raising his arms in appreciation. In the sixth, the Rockies shortstop thwarted a big inning by stopping a grounder headed up the middle and starting a double play.

Story contributed at the plate as well with a solo shot in the fourth. It was his second straight game with a homer.

Arenado had another diving stop in the seventh.

Matt Kemp hit a solo homer in the third, his first since signing with the Rockies on July 4. He’s hitting .327 with 22 homers over his career at Coors Field.

Padres lefty Joey Lucchesi (0-1) had a forgettable outing in going 1 2/3 innings and giving up three runs.

Trent Grisham homered to center in the eighth off Rockies reliever Yency Almonte.

Rockies manager Bud Black was giving closer Wade Davis the night off after he surrendered four runs on a pair of two-out homers in the ninth Friday. Davis still has a tenuous hold on the job.

An All-Star in 2019, Padres closer Kirby Yates has struggled with his command so far this season. He walked two batters in an inning during two of his three appearances. He did that on three occasions all last season.

“It’s not a confidence thing," Yates said. "I still know who I am.”

“We’re having enough roller-coasters in our games alone,” Tingler said. “I’ve been happy with our organization staying resilient and managing ourselves and being responsible for one another."

Padres: 1B Eric Hosmer was placed on 10-day injured list due to a stomach ailment. The move is retroactive to Wednesday. His condition is described by the team as gastritis.