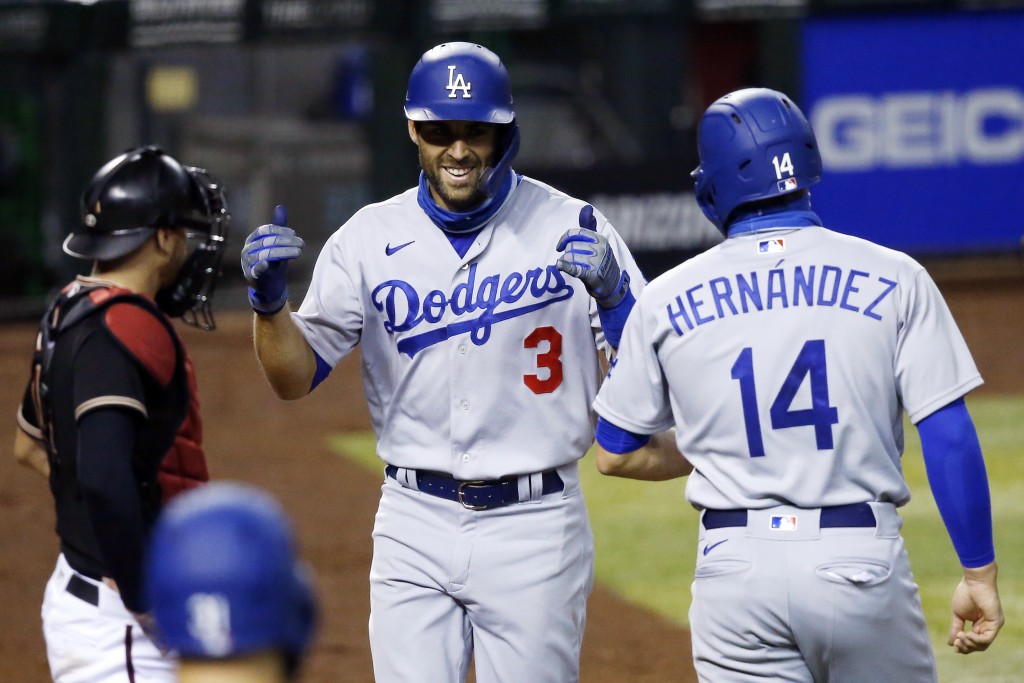 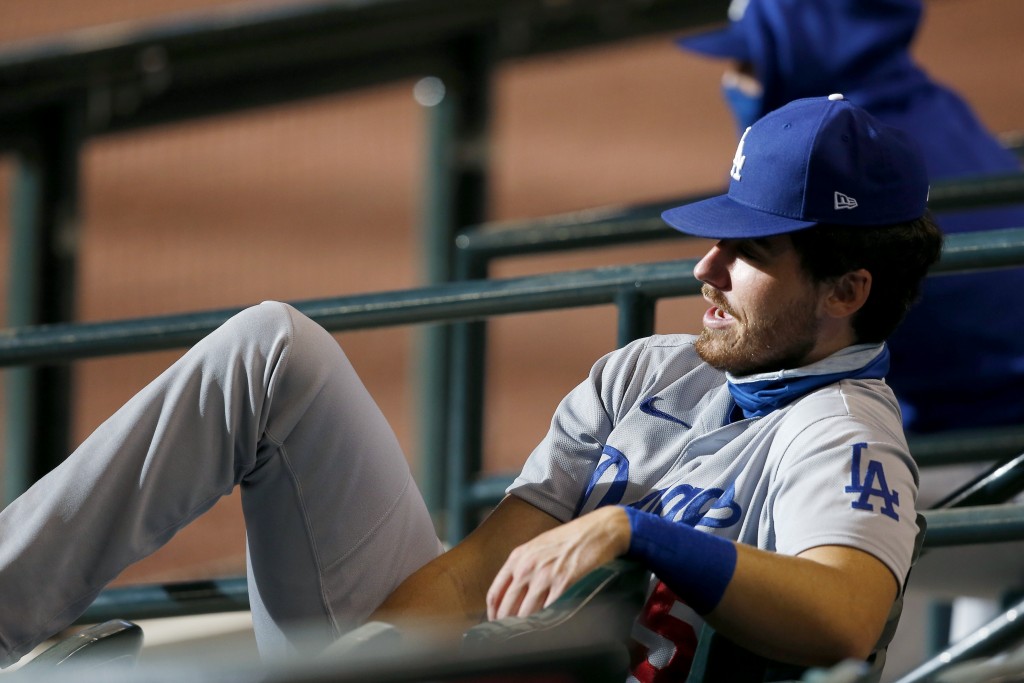 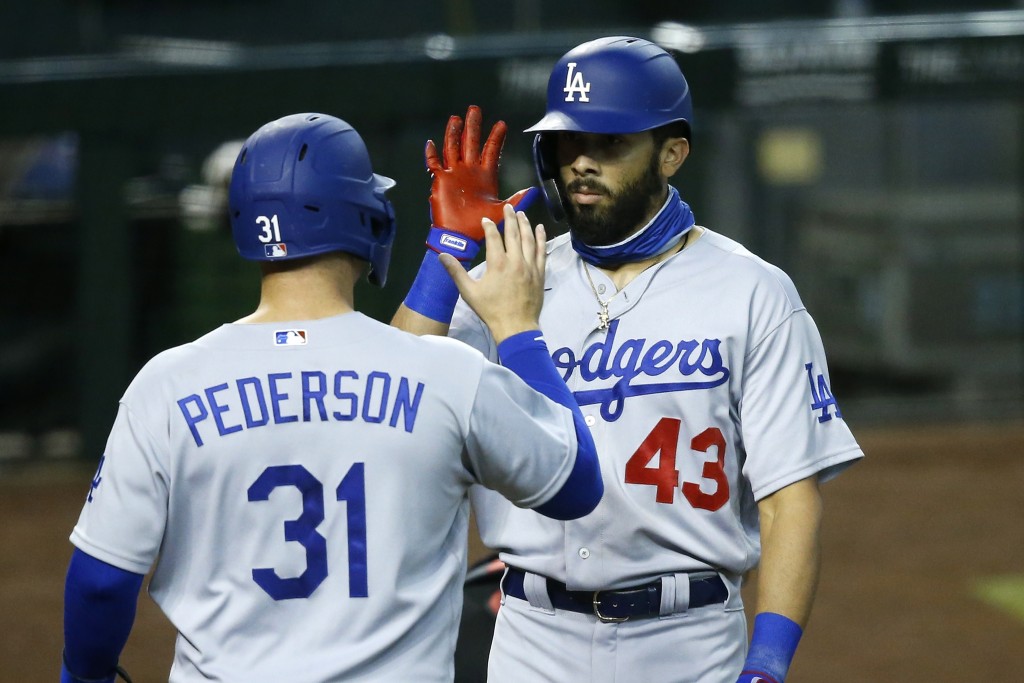 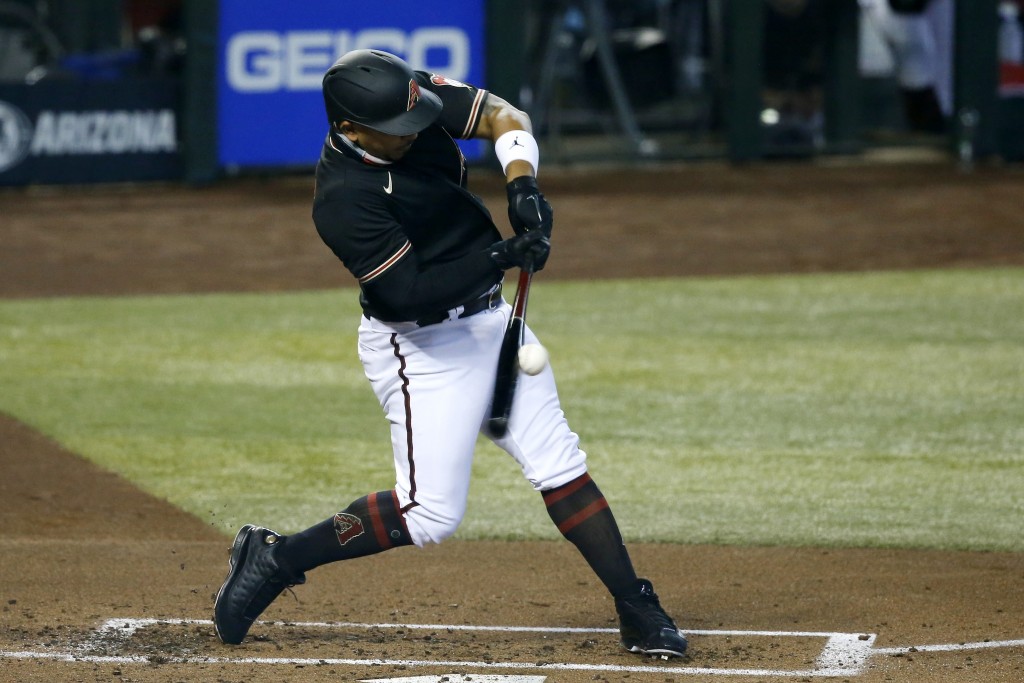 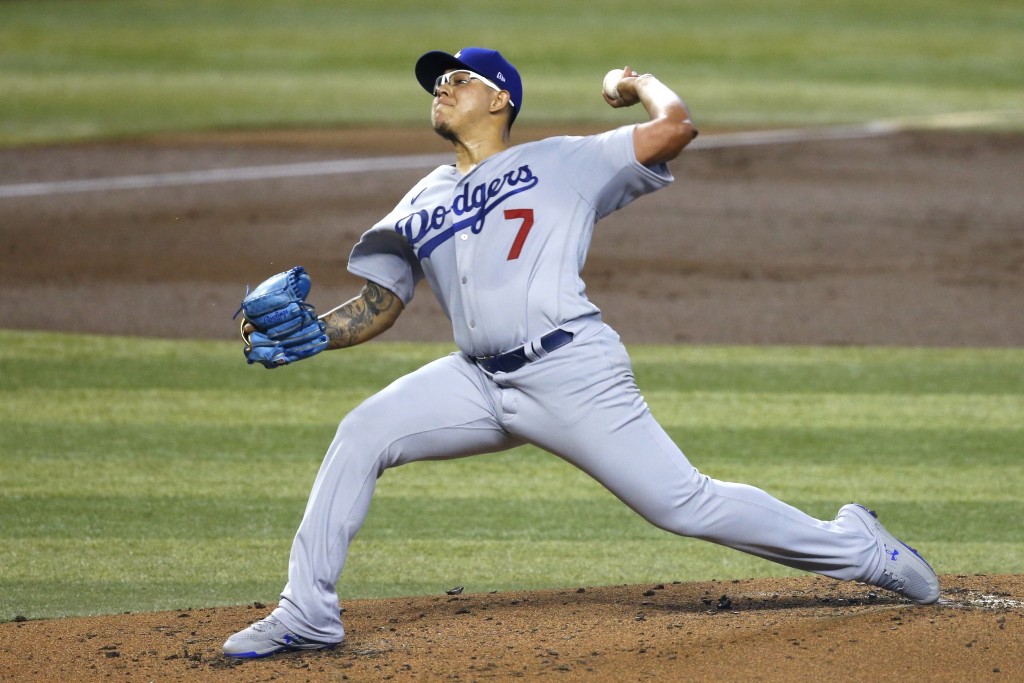 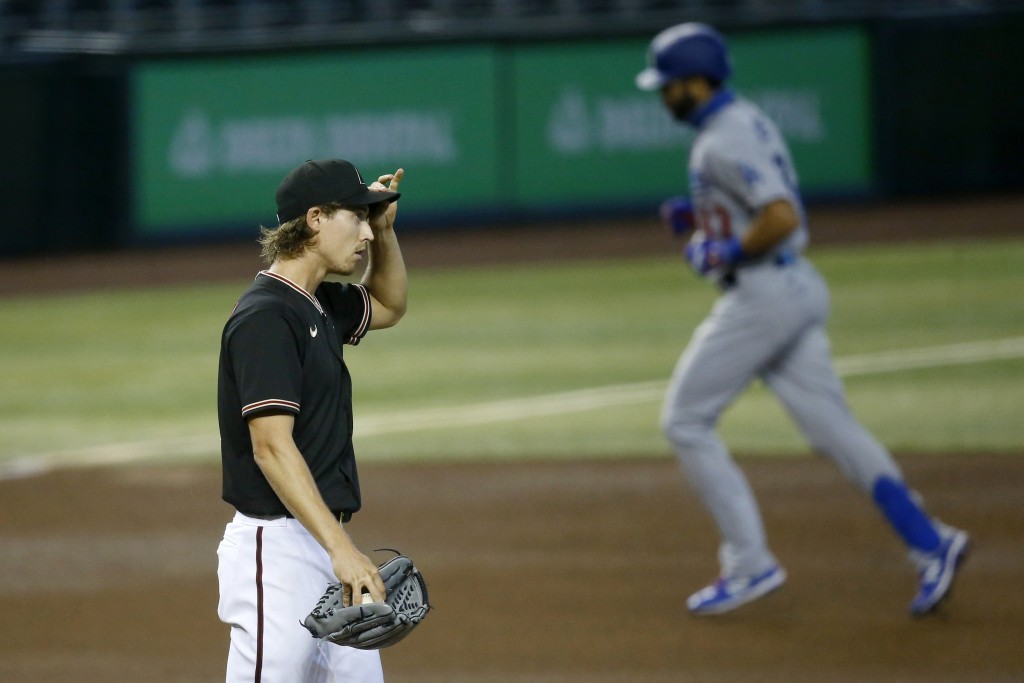 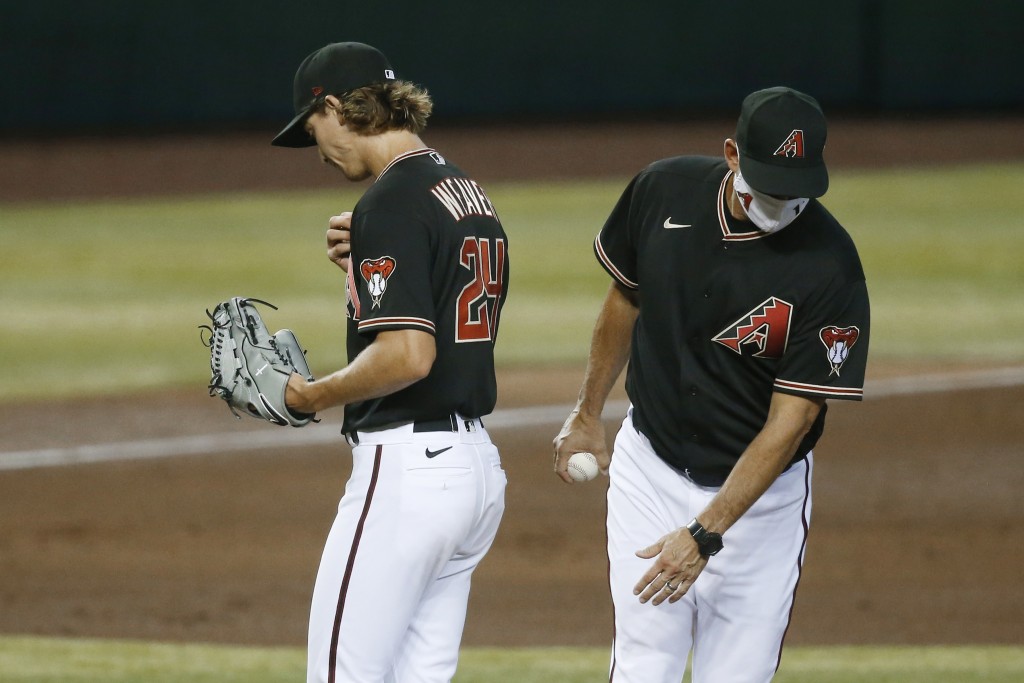 Reigning National League MVP Cody Bellinger got the evening off after struggling in the season's first eight games, batting just .139 with no homers. The Dodgers' offense was just fine without him.

The bottom of the order showed big power in the fourth inning when Ríos — who was hitting seventh in the lineup — smashed a two-run homer over the 413-foot sign in center field. Two batters later, nine-hole hitter Matt Beaty ripped another homer that barely stayed fair down the right-field line and gave Los Angeles a 3-1 lead.

D-backs starter Luke Weaver (0-2) took the loss after giving up six runs in four-plus innings. The hard-throwing righty cruised through the first three innings before giving up the two fourth-inning homers.

The Dodgers broke the game open with a five-run fifth when the first six batters reached base on Weaver and reliever Yoan López. Justin Turner hit a two-run triple and Pollock added a two-run homer as Los Angeles pushed its lead to 8-2. Taylor's three-run homer in the eighth made it 11-2.

Dodgers starter Julio Urías (1-0) gave up two runs over six innings while striking out five. The D-backs had five hits, including run-scoring singles from Eduardo Escobar and Carson Kelly.

Weaver made a spectacular and painful second out of the first inning when he was drilled on the backside by a hard liner from Corey Seager. The ball bounced toward the first base line before Weaver sprinted after it, reached down and flipped the ball with his glove to Ildemaro Vargas for the out.

Dodgers: The Dodgers made a roster move for a third straight day, calling up RHP Mitch White. The 25-year-old White replaces RHP Tony Gonsolin, who made a spot start on Friday. White split time between Double-A and Triple-A last season, finishing with a 4-6 record and 5.09 ERA.

Diamondbacks: Arizona called up utility man Andy Young. The 26-year-old can play all over the infield and in the corner outfield positions and is expected to provide depth at all of them. Young said that even though his dad couldn't physically be in Chase Field for his first game, he flew from Fargo, North Dakota, to Phoenix just to be in the same city for his debut. Young got in the game as a defensive replacement in the eighth. The D-backs sent Josh Rojas to the alternate training site to make room for Young's spot.

Dodgers: Three-time NL Cy Young Award winner Clayton Kershaw will take the mound Sunday for the first time this season. The left-hander was scheduled to start opening day but was a late scratch because of a back injury.

Diamondbacks: Arizona sends RHP Merrill Kelly (1-0, 1.17) to the mound. Kelly gave up just one run in 7 2/3 innings against the Rangers in his previous start.