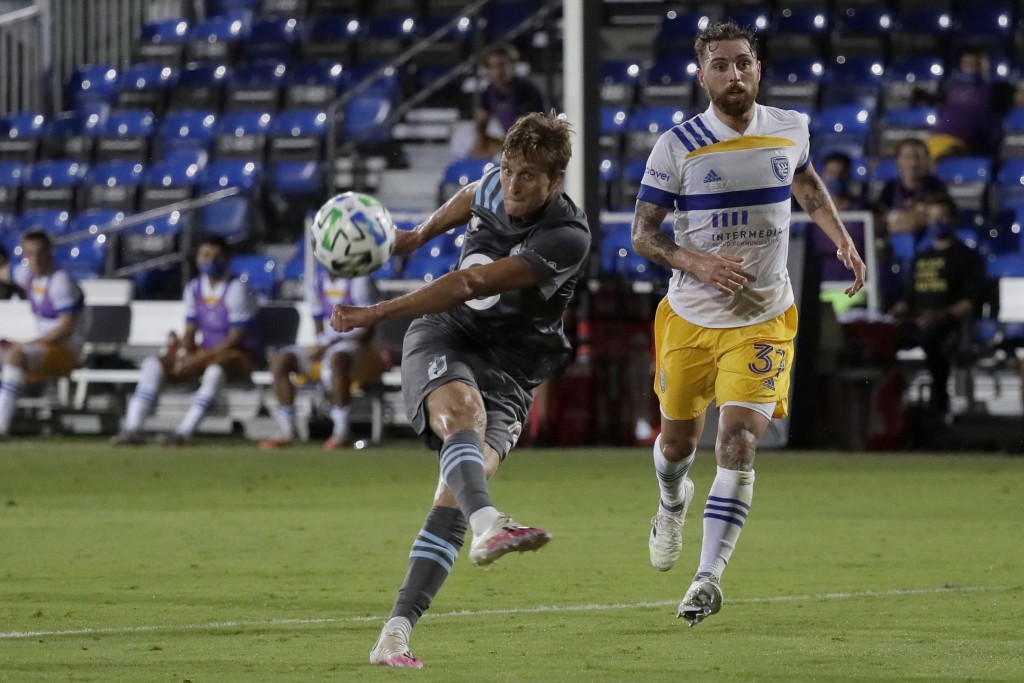 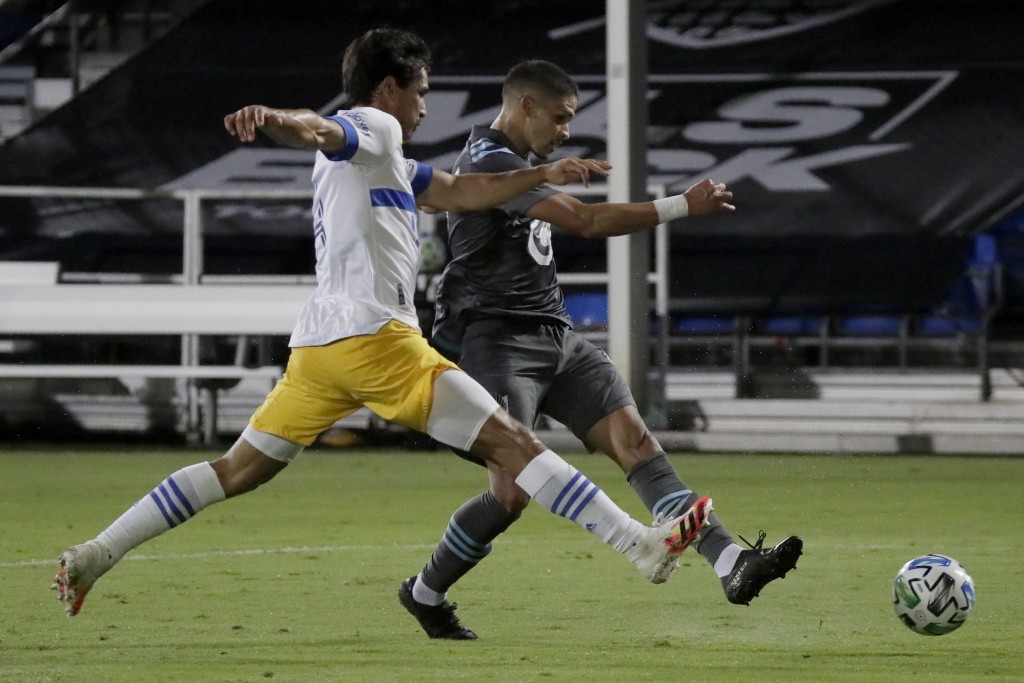 LAKE BUENA VISTA, Fla. (AP) — Robin Lod had a goal and an assist, Hassani Dotson had two assists and Minnesota United advanced in the MLS is Back tournament with a 4-1 victory over the San Jose Earthquakes in a quarterfinal match Saturday.

Lod and Jacori Hayes scored first-half goals 90 seconds apart to give Minnesota a 2-0 lead at halftime. Magnus Eriksson helped the Earthquakes get within a goal early in the second half on a penalty kick before Minnesota's Luis Amarilla and Marlon Hairston scored to put it out of reach.

Minnesota United will face Orlando in Thursday's semifinal, with the winner advancing to the championship game on Aug. 11.

Lod put Minnesota United on the board in the 20th minute when he had an open shot after San Jose goalkeeper Daniel Vega was caught out of position. Hayes quickly put the Loons up by two in the 21st minute when he put in a rebound after Vega deflected Hassani Dotson's shot.

San Jose was awarded a penalty kick after a video review when it was determined that Hayes committed a hand ball inside the box. Eriksson converted on the penalty with his third goal of the tournament in the 50th minute.

Amarilla put Minnesota back up by two six minutes later with a left-footed finish just past the near post. Hairston closed the scoring in the 86th minute after getting a crossing pass from Dotson.