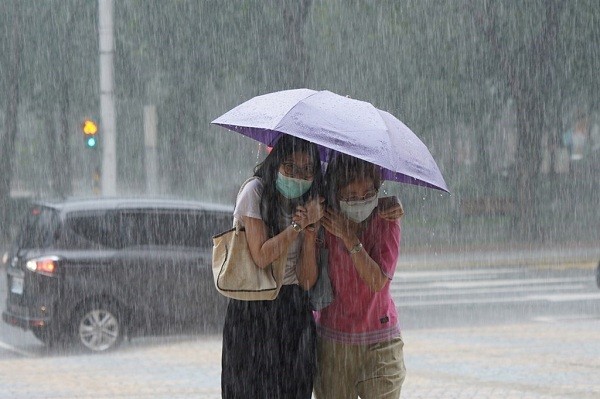 Unstable weather is expected in parts of Taiwan as tropical storm Hagupit moves closer to the country, with brief downpours and thunderstorms possible starting Sunday afternoon, according to the Central Weather Bureau (CWB).

The downpours and thunderstorms may affect areas in Keelung City and the northern coast, as well as parts of eastern and southern Taiwan, the CWB said.

With the exception of northern parts of the country and the Penghu archipelago, which saw sporadic rainfall in the early morning, the weather in other parts of Taiwan are mostly stable before noon, the CWB said.

In the afternoon, western Taiwan may see heavy rain, while some areas in the northern parts of the country will have showers or thunderstorms as the tropical storm moves closer to the island, the CWB forecast.

The bureau added that it is possible for the mercury to hit 32 to 35 degrees Celsius during the day throughout most of the country, while parts of Taipei and Taoyuan may be over 36 degrees.

Starting Sunday, winds around Taiwan are expected to strengthen, with surging waves reaching two to three meters high, according to the CWB.

A sea warning was issued at 5:30 a.m. Sunday for Hagupit, which was located 450 kilometers east of Taiwan's southernmost tip of Eluanbi at 8 a.m., moving in a north northwesterly direction at a speed of 17 km per hour according to CWB data.

With a radius of 80 km, Hagupit was packing maximum sustained winds of 65 kph (averaged over a 10-minute period), with gusts (sustained for 1 minute) of up to 90 kph.

The international standard for a typhoon is when maximum sustained winds reach 119 kph.

The tropical storm is expected to be closest to Taiwan between Sunday night and Monday morning, and a land warning may be issued if it moves west towards the country, the CWB said.