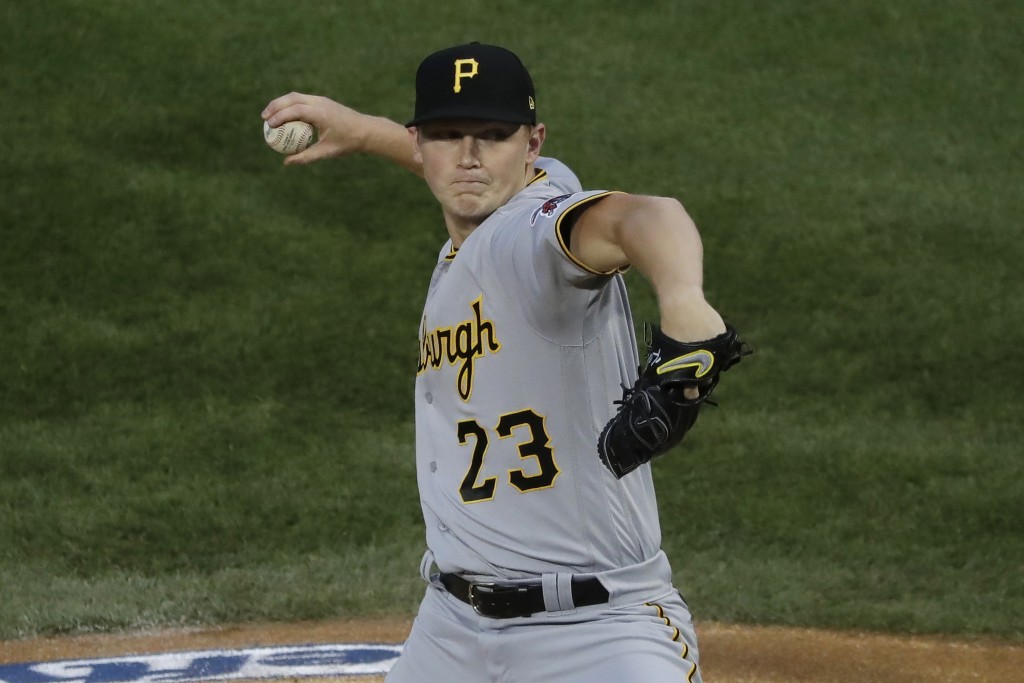 CHICAGO (AP) — Pittsburgh Pirates right-hander Mitch Keller left his start against the Chicago Cubs on Saturday night with an injury.

Keller, one of Pittsburgh's top young pitchers, was visited by a trainer after he bounced a curveball to Willson Contreras with two out in the third inning. After a short conversation, he walked off the mound and was replaced by Chris Stratton.

Keller was selected by the Pirates in the second round of the 2014 amateur draft and made his big league debut last May. He pitched five effective innings in a 5-1 victory at St. Louis in his first start this season.