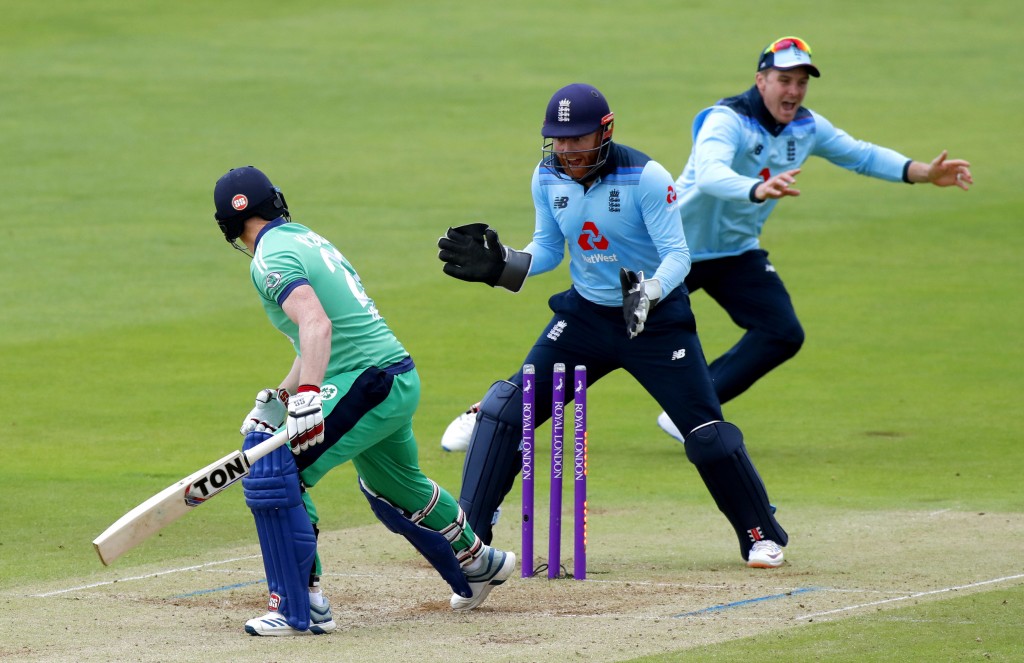 SOUTHAMPTON, England (AP) — Ireland overcame another poor start against England to finish on 212-9 at the Rose Bowl in the second one-day international on Saturday.

Ireland won the toss and fell to 91-6 at the Rose Bowl before Curtis Campher led the recovery. Campher, in only his second ODI, scored an 87-ball 68 with eight fours before being dismissed by seamer Saqib Mahmood (2-45).

Campher shared two key partnerships late in the innings — a seventh-wicket 60-run stand with Simi Singh (25) and 56 runs for the eighth wicket with Andy McBrine (24).

Players again took a knee to support Black Lives Matter before the game.

The three-match series, which is being played with no fans present, marks the start of the ICC Cricket World Cup Super League.