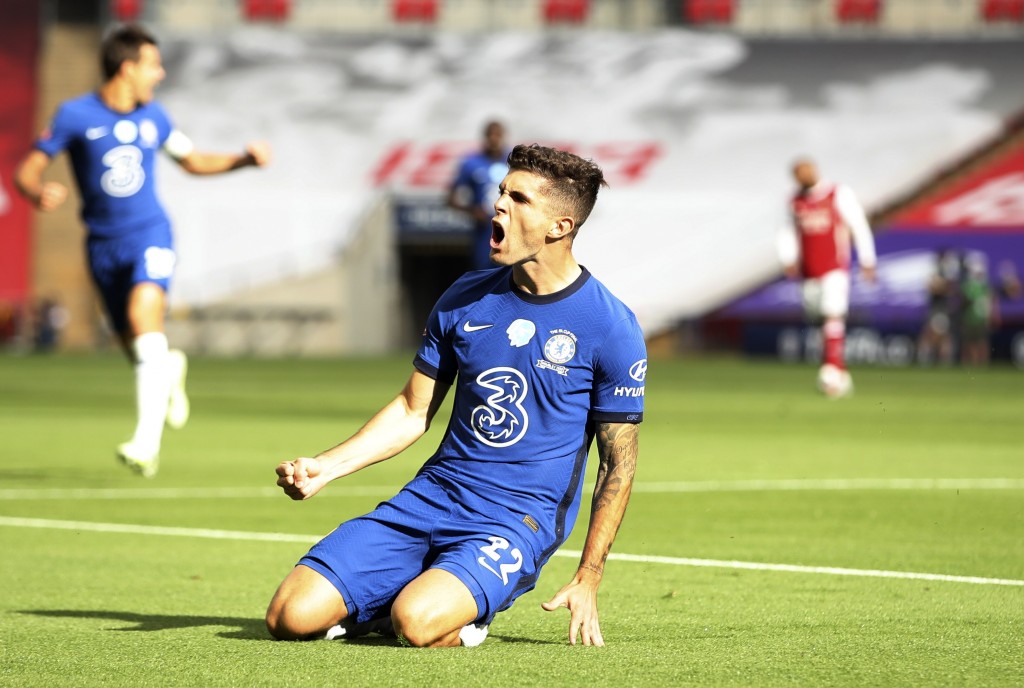 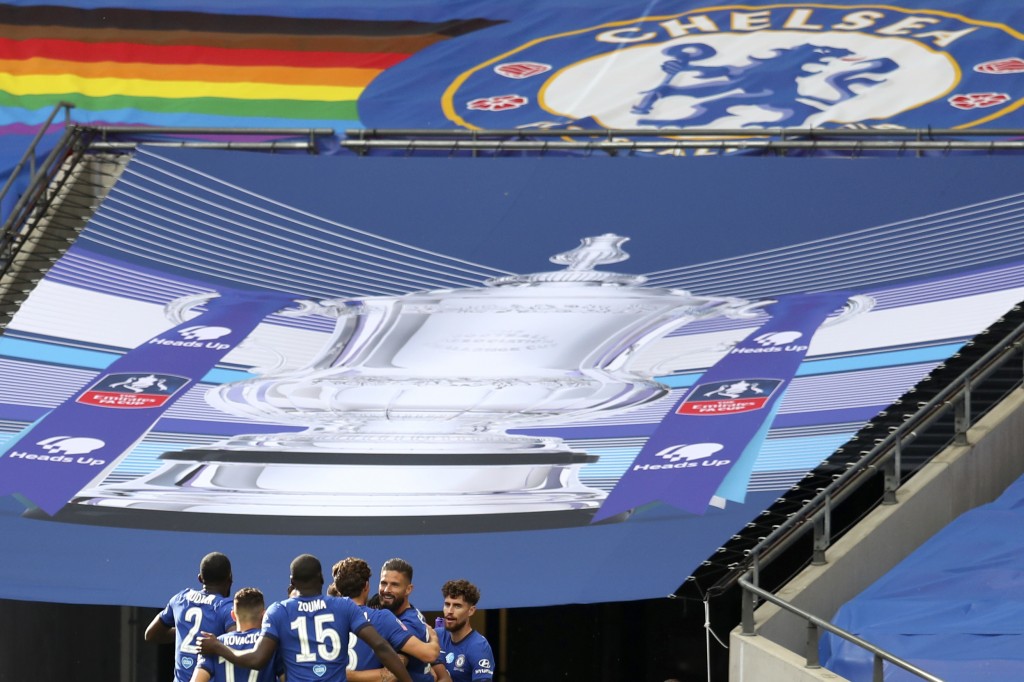 LONDON (AP) — Christian Pulisic has become the first American to score in an FA Cup final.

The 21-year-old winger gave Chelsea a 1-0 lead over Arsenal in the fifth minute at Wembley Stadium on Saturday, slotting in from close range after being set up by Olivier Giroud's flick.

Pulisic scored his 11th goal in all competitions in his first season at Chelsea.

The former Borussia Dortmund player is the third American to play in an FA Cup final after midfielder John Harkes for Sheffield Wednesday in 1993, and goalkeeper Tim Howard for Manchester United in 2004 and Everton in 2009.

The 139th FA Cup final is the first to be played in front of no fans due to coronavirus pandemic restrictions.