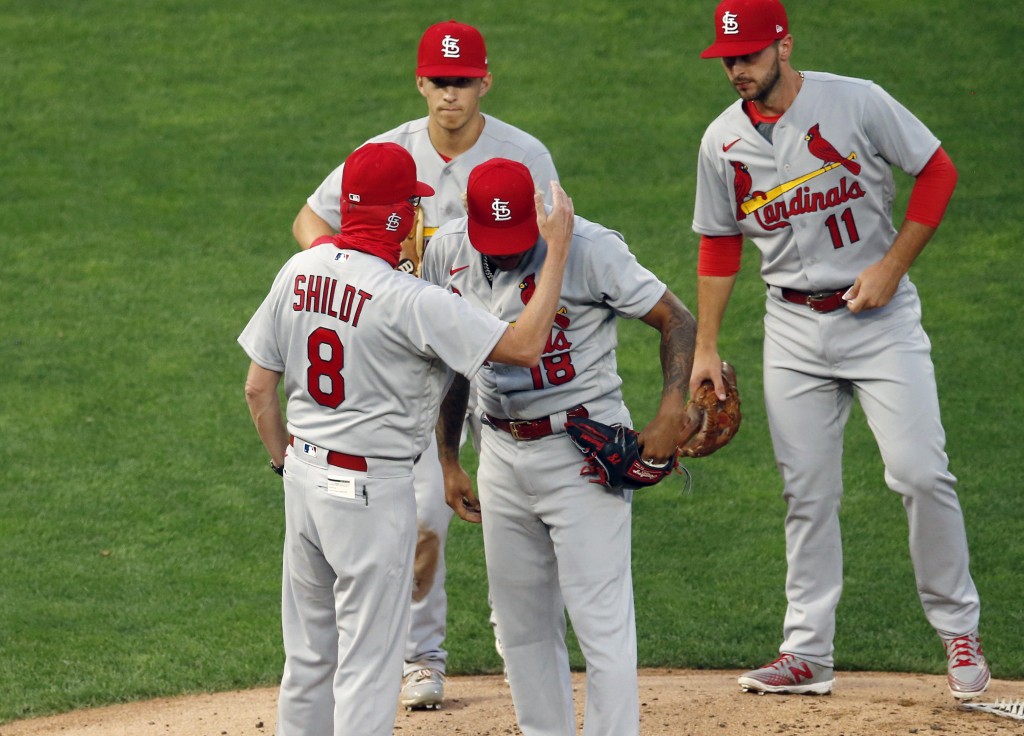 One more player and three staff members with the St. Louis Cardinals have tested positive for the coronavirus, leading to the postponement of their game Saturday at the Milwaukee Brewers, according to a person familiar with the situation.

The person spoke to The Associated Press on condition of anonymity because the results and postponement had not been announced.

Two Cardinals players were flagged for positive tests on Friday, forcing the series opener in Milwaukee to be called off. The teams had hoped to resume play Saturday and make up Friday's game as part of a doubleheader Sunday.