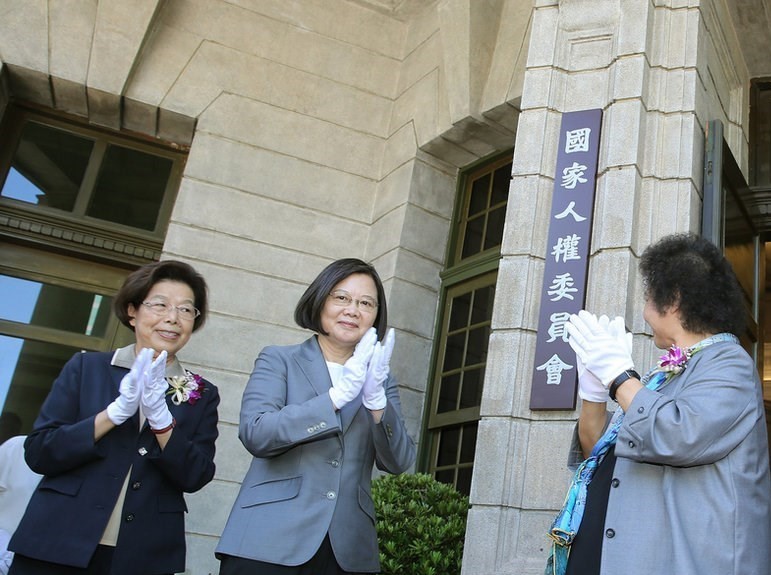 The establishment of the National Human Rights Commission (NHRC) on Saturday is a milestone for Taiwan as it aims to bring local laws and practices more in line with global standards, said President Tsai Ing-wen (蔡英文).

At the commission's inauguration ceremony in Taipei, Tsai described the body as an instrument designed to promote and protect human rights in Taiwan and fulfill the government's commitment to meet the Paris Principles. The Paris Principles are key evaluation criteria for national human rights institutions, adopted unanimously in a resolution by the United Nations Human Rights Commission in 1992, and also by the U.N. General Assembly in 1993.

The commission will be responsible for reviewing complaints of abuses and discrimination, drafting and proposing a national human rights report, and advising government agencies on related policymaking. Oversight of the NHRC will fall to the president of the Control Yuan and nine other members of the body responsible for investigating and censuring abuse by public officials and agencies.

Under the Organic Act of the Control Yuan National Human Rights Commission announced on Jan. 8, the committee's work will be divided into research, investigation, and education subcommittees.