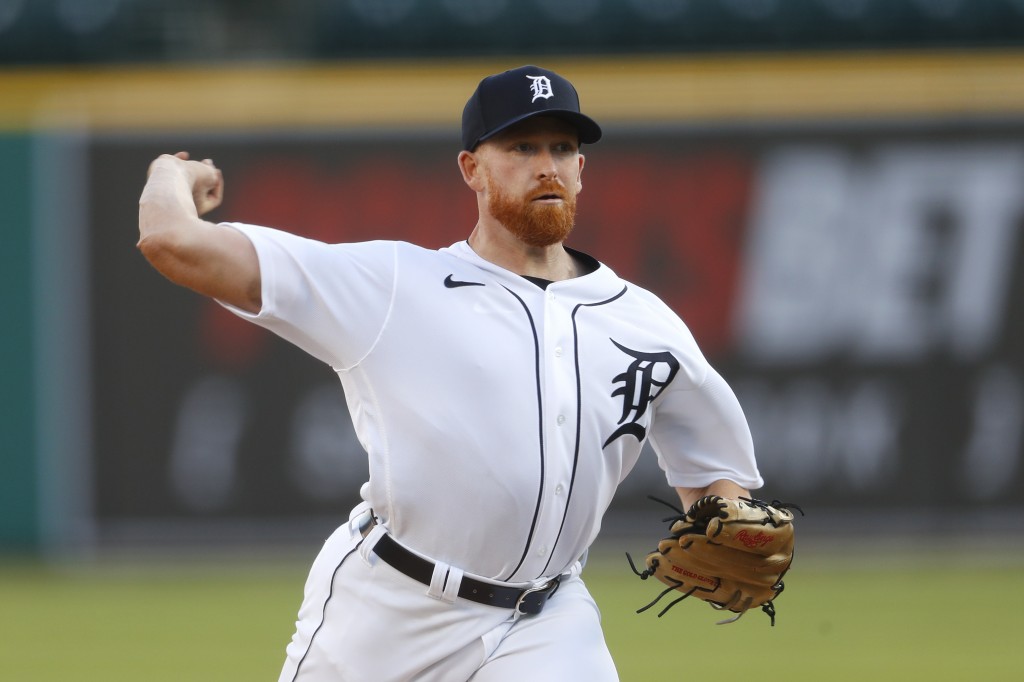 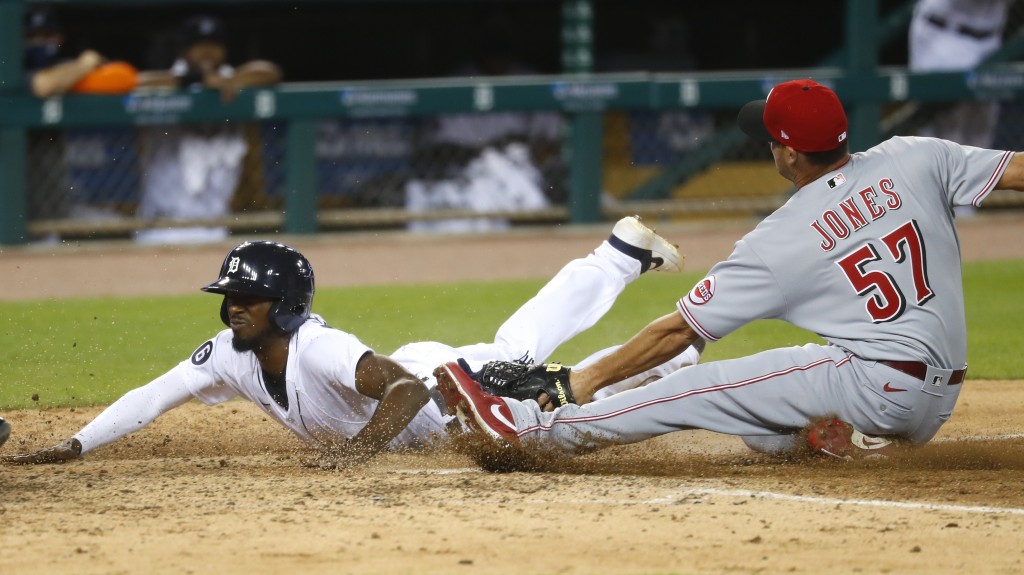 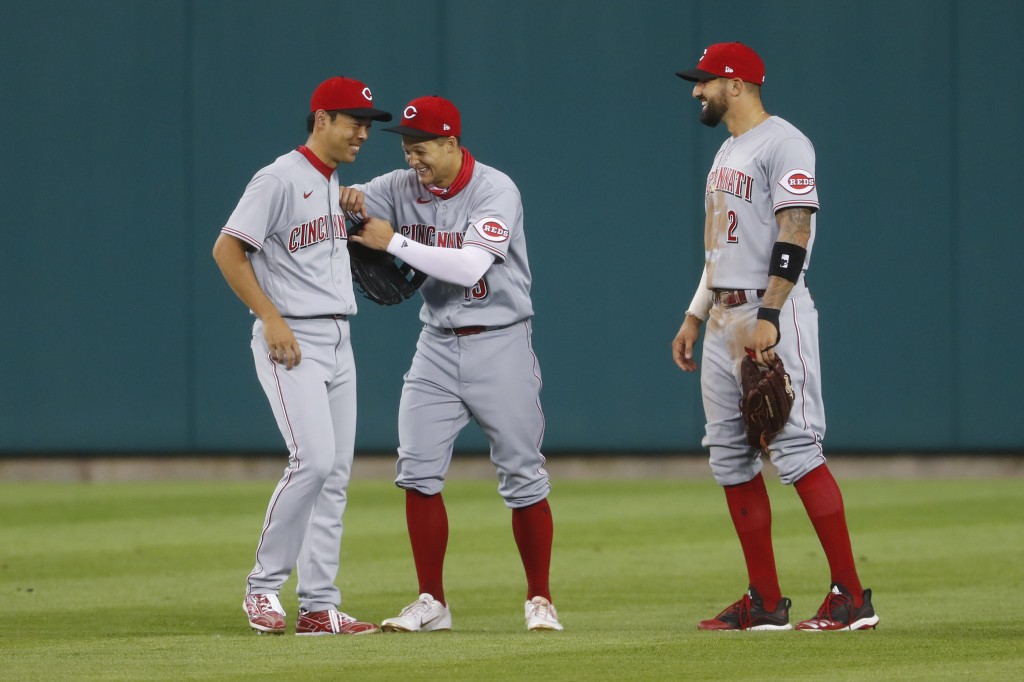 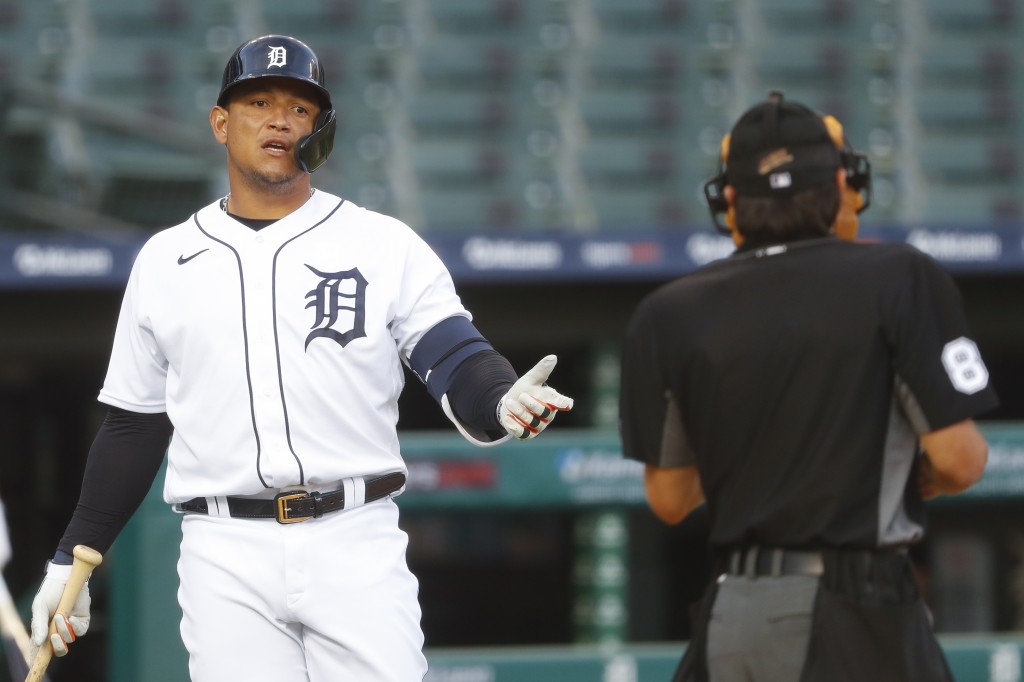 DETROIT (AP) — Spencer Turnbull and the Detroit bullpen combined on a three-hitter, Austin Romine and Travis Demeritte each drove in two runs and the Tigers beat the Cincinnati Reds 7-2 Friday night.

Turnbull led the majors in losses last season in going 3-17 as a rookie. The 27-year-old righty pitched five effective innings at Cincinnati last weekend in getting a no-decision in his first start, then fared well in his second time against the Reds.

Turnbull (1-0) allowed two runs and three hits in six innings. He struck out six, walked one and didn't allow a hit until former Tigers teammate Nick Castellanos doubled leading off the fifth.

The Tigers scored twice in the fifth to take a 3-2 lead on Romine's RBI double and Jacoby Jones' run-scoring single. They added two in the seventh to chase Castillo on Romine's RBI single and Nate Jones' wild pitch.

Demeritte hit a two-run double in the eighth. He had entered the game in the seventh as a pinch runner.

The Red took a 2-1 advantage in the fifth as Nick Senzel's double and Tucker Barnhart's single brought in the runs.

Tigers: OF Cameron Maybin was placed on the injured list with a strained right quadriceps. He sustained the injury while legging out an infield single in the ninth inning of Thursday night’s 5-3 loss to the Kansas City Royals. Detroit recalled Demeritte, an outfielder, from its satellite campus in Toledo to take Maybin’s place. Demeritte had a groin injury during much of summer camp.

Trevor Bauer (0-0, 1.42) goes for the Reds against Michael Fulmer (0-0, 13.50), in the second game of the series on Saturday at 1:10 p.m. Fulmer is making his second start since returning from Tommy John surgery. Fulmer’s first start was also against Cincinnati.