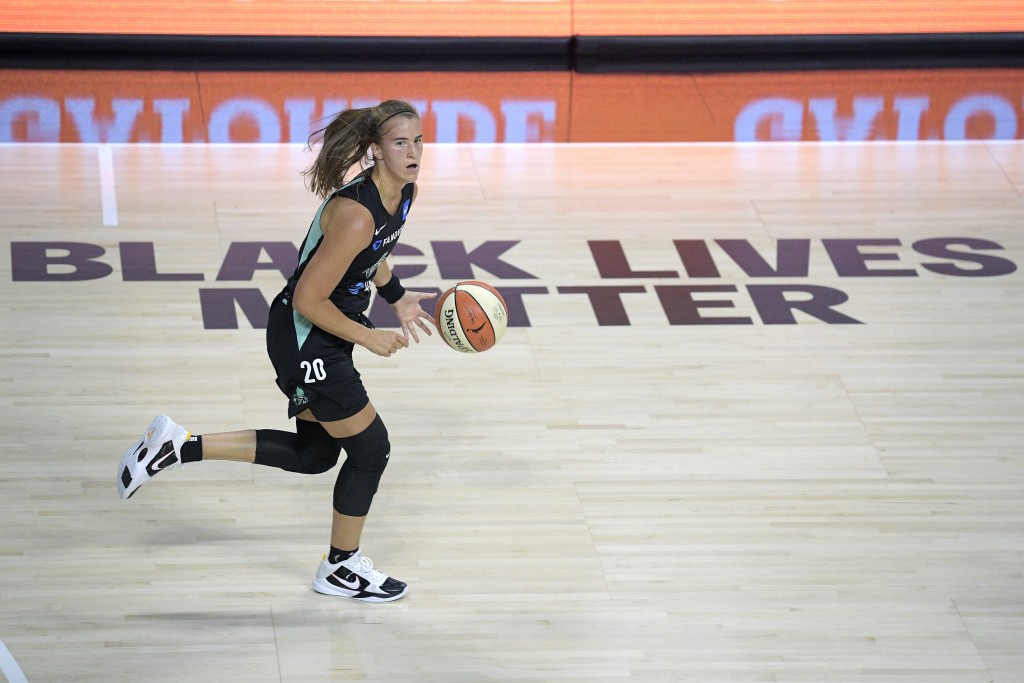 BRADENTON, Fla. (AP) — Betnijah Laney scored a career-high 30 points and the Atlanta Dream beat New York 84-78 Friday night, in a game in which the Liberty lost top draft pick Sabrina Ionescu to an ankle injury in the second quarter.

Laney’s 3-pointer with two minutes left in the third quarter gave Atlanta a 14-point — their biggest of the game — but New York (0-3) chipped away, trimming its deficit to 73-71 when Layshia Clarendon made a short jumper with 2:45 to play. Carter answered with a pull-up jumper and then Billings made two free throws and the Liberty got no closer.

Rookie Jazmine Jones scored a season-high 20 points to lead New York and Clarendon scored 16. Ionescu, the No. 1 pick in April's draft, left in the second quarter due to an ankle injury and did not return. She had 10 points on 4-of-5 shooting in 12 minutes.

Laney made a pull-up jumper to pull Atlanta within two at halftime and then the Dream scored the first 13 second-half points to make it 54-43 midway through the third quarter.