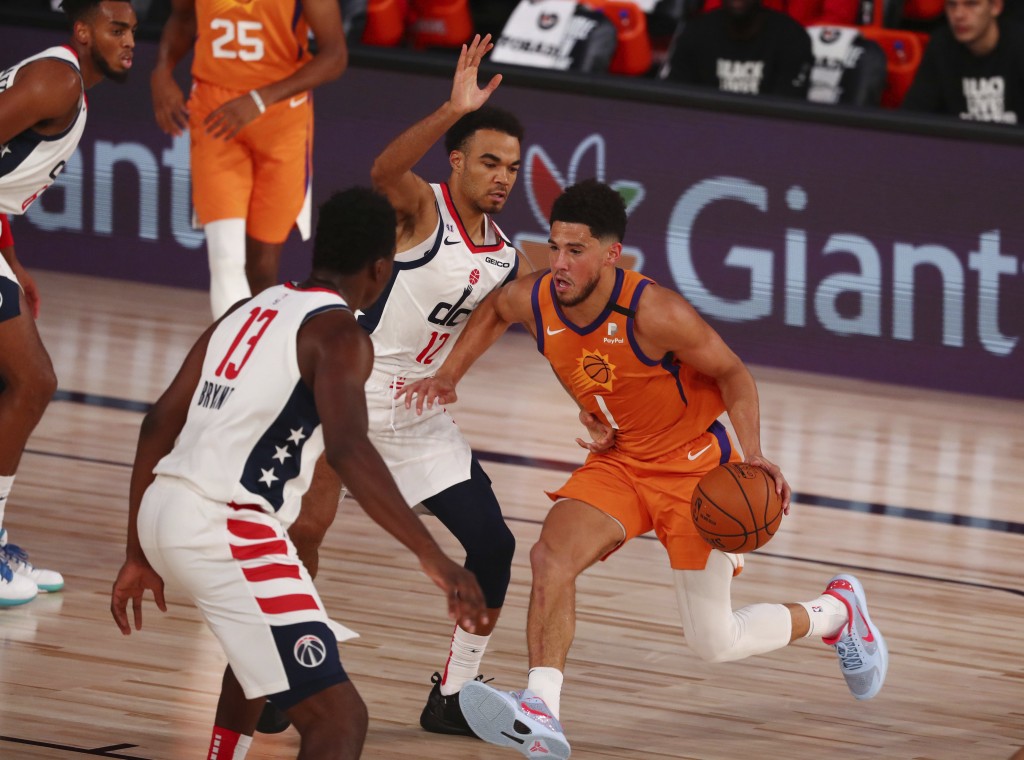 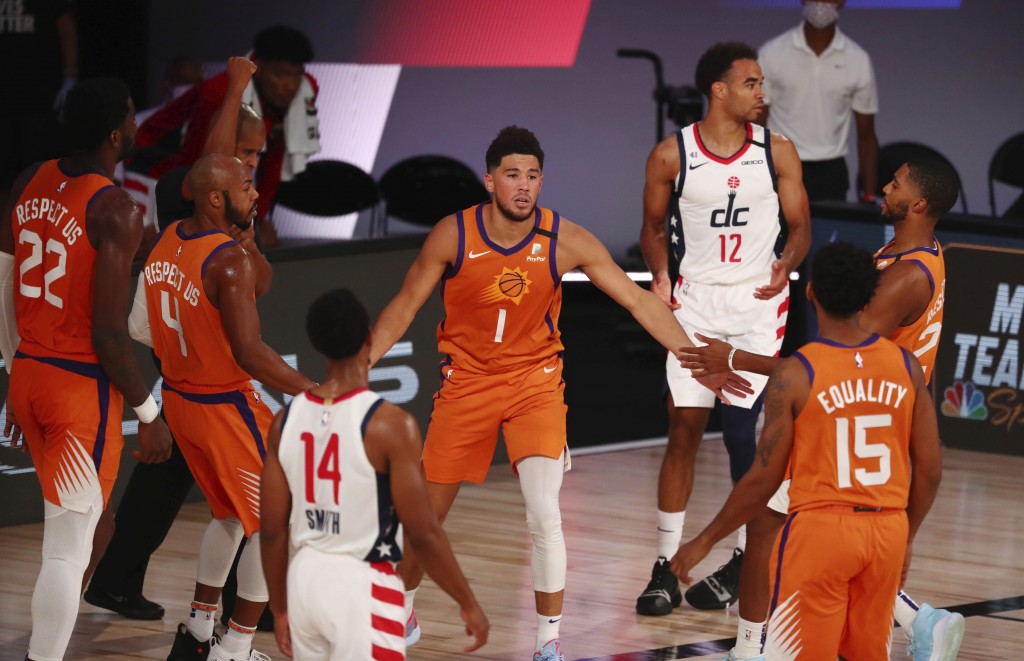 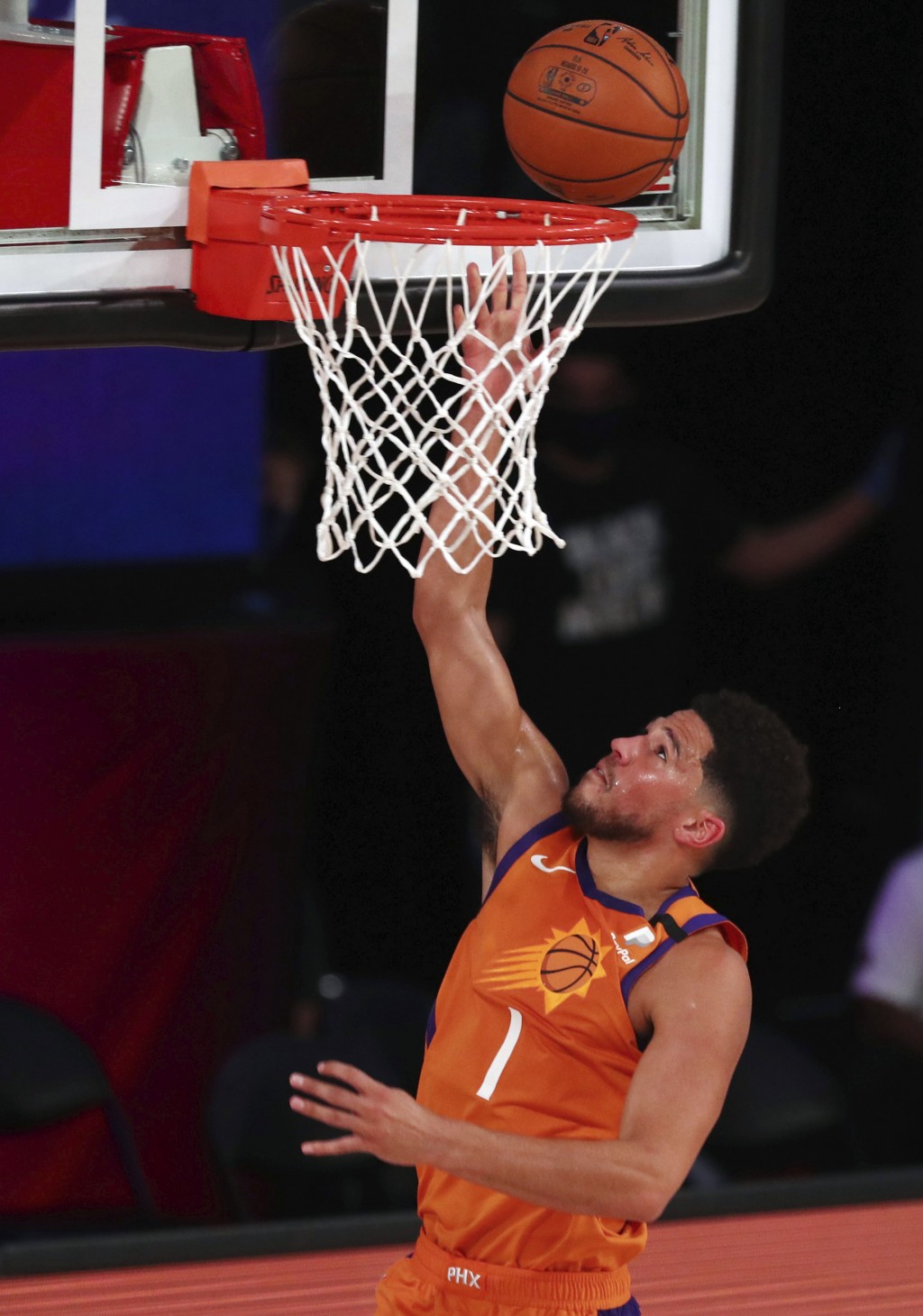 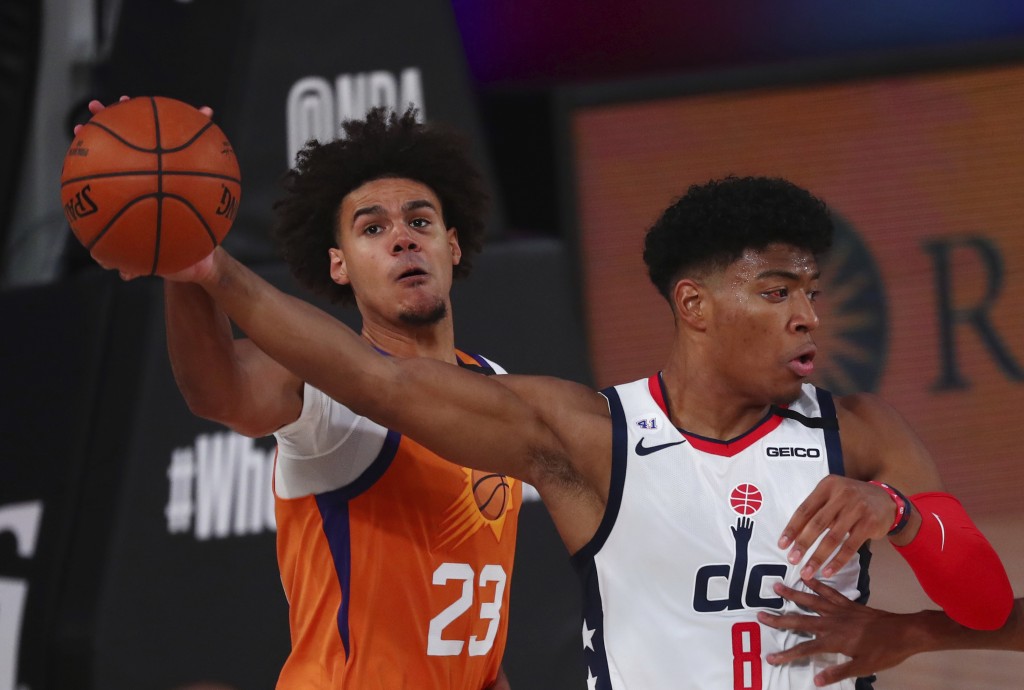 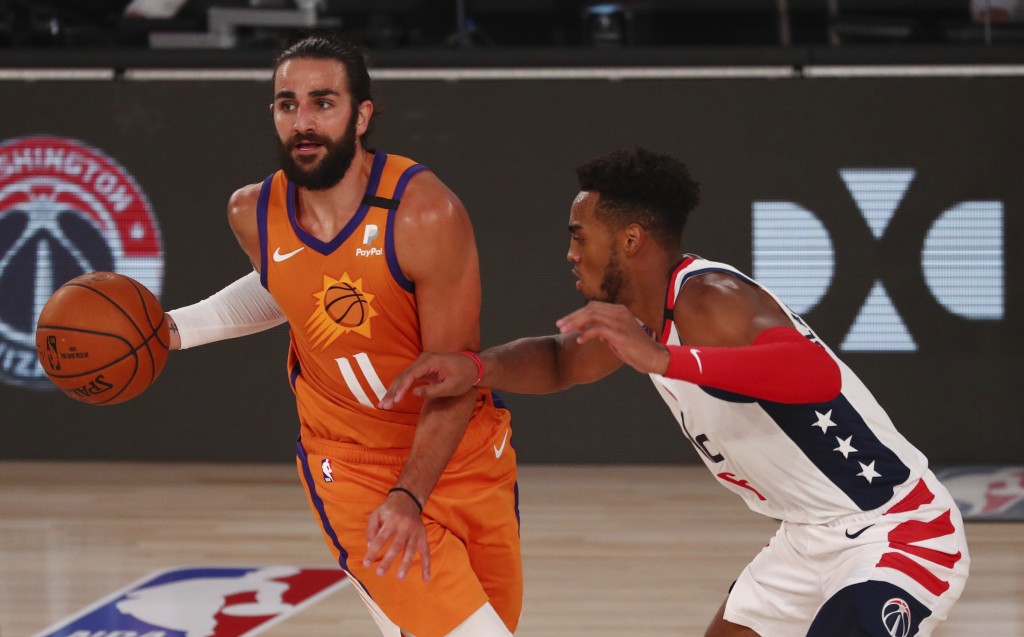 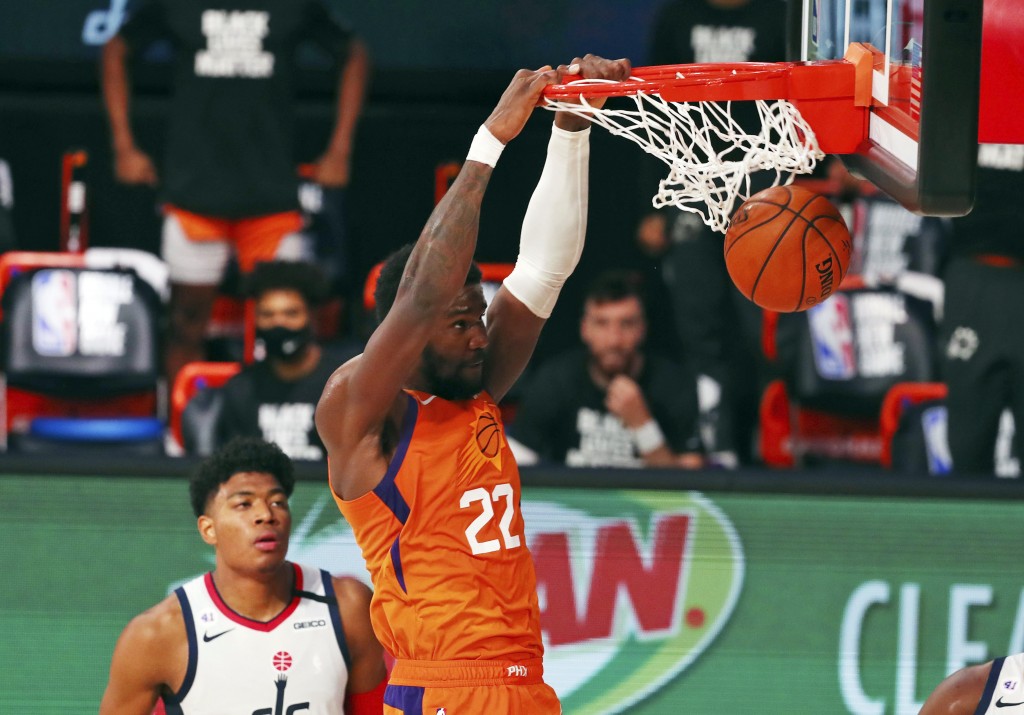 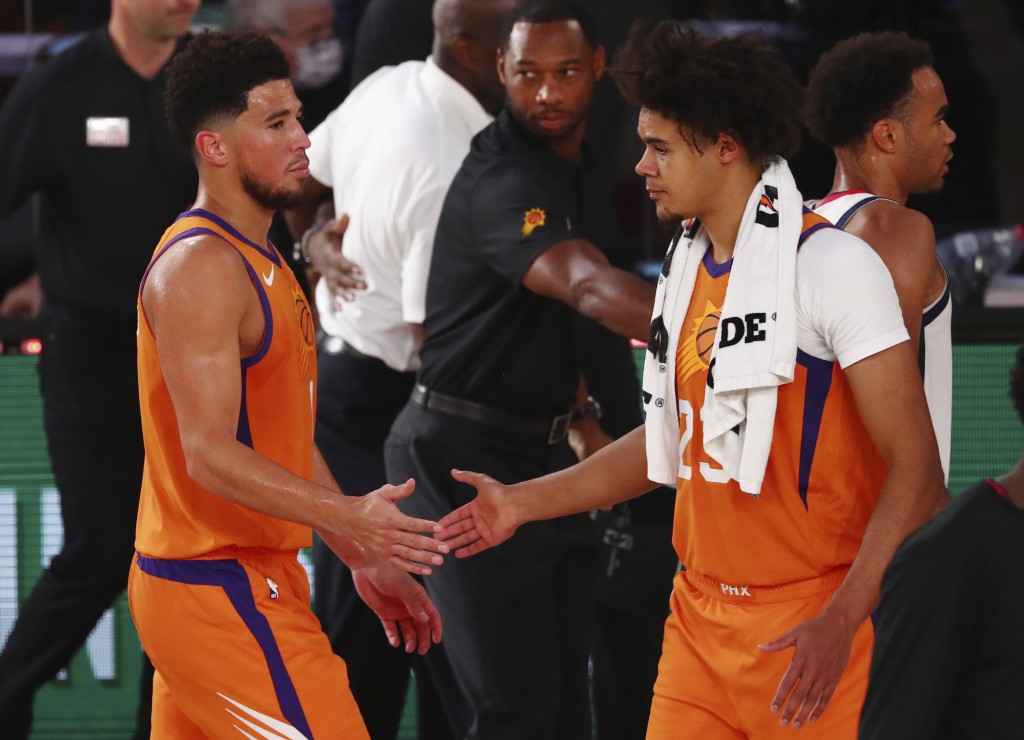 Booker made all nine of his free throws and the Suns hit 30 of 32 from the line. They shot 52% from the field, with Ayton hitting two of three 3-pointers and going 11 of 14 overall.

The Wizards entered the bubble without their top two scorers, Bradley Beal and Davis Bertans. Beal, the league’s No. 2 scorer at 30.5 a game, is out with a shoulder injury. Bertans doesn’t want to risk injuring his surgically repaired knees with free agency upcoming. Also, John Wall has missed the entire season with a torn Achilles tendon.

Still, Washington began the restart just 1 1/2 games out of earning a play-in situation.

Phoenix went on a 16-0 run in the second quarter and led 67-52 at the break. The Suns made all 21 of their free throws in the first half.

Washington scored the first seven points of the second half, but Phoenix held on and led 89-81 at the end of the third quarter.

Washington made a final push. Shabazz Napier hit a 3-pointer and was fouled with 4:26 remaining. His free throw cut Phoenix's lead to 111-104. The Suns answered, with back-to-back 3-pointers by Booker and Ricky Rubio pushing the advantage to 15.

Wizards: Garrison Mathews was out for personal reasons. ... Robinson scored 13 points on 5-for-5 shooting in 13 minutes in the first half. ... Ish Smith hit a deep 3-pointer to beat the first-quarter buzzer.