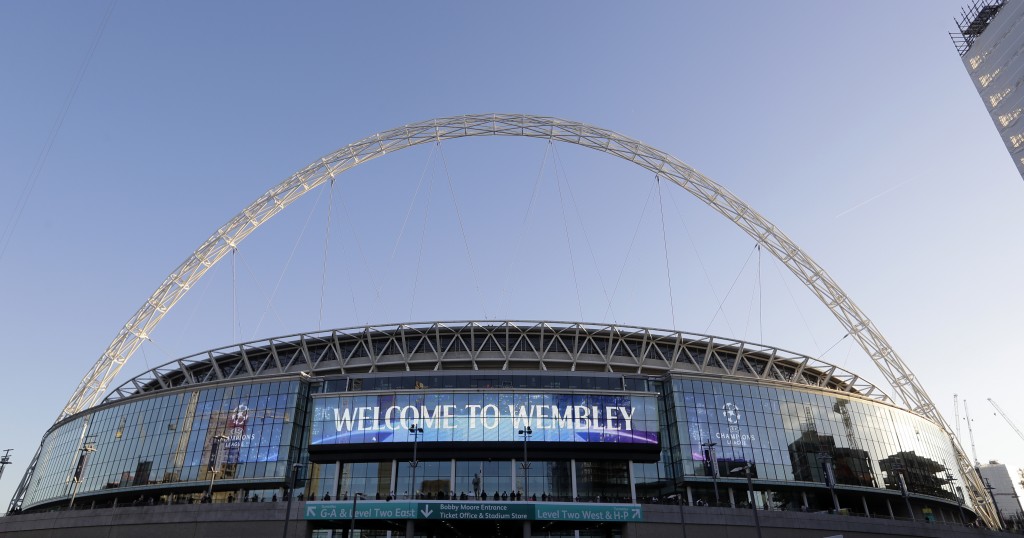 Wembley Stadium stages its biggest occasion without fans when Arsenal and Chelsea meet in the FA Cup final. The winning players will have to pick up the cup themselves due to coronavirus pandemic restrictions. Arsenal will be without defender Shkodran Mustafi, who underwent surgery on a hamstring injury sustained in the semifinal win over Manchester City. Chelsea will be missing Ruben Loftus-Cheek after the midfielder picked up a minor injury in training on Thursday. But midfielder N’Golo Kante is fit after hamstring trouble and winger Willian is back after missing the final match of the Premier League season with an ankle complaint. Winning the cup is Arsenal's last route into Europe next season through the Europa League. Chelsea has already sealed a spot in the Champions League by finishing fourth in the Premier League.

Football resumes in Belgium with the cup final between Club Brugge and Antwerp in Brussels. Club Brugge is chasing a domestic double after being awarded a 16th Belgian title in May when the government suspended all sporting competitions until July 31. The final will be held in an empty stadium because of a new surge of coronavirus infections that has led the Belgian government to reintroduce drastic social-distancing measures, including lowering crowd limits at outdoor public events to 200 people. Health authorities have urged fans to stay away from the King Baudouin Stadium in Brussels, to avoid large gatherings and to watch the game on TV.

Juventus will receive the Serie A trophy following its home game against Roma. Juventus, which sealed a record-extending ninth straight title last weekend, is expected to field players from its under-23 squad in the final match of the season. Second place will be determined by results of matches between Atalanta and Inter Milan, and Napoli and Lazio. Inter enters with a one-point lead over Atalanta and Lazio. Sampdoria visits already relegated Brescia.