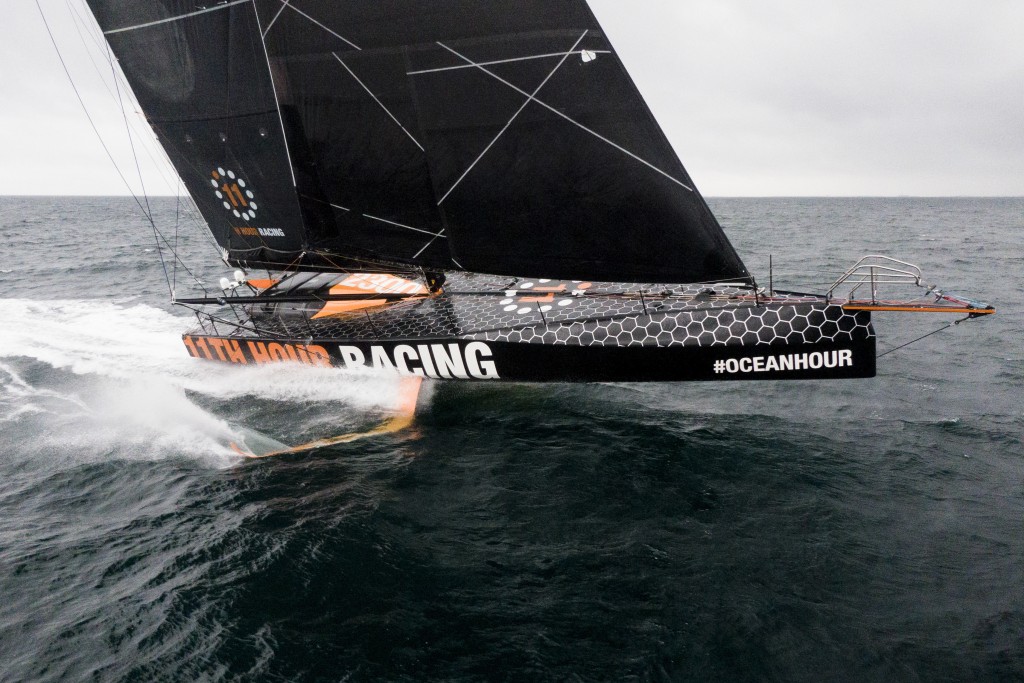 SAN DIEGO (AP) — With the coronavirus pandemic affecting sailing as much as it has other sports, an American-based team planning to compete in the next Ocean Race will relocate from France back to Rhode Island.

Newport-based 11th Hour Racing will leave France on Saturday aboard its 60-foot foiling monohull on a trans-Atlantic voyage that will take approximately 11 days.

It will give the sailors a chance to get back in their element after a long pandemic-forced shutdown and to test everything from a radical new hydrofoil to a collision-avoidance system.

“Given the uncertainty of the world, we want to be closer to home and closer to our sponsor,” Charlie Enright, co-skipper along with fellow Brown alum Mark Towill, said in a phone interview.

The team has been off since December due to the pandemic and a boat retrofit. The next edition of the Ocean Race had been scheduled to start in October 2021 but has been pushed back a year.

“That’s had a very dramatic effect to planning and operations,” Towill said. “We’ve just been trying to stay safe and take this thing seriously.”

Towill said the crew has an extensive COVID policy in place, and has found there’s a fine balance between trying to keep the program moving along while being safe and responsible.

“We’ve been wearing masks while sailing in France, living together, essentially being in a bubble. When we set sail, we’ll definitely be in a bubble on the boat.”

The boat will be sailed with the normal crew of four males and one female, plus onboard reporter Amory Ross.

Towill, the team CEO, was scheduled to make the voyage but had to tend to a personal issue in Hawaii. He is being replaced by Justin Shaffer, who is in charge of special projects.

Fisher won the Volvo Ocean Race in 2014-15 as navigator of Abu Dhabi Ocean Racing and sailed with Enright and Towill in the 2017-18 VOR.

Langford sailed every offshore leg with third-place finisher Team Brunel in 2017-18. He won the America’s Cup in 2013 with Oracle Team USA and was with the Australian team that won the inaugural SailGP title last year.

The voyage will give the crew a great opportunity to test a new hydrofoil.

“Being in the middle of the ocean is the best way to get hours on the water,” Towill said. “When you’re day sailing, you only get a few hours of quality sailing, but when you sail across an ocean, it’s 24/7.

The team is committed to ocean health. With the amount of trash increasing in the oceans, the crew will test a collision-avoidance system called OSCAR.

“It’s a growing concern for us,” Towill said. “We have observed more and marine debris in the ocean, which has been at the top of our minds.”

The collision-avoidance system includes powerful cameras mounted on top of the mast.

The crew has also installed equipment to measure carbon dioxide, among other things, in the ocean.

Towill and Enright said the amount of microplastics in the oceans is staggering.

“It’s not what you see, it’s what you don’t see,” Enright said. “If you’re looking for a visual, watching a refrigerator float by is scary. We wouldn’t want to hit that with the new foil.”

Towill and Enright are motivated heading into their third ocean race. They have finished fifth both times, including in the last edition after two major setbacks.

Their sloop collided with a Chinese fishing boat in the dark while approaching Hong Kong at the end of Leg 4, killing one person aboard the fishing boat, which sank. The race boat was also damaged and had to be shipped to New Zealand.

The crew finished second and first on the race’s last two legs.

Towill and Enright aren’t daunted by what can happen on the high seas.

“I think that’s part of what this race is all about,” Towill said. “You try to do your preparation and planning, and inevitably you do the best job you can dealing with what you didn’t prepare for and what it throws at you.”