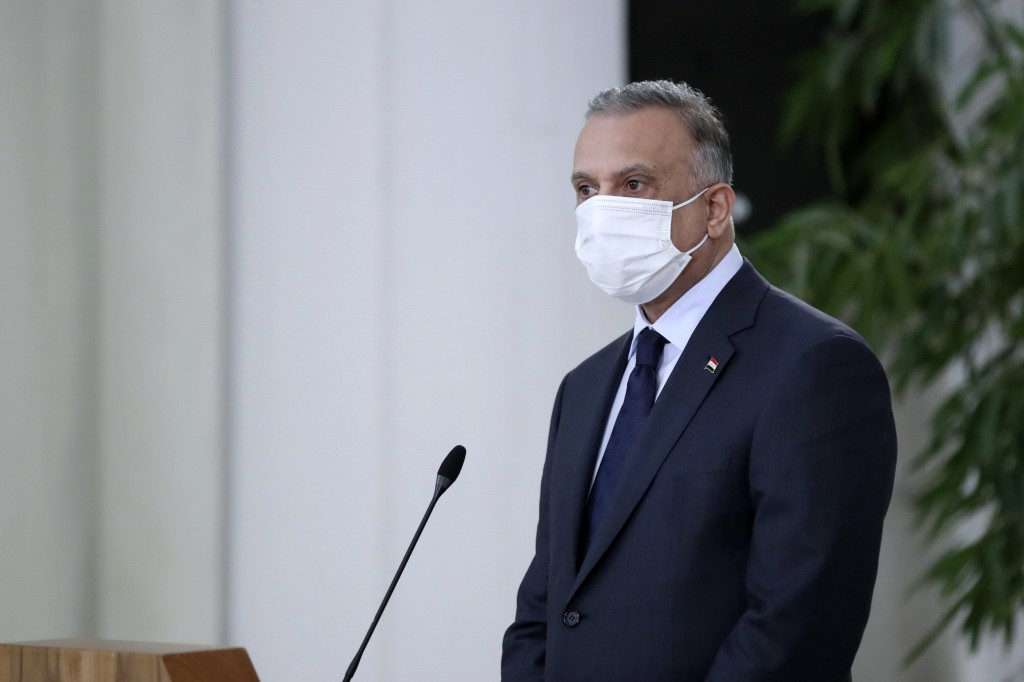 BAGHDAD (AP) — Iraq will hold early general elections next June, the country's prime minister announced Friday, fulfilling a promise made when he took office to meet a key demand of anti-government protesters.

Prime Minister Mustafa al-Kadhimi said the June 6 vote will come a year earlier than scheduled. The protesters had demanded early elections and a reformed electoral law when they took to the streets in anti-government demonstrations that erupted last October. The rallies, led by Iraqi youth, swept over Baghdad and the Iraqi south, decrying rampant corruption in the country.

Over 500 protesters were killed in the demonstrations as Iraqi security forces used live ammunition and tear gas to disperse crowds. Pressure from the protests lead to the resignation of Prime Minister Adel Abdul-Mahdi. Al-Kadhimi came to power following a political consensus in May and promised to deliver on key demands by the protesters.

It is unclear under what electoral law the elections will be held. The premier's announcement has effectively thrown the ball in parliament's court, which must officially vote on the new date. But political differences prevail over the implementation of a new electoral law passed late last year.

Parliament approved the law in December, aiming to give political independents a better chance of winning seats in parliament and weaken the hold of ruling elites.

If implemented, the law would change each of the country’s 18 provinces into several electoral districts, with one legislator elected per 100,000 people. Crucially, the law also prevents parties from running on unified lists, which in the past has helped them sweep all the seats in a specific province. With the new law seats will go to whoever gets the most votes in the electoral districts.

The May 2018 election drew abysmal voter turnout and were tainted with allegations of fraud.

In a statement the U.N. welcomed al-Kadhimi's decision and said it was ready to provide support and technical advice, if requested by his government.