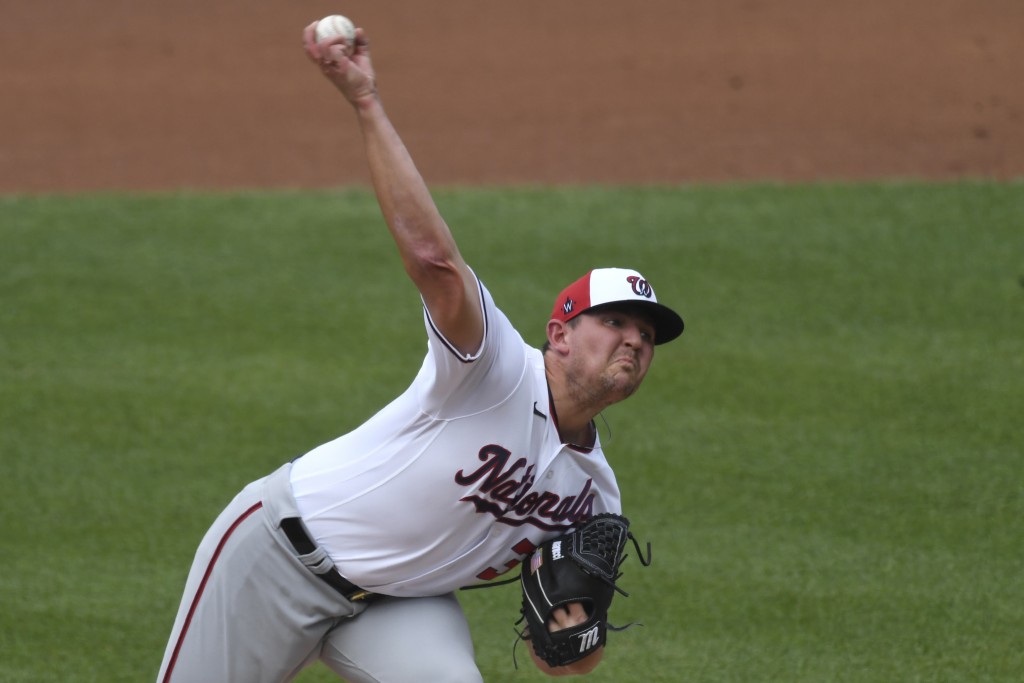 WASHINGTON (AP) — New Nationals reliever Will Harris was put on the 10-day injured list Friday with a strained right groin.

The move is retroactive to Wednesday, the day after Harris last pitched, giving up two unearned runs in the eighth inning of Washington's 5-1 loss to the Toronto Blue Jays.

Harris is 0-0 with a 6.75 ERA and one blown save in his first season with the Nationals. The 35-year-old right-hander signed a $24 million, three-year contract after losing the World Series to the Nationals while with his previous team, the Houston Astros.

He missed time during this year's original spring training in Florida in February because of an abdominal muscle problem.

Nationals manager Dave Martinez first mentioned that Harris was dealing with a groin issue after five other relievers were used by Washington in a 6-4 victory over Toronto on Thursday night.

At the time, Martinez said the club was hoping that its current stretch of four days off might give Harris a chance to heal.

Because of a coronavirus outbreak among the Marlins, Washington's series at Miami this weekend was postponed. The Nationals won't play again until hosting the New York Mets on Tuesday.