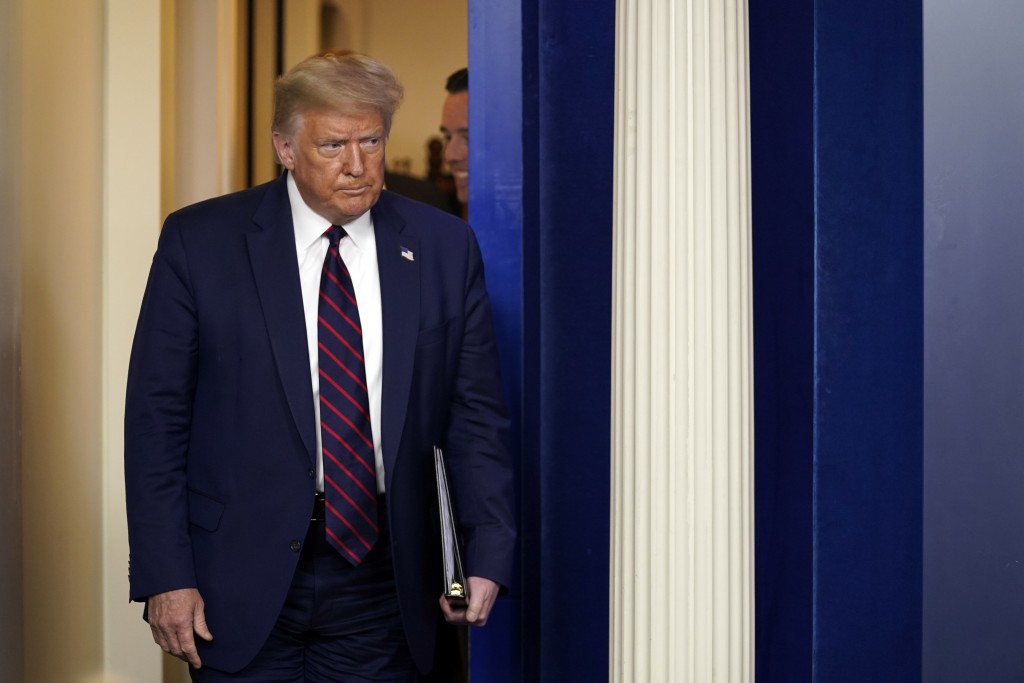 NEW YORK (AP) — An organization that successfully proved President Donald Trump violated the law when he blocked Twitter critics sued him anew on Friday, saying he continues to reject some accounts two years after losing in court.

The Knight First Amendment Institute at Columbia University sued Trump a second time in Manhattan federal court over use of his @realDonaldTrump Twitter account, saying the president and his staff continue to block some accounts.

Some individuals identified in a lawsuit filed in 2017, along with dozens of others who were blocked on the basis of viewpoint, have been unblocked, the lawsuit said.

But lawyers say the White House has refused to unblock those who can't identify which tweet led them to be blocked and others who were blocked before Trump was sworn in more than three years ago.

“It shouldn’t take another lawsuit to get the president to respect the rule of law and to stop blocking people simply because he doesn’t like what they’re posting,” said Katie Fallow, senior staff attorney at the Knight Institute, in a release.

The lawsuit identified as plaintiffs five individuals who remain blocked, including a digital specialist with the American Federation of Teachers, a freelance writer and researcher, a former teacher, an actor and Donald Moynihan, a professor of public policy at Georgetown University.

Moynihan could not point to a specific tweet that caused him to be blocked because he periodically deletes tweets, the lawsuit said. It added that when the institute pressed the White House to unblock Moynihan, the request was rejected.

The lawsuit said the Knight Institute was told: “Donald Trump does not intend to unblock persons who were blocked prior to his inauguration or who cannot identify a tweet that preceded and allegedly precipitated the blocking.”

It said at least 27 other Twitter accounts remain blocked.

A federal appeals panel last July concluded Trump violated the First Amendment whenever he blocked a critic to silence a viewpoint. The three-judge panel had concluded that the president’s daily pronouncements and observations were overwhelmingly official in nature.

A message seeking comment was sent to the Justice Department.