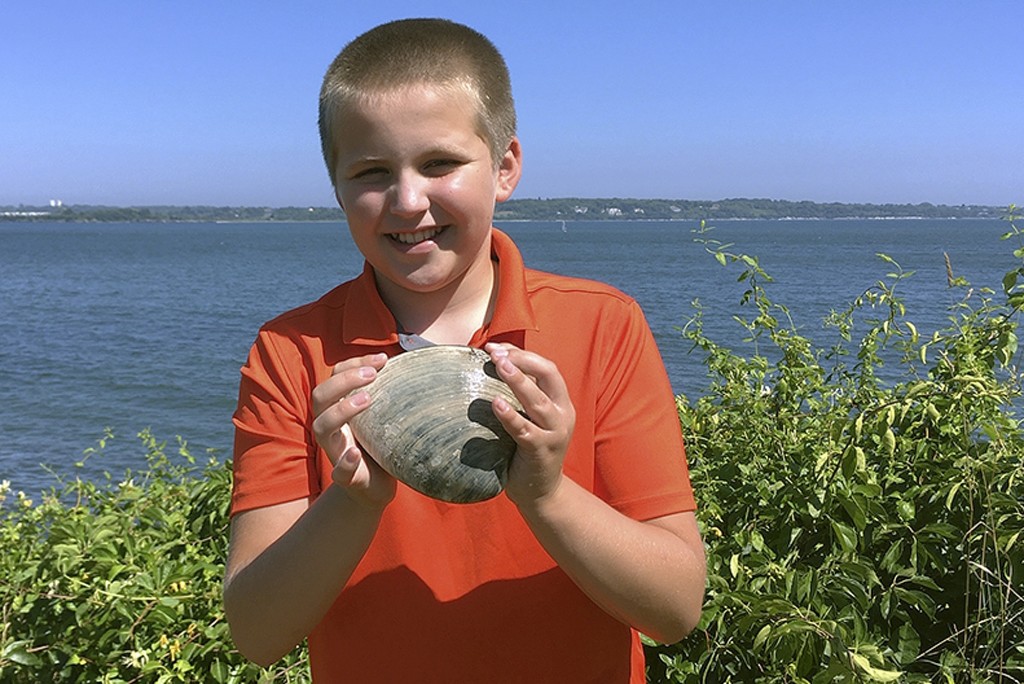 NARRAGANSETT, R.I. (AP) — An 11-year-old Rhode Island boy clamming with his grandfather found a giant quahog that is thought to be one of the largest ever harvested in state waters.

Cooper Monaco, of Wakefield, found the massive mollusk Monday in the Weekapaug section of Westerly, and donated it to the University of Rhode Island’s Marine Science Research Facility in Narragansett, the university said in a statement Thursday.

The clam is 5.75 inches (14.5 centimeters) across and weighs nearly 2 1/2 pounds (1.3 kilograms). The state Department of Environmental Management does not keep quahog records, but a typical quahog grows to about 4 inches (10 centimeters) across, the university said.

“I was down on my hands and knees in the water looking for clams, and I touched this huge rock thing,” Cooper said in the statement. “I always pull out rocks and throw them to the side and look under them. And then I felt the edge of it and I thought, ‘holy moly, this is a clam.’ So I pulled it out. It was amazing.”

He knew it was unsually large, so told his mother not to cook it.

Ed Baker, the manager of the URI Marine Science Research Facility, plans to put the quahog on display.