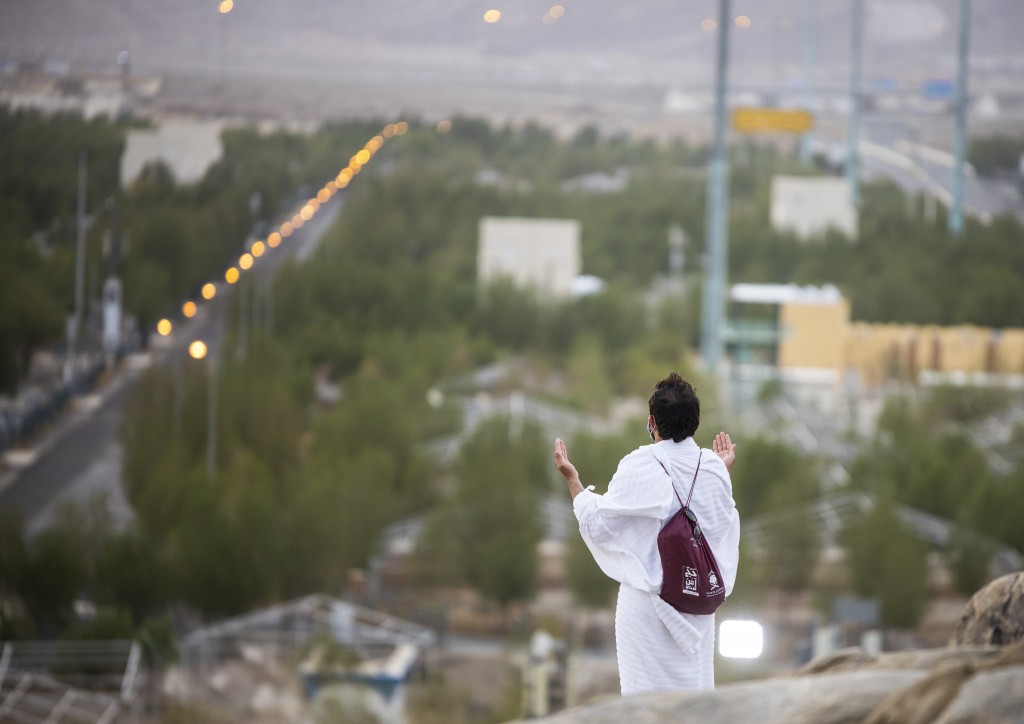 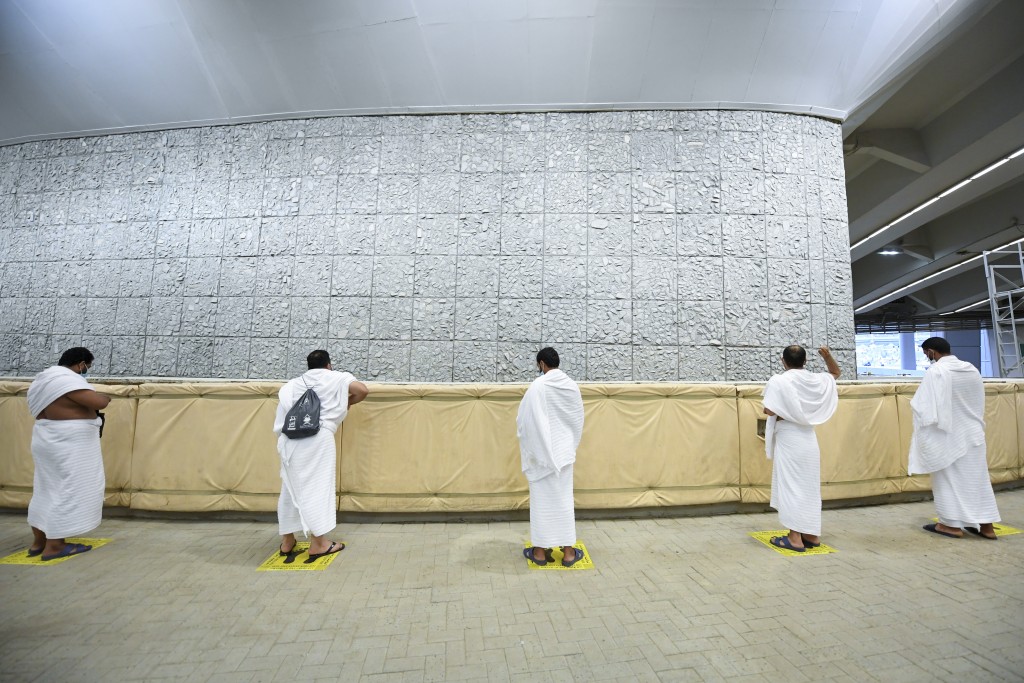 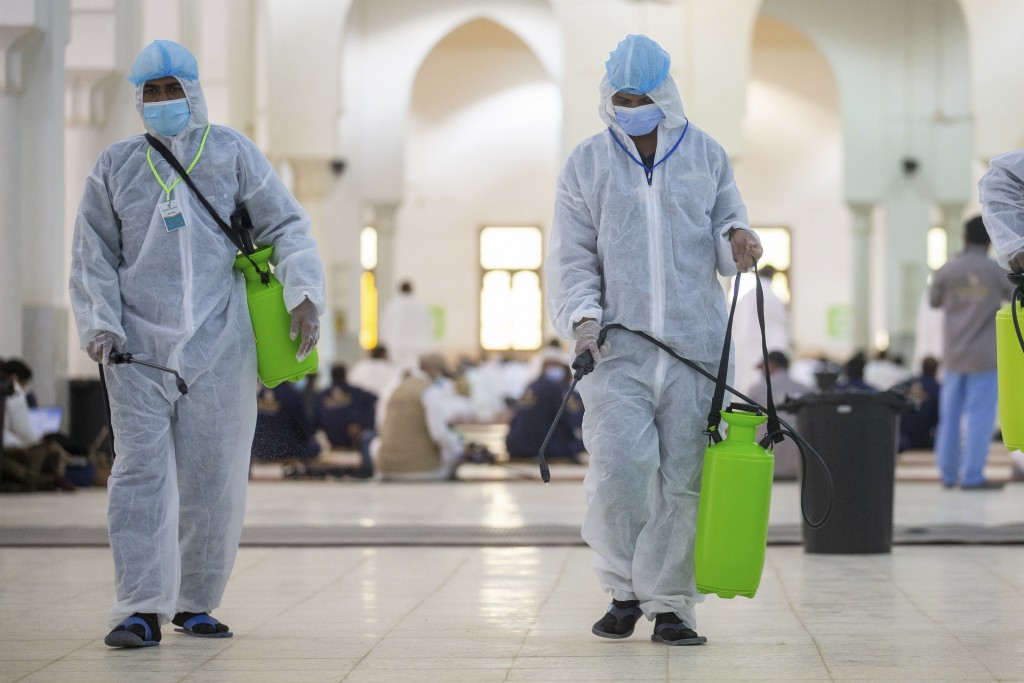 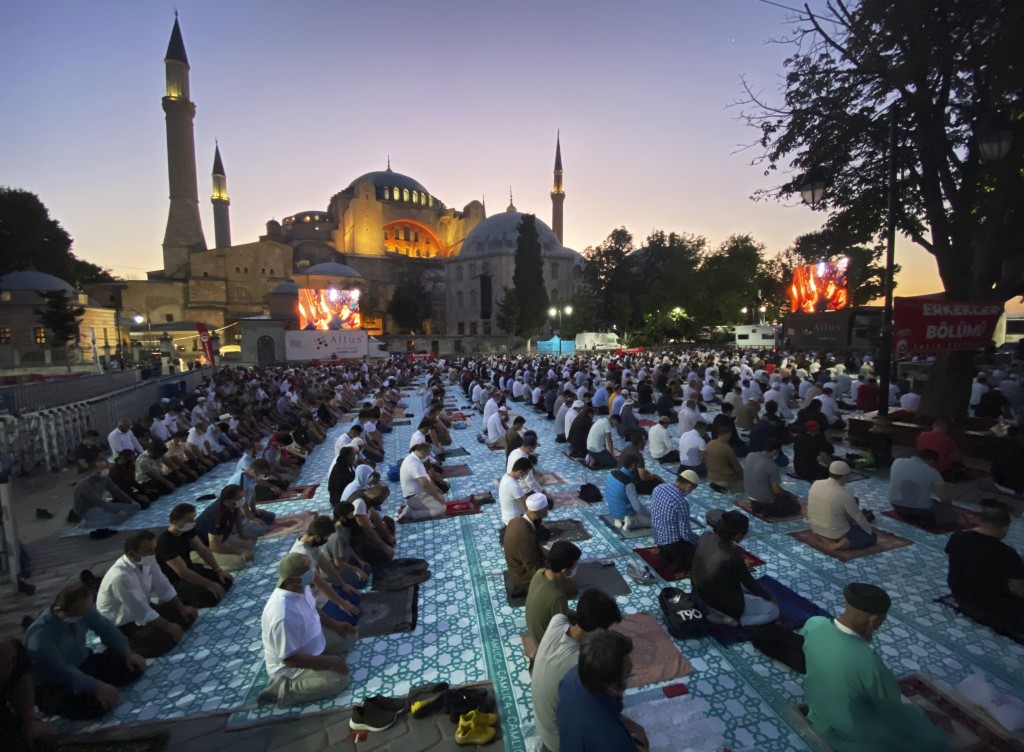 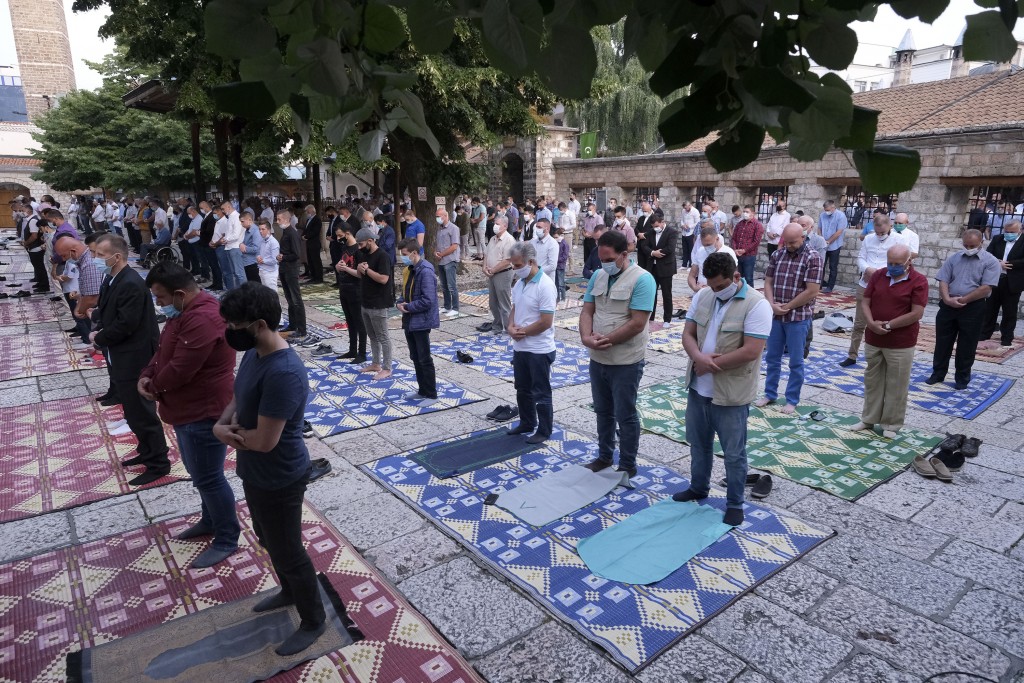 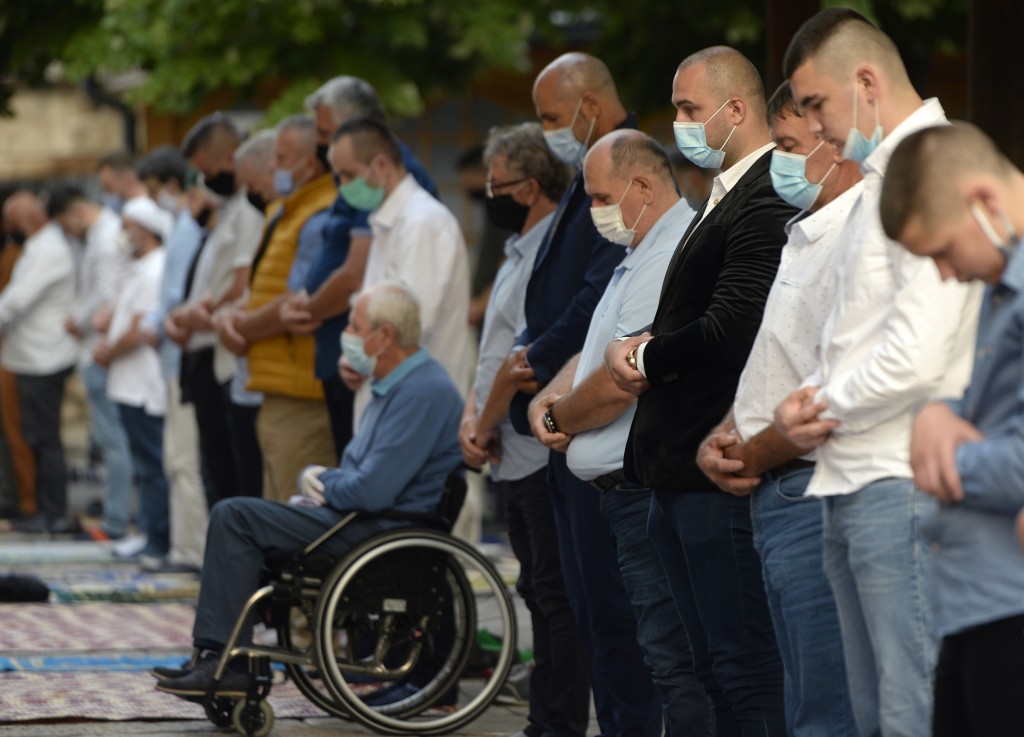 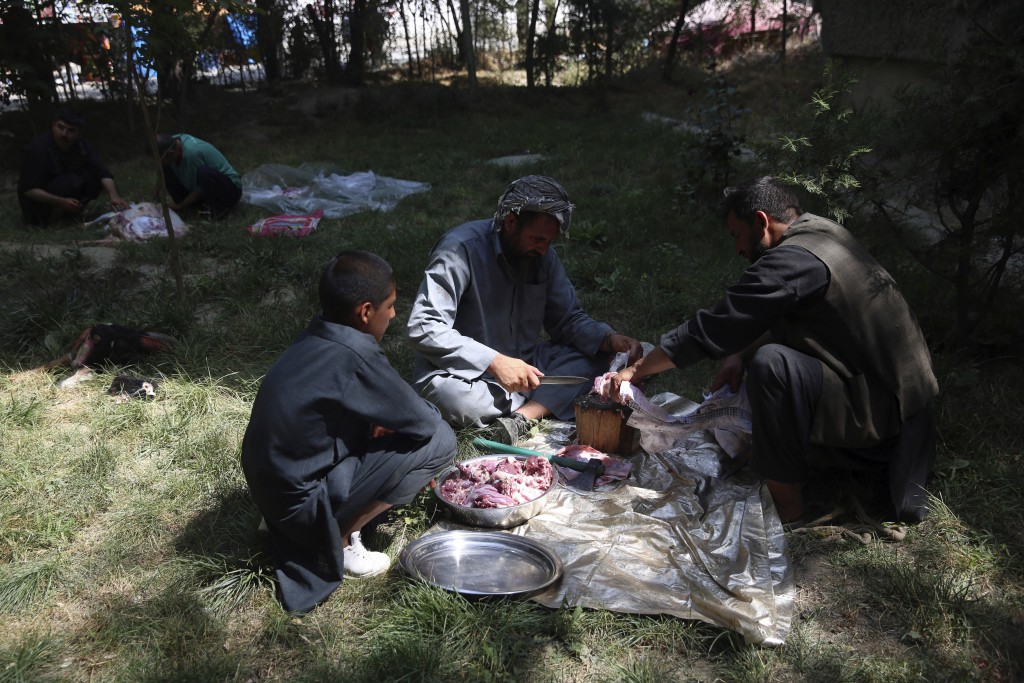 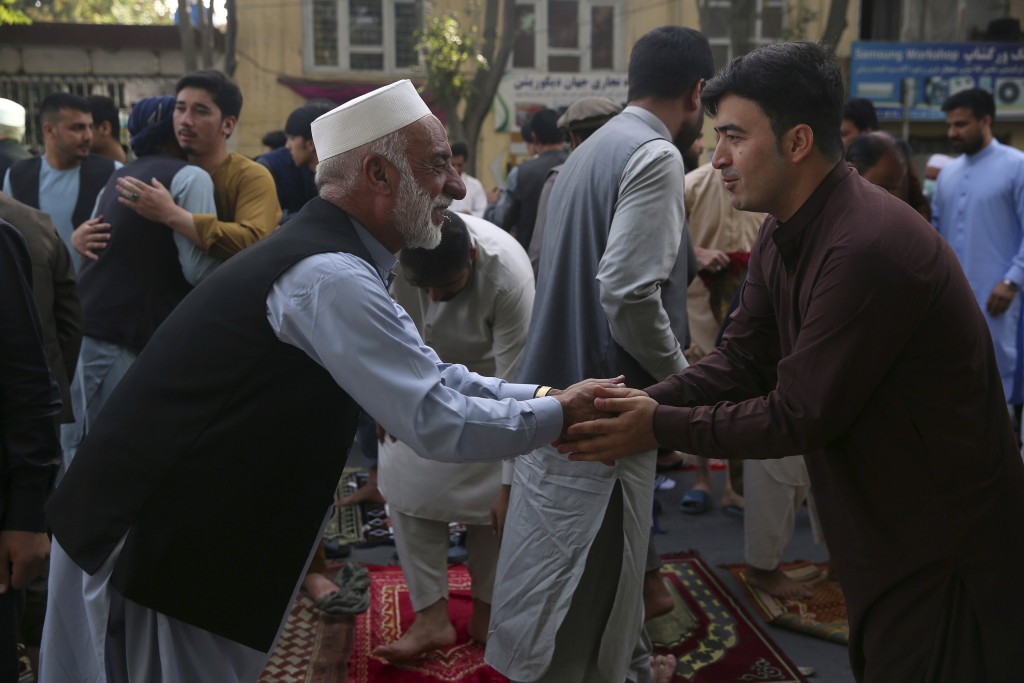 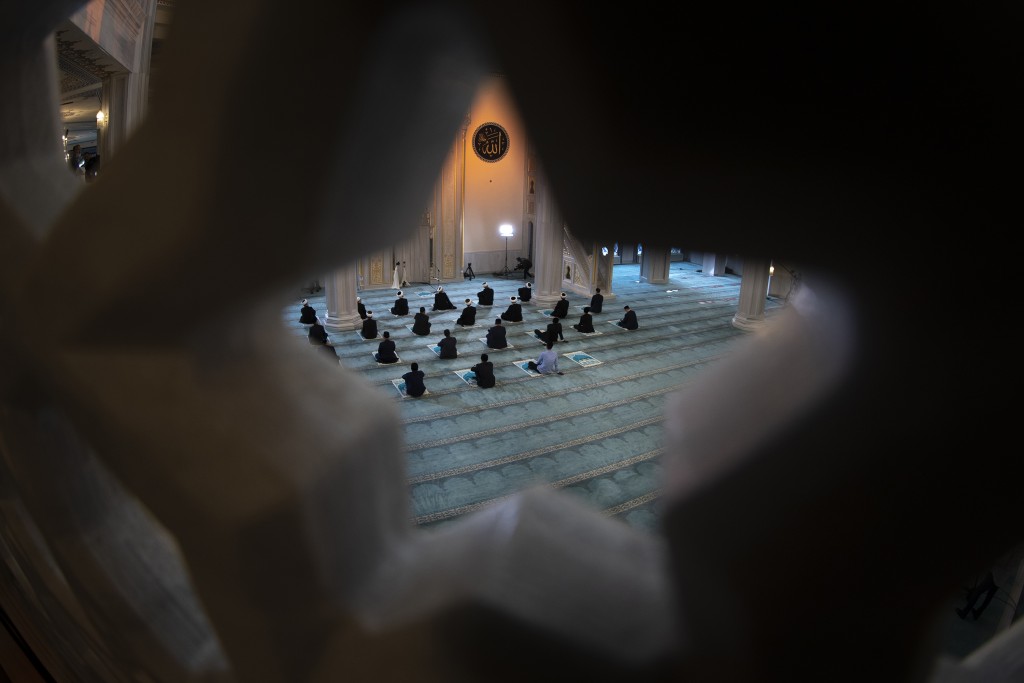 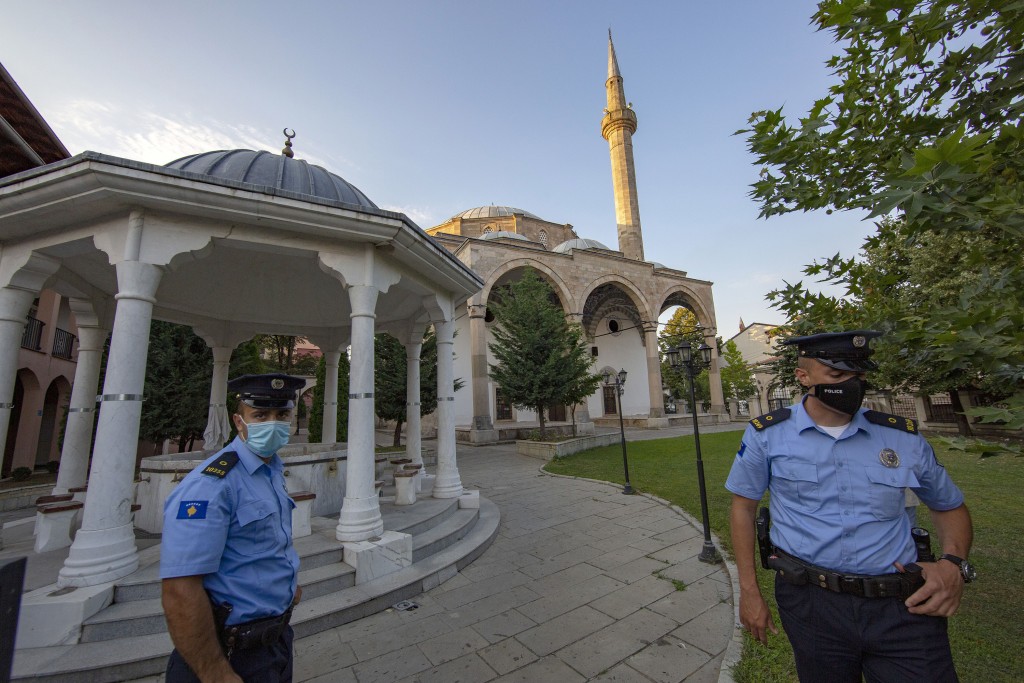 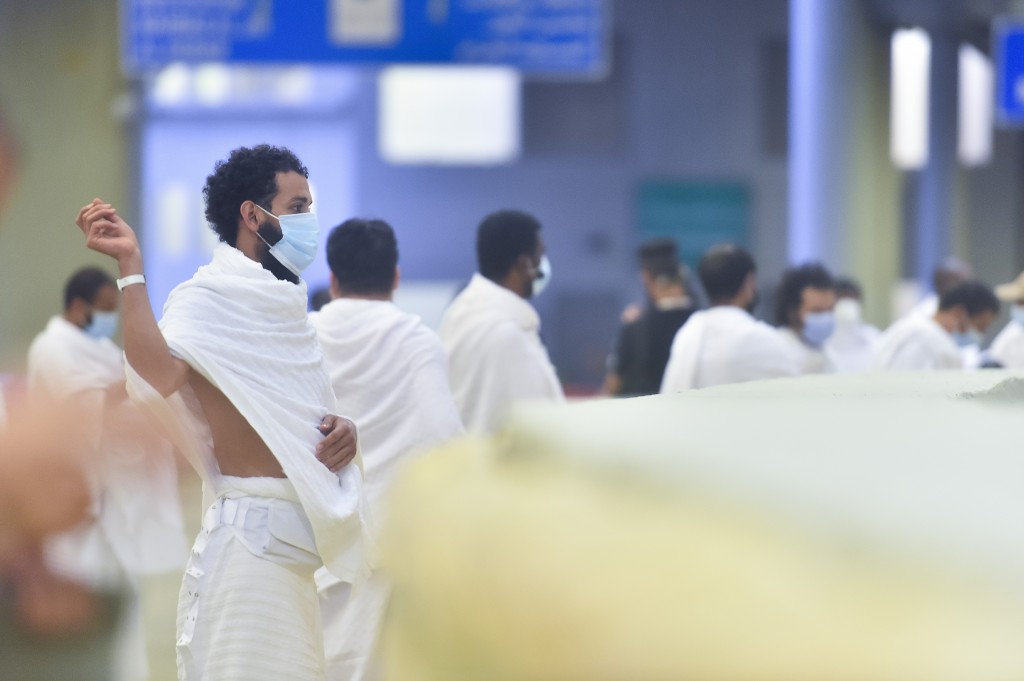 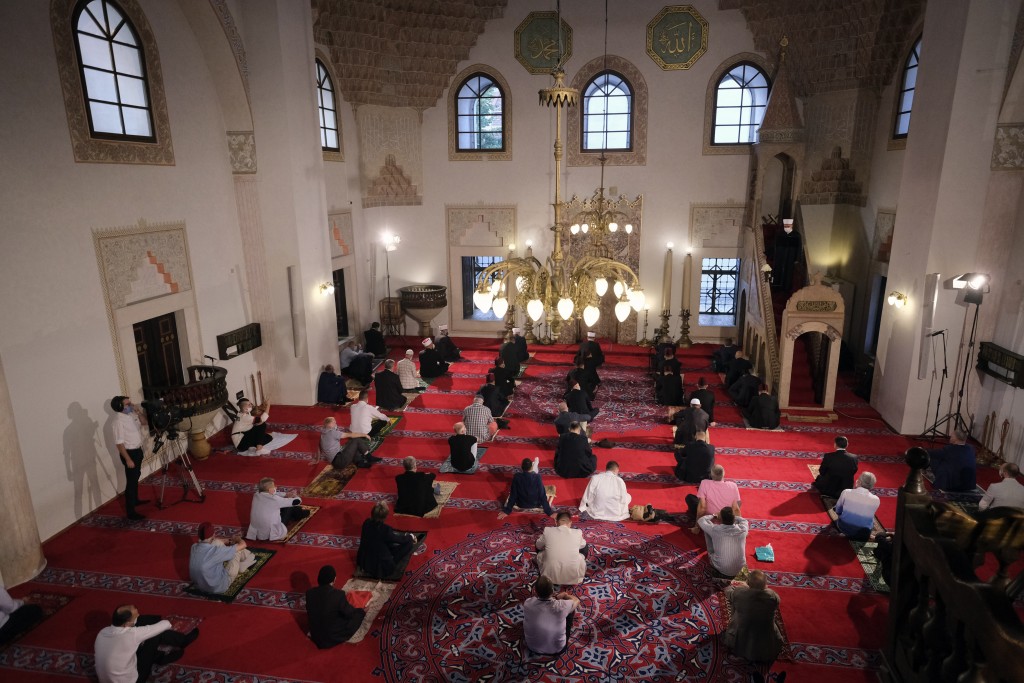 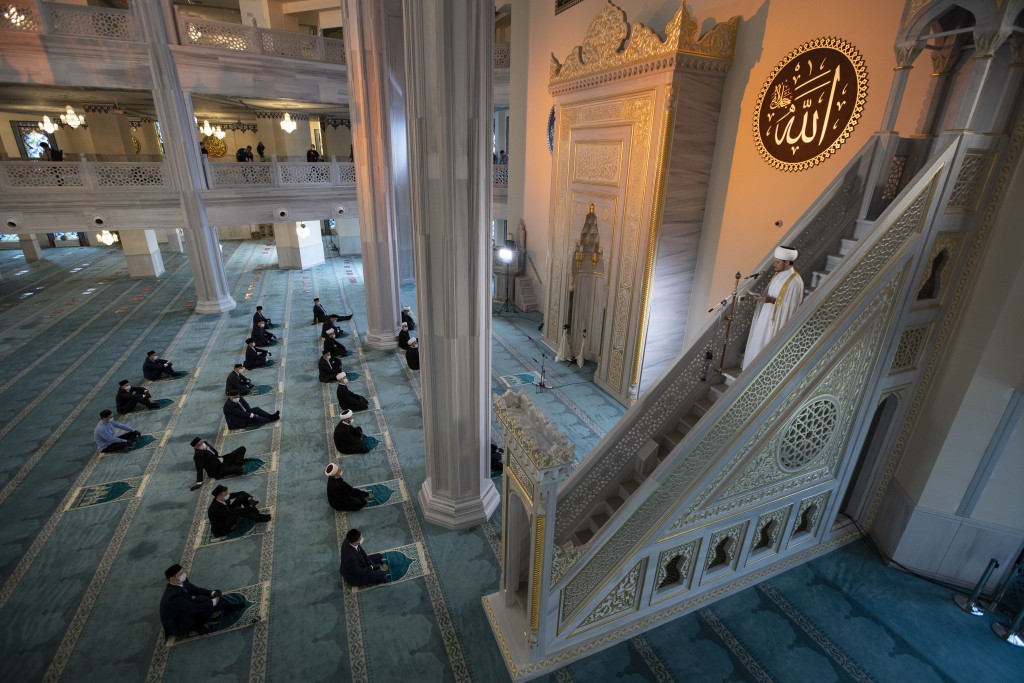 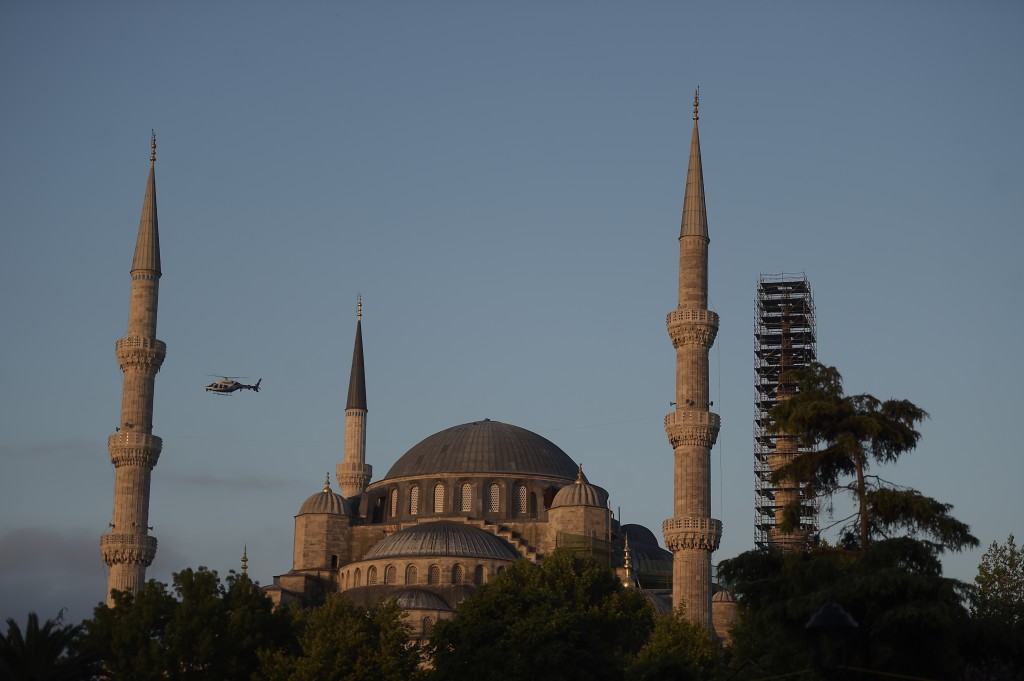 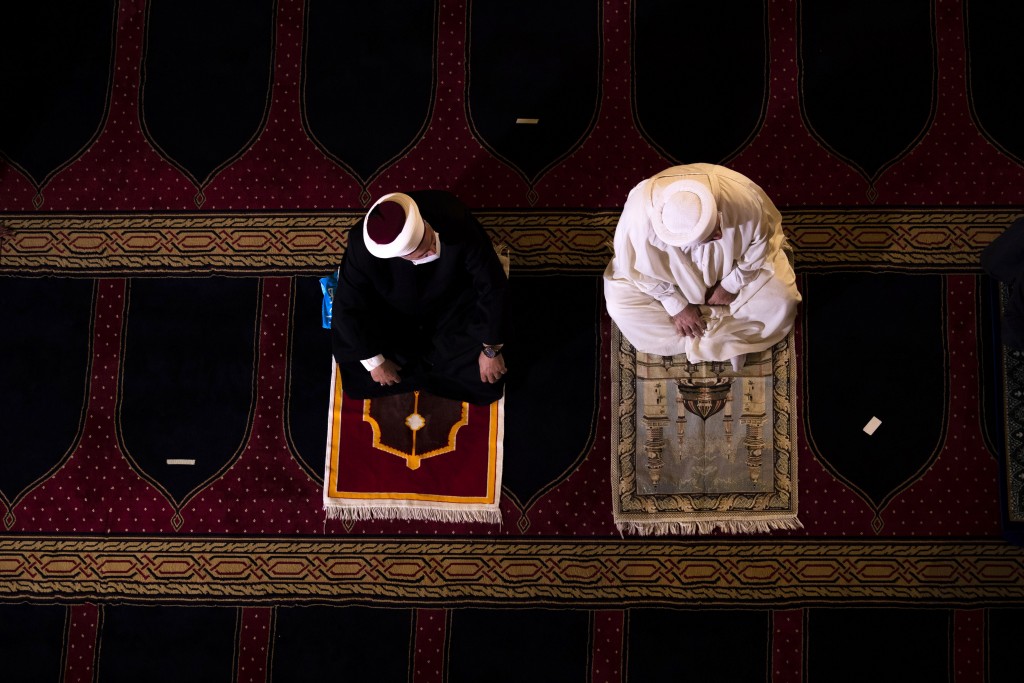 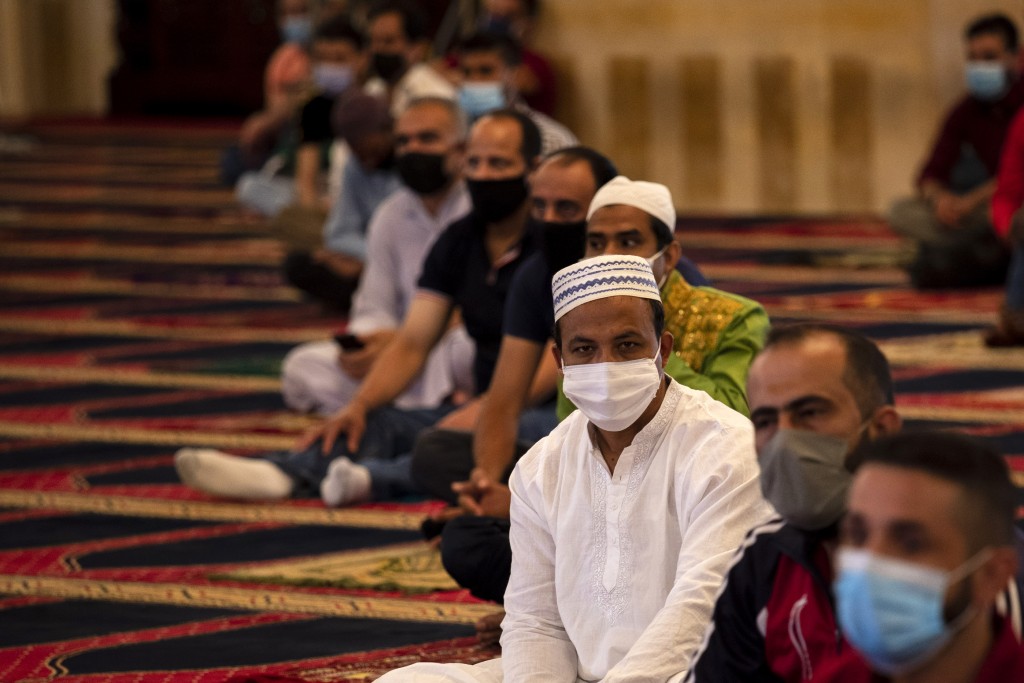 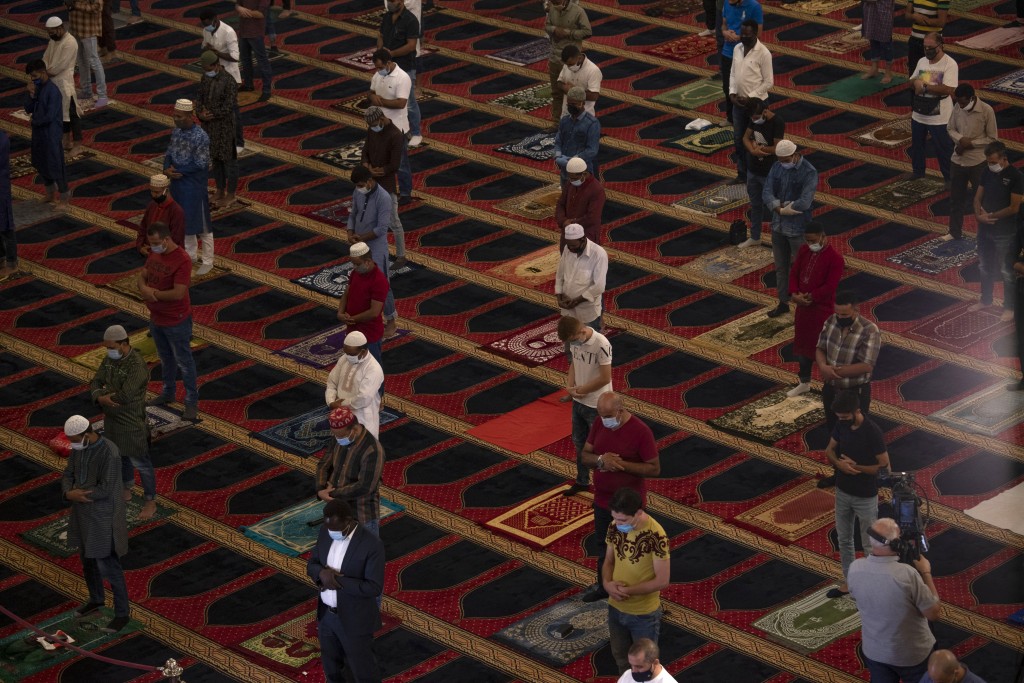 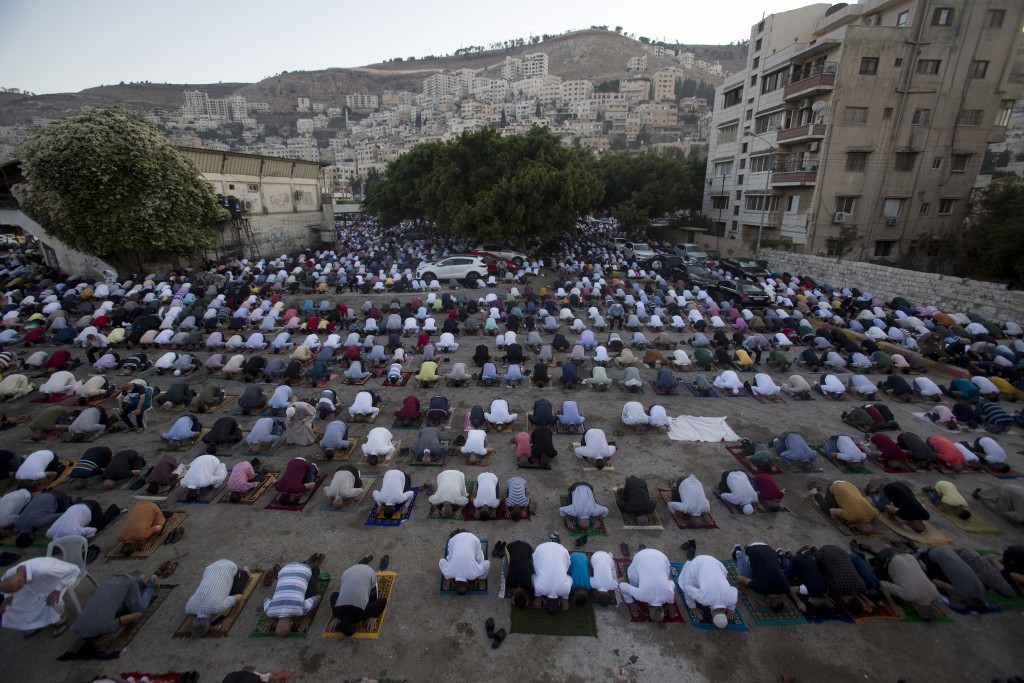 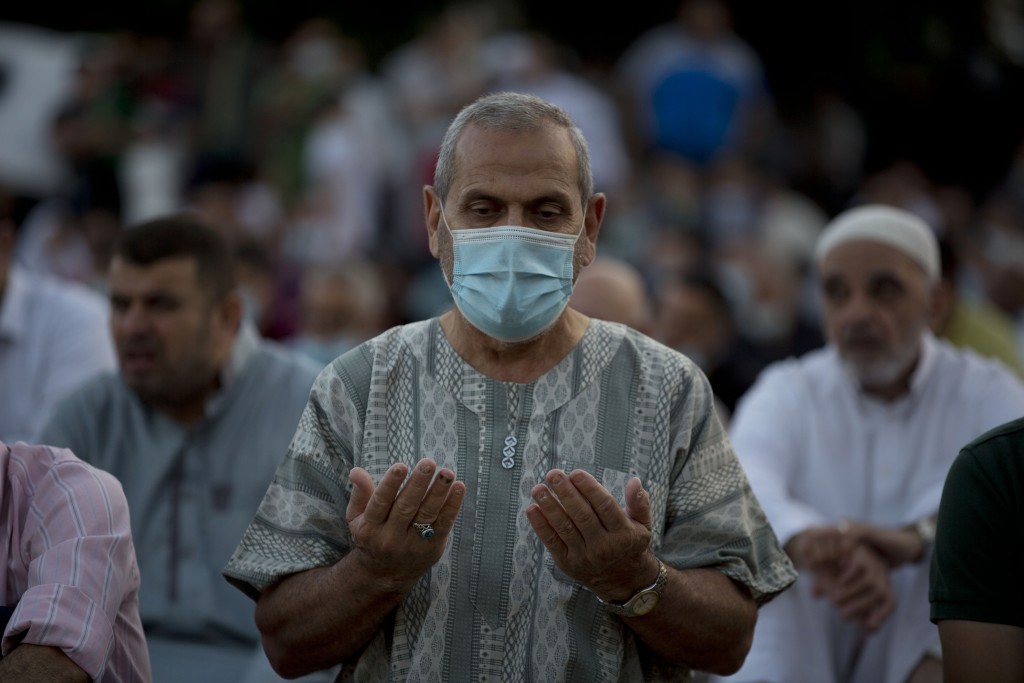 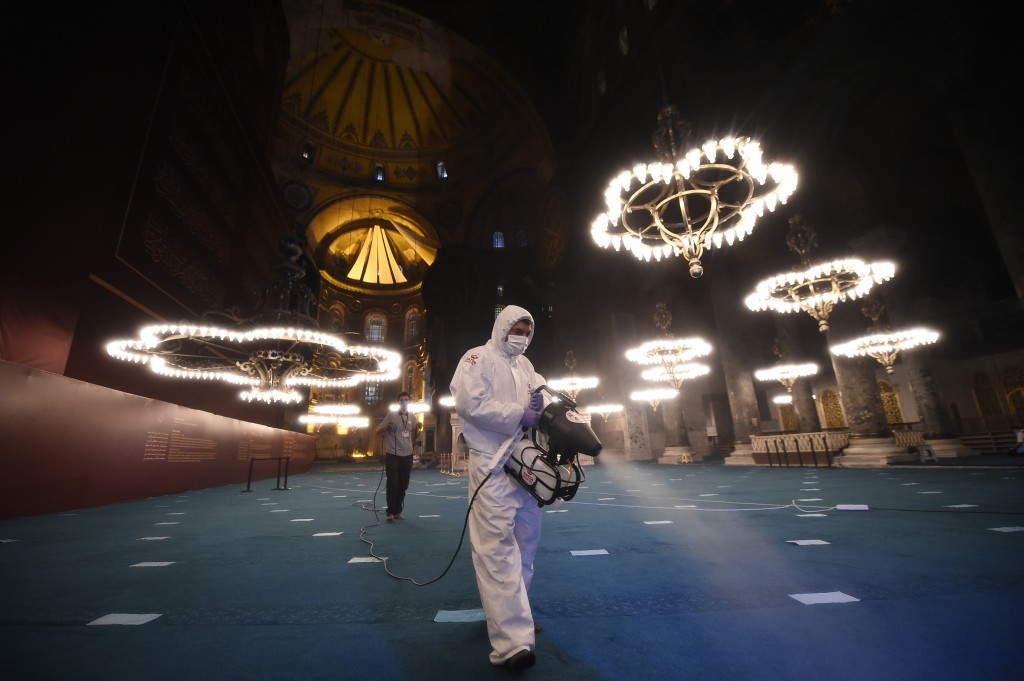 DUBAI, United Arab Emirates (AP) — Small groups of pilgrims performed one of the final rites of the Islamic hajj on Friday as Muslims worldwide marked the start of the Eid al-Adha holiday amid a global pandemic that has impacted nearly every aspect of this year's pilgrimage and celebrations.

The last days of the annual pilgrimage to Mecca in Saudi Arabia coincide with the four-day Eid al-Adha, or “Feast of Sacrifice,” in which Muslims slaughter livestock and distribute the meat to the poor.

The pandemic has pushed millions of people around the world closer to the brink of poverty, making it harder for many to fulfill the religious tradition of purchasing livestock.

In Somalia, the price of meat has slightly increased. Abdishakur Dahir, a civil servant in Mogadishu, said that for the first time he won't be able to afford goat for Eid because of the impact of the virus on work.

“I could hardly buy food for my family," Dahir said. “We are just surviving for now. Life is getting tougher by the day."

In some parts of West Africa, the price for a ram has doubled. Livestock sellers, used to doing brisk business in the days before the holiday, say sales have dwindled and those who are buying can’t afford much.

“The situation is really complicated by the coronavirus, it’s a tough market,” Oumar Maiga, a livestock trader in Ivory Coast said. “We are in a situation we’ve never seen in other years.”

The hajj pilgrimage has also been drastically impacted by the virus. Last year, some 2.5 million pilgrims took part, but this year as few as 1,000 pilgrims already residing in Saudi Arabia were allowed to preform the hajj.

The Saudi Health Ministry said there have been no cases of the COVID-19 illness among this year's pilgrims. The government took numerous precautions, including testing pilgrims for the virus, monitoring their movement with electronic wristbands and requiring them to quarantine before and after the hajj. Pilgrims were selected after applying through an online portal, and all had to be between the ages of 20 and 50 years-old.

Just after dawn on Friday, small groups of pilgrims — masked and physically distancing — made their way toward the massive multi-story Jamarat Complex in the Saudi valley area of Mina. There, the pilgrims cast pebbles at three large columns. It is here where Muslims believe the devil tried to talk the Prophet Ibrahim, or Abraham, out of submitting to God’s will.

Muslims commemorate the prophet Ibrahim’s test of faith by slaughtering livestock and animals and distributing the meat to the poor.

During the last days of hajj, male pilgrims shave their heads and remove the terrycloth white garments worn during the pilgrimage. Women cut off a small lock of hair in a sign of spiritual rebirth and renewal.

The hajj, both physically and spiritually demanding, intends to bring about greater humility and unity among Muslims. It is required of all Muslims to perform once in a lifetime.

Sheikh Abdullah al-Manea, member of the Supreme Council of Senior Scholars of Saudi Arabia, used the hajj sermon on Friday to praise the kingdom's leadership for their “wise decision” to limit the number of pilgrims and protect human life.

“We thank the positive role of Muslims around the world that have complied with the regulations of the country to protect them from the spread of this virus, which leads to the protection of Mecca and Medina," the sheikh said.

Around the world, Muslims gathered with relatives to mark the start of Eid. Some countries, like Kosovo and the United Arab Emirates, have closed mosques for Eid prayers to limit the spread of the virus.

In Indonesia, home to the world’s largest population of Muslims, people were allowed to attend Eid prayers in mosques under strict health guidelines, including that they bring their own prayer mats and pray several feet apart from one another. Worshipers must wear masks and are not allowed to shake hands or hug.

Authorities in Indonesia also ordered that meat be delivered door-to-door to the poor to avoid long lines.

“This outbreak has not only changed our tradition entirely, but has also made more and more people fall into poverty,” said Agus Supriatna, an Indonesian factory worker who was laid off this year because of the pandemic.

Muslim leaders in Albania and Kosovo called on people “to be careful" in their festivities to avoid transmission of the virus, including limiting family visits.

A few days ahead of Eid, Alioune Ndong in Senegal said he did not know how he’d come up with the money for his family’s feast He called on Senegal’s government to help struggling families like his.

“COVID-19 has drained my money," said Ndong, a tailor based in the town of Mbour.