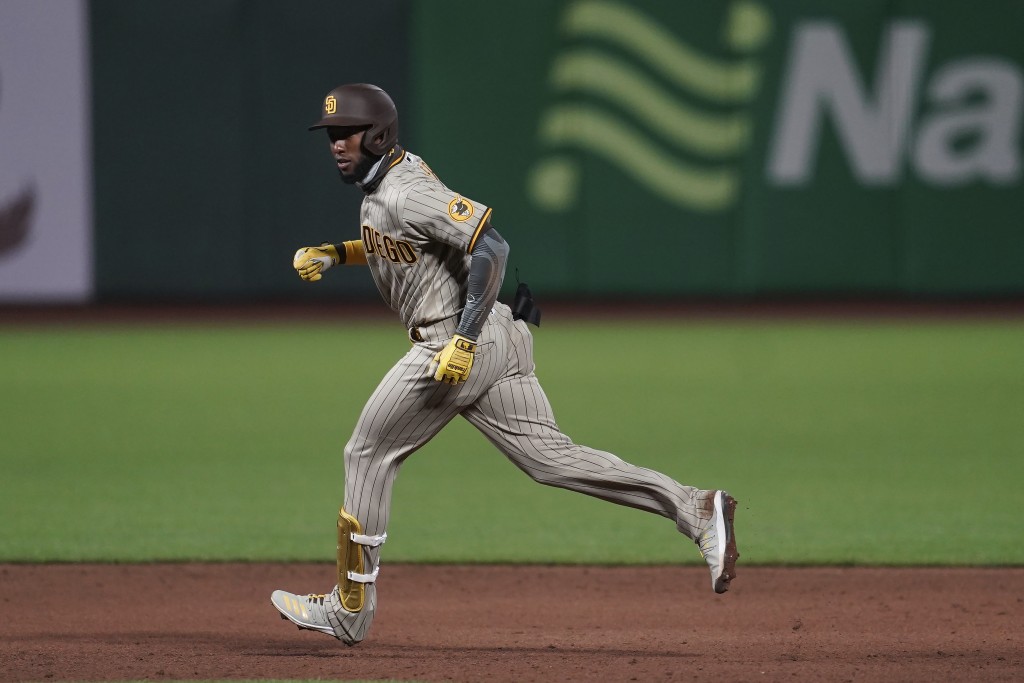 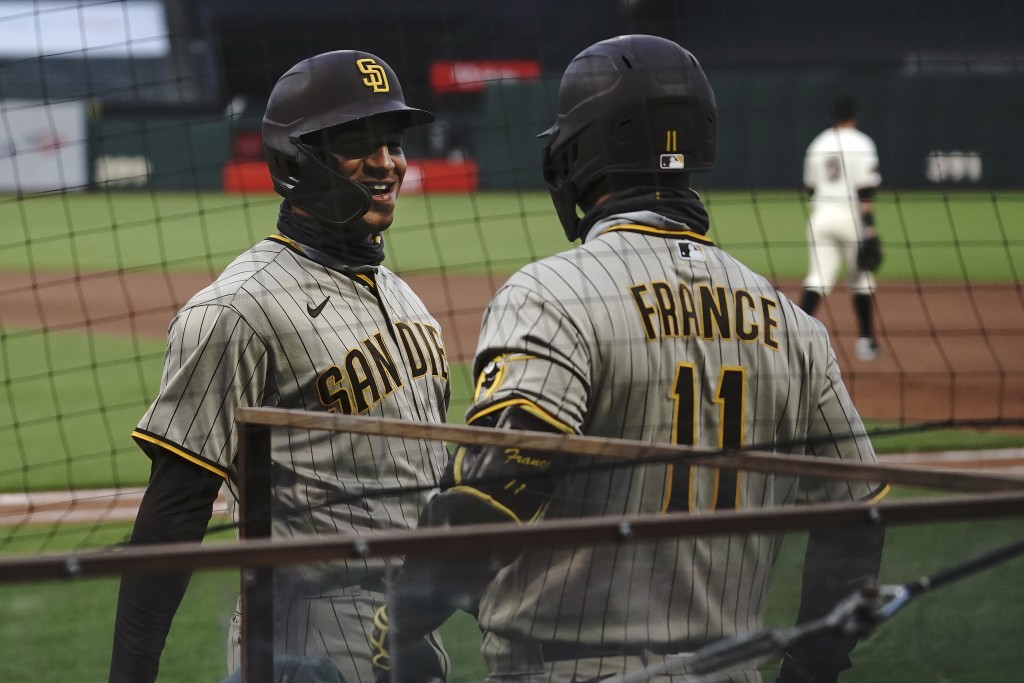 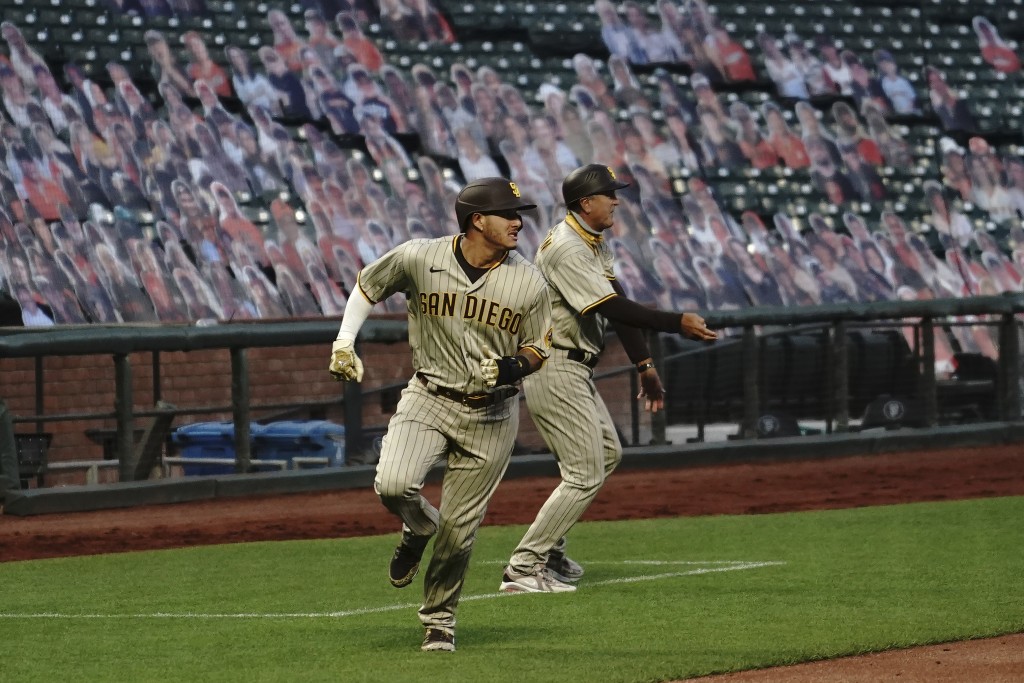 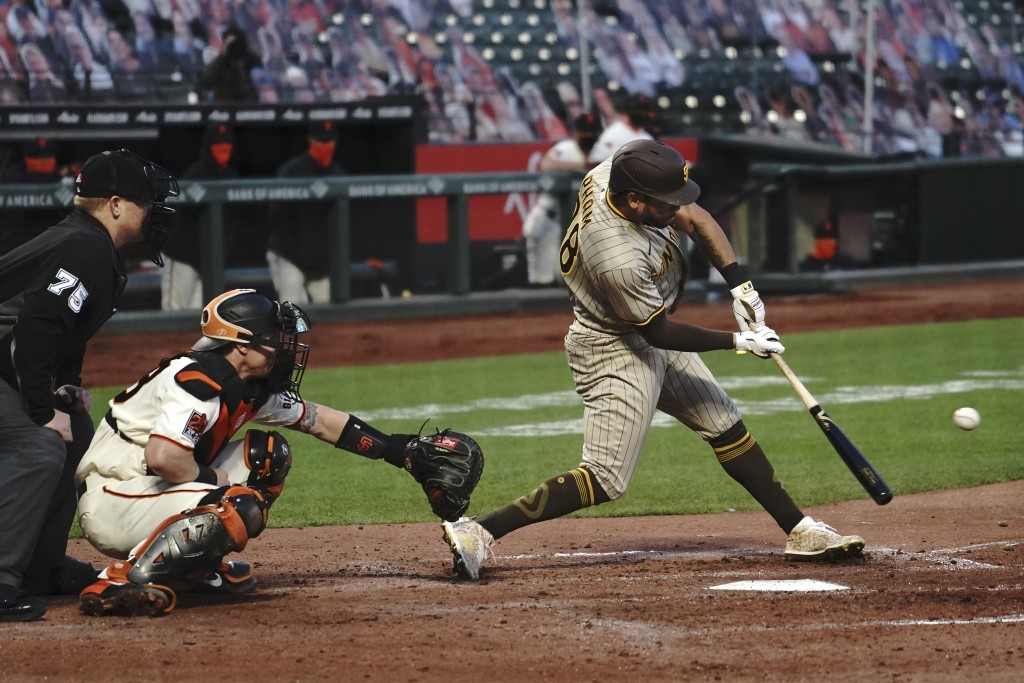 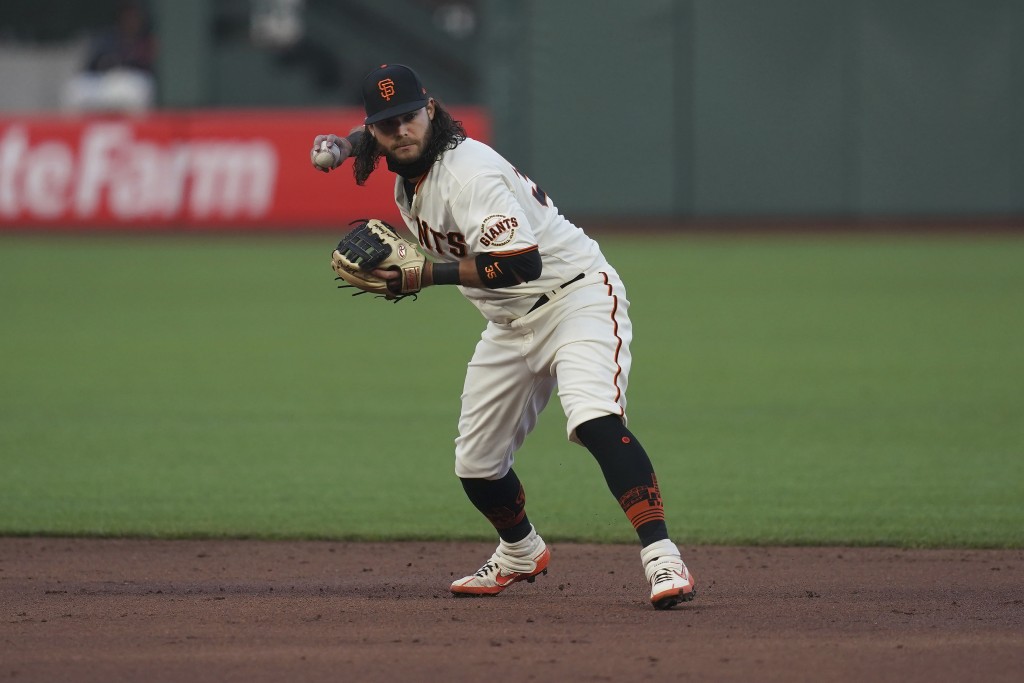 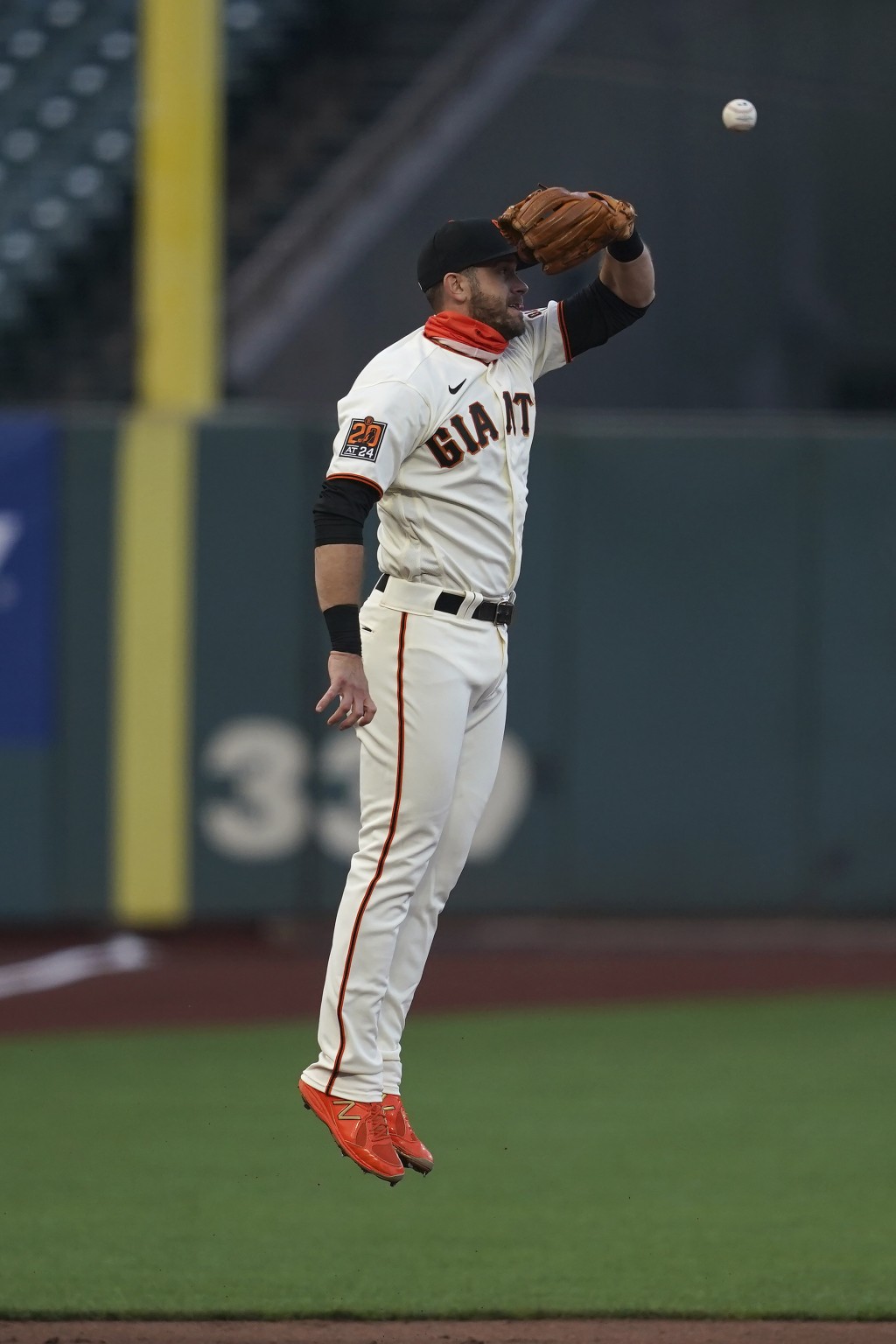 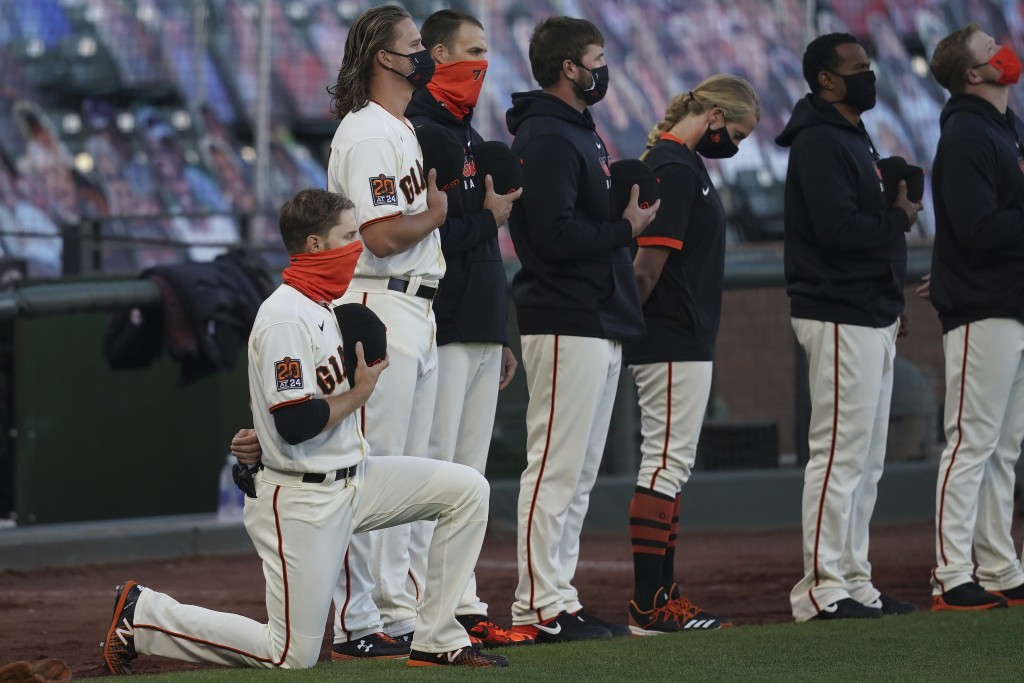 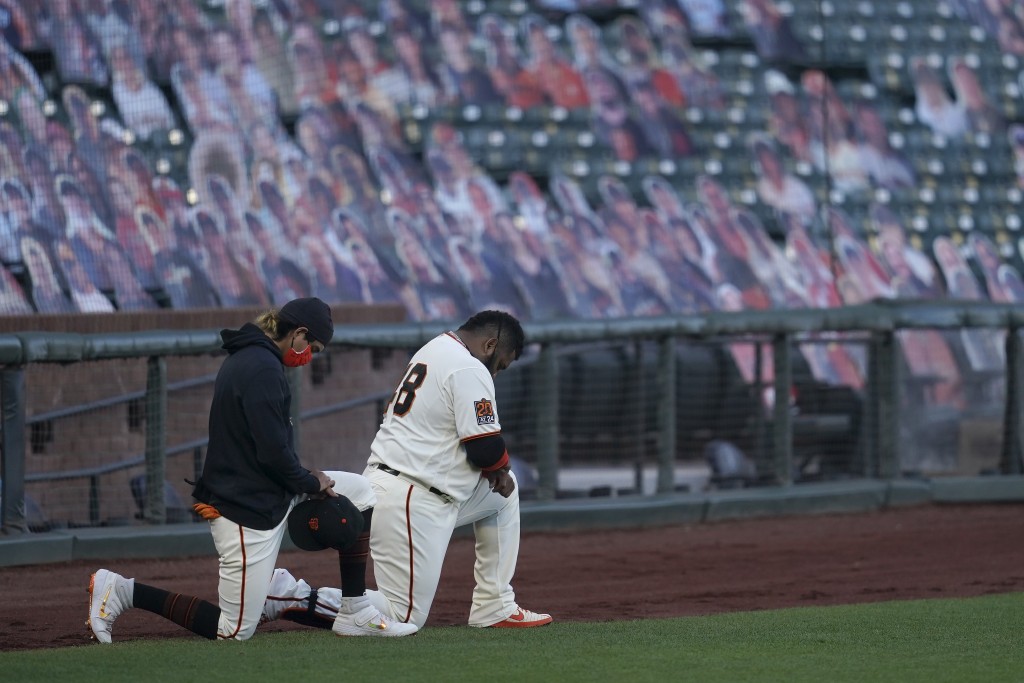 Padres manager Jayce Tingler said before the game watching the bullpen give it up Wednesday “was a rough one and it’s maybe the first time we’ve been punched in the face so in a sick way I’m kind of excited to see how we will respond.”

Jurickson Profar hit a two-run homer and RBI single for San Diego, which wasted a solid day from starter Dinelson Lame. He struck out seven in five innings to give the San Diego right-hander 15 Ks over his first two outings.

San Diego has won seven of its last 11 series in San Francisco and two in a row dating to late last season.

The Giants welcomed back two key members of their infield with first baseman Brandon Belt and third baseman Evan Longoria being activated from the 10-day injured list to make their season debuts and bat fourth and fifth, respectively.

The players didn't face live hitting before coming off the injured list.

"Nothing about this year's all that normal," Longoria said with a grin when asked about no rehab assignment.

Hunter Pence is 0 for 17 with four strikeouts over five games making four starts. He wasn't in the lineup Thursday night but entered to pinch run in the ninth.

Padres: 1B Eric Hosmer missed his second straight game and fourth overall with a stomach illness that the team said isn't coronavirus-related. “We were hoping he would feel better,” Tingler said. “His stomach, he’s still struggling. Our medical team is still checking him out, hoping he starts to turn for the better. It’s been kind of off and on, feeling much better and unfortunately he’s not right now.”

Giants: Longoria said he's confident the worst of his right oblique strain is behind him and he feels he can play freely while likely dealing with some soreness. “It’s always tough to be out and not have an opportunity to play,” Longoria said. “I feel great, as healthy as I’m going to get at this point. I don’t feel like I rushed back.”

To clear room for Belt (right Achilles tendinitis) and Longoria to return, the Giants optioned OFs Jaylin Davis and Joe McCarthy to their alternate site in San Jose and designated RHP Dany Jimenez for assignment. Manager Gabe Kapler said in his meeting with Davis on Wednesday night, he told the outfielder: “We believe in you. We support you. We’re never going to stop communicating with you.” Kapler added, ”he's a step away from the major leagues at any given time and we still believe he’s going to make an important impact on this club.” ... OF Steven Duggar was recalled from San Jose and started in right field.

RHP Garrett Richards (0-0, 0.00 ERA) pitches for San Diego to start a series Friday night at Coors Field in Denver as the Rockies host their home opener. Richards worked five scoreless innings allowing one hit Sunday against Arizona. The Giants hadn't listed a starter for their series opener Friday at home facing the Texas Rangers, who lost to San Francisco in the 2010 World Series. The Giants last hosted the Rangers from Aug. 24-26, 2018.