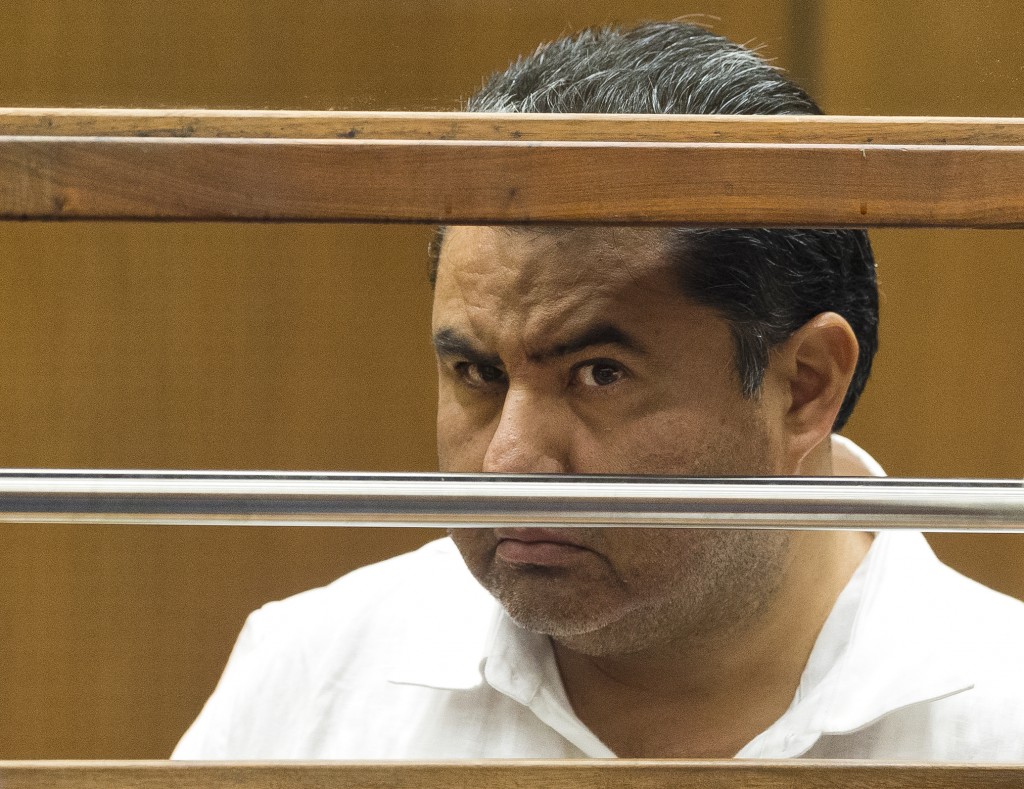 LOS ANGELES (AP) — California on Wednesday charged the leader of a Mexican megachurch with child rape and human trafficking, months after a court dismissed the previous allegations because of prosecution errors.

García is the spiritual leader of La Luz del Mundo, which is Spanish for “The Light Of The World.” The Guadalajara, Mexico-based evangelical Christian church was founded by his grandfather and claims 5 million followers worldwide.

García and Ocampo already were being held in custody in Los Angeles County while prosecutors decided whether to refile charges. He was rebooked on $50 million bail and Ocampo was booked on $25 million bail, while Oaxaca remained free on bail, according to the California attorney general’s office.

In April, an appeals court ordered Los Angeles Superior Court to dismiss charges against García, ruling that his preliminary hearing was not held in a timely manner and he did not waive his right to one.

His hearing was postponed several times — in some instances, because prosecutors had not turned over evidence to the defense.

The refiled charges accuse García and Ocampo of committing a lewd act on a 15-year-old girl. García fondled the girl in his office, authorities said.

García was charged with raping two others. Ocampo took part in one rape, authorities said.

Oaxaca is charged with two counts of committing forced and illegal copulation on a minor.

Among other allegations, Ocampo is accused of having some church group members send explicit photos or pose for explicit photos that were intended for Garcia. In one case, prosecutors allege Ocampo told a group of underage girls to take off their clothes and touch each other sexually in order to send photographs to García.

The girls were told that if they “if they went against any desires or wishes of ’the Apostle′ ... that they were going against” God, according to the indictment.

A fourth defendant, Azalea Rangel Melendez, previously was charged with rape and forcible oral copulation and is a fugitive.

In February, a Southern California woman filed a federal lawsuit against the church and García. In it, she said García, 50, and his father sexually abused her for 18 years starting when she was 12, manipulating Bible passages to convince her the mistreatment actually was a gift from God.

Stefanie Dazio in Los Angeles contributed to this report.