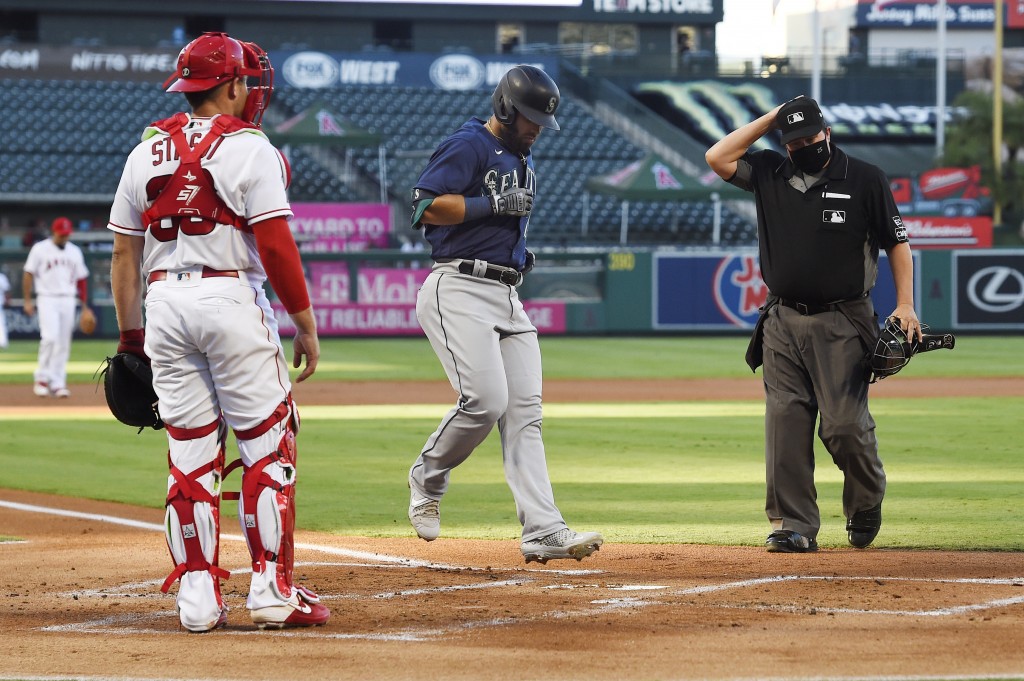 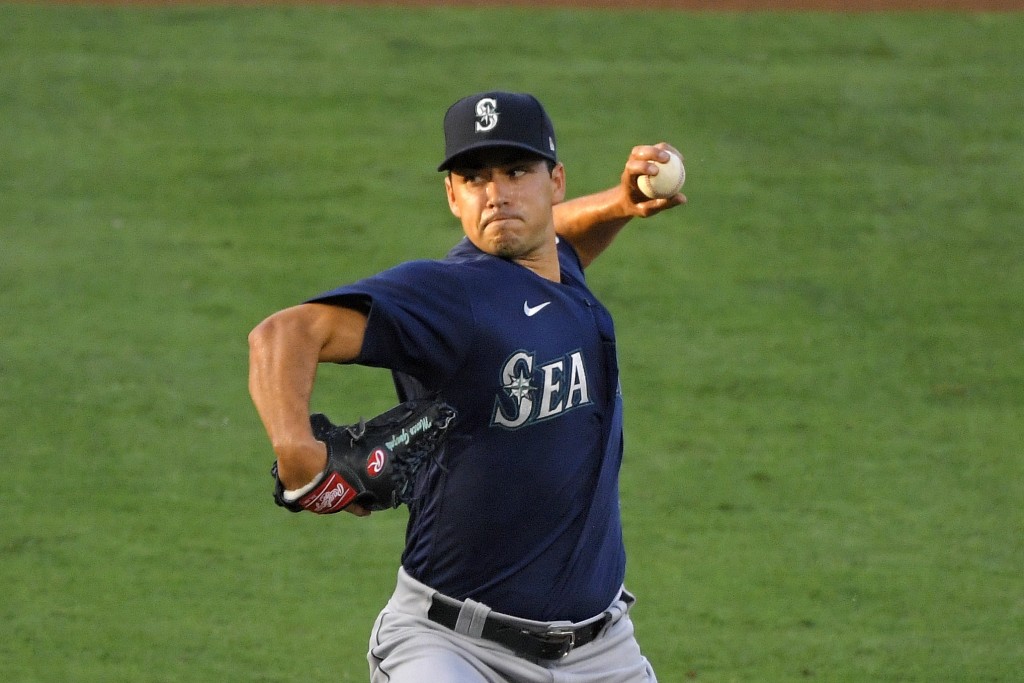 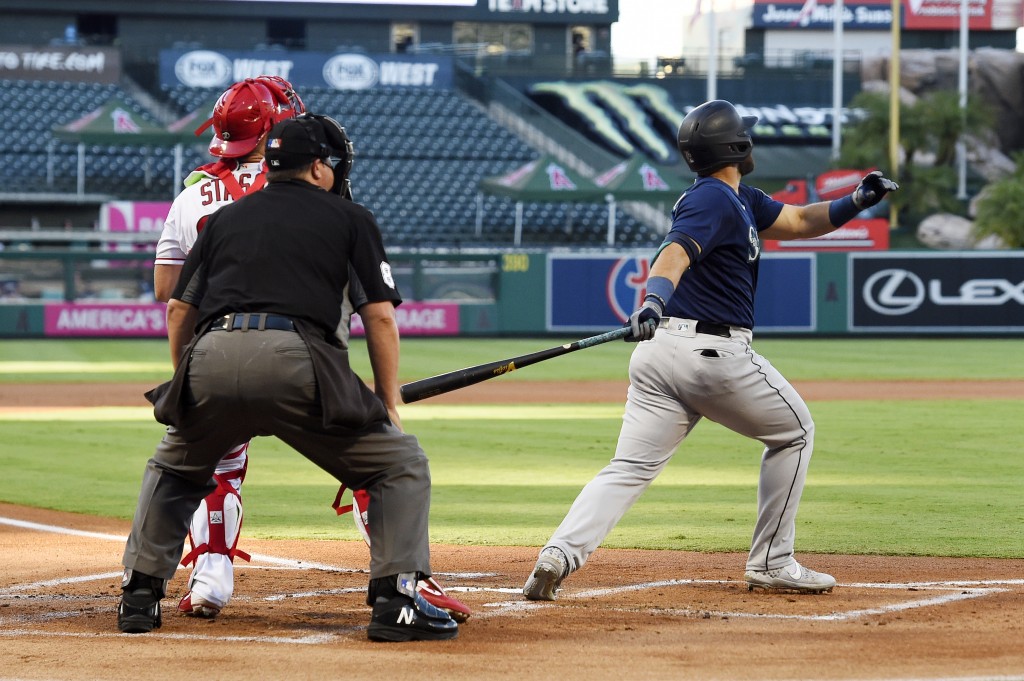 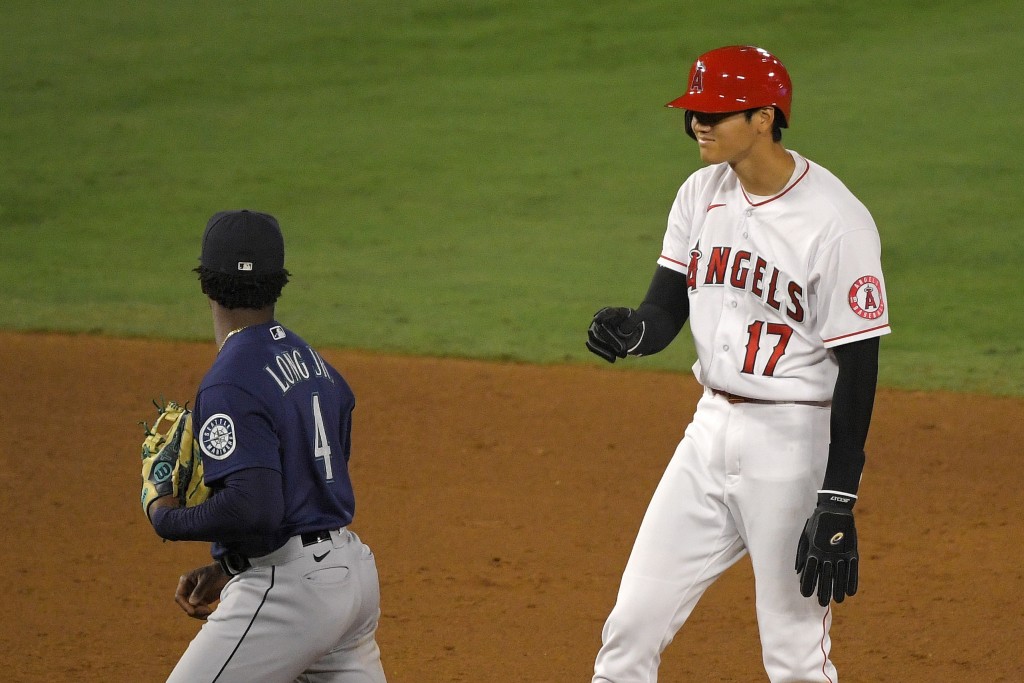 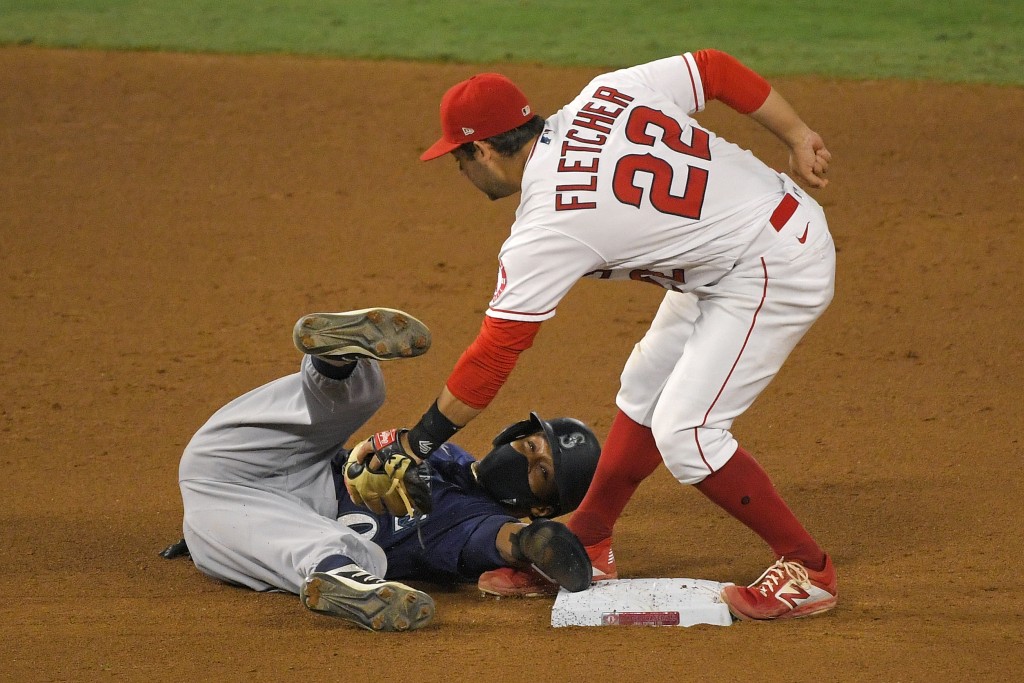 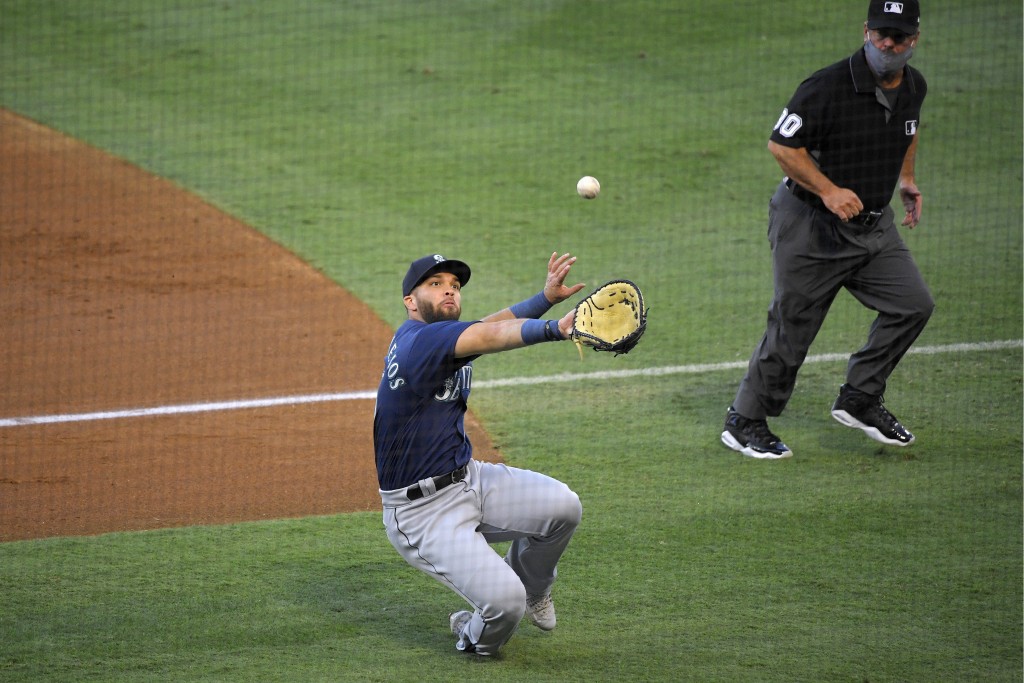 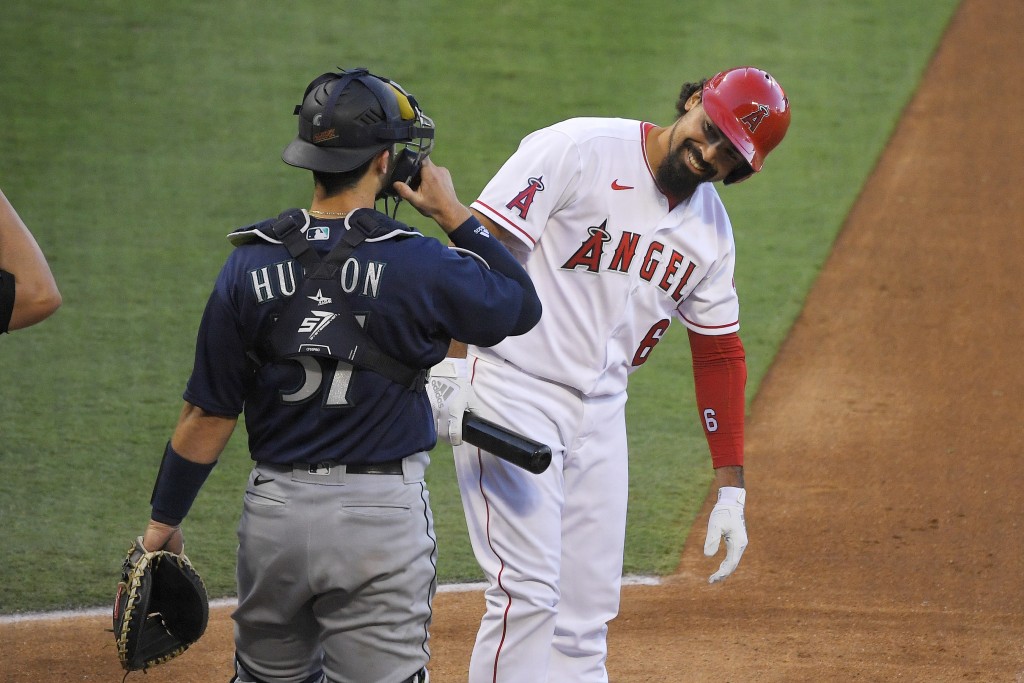 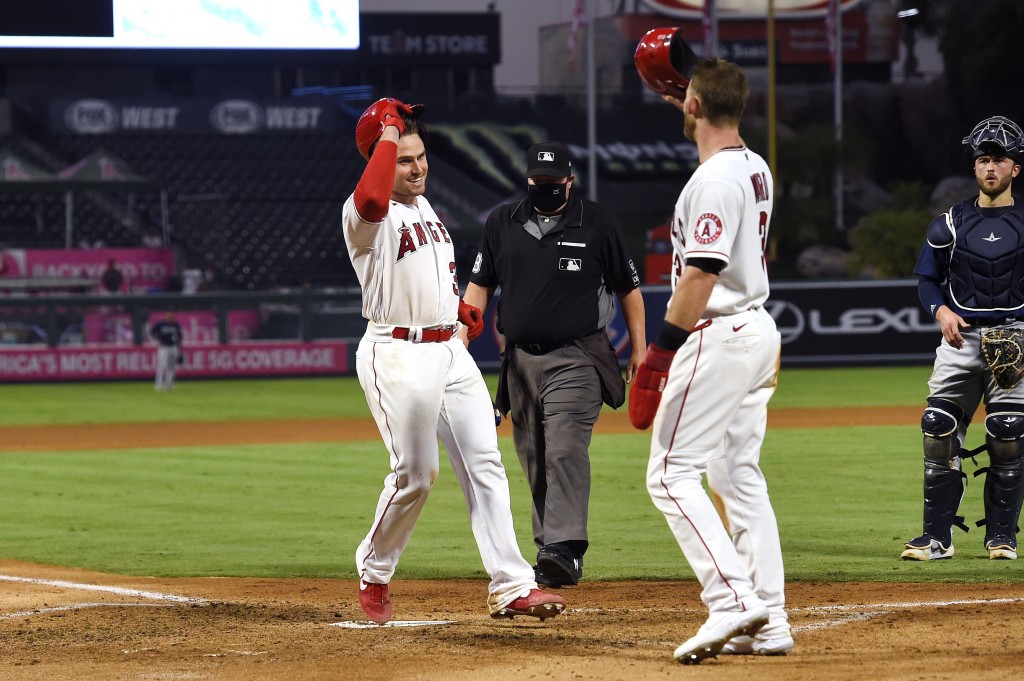 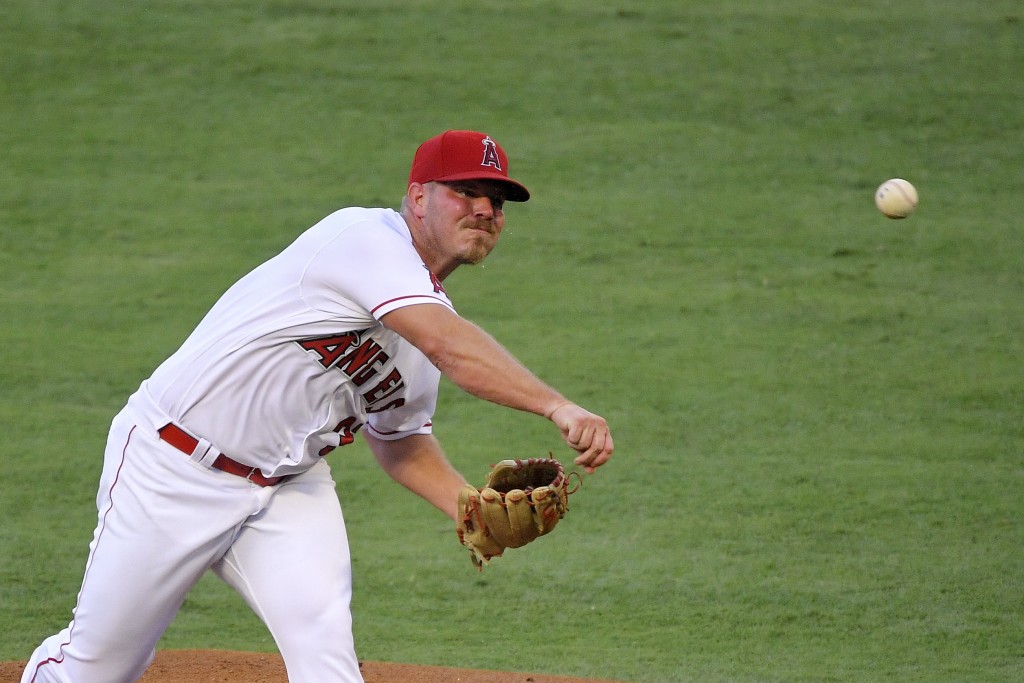 Marmolejos hit first big league homer, a three-run shot in the first inning. J.P. Crawford led off the game with a single, Kyle Seager drew a two-out walk and Marmolejos, a rookie first baseman, sent a fastball from Dylan Bundy (1-1) into the elevated stands in right field.

Marmolejos came into the game with only two hits in his first 18 at-bats.

Long Jr. had two hits. The Mariners led 3-2 when he opened a five-run ninth by hitting Hansel Robles' fastball over the wall in right. Crawford and Kyle Lewis each had two-run singles in the frame.

Shohei Ohtani hit a three-run homer off Dan Altavilla in the Angels ninth. Ohtani’s 42nd home run in the majors tied him with Kosuke Fukudome for fifth-most by a Japanese-born player.

Gonzales (1-1) provided a lift for a Mariners' pitching staff that had allowed seven runs or more in their first six games. The left-hander allowed only two unearned runs in 6 1/3 innings on six hits with six strikeouts and a walk.

His only mistake came in the fifth inning, when he hung a curveball that Matt Stassi hit off the right-field foul pole for a two-run homer.

Gonzales also continued his mastery of the the Angels in their home ballpark. He is 4-0 with a 2.63 ERA in seven starts at Angel Stadium.

The Mariners dropped four of their first five to start the season but have won two straight.

Brian Goodwin added two hits for Los Angeles, which has lost four of its last five after splitting its first two games.

TROUT OUT OF LINEUP

Angels star outfielder Mike Trout was placed on the paternity list before the game.

The reigning AL Most Valuable Player and his wife, Jessica, are expecting their first child. Trout, who turns 29 on Aug. 7, initially expressed reservations about playing the season due to the coronavirus pandemic when players started summer camp workouts, but was pleased with how the Angels were trying to keep players healthy.

Bundy settled down after Marmolejos' homer and allowed only two hits the rest of his night. He retired nine straight at one point.

The right-hander — who was acquired from Baltimore during the offseason — went six innings and allowed three runs on four hits with eight strikeouts. He is the first Angels' pitcher since Jered Weaver in 2012 to go at least six innings and have seven or more strikeouts in his first two season starts.

Lewis extended his hitting streak to seven games to begin the season and has five straight multihit contests. He is batting .448 this year, including 11 for 22 with five RBIs in the last five games.

Mariners: C Austin Nola (knee soreness) went through some pregame workouts and could return to the lineup on Friday.

Angels: SS Andrelton Simmons said he feels as if his sprained left ankle isn't as bad as last year's injury, which kept him out for five weeks. Simmons rolled the ankle off the back of the first-base bag during Monday's game at Oakland when he was trying to beat out a groundball.

Angels: Open a three-game series against Houston on Friday. Right-hander Matt Andriese (0-0), who tossed 5 2/3 innings of shutout ball in relief at Oakland last Sunday, gets the start.