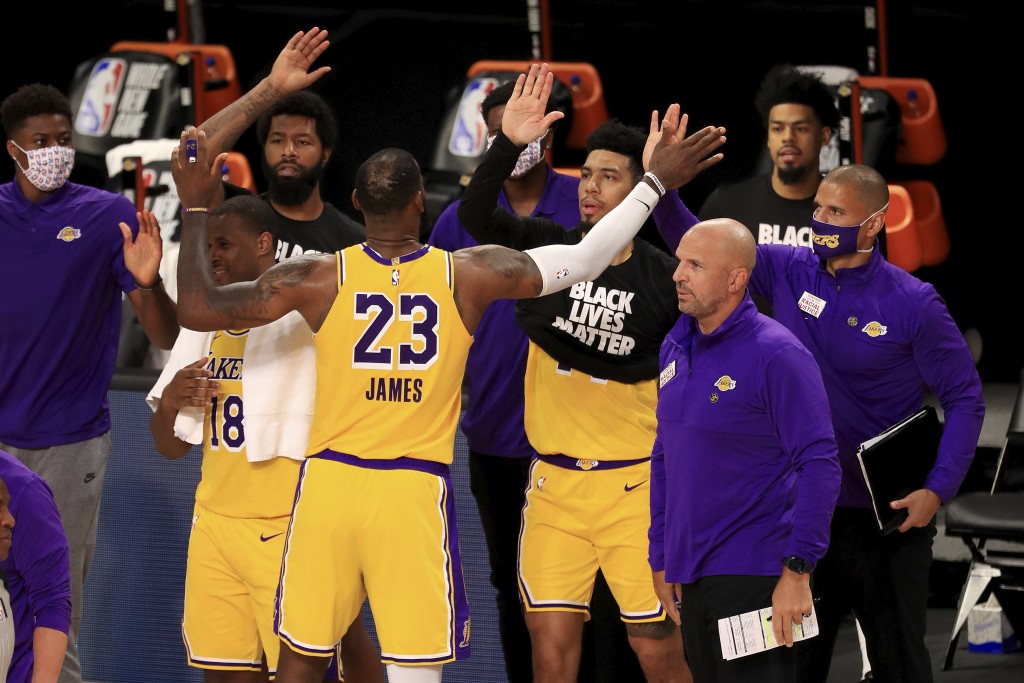 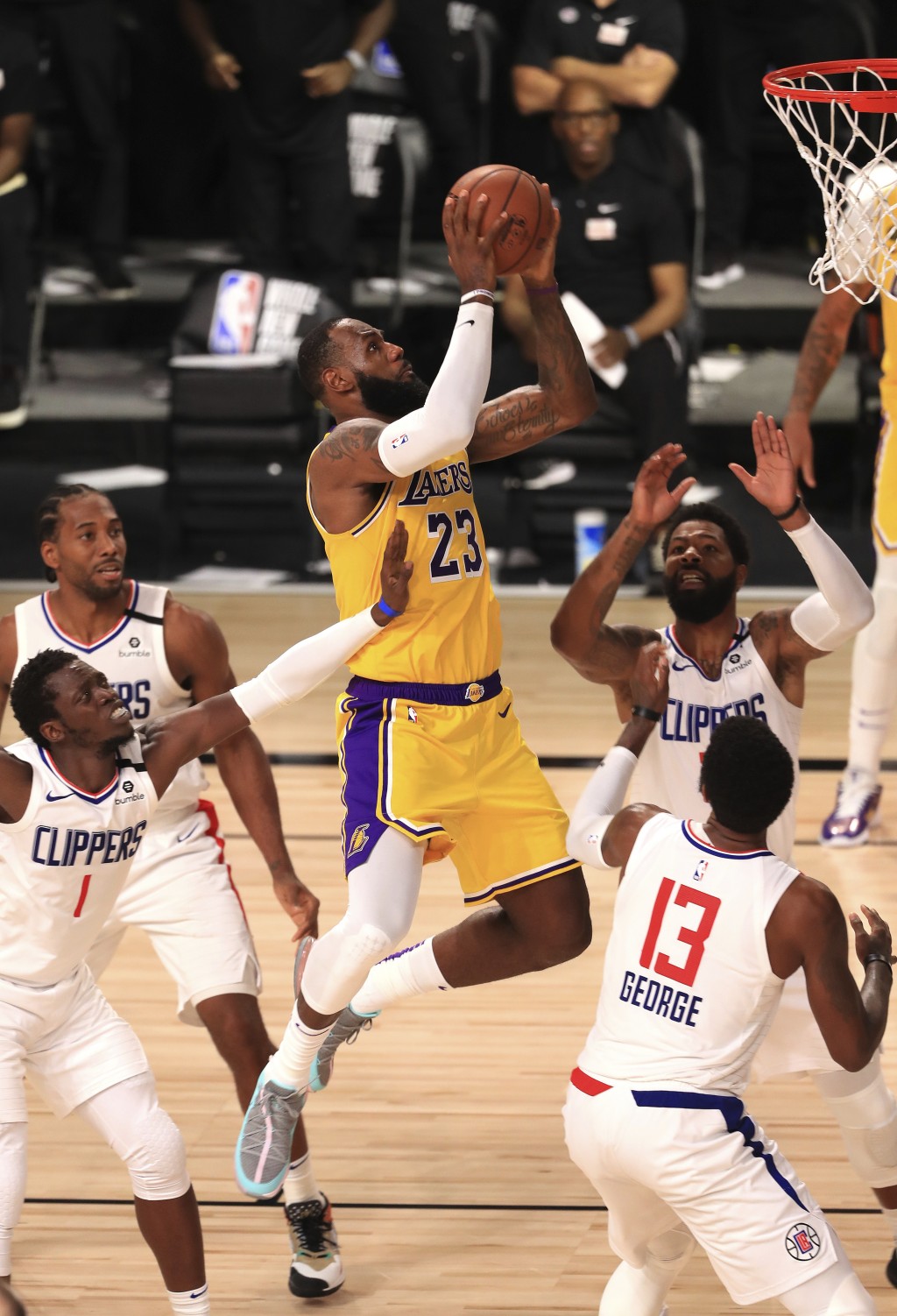 They knocked it off with time to spare.

Anthony Davis scored 34 points, James had the go-ahead basket with 12.8 seconds left and the Lakers moved closer to clinching the No. 1 seed in the Western Conference playoffs by topping the Los Angeles Clippers 103-101 on Thursday night in the second game of the NBA’s re-opening doubleheader.

James had 16 points, 11 rebounds and seven assists to help the Lakers move 6 1/2 games ahead of the Clippers in the West with seven games remaining. Kyle Kuzma added 16 points.

Paul George had 30 points and Kawhi Leonard scored 28 for the Clippers, who had an 11-point lead midway through the third in a game with deep ebbs and flows.

Rudy Gobert sank two free throws with 6.9 seconds left to cap a 14-point, 12-rebound and three-block performance, giving Utah the victory in the first game of the NBA’s restart.

New Orleans, which led for most of the game and by as many as 16 points, nearly pulled out the victory as time expired when Brandon Ingram’s 3-point attempt rimmed out in a bitter end to his 23-point night.

Zion Williamson, who missed nearly two weeks of practice after leaving the team for a family medical matter on July 16, was deemed fit to start, although his playing time was limited.

He scored 13 points in just more than 15 minutes, highlighted by a couple alley-oop dunks, one on a nearly half-court lob from Lonzo Ball. But Williamson checked out for good with 7:19 left in the fourth quarter and had to watch the tense finish from the sideline.

Jordan Clarkson scored 23 points for Utah and helped lead a second-half comeback, while Donovan Mitchell and Mike Conley each added 20.