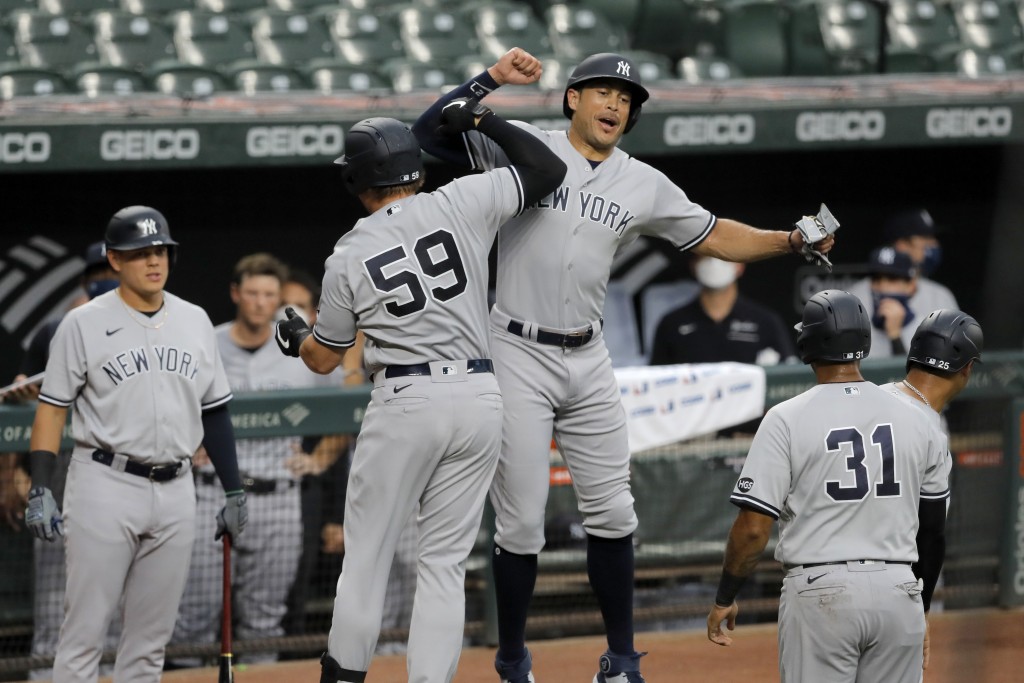 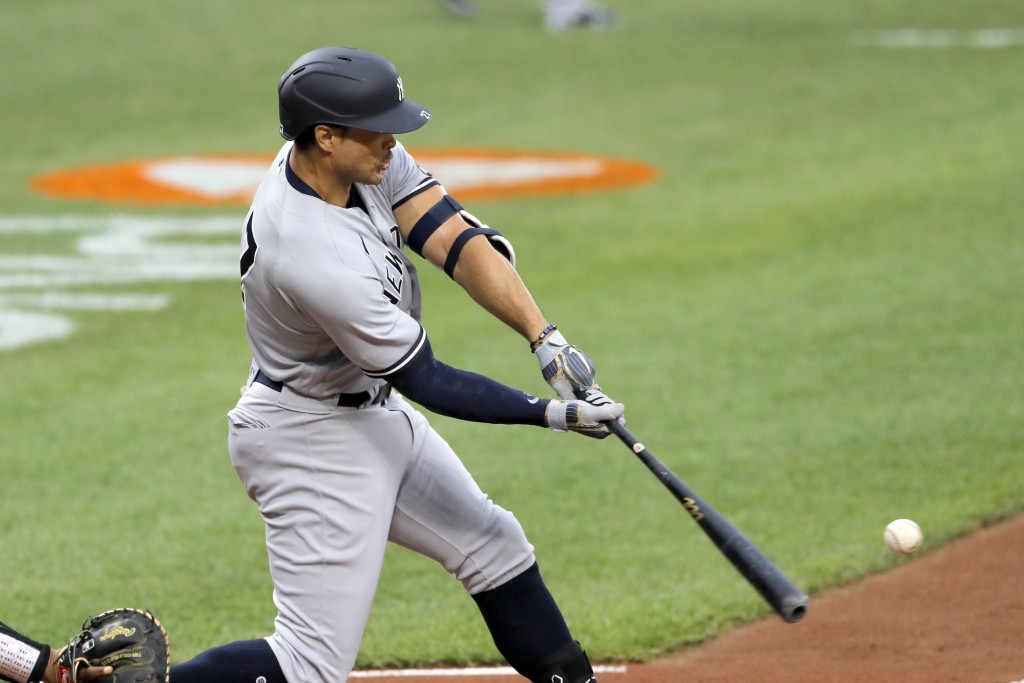 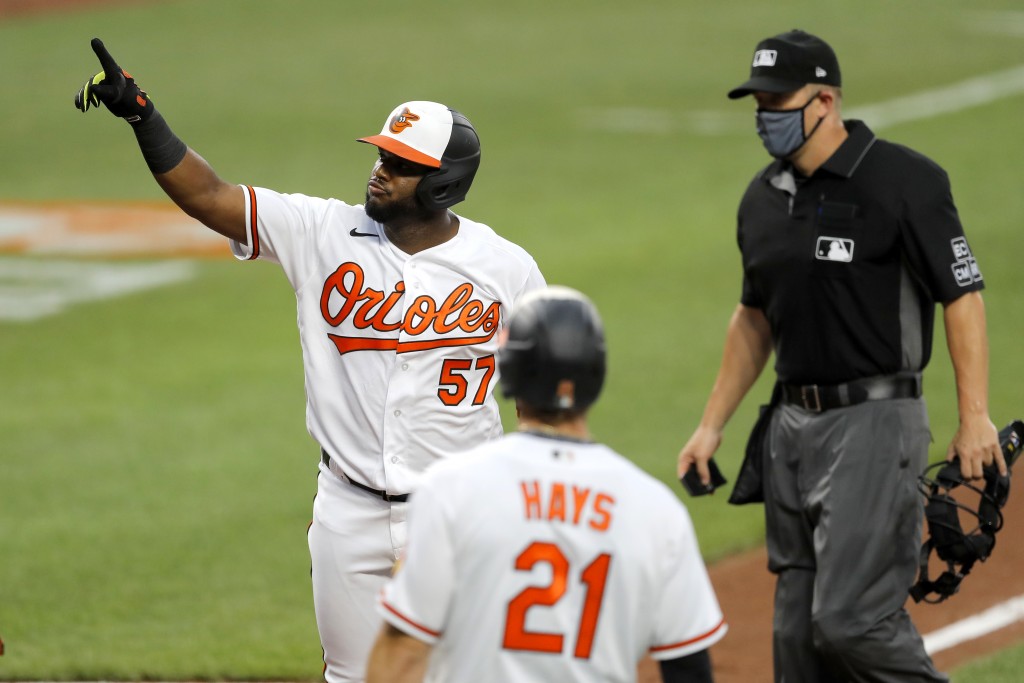 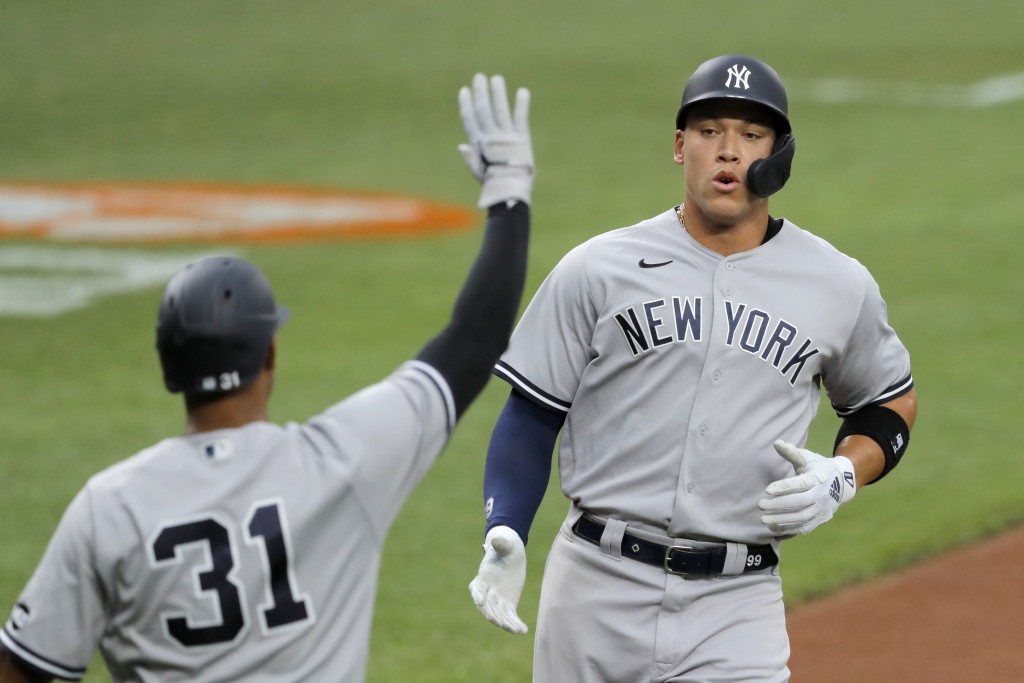 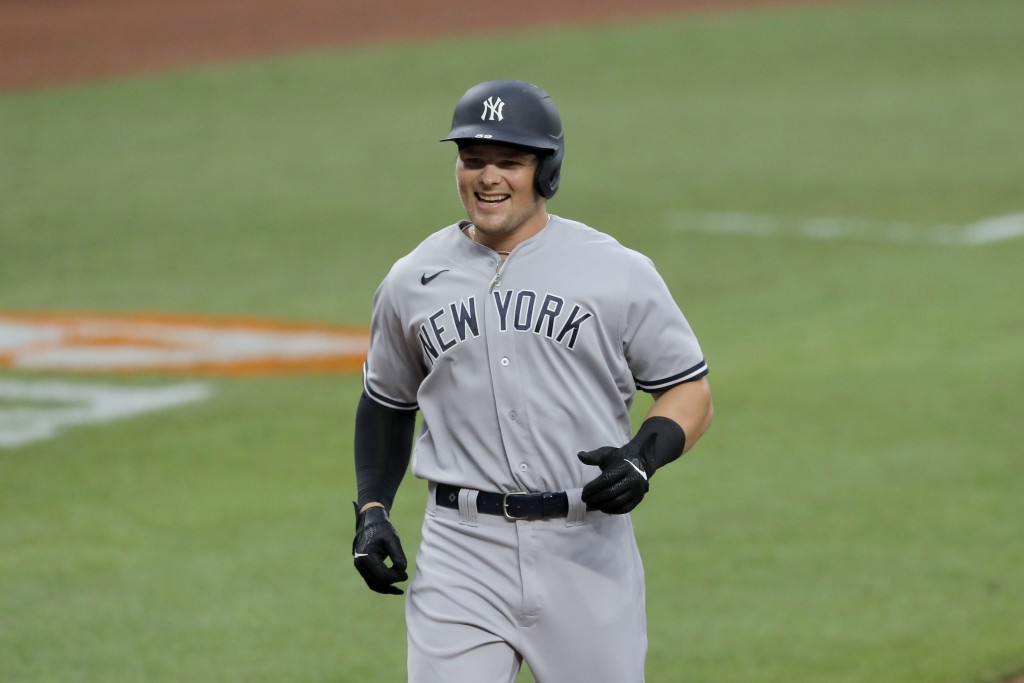 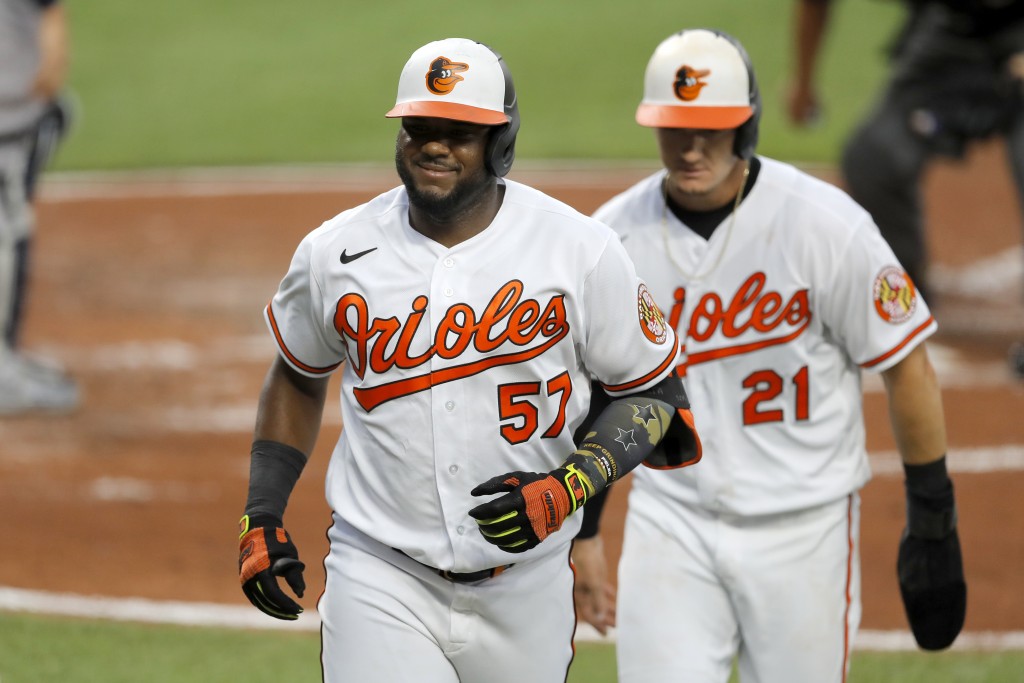 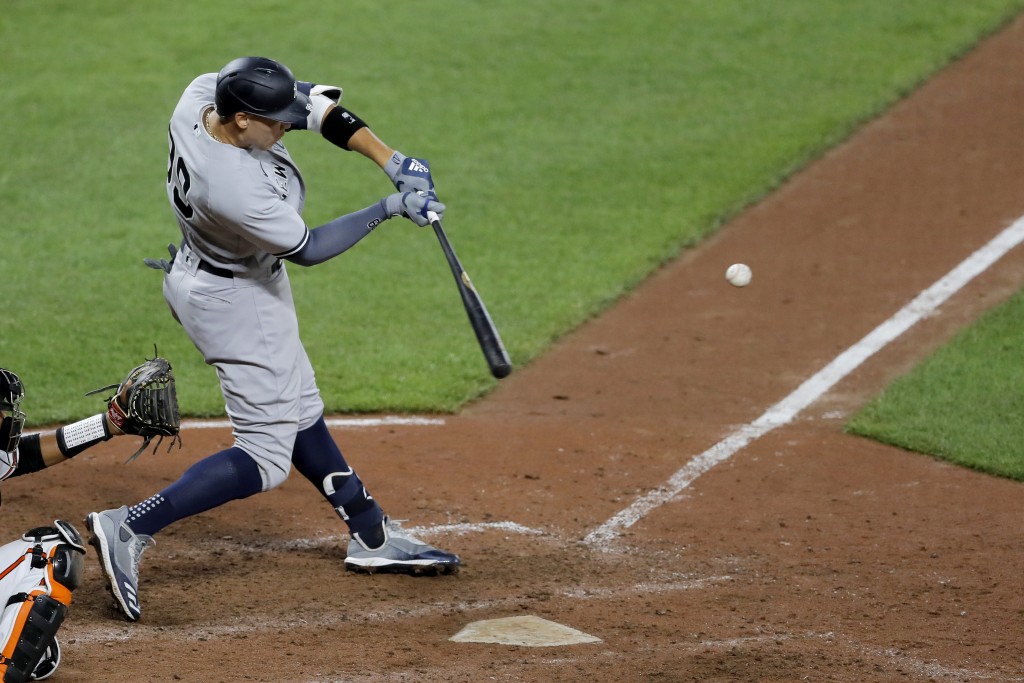 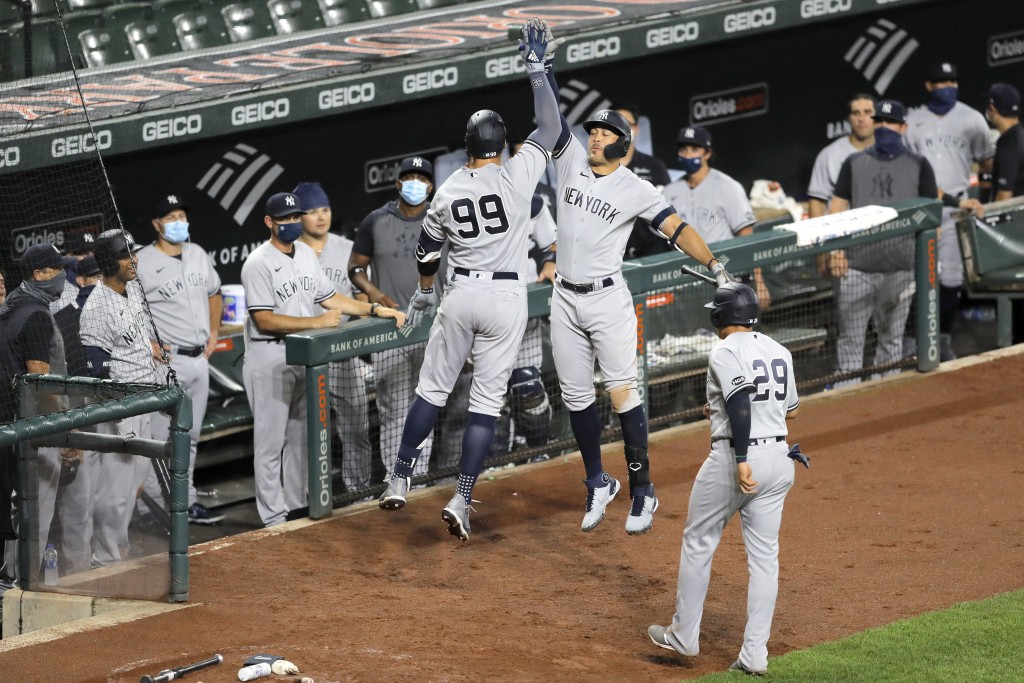 Luke Voit hit his first career grand slam for the Yankees, who stretched their winning streak against Baltimore to 18 games and notched their 17th consecutive victory at Camden Yards. New York has swept six straight series from the Orioles dating to early last year.

Judge's second homer in two games — a no-doubt shot to left off Cole Sulser (0-1) — came after Pedro Severino put Baltimore in front with a two-run drive in the eighth against Jonathan Loaisiga (1-0).

Zack Britton worked the ninth for his second save.

After Voit connected in a five-run first inning against John Means, Hanser Alberto hit a two-run drive in the bottom half off J.A. Happ. Rio Ruiz homered for the third time in five games with a man on in the second to cut the deficit to 5-4.

But that wasn't enough to end Baltimore's misery against New York in a game delayed by rain in the middle of the sixth for 1 hour, 34 minutes.

The Orioles were supposed to host Miami on Wednesday and Thursday, but the Marlins had their season suspended after several players and coaches tested positive for COVID-19. New York was scheduled to play at Philadelphia this week, but the Phillies were ordered to temporarily stop playing because they were coming off a weekend series against Miami.

So the Yankees and Orioles got together in a series made from convenience, and the switch worked quite well for New York.

Means was named Baltimore's opening day starter on July 10, but arm fatigue delayed his season debut until this game. He got off to a miserable start, hitting two straight batters before allowing an RBI single and a walk to load the bases for Voit, who sent a 1-2 pitch over the center-field wall.

Yankees catcher Gary Sanchez went 0 for 3 and is 0 for 15 with 10 strikeouts to start the season.

Baltimore sent reliever Cody Carroll to the team's alternate site to make room for Means, who was brought off the 10-day injured list.

Yankees: SS Gleyber Torres got plunked in the right elbow by a first-inning pitch from Means. He was ultimately removed in the bottom of the fourth. X-rays were negative.

Orioles: 1B Chris Davis missed a second straight game and was not at the ballpark. Manager Brandon Hyde would not explain the absence, saying only that the slugger was “unavailable." The Orioles do not release results of COVID-19 tests. ... SS José Iglesias sat out the game with a left quad strain and is day to day, according to Hyde. The injury occurred while Iglesias was running out a double on Wednesday.

Yankees: LHP Jordan Montgomery makes his season debut when New York opens the home portion of its schedule against the Red Sox on Friday night. Montgomery pitched in only two games last year after returning from elbow surgery.

Orioles: Alex Cobb (1-0, 1.69 ERA) faces the Tampa Bay Rays at Camden Yards on Friday night. Cobb was drafted by Tampa Bay and pitched there for six years before signing with Baltimore as a free agent in 2018.