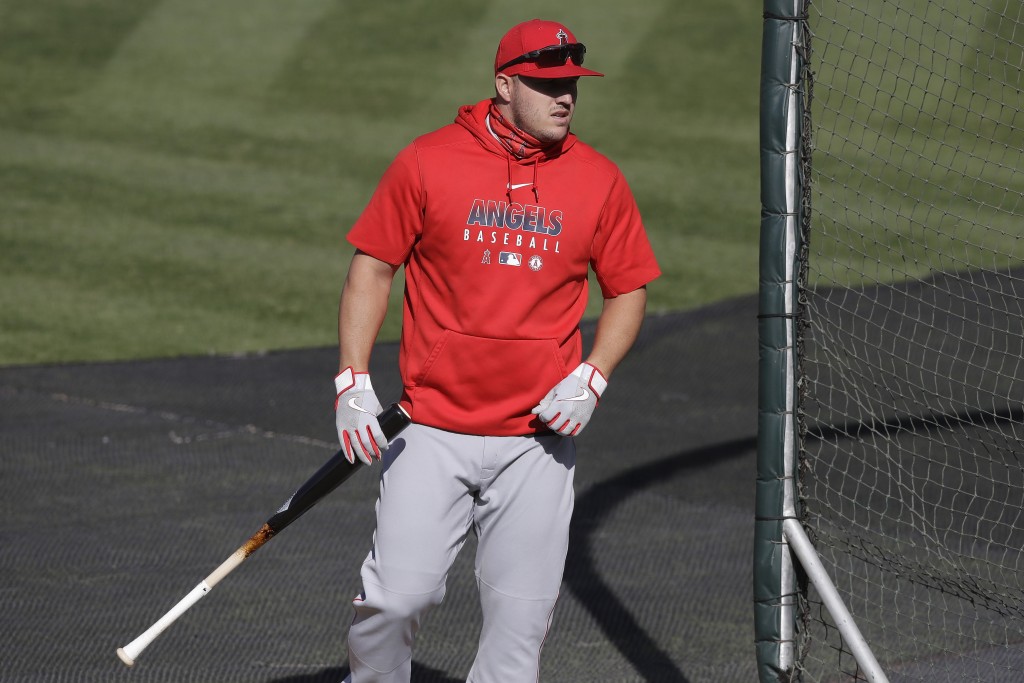 ANAHEIM, Calif. (AP) — Mike Trout was placed on the paternity list before the Los Angeles Angels' game against the Seattle Mariners on Thursday night.

The reigning AL Most Valuable Player and his wife, Jessica, are expecting their first child, which was due Monday. Trout, who turns 29 on Aug. 7, initially expressed reservations about playing the season due to the coronavirus pandemic when players started summer camp workouts but was pleased with how the Angels were trying to keep players healthy.

The Angels recalled right-handed pitcher Kyle Keller to take Trout's roster spot. Brian Goodwin moved from right to center field and will bat second, which is Trout's usual spot in the lineup.