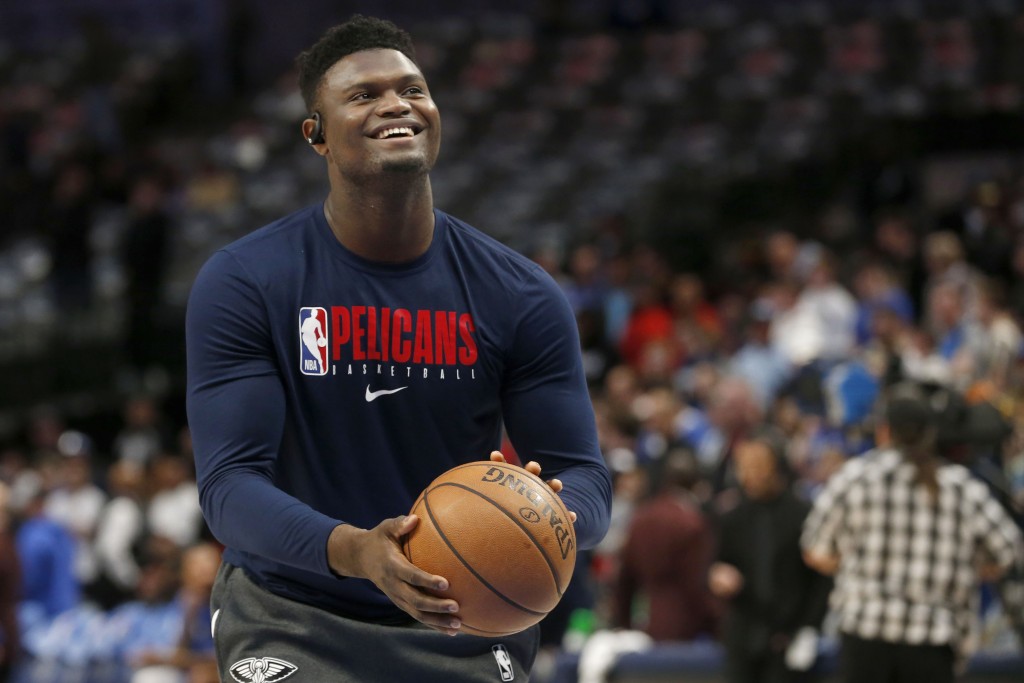 Williamson left the team July 16 to attend to a family medical matter. He returned July 24 and tested negative for the coronavirus while he was away, but was placed on quarantine by the NBA for four days before being allowed to rejoin New Orleans for practice on Tuesday night.

Coach Alvin Gentry had said during pregame comments that he hoped to have Williamson in the lineup but that both Williamson and the team medical staff would make the final decision after pregame warmups.

Right knee surgery forced the 6-foot-6, 285-pound Williamson to miss the first 44 games of his rookie season. But in 19 games since his return in January, he has averaged 23.6 points and 6.8 rebounds.

His return bolsters the Pelicans' hopes for a playoff spot. New Orleans resumes the season 3 1/2 games behind Memphis for the eighth and final playoff spot. But under rules adopted for the season's resumption, a ninth-place finish can give a team a chance to make the playoffs as well.