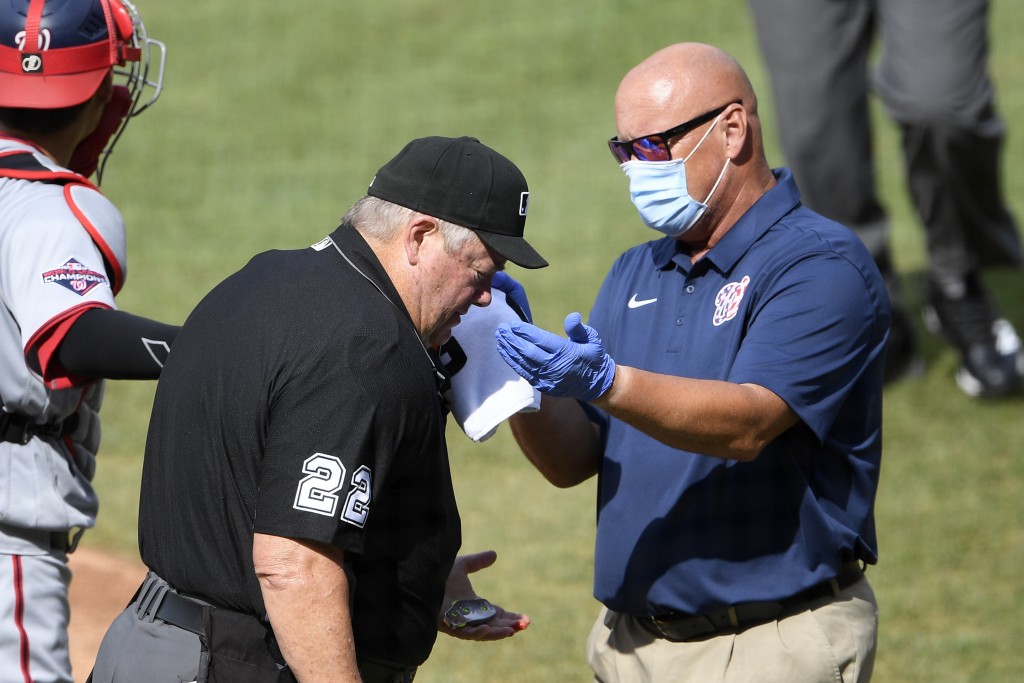 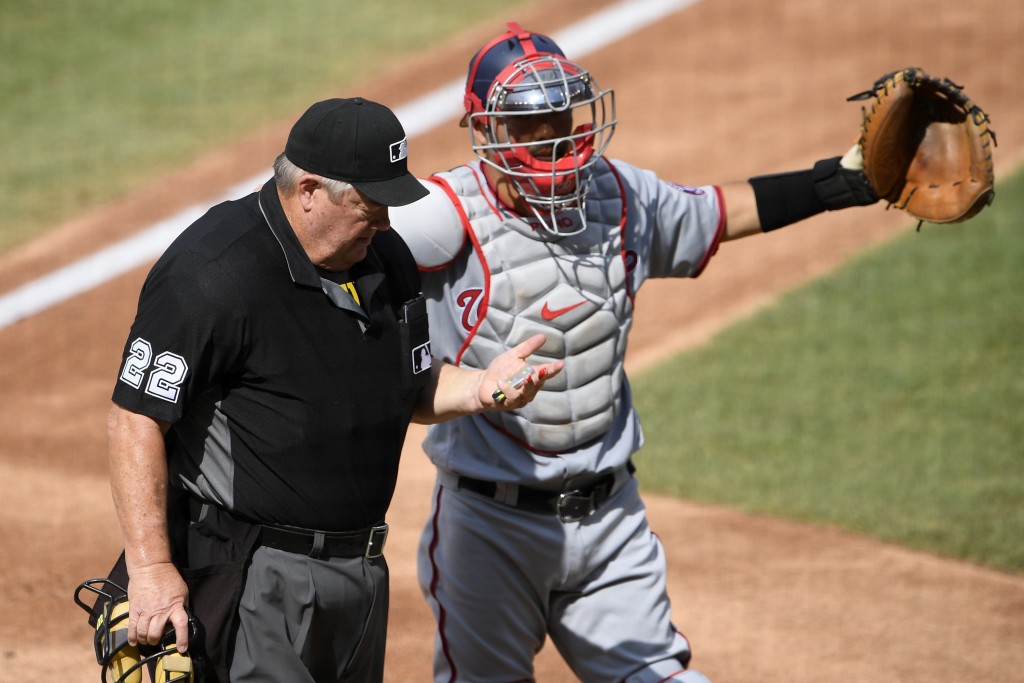 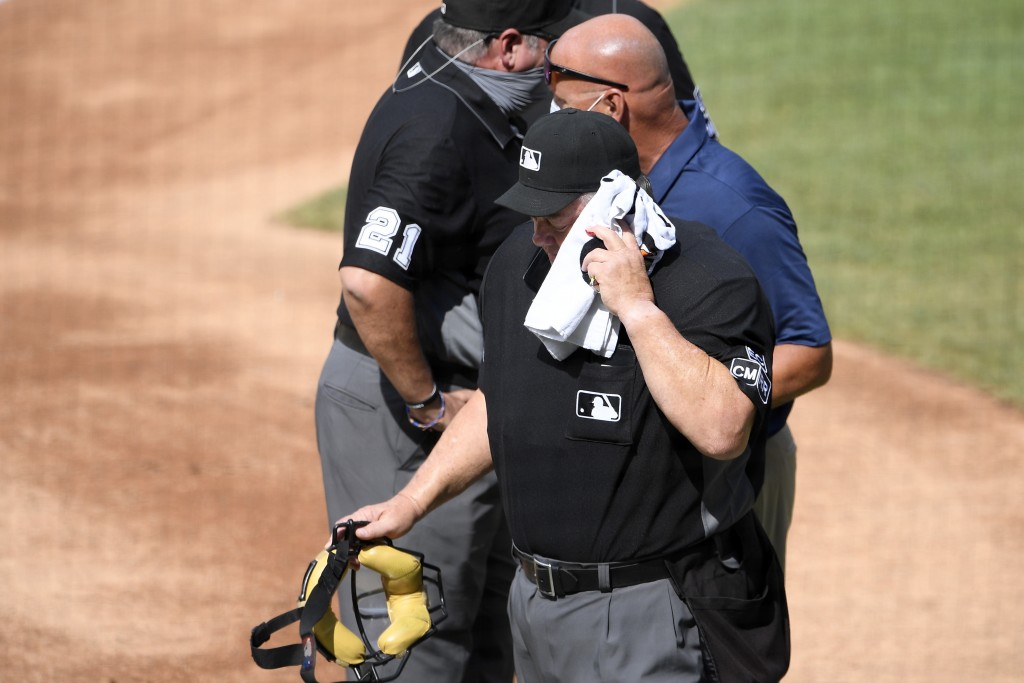 WASHINGTON (AP) — Home plate umpire Joe West left in the bottom of the first inning of Thursday's game between the Washington Nationals and the Toronto Blue Jays after getting bloodied when he was hit in the head by Bo Bichette's flying bat.

The 67-year-old West, who is the senior umpire in Major League Baseball, was struck near his left ear when Toronto leadoff hitter Bichette lost hold of his bat while swinging at — and missing — the first pitch thrown by Washington right-hander Erick Fedde.

Nationals trainer Paul Lessard came out to check on West and gave him a white towel to press against his head. The trainer then walked off the field with West, taking him to a ramp that leads to the clubhouses and umpires' room at Nationals Park.

Play in the game — the last four of four in a row between the teams — was delayed for six minutes. When action resumed, Vic Carapazza moved from his original assignment at second base to behind the plate, and the game continued with three umpires.

Bichette, who had missed the previous three games with a tight left hamstring, doubled on Fedde's next pitch and came around to score on a single by Lourdes Gurriel Jr.

West made his debut as a big league umpire in 1976, then became a full-time staff member two years later. He entered the 2020 season having worked 5,312 regular-season games in the majors, second to Bill Klem’s 5,370.

Although the game was in Washington, the Blue Jays were the “home” team — batting in the bottom half of each inning — because the Canadian government wouldn't allow them to use their home stadium in Toronto during the coronavirus pandemic. Eventually, the Blue Jays will use a minor league ballpark in Buffalo to host their games, but that facility is still being prepared.