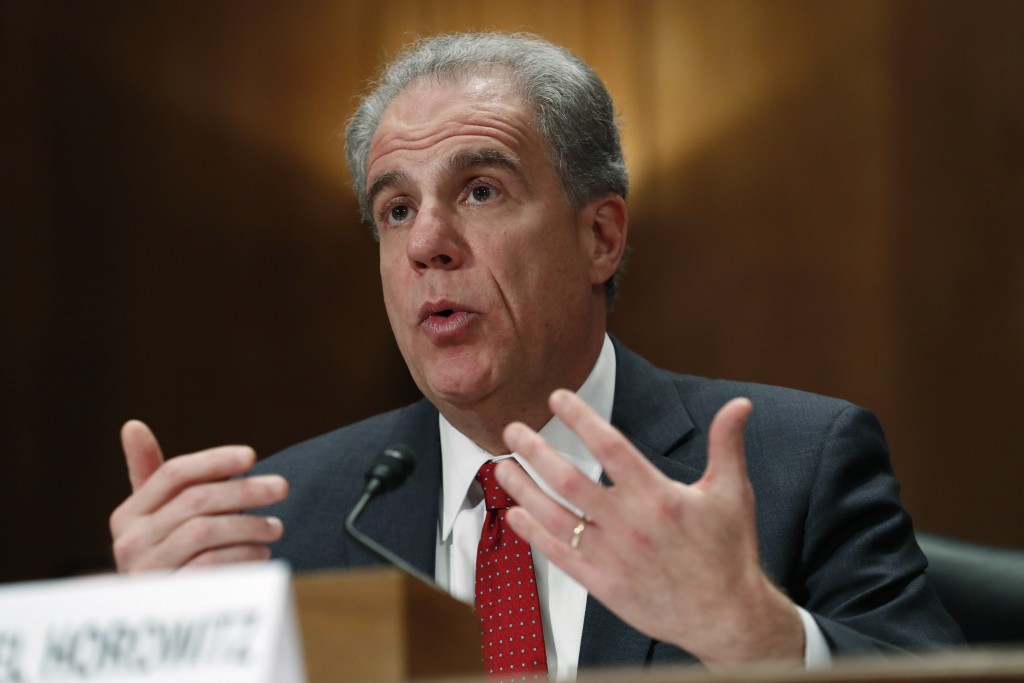 WASHINGTON (AP) — The FBI said Thursday that errors in more than two dozen applications for surveillance warrants were not as severe as the Justice Department inspector general made them out to be.

The FBI statement appears to counter criticism from Democrats and Republicans alike that its process for conducting secret surveillance in national security investigations is riddled with significant errors that undermine the bureau's credibility.

The Justice Department watchdog has issued a series of critical reports on the topic over the last year, identifying important errors and omissions in applications the FBI submitted to wiretap a former Trump campaign adviser in the Russia investigation. In March, it said it had conducted an audit of 29 wiretap applications and found problems in all 29, including apparent errors or inadequately supported facts in 25 of them.

But the FBI said that its own review of the 29 applications found only two material errors, and neither is believed to have affected a judge's decision that there was probable cause for the surveillance. The FBI says that out of nearly 7,000 facts in the applications, there were rough 200 nonmaterial errors, such as typos and date inaccuracies.

The FBI also says that each of the applications was submitted before FBI Director Chris Wray announced more than 40 changes aimed at improving the process and fixing problems identified by the inspector general.

The statement comes amid an effort by the FBI to shore up the accuracy of applications submitted to the secretive Foreign Intelligence Surveillance Court, which processes requests to eavesdrop on American soil in national security investigations.

A December report from the watchdog office found significant errors and omissions during applications submitted to eavesdrop on former Trump campaign associate Carter Page, and said the FBI had failed to update the court when it received new information that undercut the premise for the surveillance.

After that report was issued, Inspector General Michael Horowitz announced a broader review of how the FBI uses its spy powers under the Foreign Intelligence Surveillance Act, often known by the acronym FISA.

“The FBI considers FISA an indispensable tool to protect the United States against national security threats and is dedicated to the continued, ongoing improvement of the FISA process to ensure all factual assertions contained in FISA applications are accurate and complete," the FBI said in a statement.