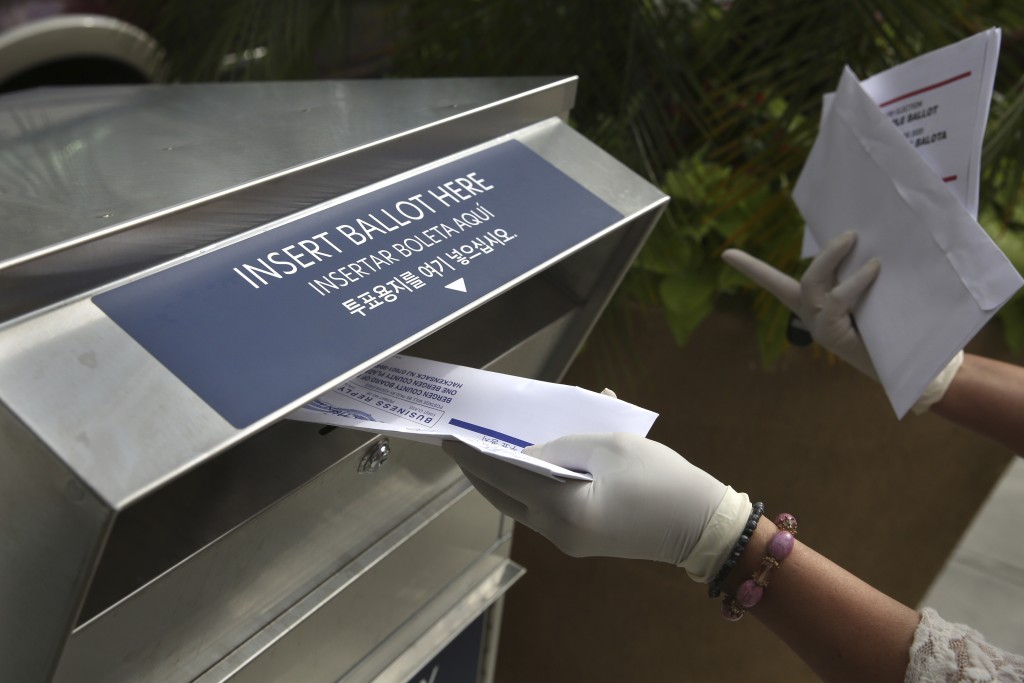 The virtual exercise, which concluded Thursday, involved more than 2,000 participants who brainstormed ways to deal with problems and crises that could arise during a November election expected to bring unique challenges tied to the coronavirus pandemic.

“One of the great things about them is they're always designed to basically be your worst day ever. The good thing about it is it really forces you to think through a lot of issues," said Ben Hovland, a commissioner on the U.S. Election Assistance Commission.

This is the third year DHS has held these exercises, though this one was held virtually because of coronavirus concerns. It comes at a particularly fraught moment as the nation edges closer toward a contentious presidential contest when an expected surge in absentee balloting is likely to delay the reporting of results and test election officials in profound, even unexpected ways. And it unfolds against the backdrop of problems that have tripped up elections in several states this year.

President Donald Trump has added to the uncertainty of the election by making unsubstantiated allegations that increased mail-in voting will result in fraud and even floating the idea Thursday that the election could be postponed — though that extraordinarily unlikely event would require an act of Congress.

One imagined scenario involved a supply chain disruption affecting the ability to obtain ink for printing paper ballots, according to an email from the office of Iowa Secretary of State Paul Pate.

“Whether it’s ink, envelopes, paper, etc. we’re dependent on the timely delivery of materials to conduct the election,” Pate said in the email.

In general, the scenarios were designed to be pragmatic, realistic ones, running the gamut from physical concerns (protecting polling places and ballots), cybersecurity ones (protecting against hacks of election infrastructure) to disinformation campaign that could affect public opinion.

The exercises, which include participants from governments but also private sector election companies and national political committees, reflect the “whole of nation" effort to combat election threats, said Matt Masterson, a senior cybersecurity adviser at the Cybersecurity and Infrastructure Security Agency, which hosted the event.

On the federal level, Masterson said, one of the continued areas for improvement is pushing out information on threats to local election officials in a timely way.

“What we keep hearing from the election officials is, we appreciate you sharing information with us, but can you make it so that it's shareable broadly,” including by declassifying it, Masterson said.

The exercise was also aimed at avoiding some of the problems already experienced by some of the states that have held elections this year.

In Iowa, a malfunction muddied the reporting of caucus results for the Democratic primary in February. Voters waited as long as five hours to cast ballots in June primary elections in Georgia, which experienced problems with new voting machines and reduced staffing levels at polling places because of coronavirus concerns.

One additional benefit of the exercise is the personal connections that officials can build before a crisis occurs, said David Stafford, the election county supervisor in Escambia County, Florida.

“You build these relationships with people and get familiar with them outside the time of crisis,” Stafford said. “When and if the time comes that you do need to reach out and work with these individuals, you already have some existing relationships.”