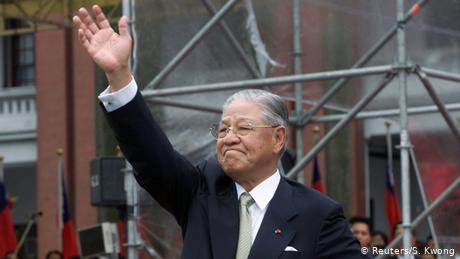 The former president of Taiwan, Lee Teng-hui, who earned the nickname "Mr. Democracy" for his role in shifting the island away from authoritarian rule, died on Thursday.

The 97-year-old had been hospitalized in February after choking while drinking a glass of milk, and he was being treated for pneumonia.

He was despised by the Chinese Communist Party, whose leaders said he should be tossed into "the dustbin of history."

Lee became the first democratically elected president of Taiwan in 1996 after winning a landslide victory. This followed months of intimidating military exercises by China near the Taiwanese coastline, widely viewed as part of an effort to scare voters.

He was president from 1988 to 2000, having been given the role after the death of former leader Chiang Ching-kuo — son of wartime Nationalist leader Chiang Kai-shek who ruled the island for almost five decades.

Lee was able to capitalize politically on his opposition to China's efforts to absorb Taiwan, saying he hoped the island could be "a country of democracy, freedom, human rights and dignity."

Born in northern Taiwan to a rice and tea-farming family, Lee was educated under Japanese colonial rule and he was a fluent Japanese speaker. He served for a short time in the imperial Japanese army and studied at university in Kyoto. He also studied in the United States, at the universities of Iowa State and Cornell.

As the first president to be born in Taiwan, to a family of rice farmers, he took a tough line with Beijing.

Lee insisted on a "special," but most crucially equal, "state-to-state" relationship with China. He also sought to sever cultural links to pursue a more distinct Taiwanese identity for the fledgling democracy.

This angered some within his Nationalist Party, who still aspired to return in victory to the mainland from which many had fled in 1949 at the end of the Chinese civil war.

Lee's Nationalists lost the election in 2000 to the Democratic Progressive Party when former human rights lawyer Chen Shui-bian became president. Lee was accused by some on his own side of causing the defeat with his failure to back its favored candidate, which led to a splitting of the vote.

He was expelled from the party in 2001 over his public support for pro-independence party candidates. Lee was indicted in 2011 on charges of corruption during his time in office, a move that his allies described as being aimed at discrediting a pro-independence party that he had supported in the run-up to the 2012 presidential election.