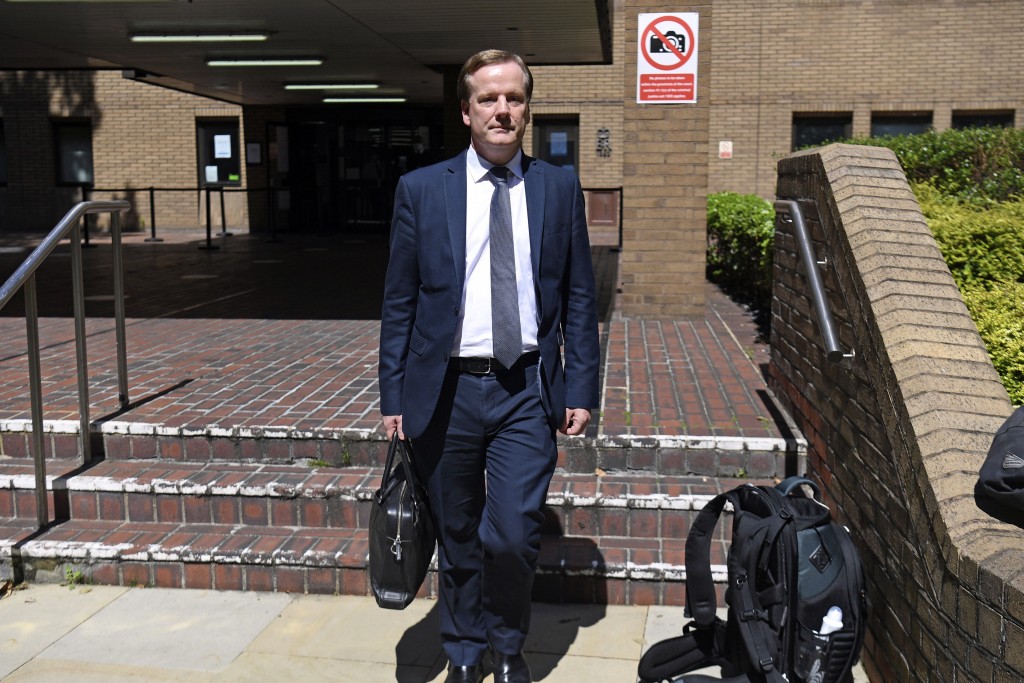 One victim said Elphicke, 49, kissed her and groped her at his London home in 2007 before chasing her around the residence chanting “I’m a naughty Tory.”

The second woman, a parliamentary worker in her early 20s, said Elphicke tried to kiss her and then groped her when they met for a drink in April 2016. She said he assaulted her again a month later.

“I think he thought that if he kept going that I would one day cave,” she said in court. “But I wouldn’t.”

Judge Philippa Whipple released Elphicke on bail until his sentencing hearing set for September. The judge said he faced “the very real possibility” of a prison sentence.

Elphicke was the Conservative lawmaker for Dover in southeast England from 2010 until November 2017, when the allegations emerged and he was suspended from the party. He was controversially restored by then-Prime Minister Theresa May a year later, just before a key party vote on her leadership.

In court, Elphicke admitted lying to police, the Conservative Party and his wife about his actions.

He stepped down before the U.K.'s general election in December, and his wife, Natalie, contested and won his former seat.

Natalie Elphicke, who had arrived at court with her husband, said in a statement that Thursday’s verdict “is one that brings profound sorrow. It ends my 25-year marriage to the only man I have ever loved.”