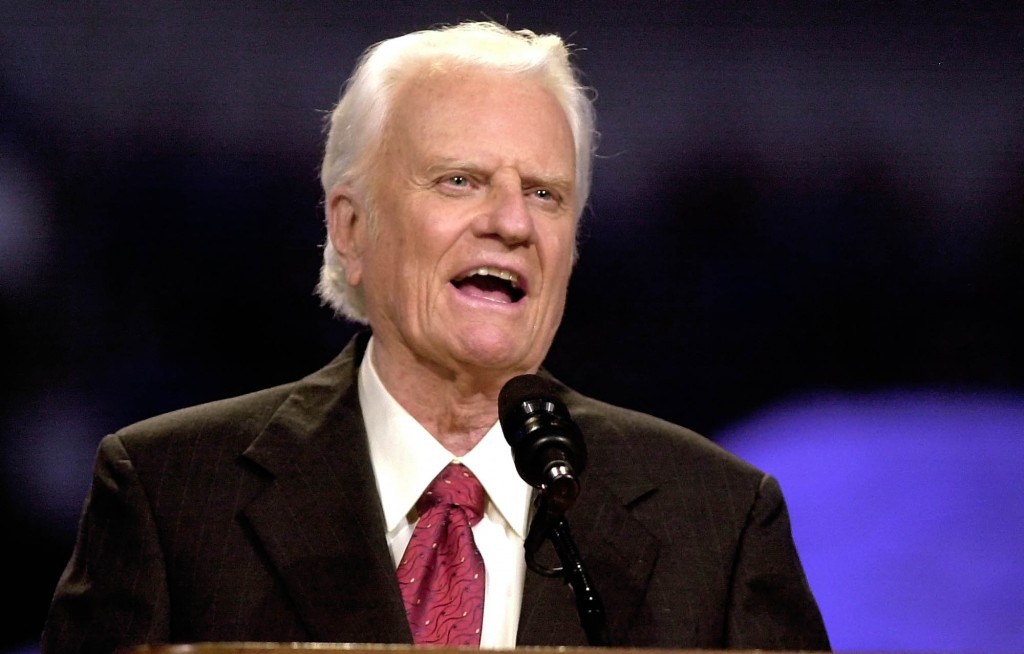 RALEIGH, N.C. (AP) — A North Carolina legislative committee has approved a model of a statue honoring the late Rev. Billy Graham to replace one of a former governor and white supremacist who currently represents the state in the U.S. Capitol's National Statuary Hall.

A congressional committee will hold a final vote on the model.

Graham, a Charlotte native who was a counselor to presidents, has been described as the most widely heard Christian evangelist in history. He died in 2018 at the age of 99.

Each state is allowed two statues to represent it in the hall, and the statue of Graham would replace that of Charles Aycock, a governor who also led white supremacist campaigns at the turn of the 20th century. Aycock's statue has represented North Carolina in the hall for nearly 90 years.

A bill by the Democratic-led House Appropriations Committee announced this month seeks to remove all Confederate busts and statues of “individuals with unambiguous records of racial intolerance” from the Capitol, including Aycock's.

The plan to replace his statue with one of Graham has been in the works since 2015, but the bill would speed up the removal process and also affect North Carolina’s other statue, which depicts Zebulon B. Vance, a former governor and Confederate military officer, according to The Charlotte Observer.

Former State Rep. Dan Soucek, who proposed the switch, said representatives wanted the statue to be of someone who made an impact in the lives of North Carolinians and those around the world.

“When people from all over the country and all over the world walk through Washington and say, North Carolina has two choices to be in here, what do we want them to be?” The newspaper quoted the Republican representative as saying.

The statue of Aycock would likely be moved to his birthplace in Wayne County, according to Garrett Dimond, North Carolina General Assembly attorney.

It was not immediately clear whether the process has begun to replace the statue of Vance.