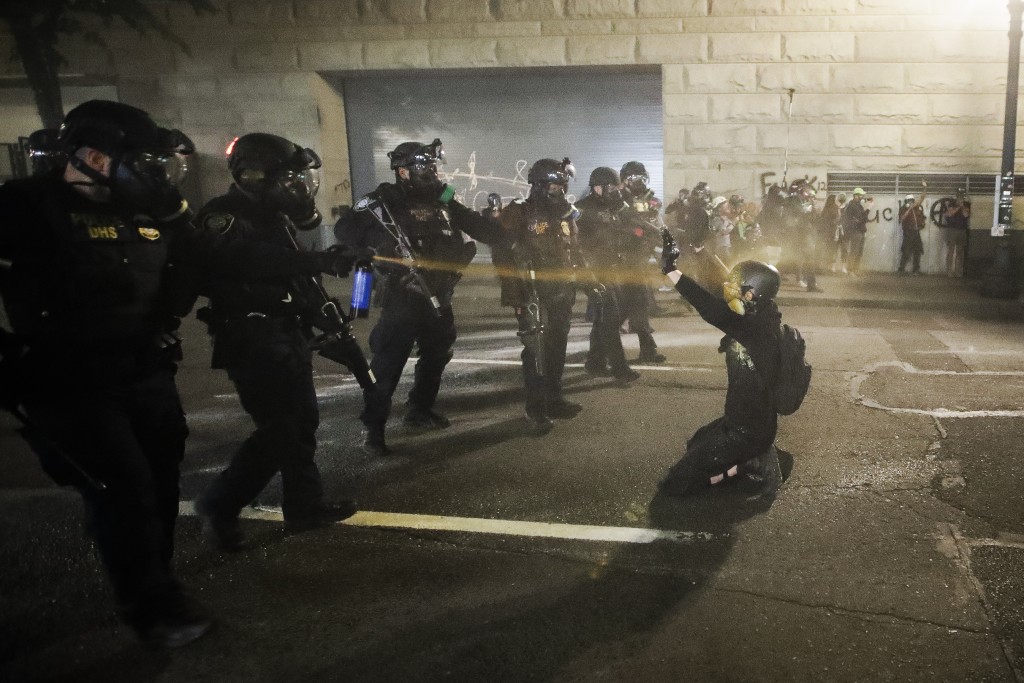 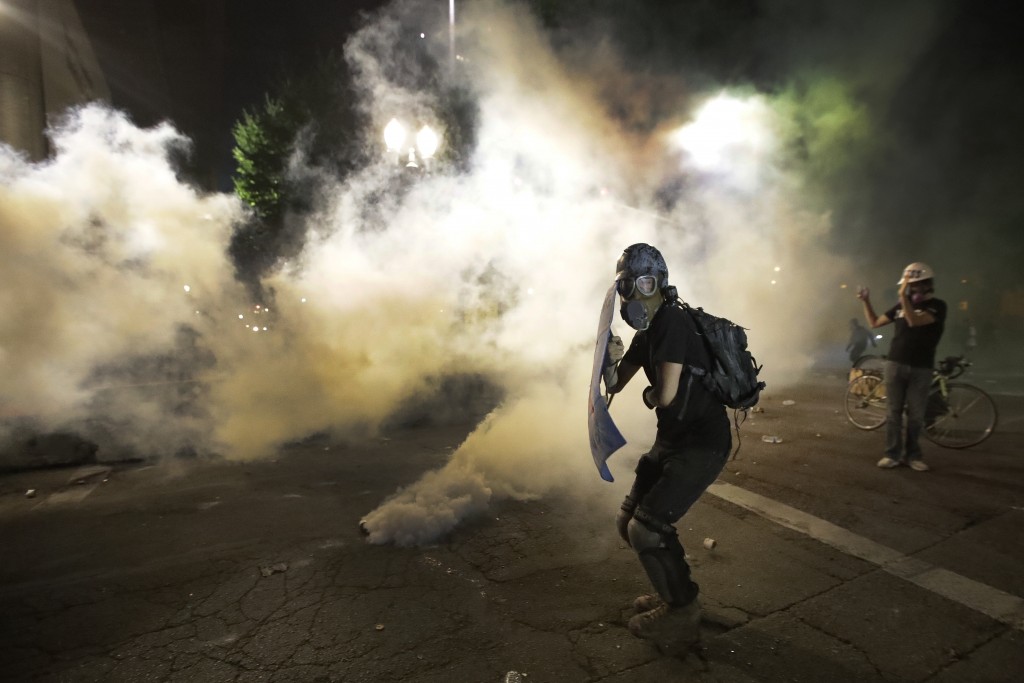 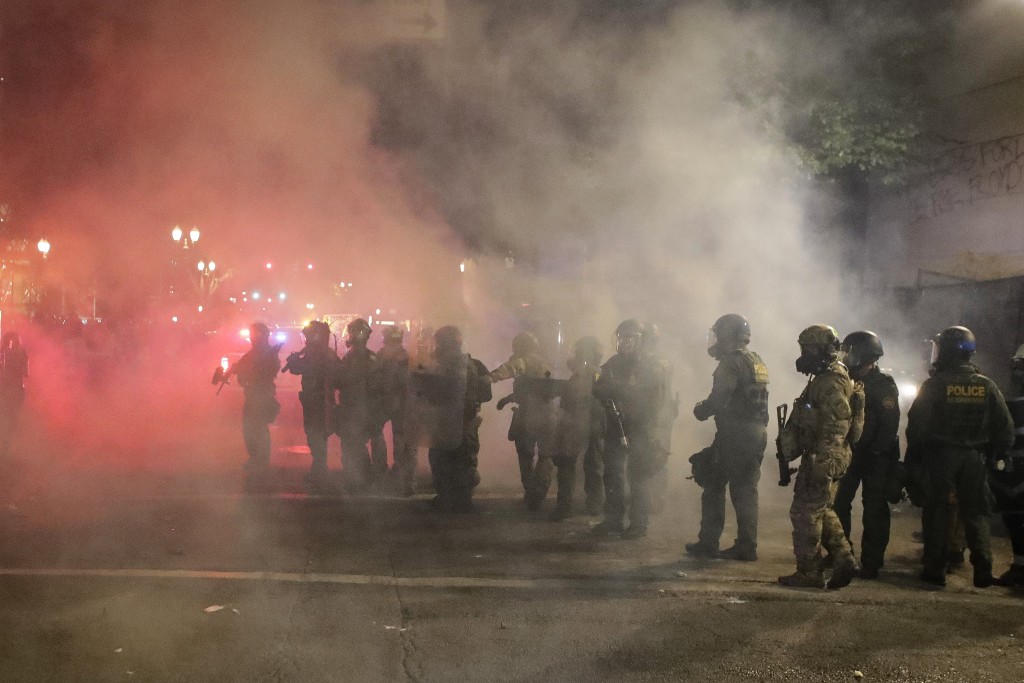 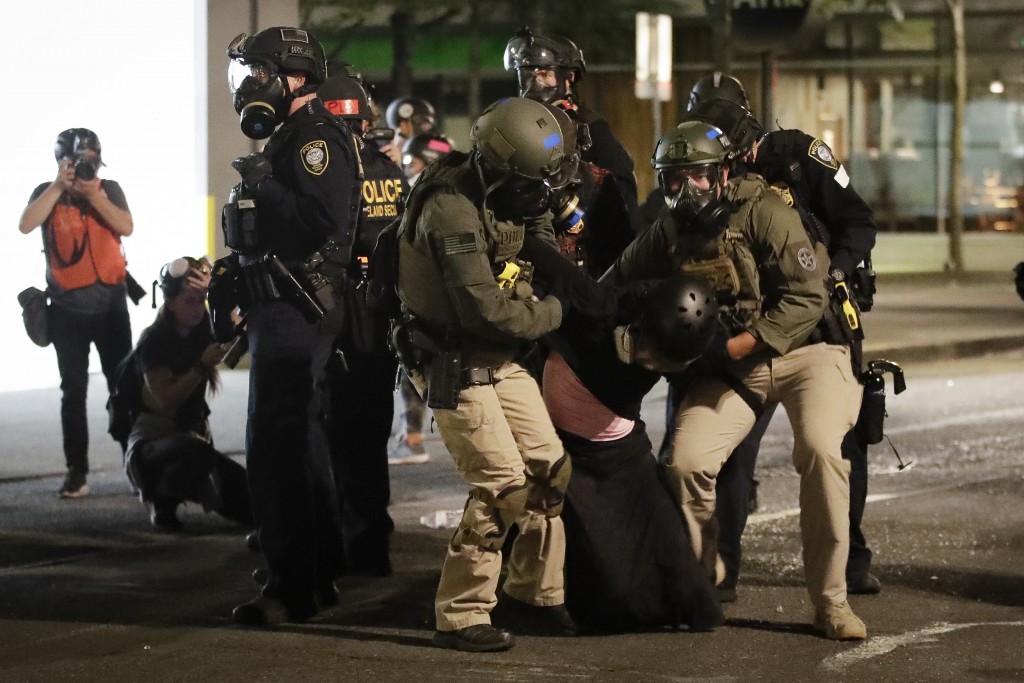 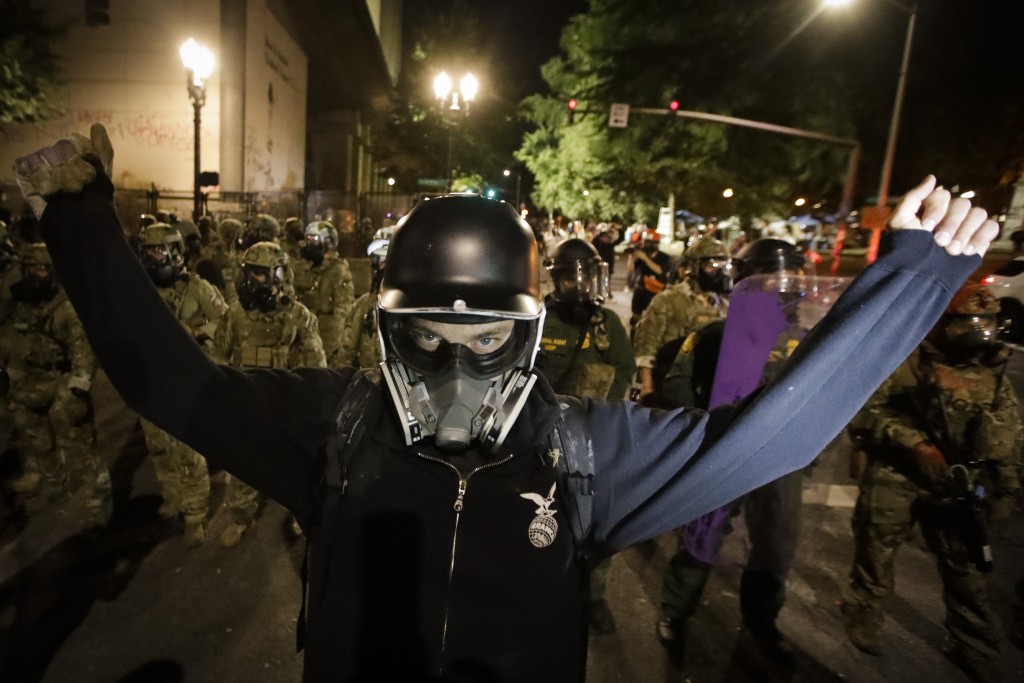 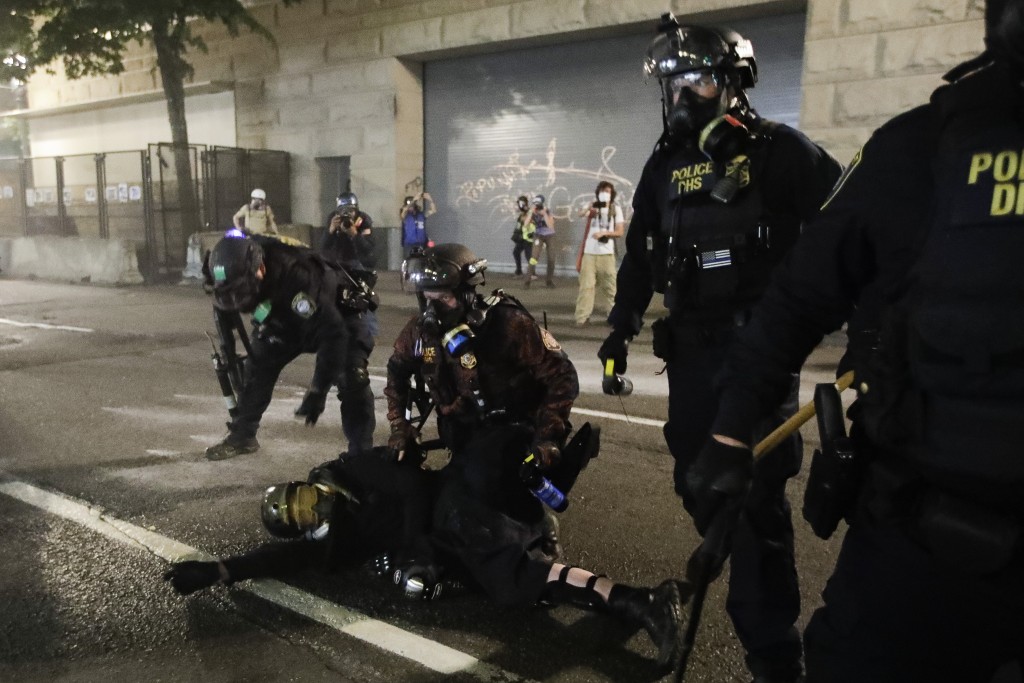 PORTLAND, Ore. (AP) — The Trump administration and Oregon leaders declared victory after it was announced that U.S. agents guarding a federal courthouse during violent demonstrations in Portland will pull back, but it wasn't clear the agreement will reduce tensions that have led to more than two months of protests.

But Acting Secretary for the Department of Homeland Security Chad Wolf wouldn’t specify where they would go. He insisted a federal presence would remain in Portland until the Trump administration is convinced the agreement is working and Oregon State Police troopers are effectively protecting federal property.

Hours after the deal was announced, protesters and federal agents faced off again Wednesday night on downtown streets near the Mark O. Hatfield Federal Courthouse, the Oregonian newspaper reported.

Thousands of demonstrators turned out, drawing dozens of agents in Department of Homeland Security and Customs and Border Protection uniforms from the courthouse. Clashes that dragged into Thursday morning brought tear gas, impact munitions and more arrests.

Many of the demonstrators are peaceful, but smaller numbers of hardcore activists hurl fireworks, flares, rocks and ball bearings at federal agents, use green lasers to blind them and spread graffiti on the federal courthouse.

President Donald Trump earlier this month sent the agents to Portland as protests against racial injustice increasingly targeted U.S. government property, including the stately Portland courthouse. But the deployment appeared to have the opposite effect, reinvigorating demonstrators who crafted a new goal of getting rid of the federal presence.

After the deal was reached, Wolf told reporters the federal "law enforcement presence in Portland will remain in Portland, whether they’re staying inside the courthouse, next door or a different location.”

Oregon State Police Superintendent Travis Hampton said his agency would deploy a special operations team and some uniformed troopers to the courthouse for a two-week rotation.

The agency hopes its efforts will allow a tall protective metal courthouse fence that was recently propped up with concrete highway barriers to be removed and “restore a semblance of normalcy, while meeting community expectations and our obligations to protect the federal property,” Hampton said. He added that the troopers dispatched to the site are Oregon residents.

At a stand providing free food for protesters in a park across the street from the courthouse, Tyler Smith flipped burgers Wednesday afternoon and said he thought the deal to pull back the U.S. agents was a “great idea.”

"I’ve been thinking this needs to be handled by the state or by the city for some time,” Smith said. State troopers might take a softer approach with the protesters because the troopers are from Oregon, Smith said.

The agreement also calls for the U.S. government to clean the graffiti off of the courthouse, which is federal property. Portland Mayor Ted Wheeler has said federal officials previously refused to clean the courthouse, contributing to the impression that the entire city was under siege.

Trump declared victory shortly after the announcement, tweeting that federal agents prevented Portland from being “burned and beaten to the ground.”

The conflicts between protesters and the federal agents have been limited to roughly two square blocks around the courthouse and have not affected the rest of the city, which has been much more subdued amid the coronavirus pandemic.

“The federal occupation of our community has brought a new kind of fear to our streets. Federal agents nearly killed a demonstrator, and their presence has led to increased violence and vandalism in our downtown core,” he said.

Like many other protests nationwide touched off by the police killing of George Floyd in Minneapolis, the Portland demonstrations sought to highlight and call for an end to racial injustice. But they had increasingly focused on federal property even before the U.S. agents arrived.

Brown cautioned Wednesday that the lower visibility of the federal agents — and their ultimate departure — won’t immediately resolve the conflict at the courthouse.

“The violence, the property destruction, which includes burning of trash cans and throwing of rocks, that must stop," the governor told The Associated Press.

Many protesters want reduced funding for the Portland Police Bureau and are angry that city officers used tear gas on protesters multiple times before federal agents arrived. Brown said the departure of the federal agents was a chance to address that anger and to begin to make improvements in community policing.

“This was a political theater for the Trump administration to bring federal troops into Portland streets. It was about winning political points with their base," she said.

Balsamo reported from Washington. Associated Press writers Zeke Miller and Colleen Long in Washington and Suman Naishadham in Atlanta contributed to this report.