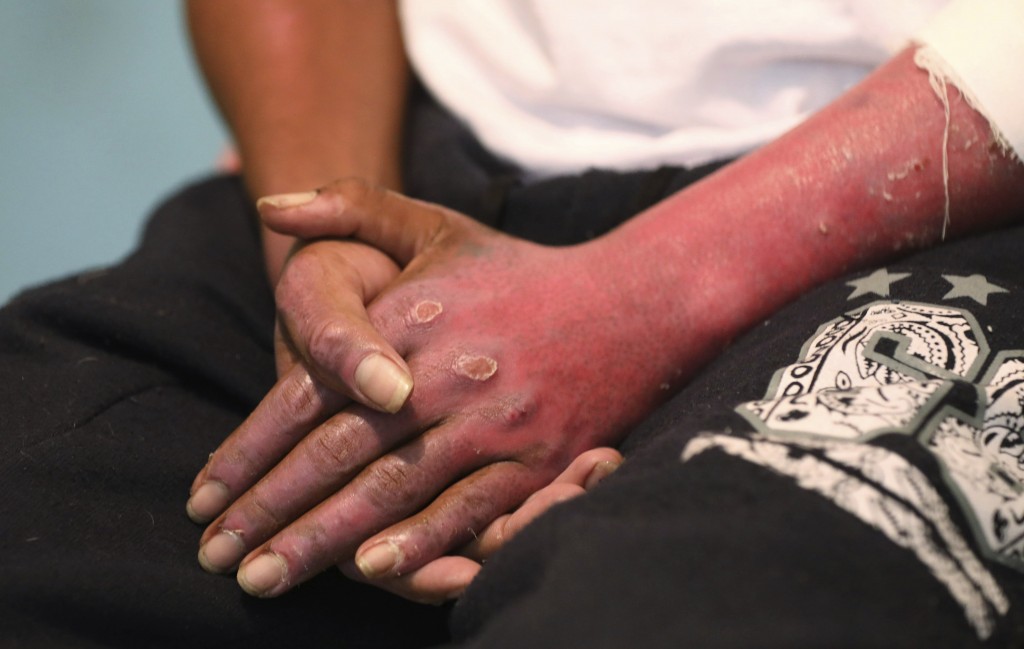 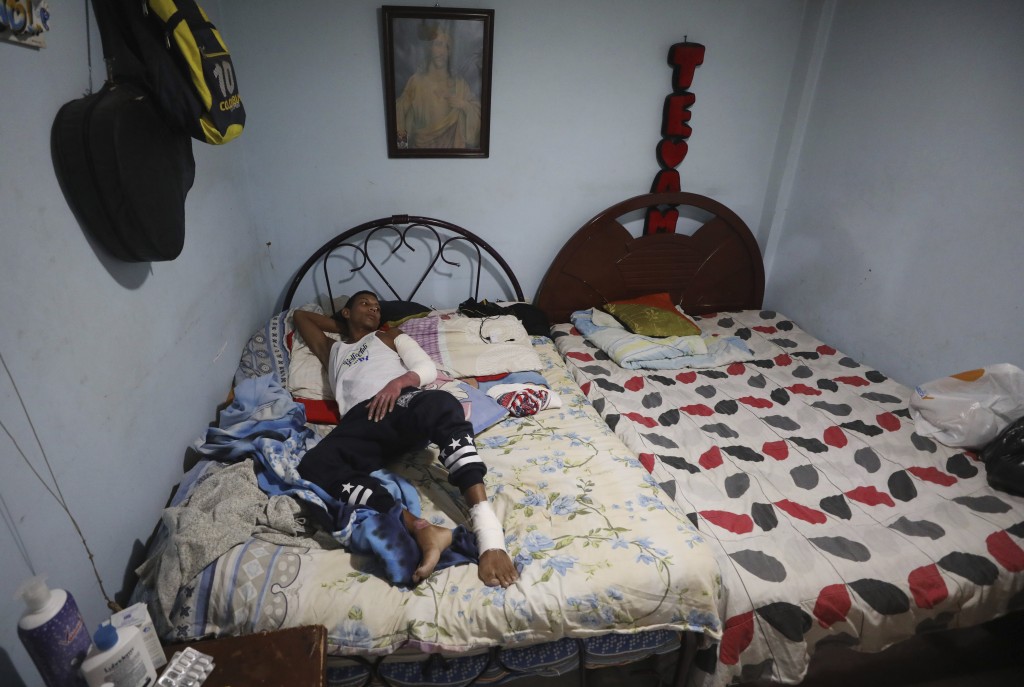 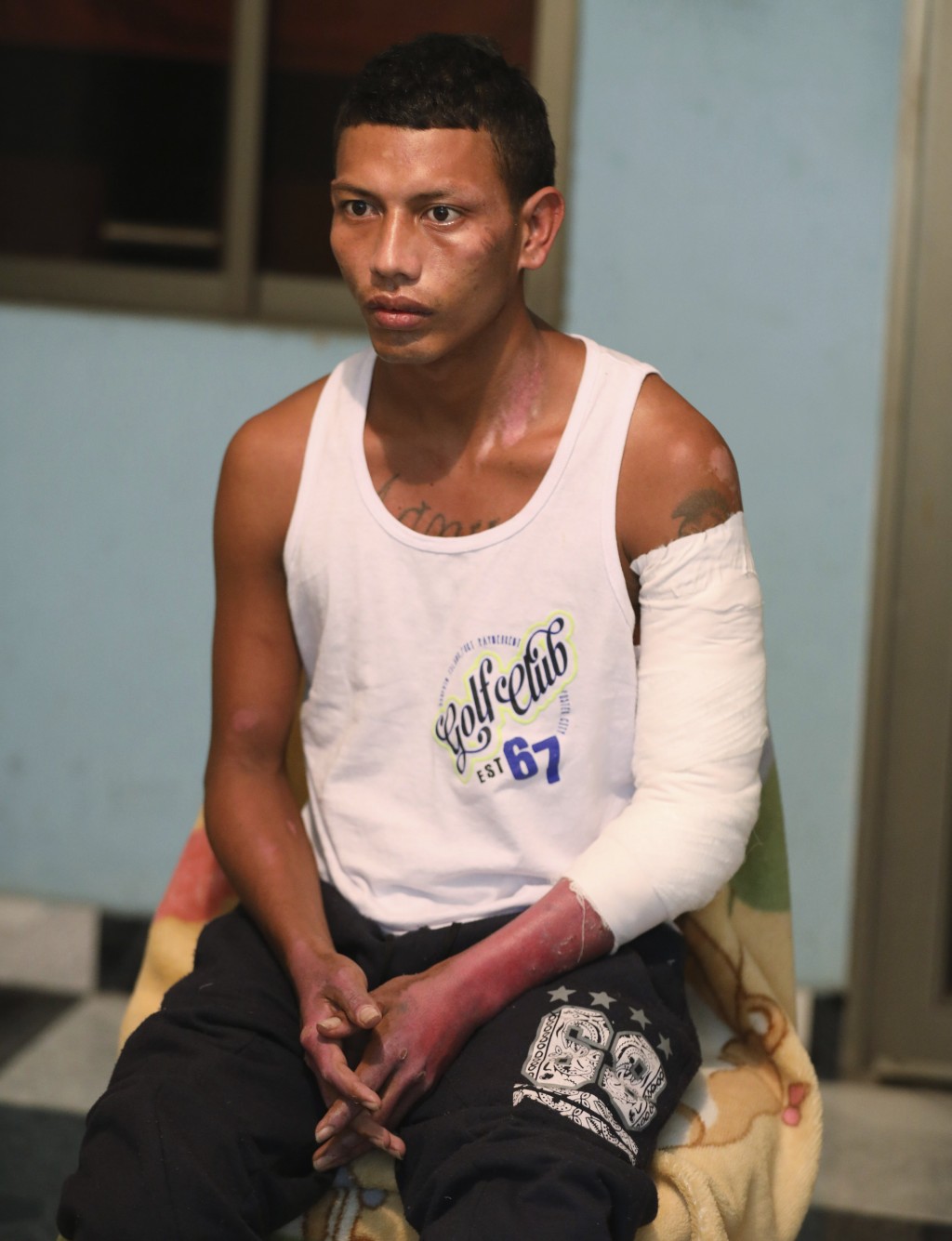 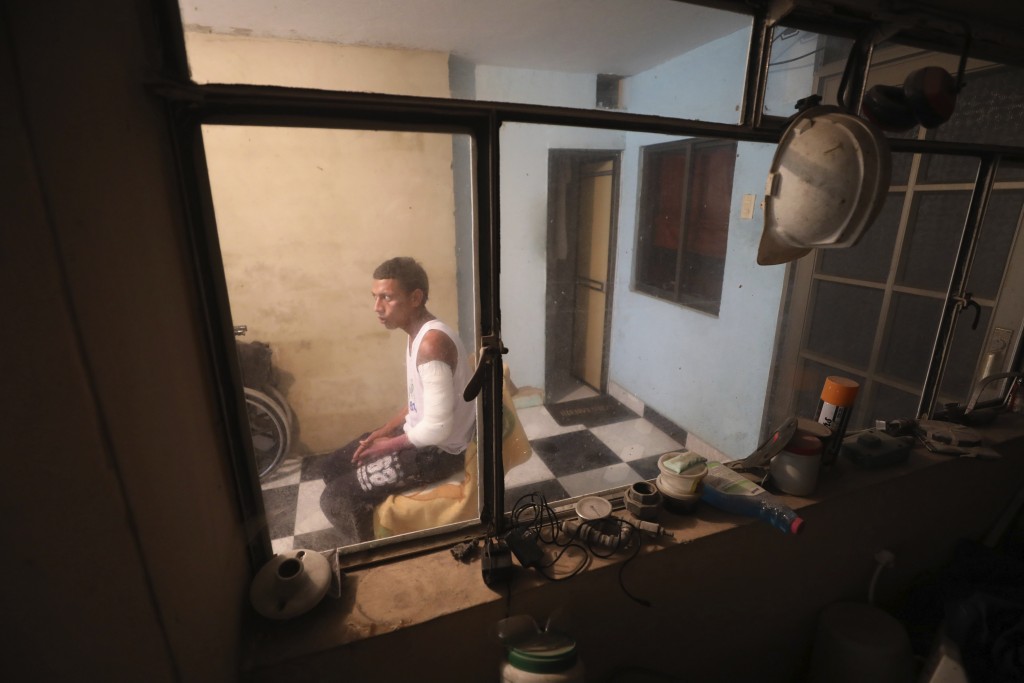 BOGOTA, Colombia (AP) — As news spread through his seaside village that a fuel truck had driven off a highway and tipped over, José Gutiérrez left his small home and headed to the scene.

Along the way, a neighbor handed the 44-year-old fisherman a plastic jug.

Soon, he joined other men wearing flip-flops and shorts looting the truck’s cargo near one of Colombia’s poorest municipalities.

Seven people died instantly and authorities say 38 more have died since from severe burns, including Gutierrez, who left four children behind.

“Nobody deserves to die like that,” says Gutierrez’s partner, Martha Escobar.

The explosion devastated Tasajera, a village on Colombia's Caribbean coast whose livelihood had been badly damaged by ill-designed highway projects and has now grown even more desperate by pandemic restrictions that have sharply reduced its sales of fish.

For many Colombians, the incident highlighted the plight of poor towns across the country as the pandemic decimates the economy, stretches the health system and will likely make it even harder to address deep-rooted inequities.

“The social distancing measures, and the restrictions on mobility have had a disproportionate effect on the poor” said Jorge Restrepo, an economist at Bogota’s Javeriana University. “Their ability to make an income has been severely hurt and will not recover until the end of the pandemic.”

Fishing has long supported the village of some 5,000 people, which lies on a thin strip of land that separates the Caribbean from the Cienaga Grande de Santa Marta, a marsh the size of New York City that is home to dozens of fish, bird and reptile species.

In the 1960s, villagers even exported oysters to Florida, said Sandra Vilardy, a marine biologist who has specialized on the region. But two highways were built around the marsh during that decade, cutting off channels that connected the Cienaga to the Caribbean and diminishing the flow of fresh water from local rivers.

In the following two decades, oysters disappeared. The local catch of fish fell from 27,000 tons per year to 4,000, Vilardy said. Tasajera’s economy took a nosedive.

Some of the impoverished villagers began to exploit the highways by looting trucks that got stranded there, stealing things like soap or food, said Luis Fernando Trejo, a political science professor who has studied the region’s history. It’s a practice that police have been unable to control.

Trucks carrying fish and milk have also been looted elsewhere in Colombia this month — near the coastal city of Cartagena, and in the mountainous province of Antioquia, reflecting the level of desperation caused by the pandemic.

On the morning of July 6, many in Tasajera saw the fuel truck’s crash as an opportunity for some extra money.

Moto-taxi driver Manuel Peña said that a neighbor hired him to go to the site of the accident and he hopped on his motorcycle with a few empty jugs.

A few minutes after Peña arrived, the truck exploded. His half-brother, Cesar Roble, was instantly caught in the fire.

“I walked into the flames and hauled him out of there,” says Peña, who sustained severe burns on his right arm, hips and feet.

Despite the pain, Peña loaded his brother on the motorbike and took him to a clinic in Pueblo Viejo, a town a few miles away.

Peña said he passed out from his injuries after arriving in Pueblo Viejo. When he woke up that night, he found himself in a hospital in another town.

Peña and his brother, along with five more victims, were later flown to a hospital in Bogota, which has a special unit for burn patients. The village’s home state of Magdalena doesn’t have any hospitals equipped to treat severe burns.

But Bogota’s hospitals were out of skin tissue required to treat patients with severe burns. The tissue comes from deceased donors, but the COVID-19 pandemic has made it almost impossible for hospitals in Colombia and elsewhere to collect new donations because potential donors must be tested for COVID-19 hours before they die.

Eventually, skin tissue was donated by a hospital in Texas that still had reserves from pre-pandemic donors.

“We had to wait 10 days for the skin grafts to arrive,” said Dr Patricia Gutierrez, a plastic surgeon who oversees the unit for burn victims at the Simon Bolivar Hospital in Bogota. “That made treatment more complex.”

Peña survived after spending 15 days in the hospital and has been recovering at a relative’s home in Bogota. His brother died in the intensive care unit.

The 25-year-old said he will now have to work even harder to sustain both his own family and that of his brother, who left behind three children.

It won’t be easy for the small village to recover, though the tragedy brought a new round of food donations from the Colombian government and promises of more development aid. It came as Colombia's COVID-19 caseload continues to ascend and unemployment has grown to 21%.

The coastal highway is still closed to most travelers because of pandemic restrictions on land travel between cities. Residents don’t have vehicles to take their fish to the market and customers who show up to buy fish are few and far between these days.

Martha Escobar, who lost her partner and several cousins in the explosion, said she must now take care of a son who has a mental disability on her own.

She owns her small shack, which enables her to save on rent money, and plans to make a living by selling corn cakes in the local market.

“My roots are here,” she said.