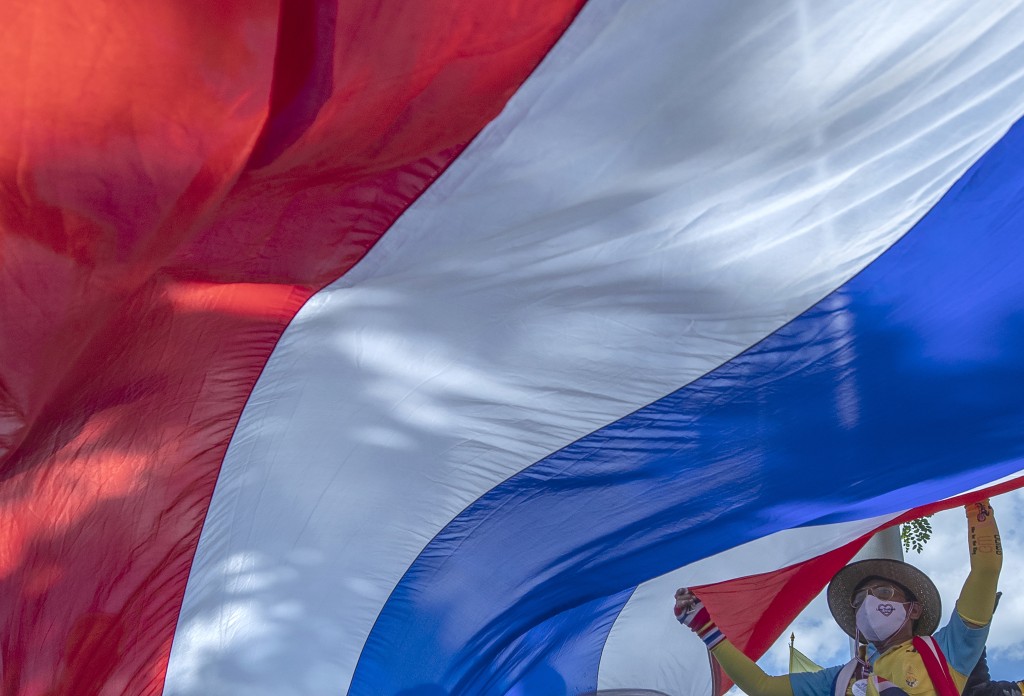 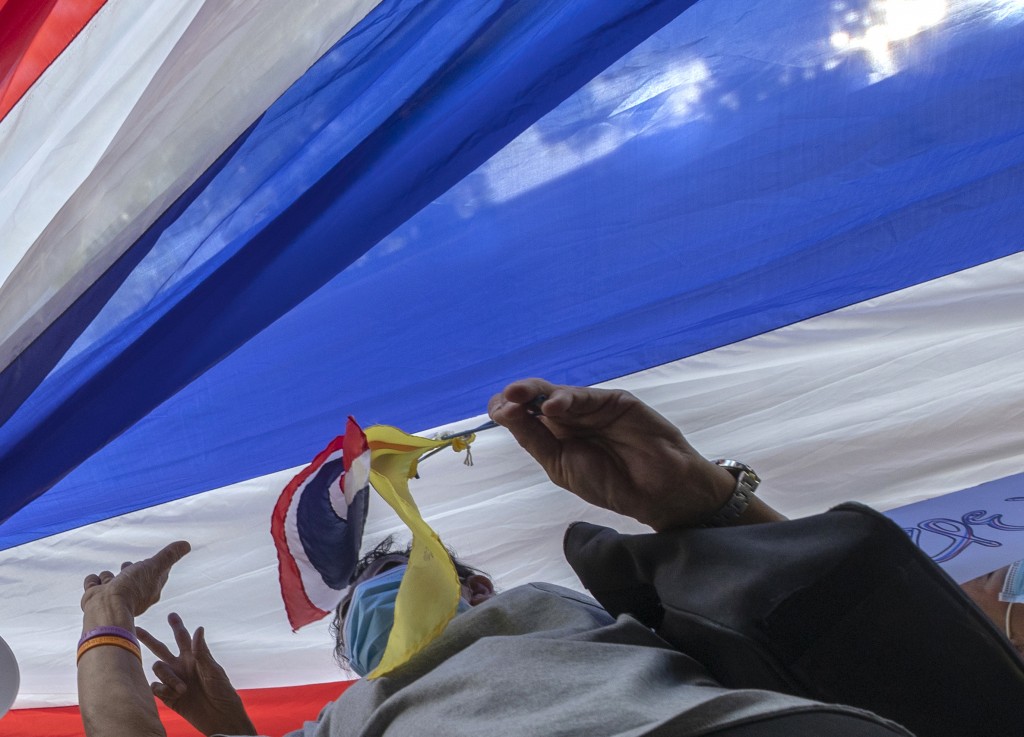 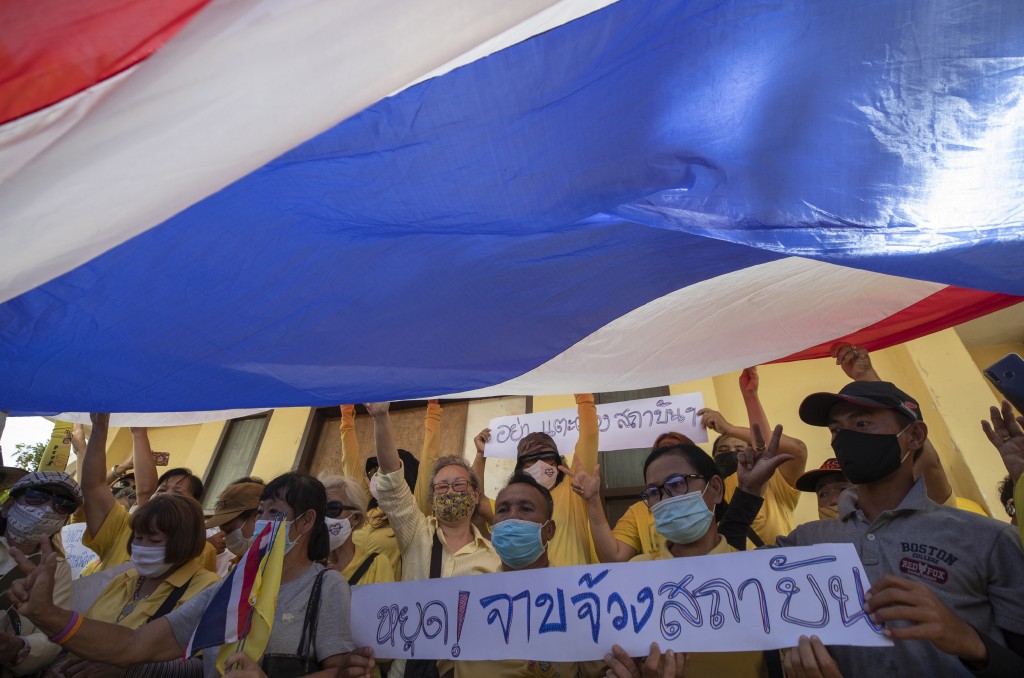 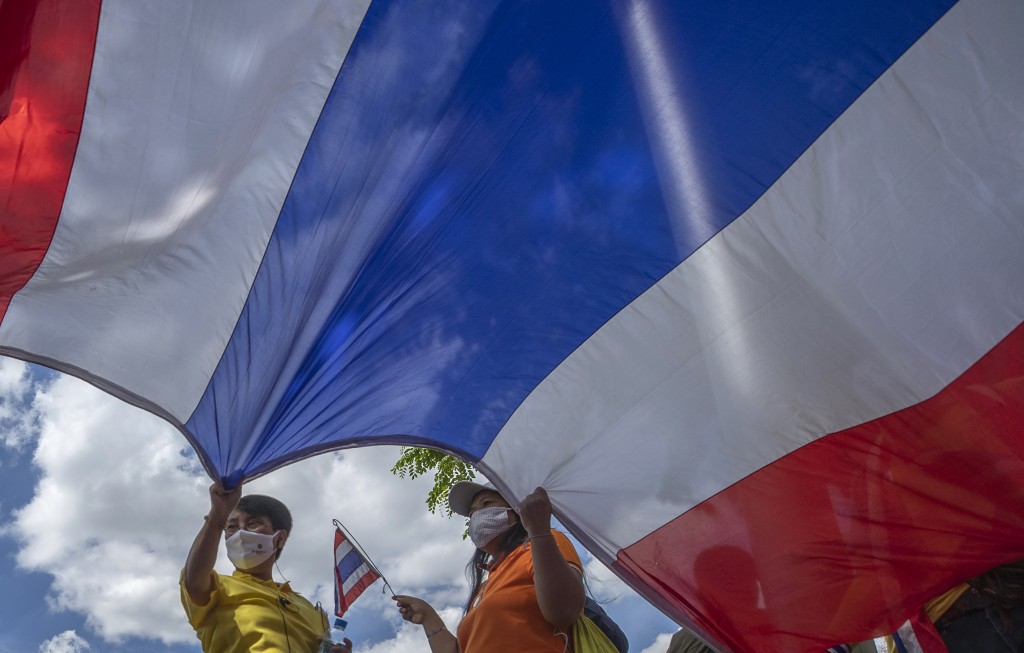 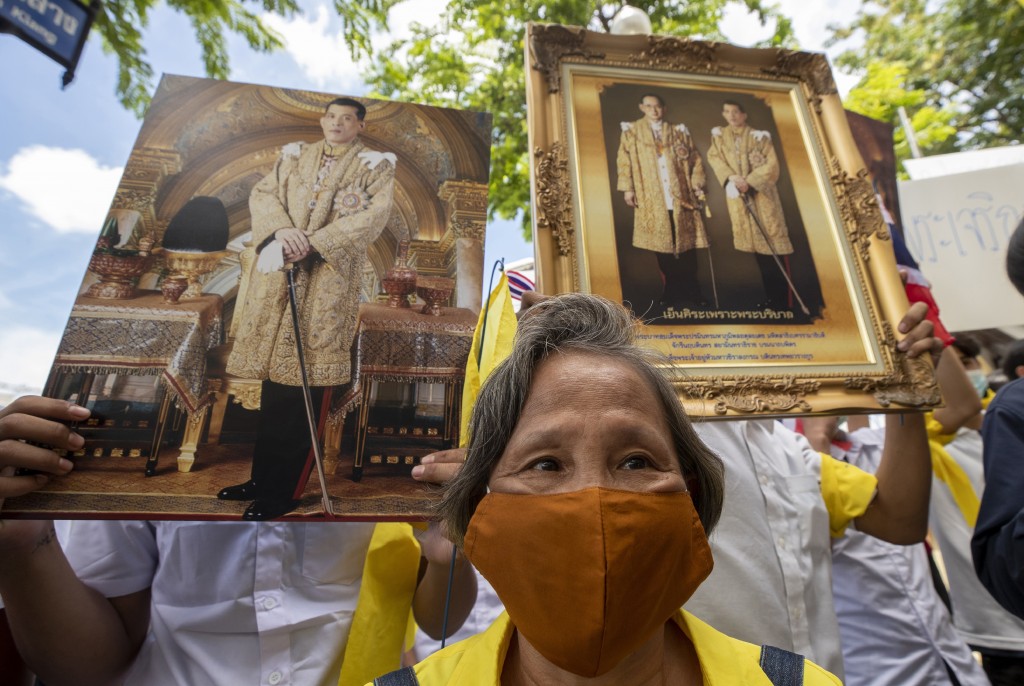 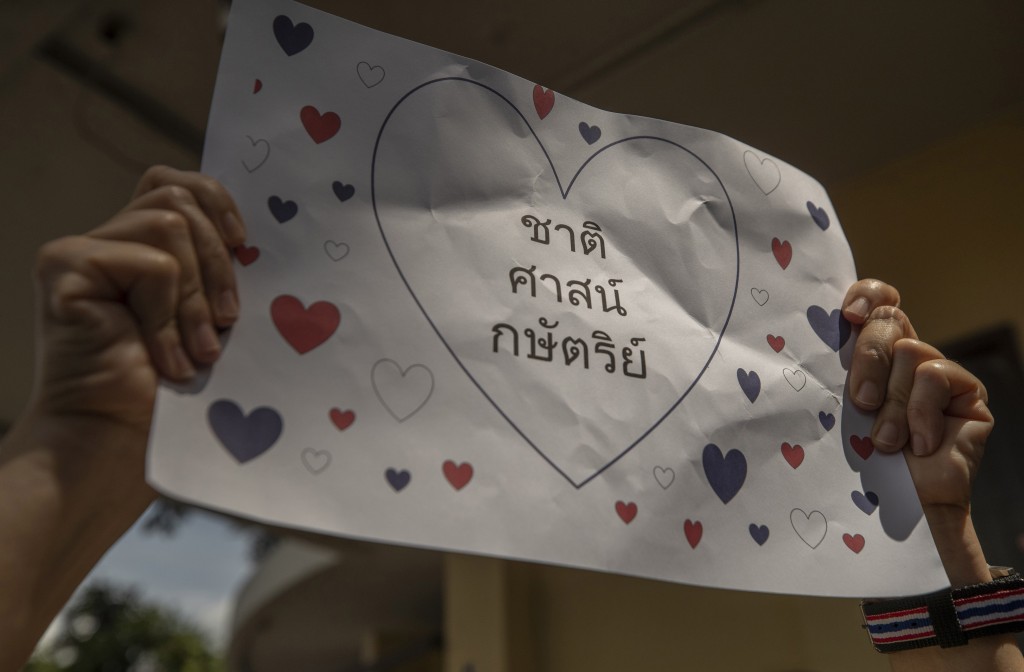 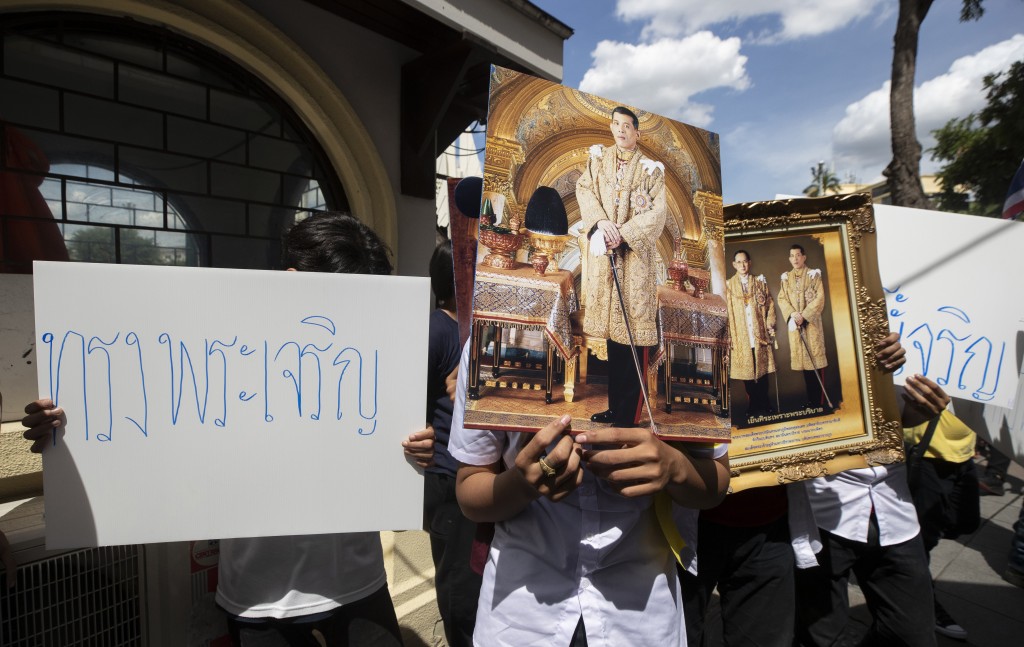 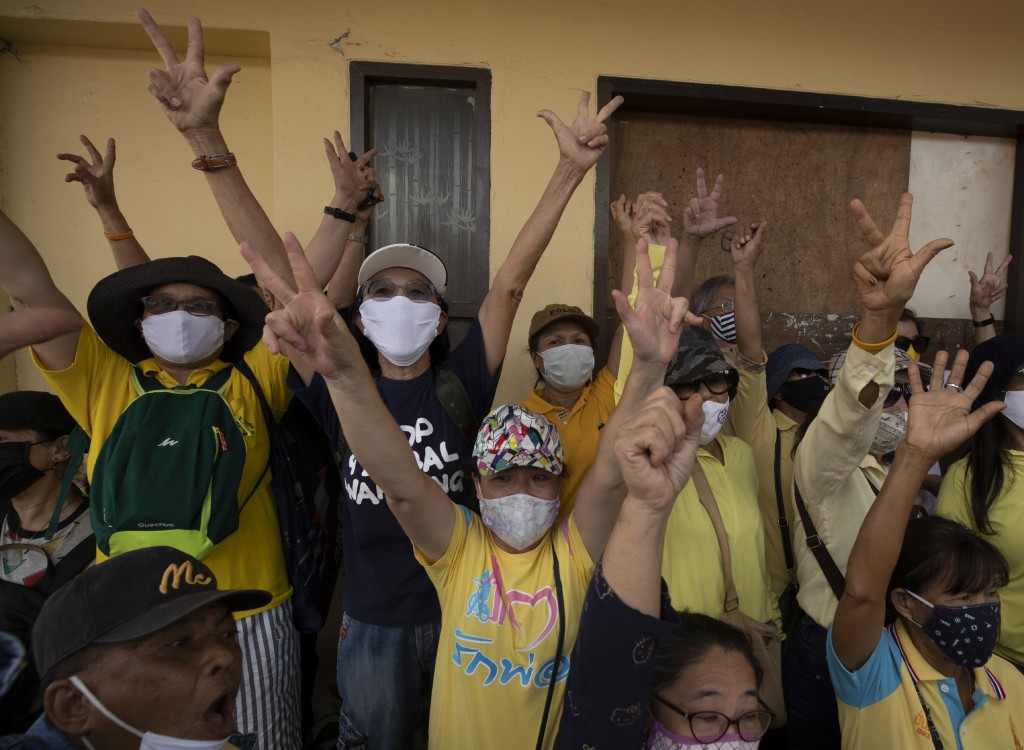 BANGKOK (AP) — Hardcore supporters of Thailand’s monarchy held a small rally Thursday in the capital to express their concern over the country’s pro-democracy movement, which they feel besmirches the royal institution.

Their demonstration was held at Bangkok's Democracy Monument, a traditional venue for protests that in recent weeks has hosted several larger pro-democracy, anti-government protests organized by students.

Chanting “Long live the King” and singing songs associated with past nationalist movements, some 75 people gathered held signs calling for the protection of the monarchy.

The protest was organized by a little-known group calling itself “Vocational School Students Protecting the Nation,” and about two dozen college-age students were among the attendees as were many senior citizens.

“I am here today because there are many protests that have anti-monarchy sentiment,” said 17-year-old student Thanapat Putipat. “We are able to live on our land because of the kings and our ancestors. We must respect them.”

Todsapol Manujaras, a representative of the organizing group, vowed to stage counter-protests to any other demonstrations by the anti-government side. One was held later Thursday at another location in Bangkok.

“We cannot accept those who violate our monarchy, the institution that should be with us forever,” Todsapol said.

The anti-government protests have not been aimed at Thailand's monarchy, which would be illegal and punishable by years in prison.

The protests have been directed at Prime Minister Prayuth Chan-ocha's government, which though elected maintains a number of holdovers from the military government the ruled Thailand after a 2014 coup that Prayuth led. The protesters are calling for a new election, amendments to the constitution the coupmakers had drafted and an end to harassment of government critics.

Some conservative Thais suspect these protesters have a hidden anti-monarchy agenda.

At some of the anti-government protests there were a handful of signs with what could be taken as critical, if indirect, references to the monarchy.

Thailand has a constitutional monarchy headed by King Maha Vajiralongkorn, who took the throne after his father died in 2016, ending a 70-year reign. The monarchy, however, remains an untouchable institution, protected from criticism by strict lese majeste laws.

The juxtaposition of a royalist rally in opposition to pro-democracy protests raises the specter 1970s Thailand, when royalist activists stood in opposition to a student-led democratic movement against the military dictatorship running the country.

Fears that the progressive student movement was a stalking horse for communism became acute after the 1975 communist takeovers of Vietnam, Cambodia and Laos.

Official and unofficial organizations boasting nationalist credentials and fidelity to the crown — and often links to the military — actively fought against left-wing students and workers. On Oct. 6, 1976, a right-wing mob, egged on by allegations of student insults to the monarchy, lynched students at a political rally at Bangkok’s Thammasat University.