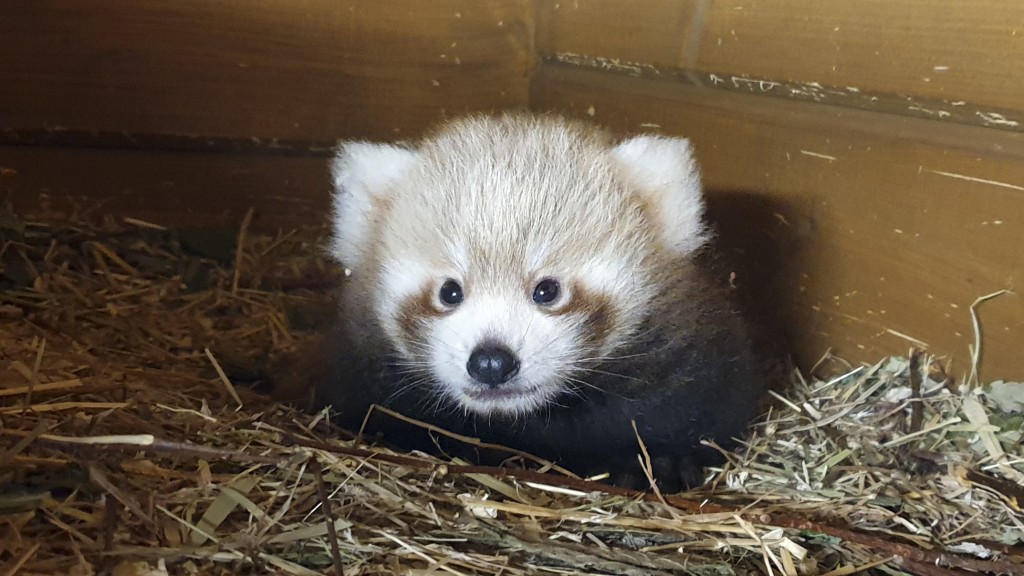 BERLIN (AP) — A rare red panda has been born at a Berlin zoo, only a few months after its parents were brought to the German capital from India, the zoo said in a statement Thursday.

The little cub was first discovered on June 6 in its mother's cave at the Tierpark Zoo and it is now the size of a guinea pig. The animal's gender is know yet known and it has not yet been named. It is the 10th red panda to be raised in Berlin as part of a international breeding program to help protect the endangered animals.

The red panda is originally a native to the eastern Himalayas and southwestern China.

The cub's parents, mother Shine, 6, and father Joel, 5, who are originally from the Padmaja Naidu Himalayan Zoological Park in Darjeeling, seem to feel comfortable in their new surroundings, the zoo said.

“I’m delighted that the two have settled in so well, “ Zoo Director Andreas Knieriem said. ”And with that cute offspring we can now raise the awareness of even more people for the protection of this highly endangered species.”

The red panda will likely be shown to zoo visitors in September when it is expected to leave its mother's cave and and start exploring the red panda compound's outdoor facilities.