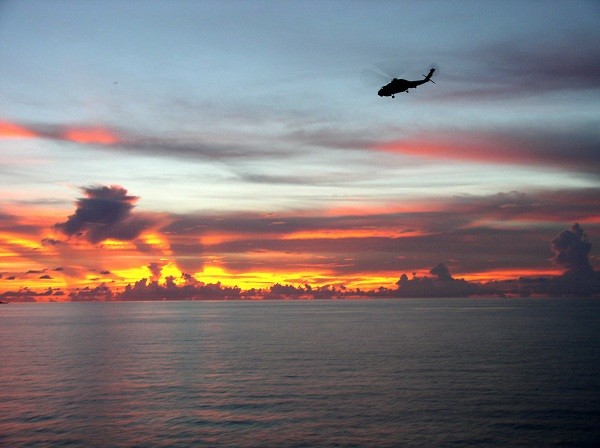 TAIPEI (Taiwan News) — A political science scholar has said that China is eager to take Taiwan and turn it into a submarine base as a precaution as tensions between Beijing and Washington continue to rise, according to a BBC report.

U.S. Secretary of State Mike Pompeo’s recent speech at the Richard Nixon Presidential Library in Southern California is a declaration new cold war, the report said. He announced a new approach in engaging with the Chinese Communist Party (CCP): "Distrust and verify.”

He stated, "If we bend the knee now, our children's children may be at the mercy of the Chinese Communist Party, whose actions are the primary challenge to the free world."

Pompeo’s remark comes after the State Department ordered China to shutter its consulate in Houston, accusing the diplomatic office of being "a hub of spying and IP theft." China retaliated by closing the U.S. consulate in the Chinese city of Chengdu.

Many are worried that a war between the two superpowers could break out at any time. Political science scholar Wu Qiang (吳強) said that as the potential of a war between China and the U.S. grows, the possibility of small-scale conflicts breaking out in the South China Sea increases as well, BBC reported.

However, he warned that the real danger of a conflict between the two countries lies with Taiwan.

He said Chinese President Xi Jinping (習近平) has said he would like to see the unification of China and Taiwan during his third term, which Wu believes is why China scrambled to push through the new national security law for Hong Kong.

The scholar continued to say: “To Beijing, only when it can take Taiwan and turn it into a submarine base can it really go against the U.S. Therefore, the tenser the relationship between China and the U.S. becomes, the more China is in a hurry to take Taiwan.”

Xia Ming (夏明), a political science professor at the City University of New York, said the most likely flashpoint for a war between the two superpowers varies depending on which country's perspective one is considering. The U.S. may prefer fighting in the South China Sea, as its military has the air and naval advantage there.

China, on the other hand, might choose the Taiwan Strait if Beijing feels its “one China principle” would give it more legitimacy in taking up arms. “The prospect of an intense war between China and the U.S. is increasing, and the war would not only be fought between the two countries; it would be a world war, which is very dangerous,” Xia stated.