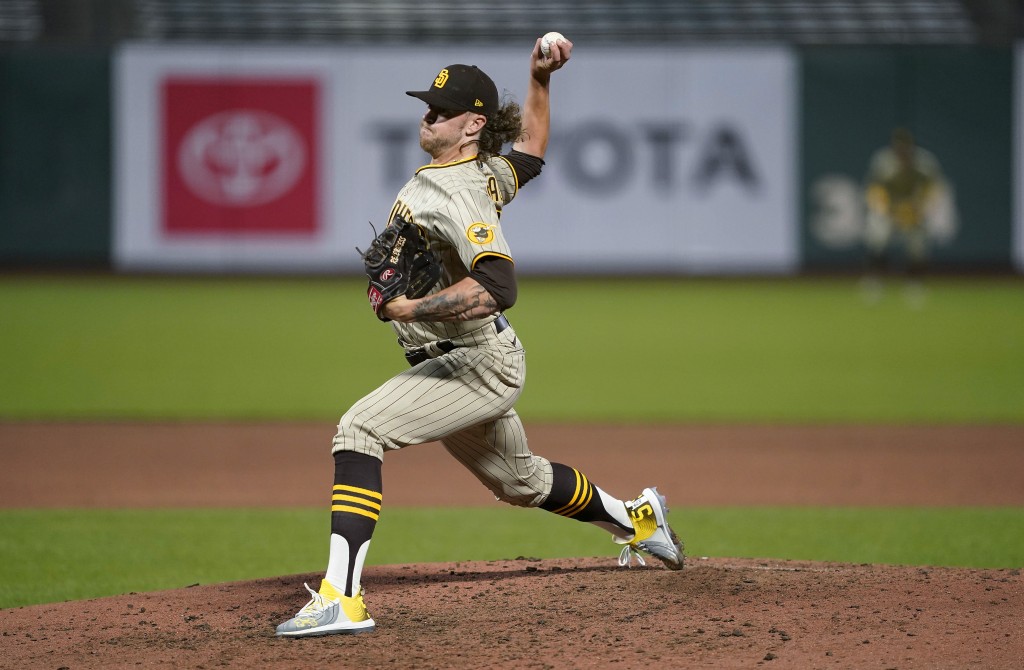 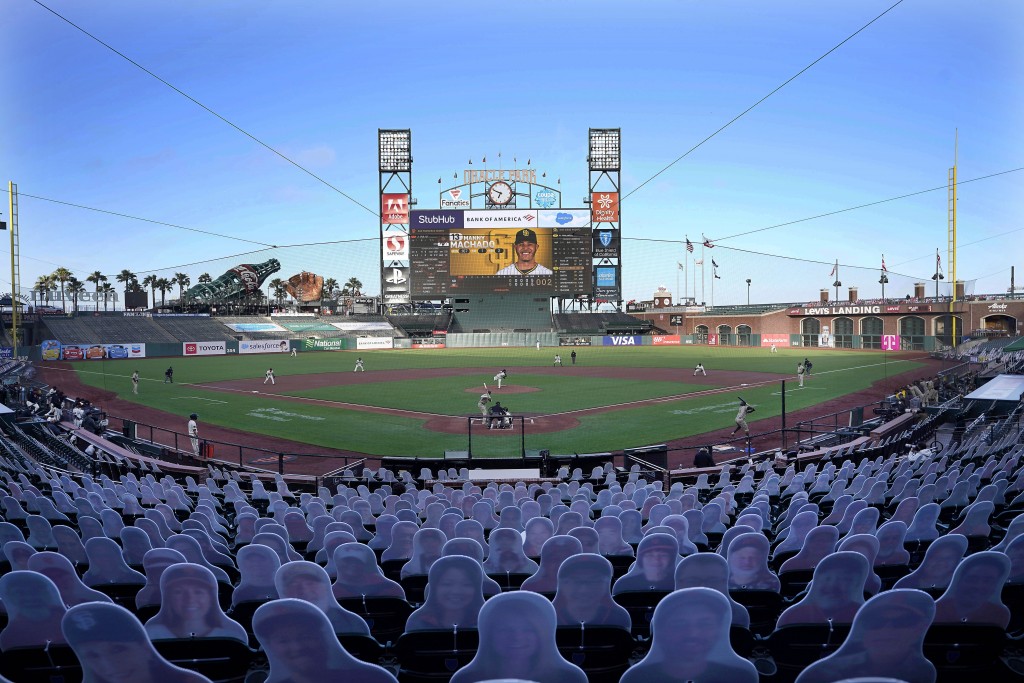 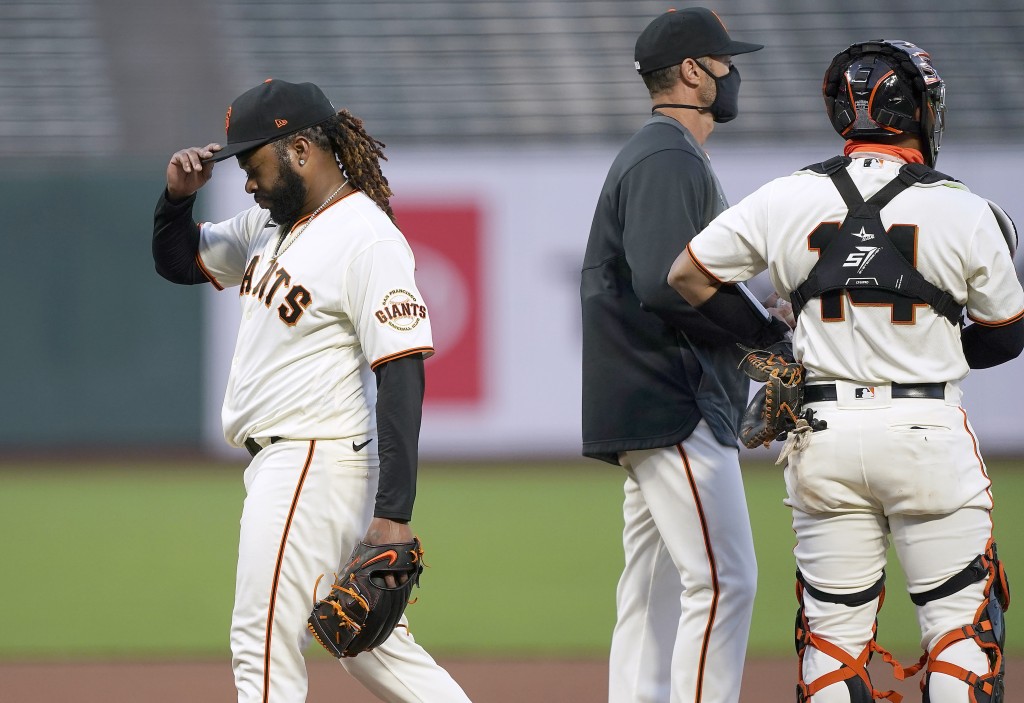 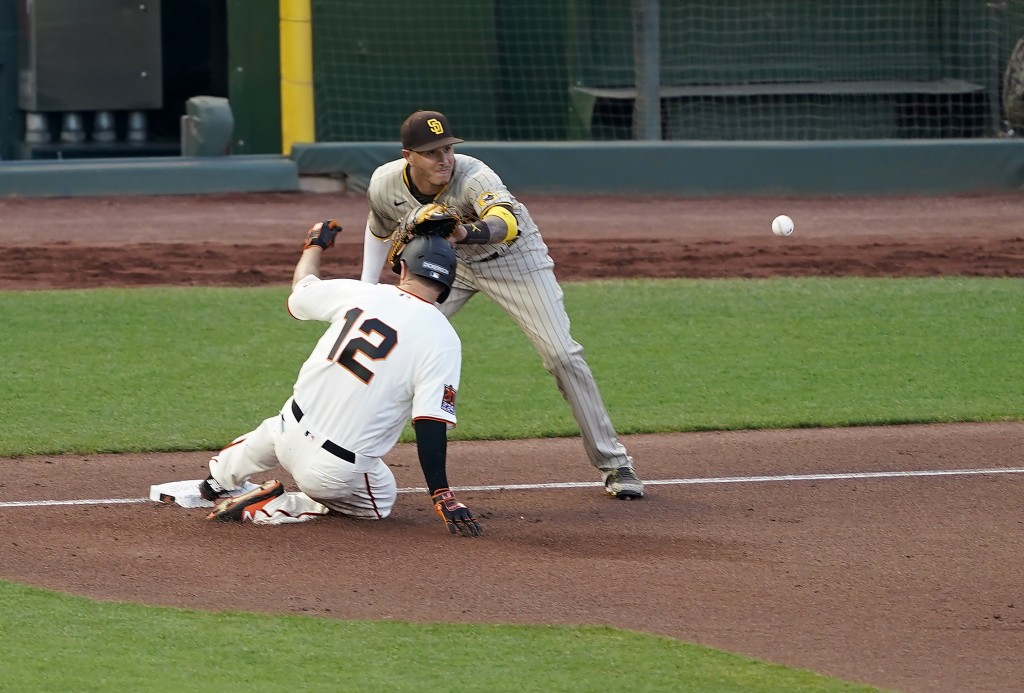 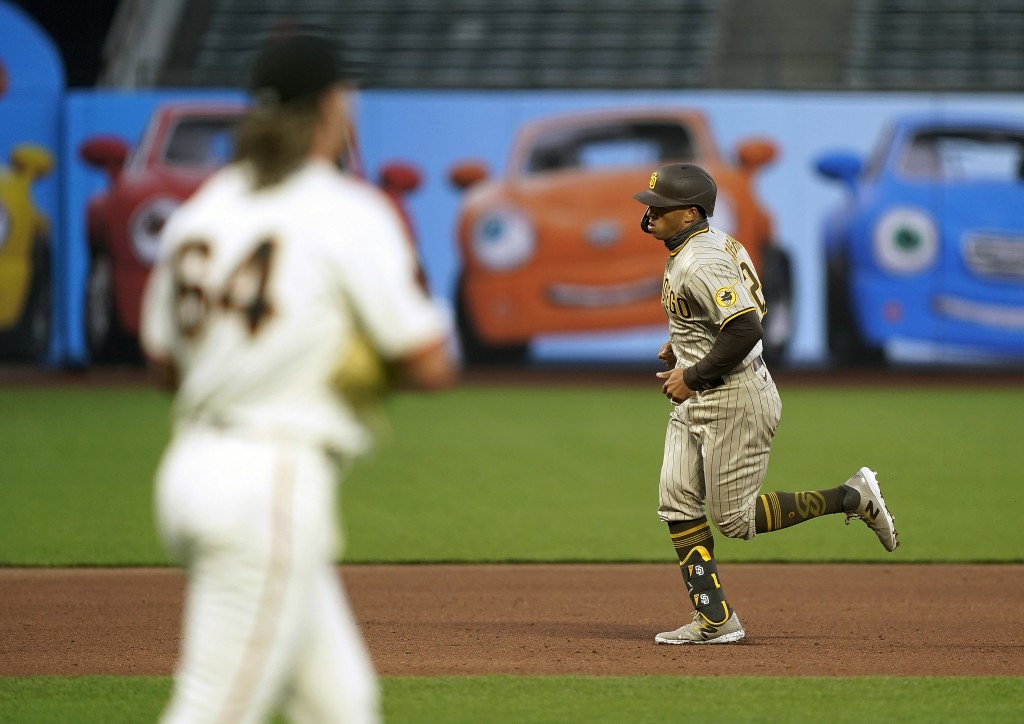 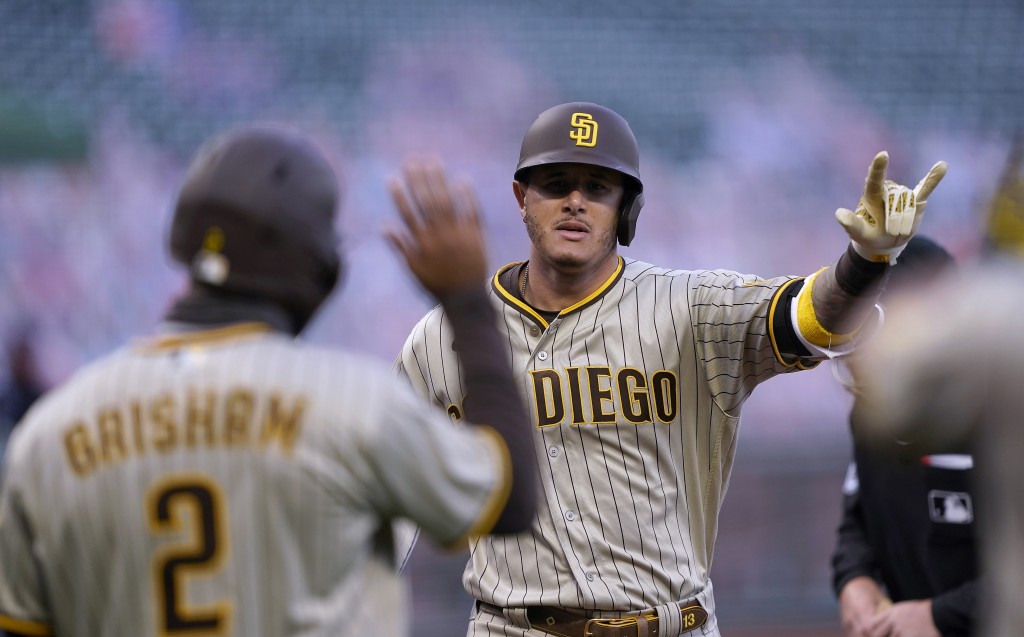 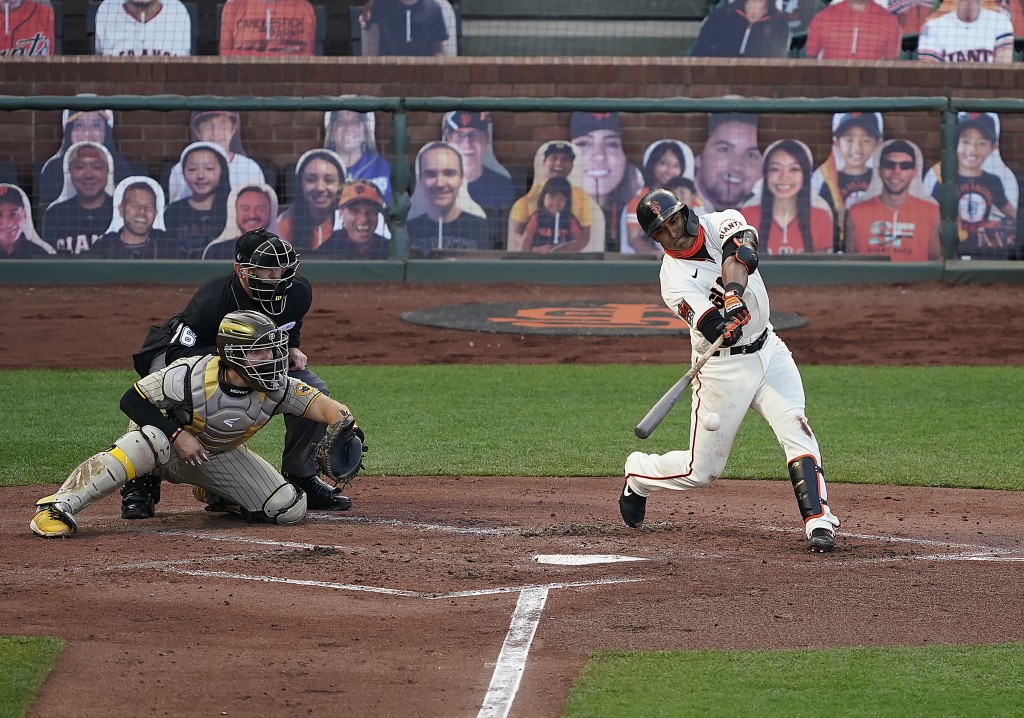 Donovan Solano had a three-run home run in the eighth and Alex Dickerson also went deep as the Giants rallied to beat the Padres, who entered the the game tied for the best record in baseball.

The Giants trailed 6-3 with two outs in the eighth before rallying.

After Tyler Rogers (1-1) worked the ninth, Yastrzemski homered off Matt Strahm (0-1) in the bottom of the inning to give San Francisco the walkoff victory. Yastrzemski also homered leading off the third.

The loss prevented the Padres, who were sporting their flash alternate pinstriped road jerseys, from extending their best start since 1997.

The meltdown by San Diego’s bullpen spoiled a mostly strong start by Chris Paddack. The right-hander gave up two runs on five hits, struck out six and didn’t walk a batter.

San Francisco’s Johnny Cueto had a frustrating outing that had the veteran pitcher cursing at himself while walking off the field after allowing Machado’s two-run homer in the third.

Cueto got into trouble again in the fourth and was done after Edward Olivares’ two-out RBI single. Two batters later, Grisham homered off reliever Shaun Anderson to put the Padres up 6-2.

Cueto allowed four runs on four hits with three walks and was called for a balk, his first since 2017.

TWO ON, TWO OUT

Giants reliever Tyler Anderson gave up back-to-back walks to Olivares and Fernando Tatis Jr. in the eighth. Each time, he promptly picked the runner off first base.

NO TIME TO WAIT

Giants rookie Chadwick Tromp made his major league debut behind the plate. With a pitcher like Cueto, whose release point changes nearly every pitch, that could be a challenging task. But manager Gabe Kapler felt he had no choice because Tyler Heineman needed a rest. “He’s been a bit of a warrior for us thus far,” Kapler said. “We’ve asked a lot of him. And we wanted to get Tromp’s feet wet.”

Padres: Paddack was checked briefly by a team trainer after taking a line drive by Brandon Crawford near his wrist on his glove hand. The ball nearly knocked Paddack’s glove off. … 1B Eric Hosmer was a late scratch again for a non-COVID related illness, according to the team.

Giants: 1B Brandon Belt (right Achilles tendonitis) and 3B Evan Longoria (right oblique strain) are expected to come off the injured list Thursday.

San Diego RHP Dinelson Lamet (1-0, 1.80) goes for his second win of the season in the series finale Thursday. Lamet had eight strikeouts in five innings against the Diamondbacks last week. Kapler had not decided on a starting pitcher before the game for San Francisco.