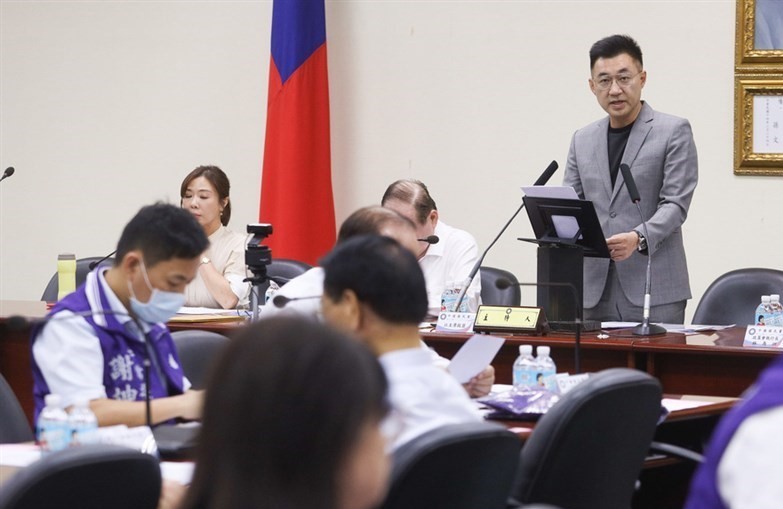 TAIPEI (Taiwan News) — The Kuomintang (KMT) held a Central Standing Committee meeting Wednesday afternoon (July 30) in which there was much discussion regarding whether to abolish the nation’s Examination and Control Yuans.

Most party members preferred to support shutting down the two branches of government and re-establishing them as independent bodies. However, participants at the meeting said that there were also a small number of people who were opposed to this idea, CNA reported.

According to the Examination Yuan official website, it is the authority in the administration of national exams and is responsible for the examinations and management of all civil service personnel. Meanwhile, the Control Yuan is the nation’s top government watchdog.

Yeh Ching-yuan (葉慶元), the chairman of the KMT Disciplinary Committee, argued that the KMT is merely following the Democratic Progressive Party (DPP)-backed trend to amend the constitution, and it is better to expose fraud and boost the economy.

In an interview after the meeting, Lin Wei-chou (林為洲), KMT caucus whip, said that he was happy to see an exchange of views within the party, which showed that the KMT was taking this issue seriously. Lin said he has always advocated for the abolition of the two government bodies, believing they should be independent organs instead.

After the meeting, several high-level party leaders met with Lin to discuss public opinion on the issue. In the past, calling for the abolition of the Examination and Control Yuans could easily lead the public to perceive the KMT as abandoning the nation’s constitution.

The leaders stated that the party’s stance should be “abolish the government bodies but not their powers.” The spirit of the constitution must still be retained, they remarked.

Party members noted that the KMT has a consensus on abolishing the two agencies but as for how to properly close them down and how to transfer their powers to new government organs, more discussion is required.

In the future, think tanks will also hold forums to incorporate the opinions of professionals into the debate. Some members of the Central Standing Committee also propose setting up a constitutional amendment group, which can help build a stronger consensus within the party.