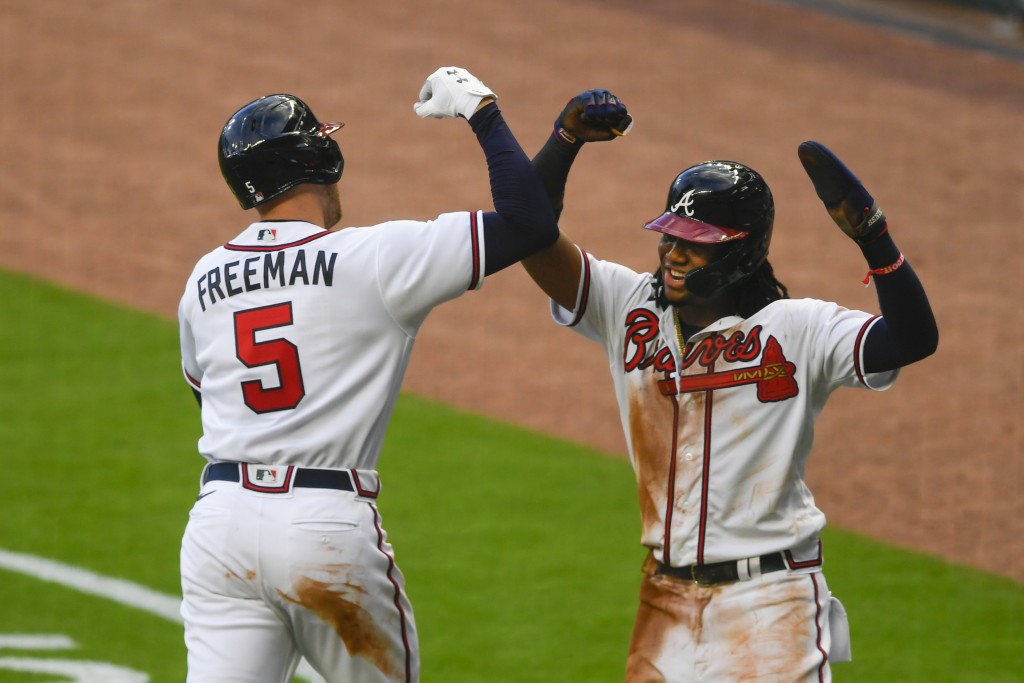 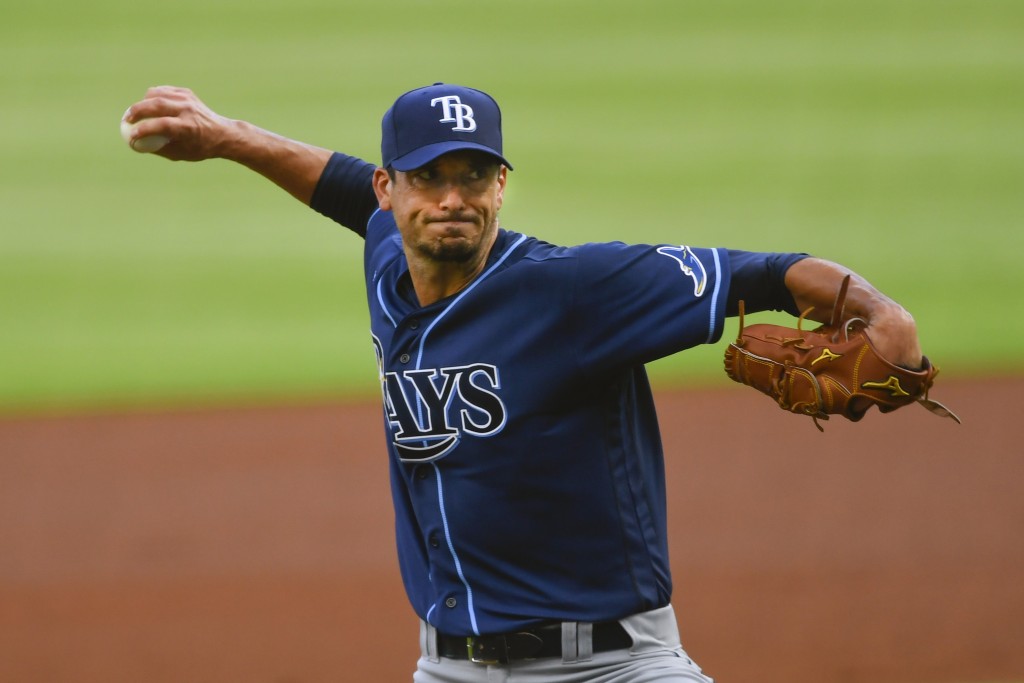 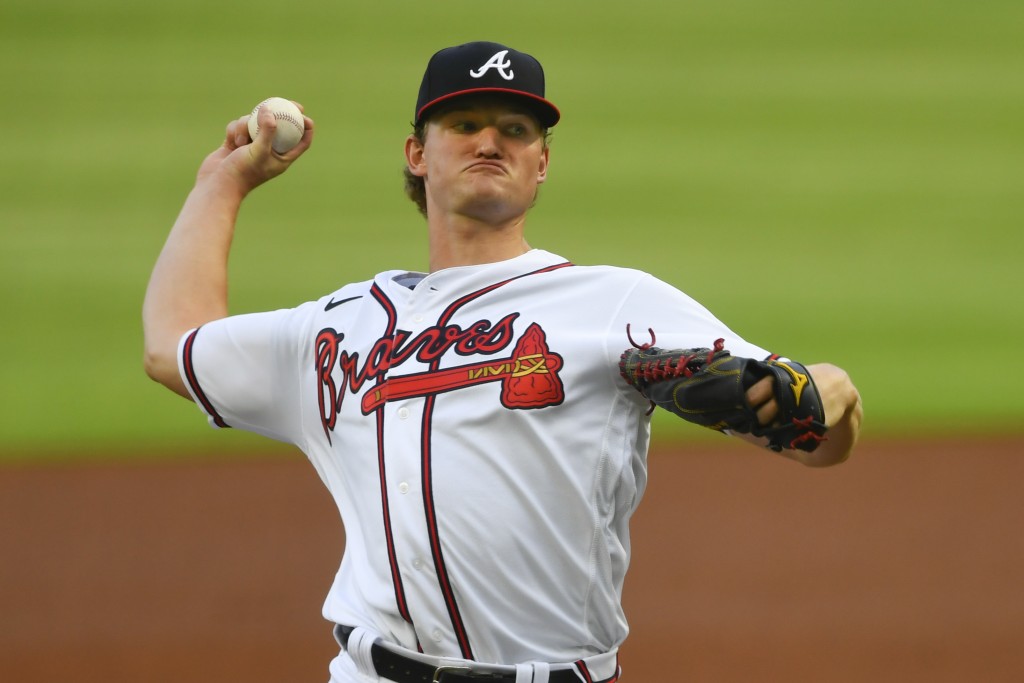 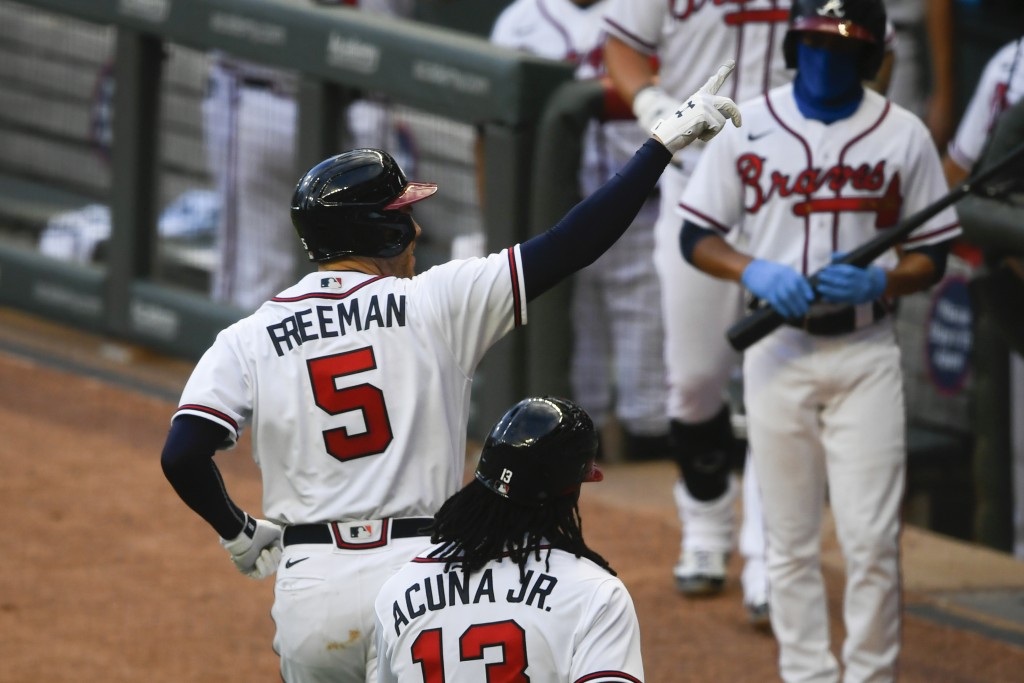 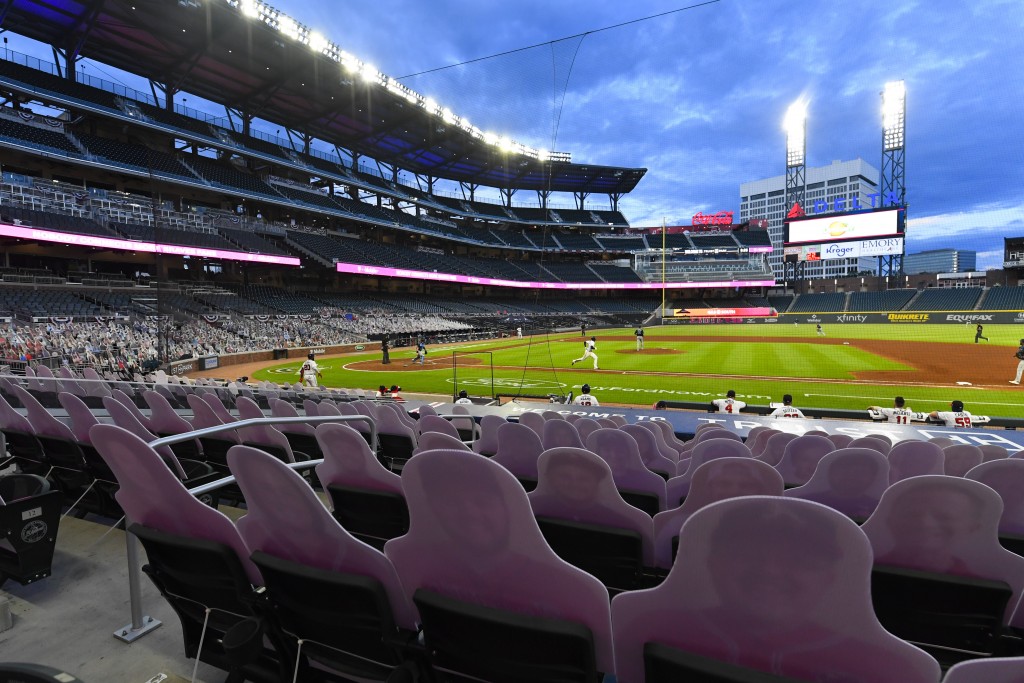 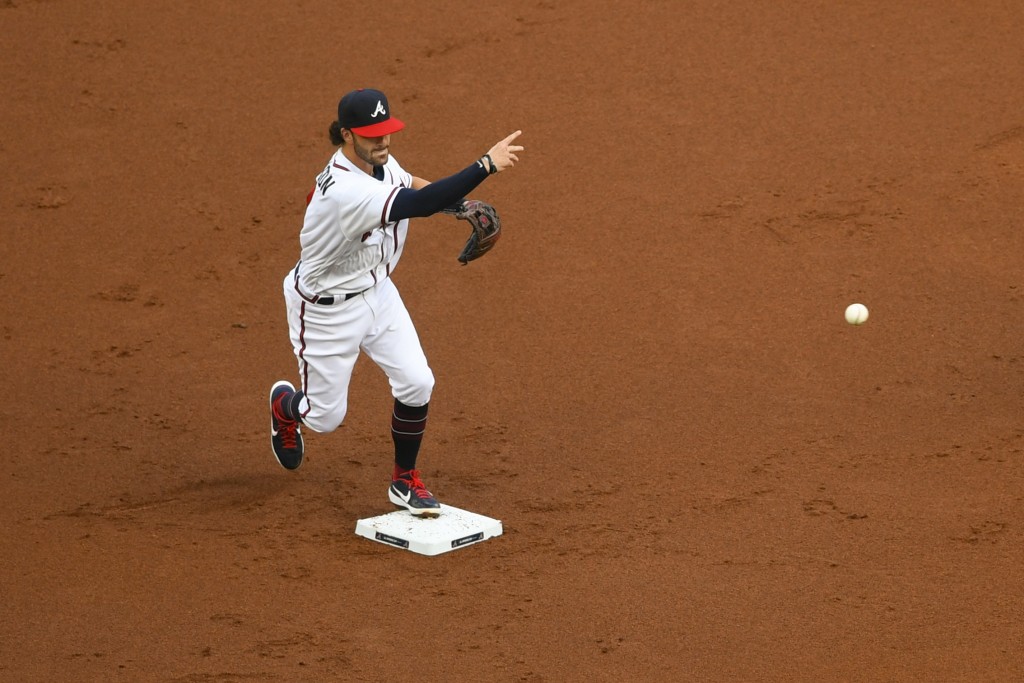 ATLANTA (AP) — Freddie Freeman homered and drove in three runs on a four-hit night, leading the Braves to a 7-4 victory over the Tampa Bay Rays in Atlanta's homer opener Wednesday.

Freeman, who was stricken with the coronavirus before the shortened season and became so ill that he feared for his life, has quickly reclaimed his place as one of the game's most feared hitters.

He hit his first homer of the season in the third, a two-run shot into the empty seats in right field, and added an RBI single that capped a three-run sixth after Tampa Bay pulled ahead with three runs in the top half.

The Braves snapped Tampa Bay’s four-game winning streak as the teams met for the third straight time, having played in St. Petersburg the two previous nights.

Tampa Bay scrapped out an unearned run off Mike Soroka in the fifth and pulled ahead for the first time in the sixth, doing the bulk of the damage after Darren O'Day (1-0) took over for the Atlanta starter. With two outs, Kevin Kiermaier drove in the tying run and Hunter Renfroe followed with a two-run single that put the Ray ahead 4-2.

But the Tampa Bay bullpen couldn't hold the lead for Charlie Morton, who gave up six hits, walked one and struck out seven in a much-improved performance from opening day.

Andrew Kittredge gave up back-to-back doubles, retiring only one hitter before giving way to Oliver Drake (0-1). The funky right-hander had a chance to escape with the lead intact, but Willy Adames bobbled a high chopper by Ozzie Albies that was ruled an infield hit.

Freeman followed with his fourth hit of the night, lining an RBI single to right-center. Albies was thrown out at third to end the inning, but Ender Inciarte had already crossed the plate with the go-ahead run.

Atlanta added to its lead with two more runs in the seventh. Mark Melancon worked a perfect ninth for his first save.

The Rays denied Freeman another RBI in the first after he launched a drive to deep right that sailed beyond the glove of Renfroe and bounced off the wall.

Kiermaier, racing over from center to back up on the play, was in perfect position to catch the ricochet. He wheeled and threw to second baseman Brandon Lowe, who zipped another throw home that just was just in time to get Ronald Acuña Jr. as he attempted to elude the tag with a head-first slide.

ROOMS WITH A VIEW

While no fans were allowed inside Truist Park, it wasn't an entirely fan-free game.

At the neighboring Omni Hotel, several dozen people watched from the balconies of prime rooms that provide a view of the playing field. Other were able to get a glimpse of the action from the railing of the hotel's pool deck.

Braves: After missing the opening road trip with bad colds, Cs Travis d’Arnaud and Tyler Flowers both rejoined the roster. There were fears that the catching duo may have contracted the coronavirus, but multiple tests came back negative. D'Arnaud got his first start with the Braves, facing the team he played for last season in Tampa Bay.

Rays: OF Austin Meadows (positive coronavirus test) continues to show improvement and may be able to join the roster when the team returns to Tampa Bay for a homestand that begins next Tuesday. ... 1B Ji-Man Choi was not in the lineup after leaving the previous game with a sore right shoulder.

The teams will face each other for the final time this season on Thursday. LH Max Fried (0-0) goes for the Braves against LH Ryan Yarbrough (0-0), who pitched 5 1/3 scoreless in his first start.