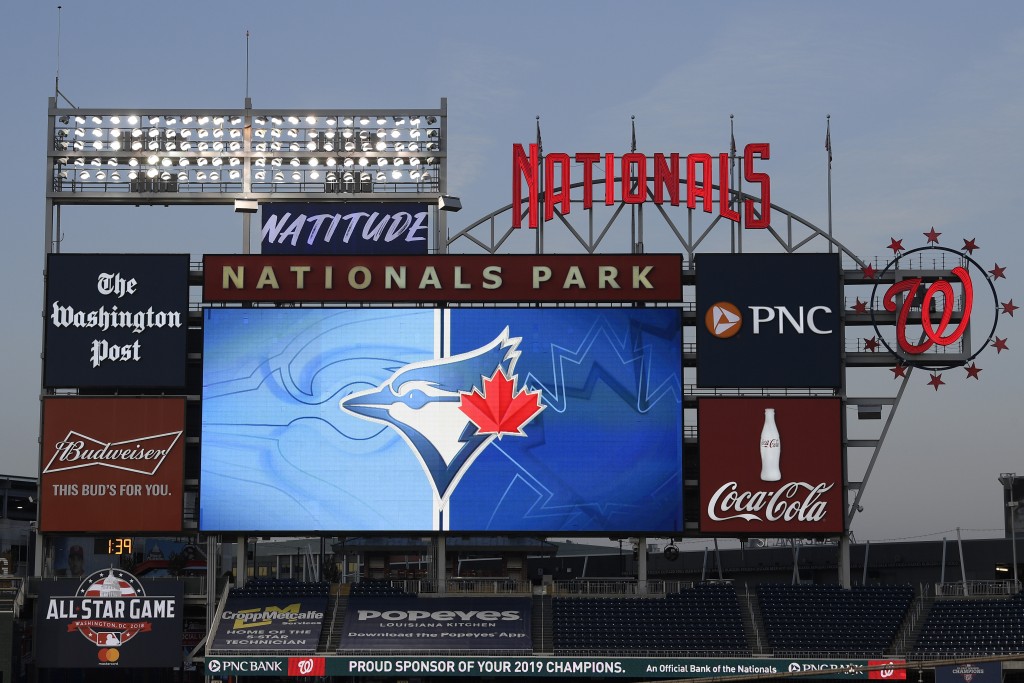 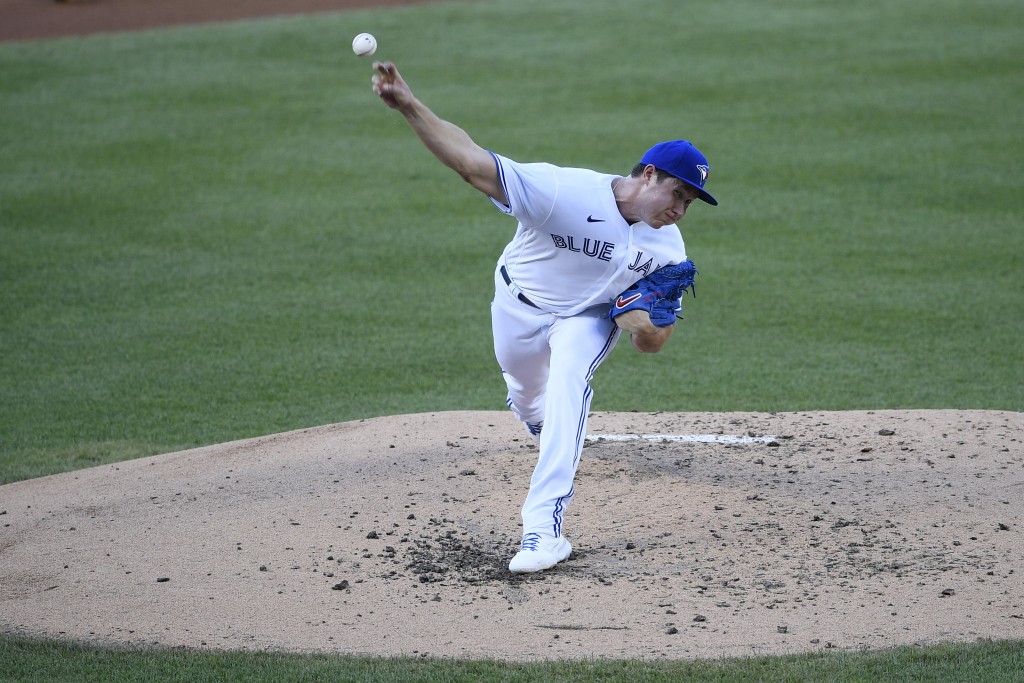 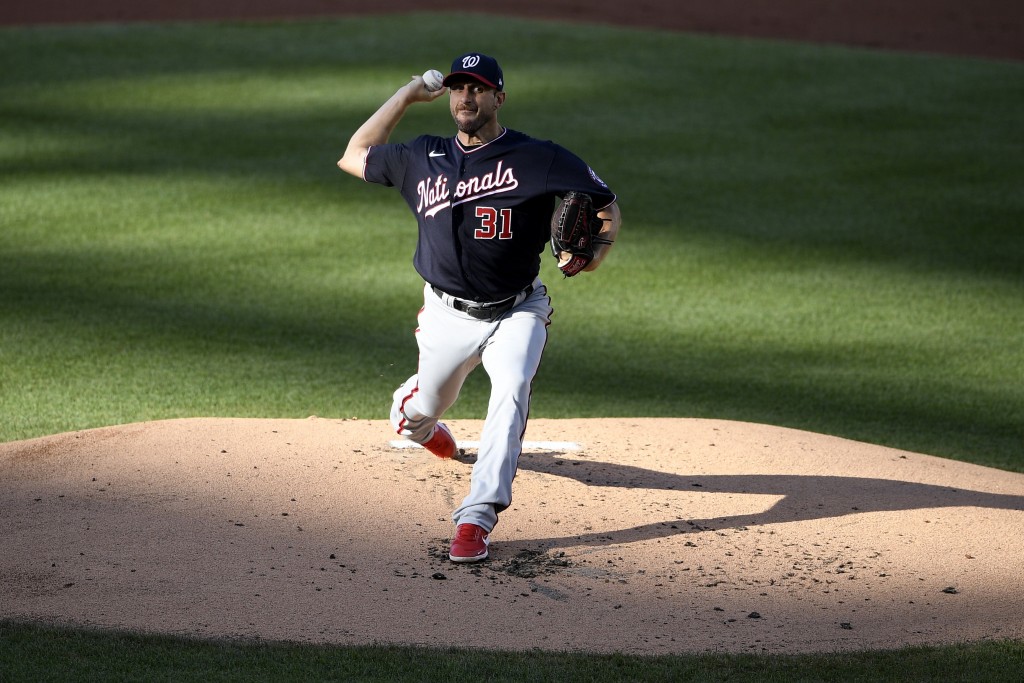 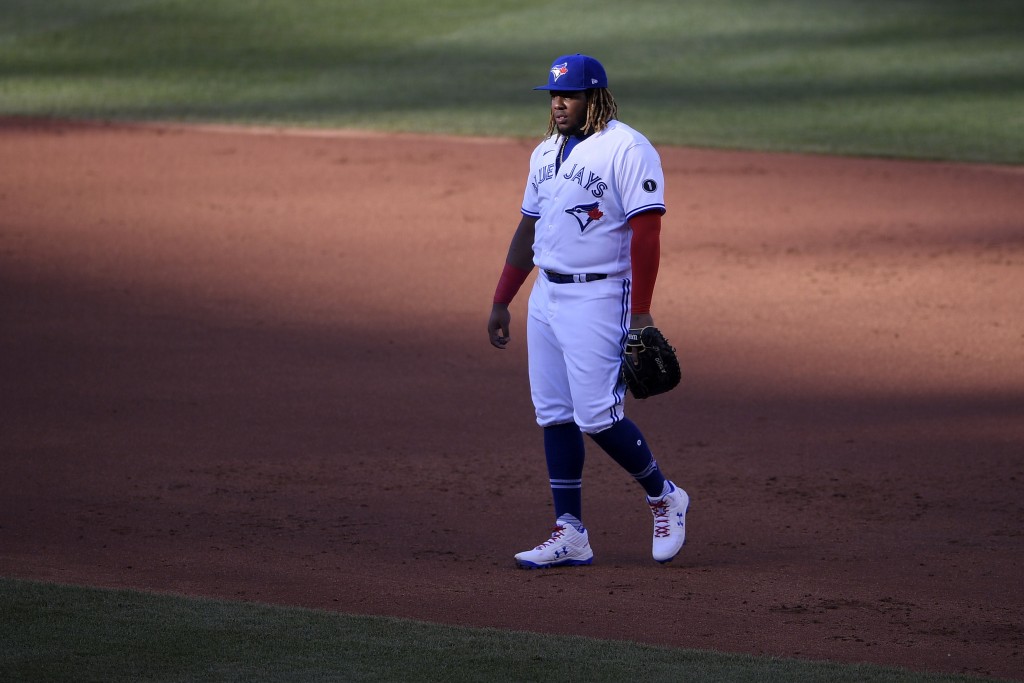 In a quirky game befitting this pandemic-altered, upside-down season, Toronto's team played its “home opener” at Washington — batting in the bottom half of each inning, wearing its white uniforms, playing its players’ walk-up music and even blaring the song “OK Blue Jays,” the club's traditional seventh-inning stretch staple.

There were, of course, elements that made clear where this game actually was played: The giant curly “W” painted behind home plate; the heart with the letters “DC” cut into the outfield grass; the Nationals sticking to their home dugout down the first-base line.

Toronto's Nate Pearson, in his big league debut, and Washington's Max Scherzer, in his 358th start in the majors, put up plenty of zeros. So did the relievers that followed.

In the top — yes, top — of the 10th, though, Washington moved ahead on an odd-looking play. After starting with the automatic runner on second base — one of the many quirks of a season unlike any other — Washington loaded the bags with two walks from Toronto’s sixth pitcher, Shun Yamaguchi (0-2).

After two strikeouts, Eaton bounced a ball off the mound. Second baseman Cavan Biggio grabbed it and tried to dive glove-first at the bag, but was edged out by runner Andrew Stevenson. After a replay review of more than two minutes, the “safe” call was upheld, making it 1-0. Until then, the Nationals were 1-for-16 in 2020 with runners in scoring position and two outs. Cabrera then made it two hits in a row in such situations.

One big difference: While the 23-year-old Pearson, a first-round draft pick in 2017 and in Class-A last year, was removed after 75 pitches, Scherzer threw 112.

On the last, Scherzer walked No. 9 hitter Derek Fisher, putting runners on the corners with one out. Manager Dave Martinez lifted his ace and inserted Hudson, who closed out Houston in Game 7 of the World Series last October. Hudson got the job done, with the help of a diving stop and backhanded flip by shortstop Trea Turner that started a 6-4-3 double play.

Hudson struck out the side in the ninth. Tanner Rainey pitched the 10th for the “visiting” Nationals.

The Blue Jays’ giant blue logo was displayed on the scoreboard — right below the white block letters spelling out “Nationals Park” — during batting practice. And all of the manufactured crowd noise piped through the speakers offered “cheers” when Toronto did something good.

Except this game was played nearly 500 miles — or, in the metric system, about 775 kilometers — south of Toronto’s Rogers Centre, which is off-limits because Canada’s government did not want teams traveling in and out of there from the United States.

The Blue Jays will be using a minor league ballpark Buffalo, but that’s still being upgraded to host major league games.

Their manager, Charlie Montoyo, was blunt about some of the what his club is dealing with, such as having an upcoming series opener at Philadelphia switched to part of a doubleheader there Saturday.

“They’re doing it just to keep people safer. That’s great. Do I like it? No. ... I don’t like doubleheaders,” Montoyo said. “It’s just another bump in the road. We’re going to grind it out.”

Nationals LF Juan Soto is still waiting to be cleared to play by the city government after getting the OK from Major League Baseball to return from the COVID-19 injured list. He has been out since opening day.

Nationals: DH-1B Howie Kendrick was scratched with a stiff back. ... RHP Stephen Strasburg (nerve issue in right hand) planned to toss from about 75 feet on flat ground Wednesday.