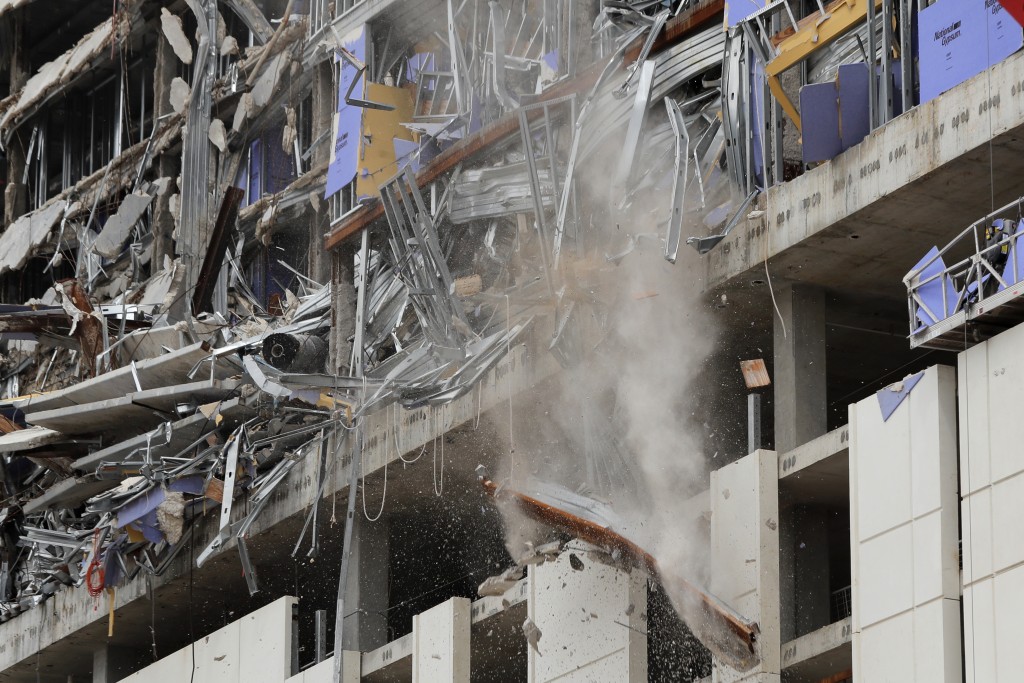 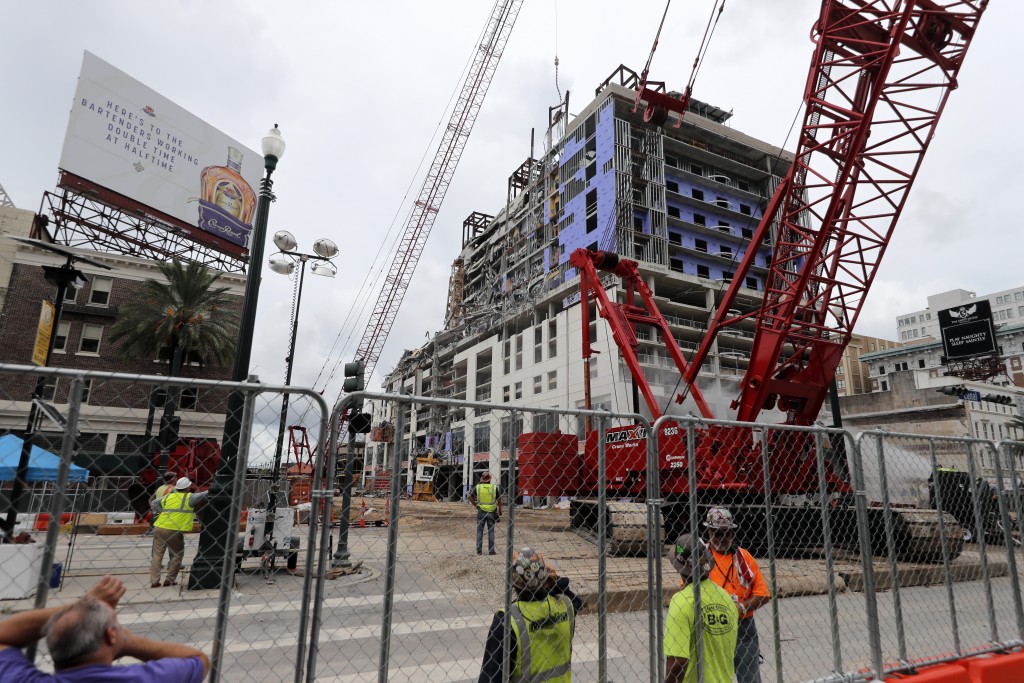 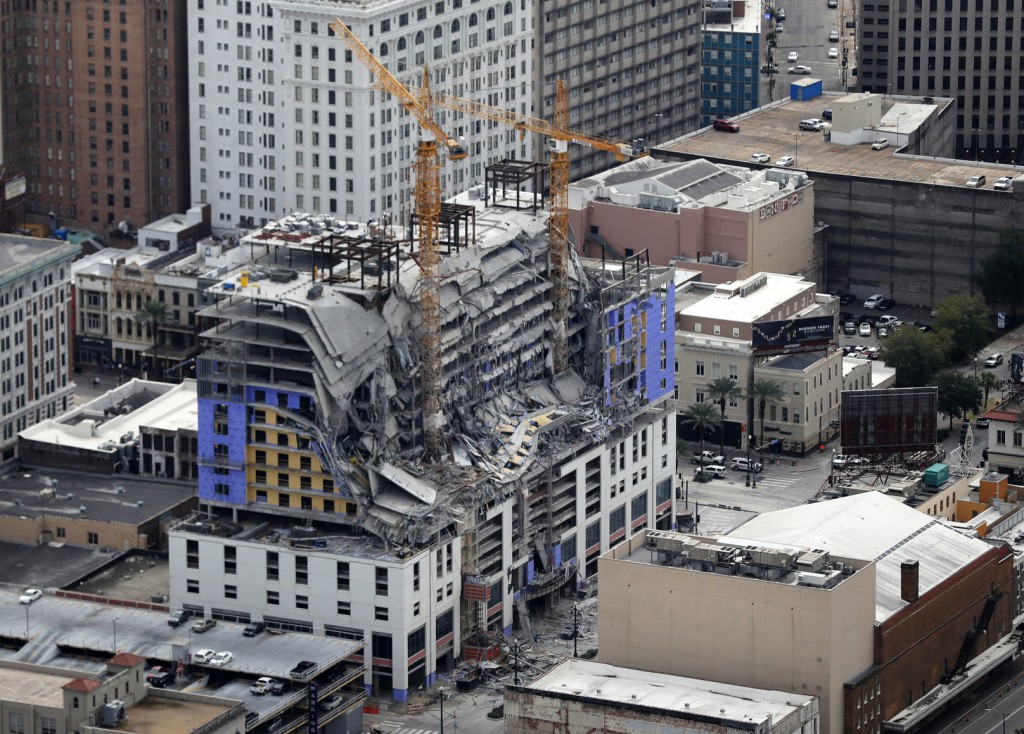 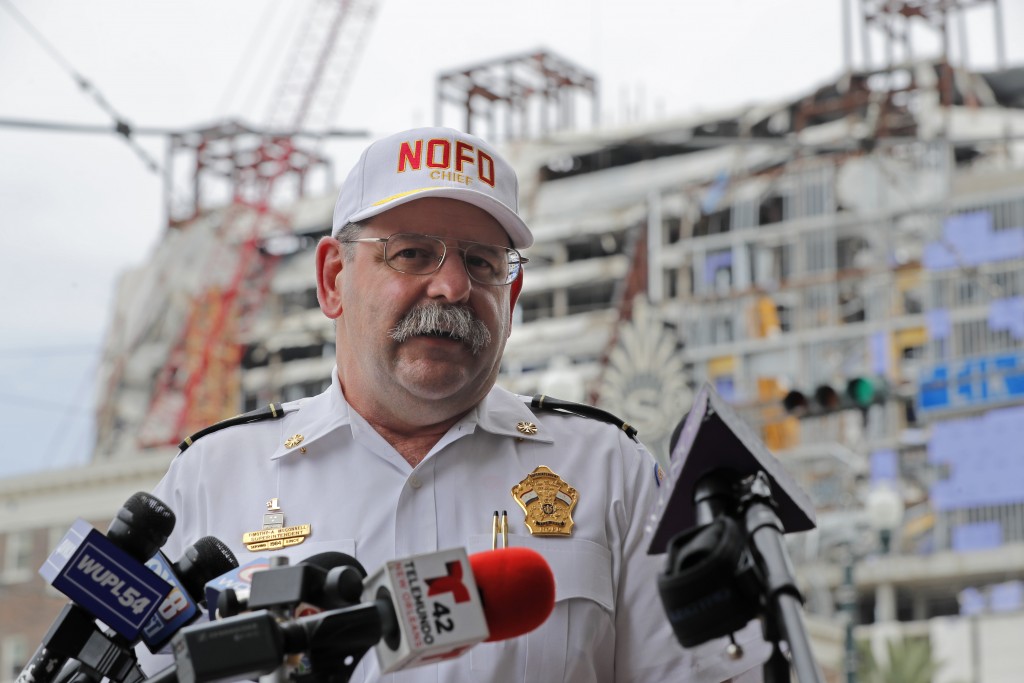 NEW ORLEANS (AP) — Contractors believe they may be able to remove one of the two victims still in the debris of the partly collapsed Hard Rock Hotel in New Orleans by next week, developer attorneys said.

The bodies of Quinnyon Wimberly and Jose Ponce Arreola were originally supposed to be retrieved earlier this month, after being trapped in the building's top floor rubble since the construction collapse in October. Fire Superintendent Tim McConnell previously said bad weather and issues with the robots needed to safely clear the debris had forced delays.

At a court hearing Wednesday, 1031 Canal Street Development attorney Kerry Miller said that with new equipment the contractors would be able to reach Wimberly's remains by early next week, The The Times-Picayune/The New Orleans Advocate reported. 1031 Canal are the developers working on the Hard Rock.

The hearing was part of a case the city brought against the developers this year, pressuring them to move forward with the demolition.

City attorney Rachel Wisdom criticized contractors for not having contingency plans to minimize delays. She also said the developers should do more to keep the city, the public and the victims' families up to date.

Another developer attorney, Paul Thibodeaux, said contractors were moving as fast as the could given the safety concerns.

Wimberly’s body is on the 11th floor of wreckage that must be removed floor by floor and Ponce Arreola’s is under a pile of rubble on the deck of the eighth floor, McConnell said.

A timeline to remove Ponce Arreola’s body wasn't given.