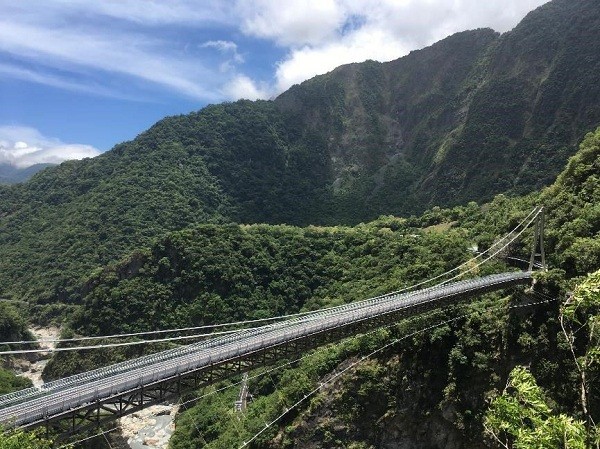 TAIPEI (Taiwan News) — The newly rebuilt Mountain-Moon Bridge (山月吊橋) at Taroko Gorge is scheduled to open on a trial basis on the afternoon of Aug. 12 and requires visitors to register online beforehand.

Taroko National Park Headquarters Deputy Director Chen Chien-lung (陳乾隆) said that during the trial period, visitors will be distributed into four groups — two in the morning and two in the afternoon — with each group consisting of a maximum of 200 people, per CNA. The headquarters will open online registration on its website on Aug. 7, according to Chen.

The deputy director said that the bridge will be free of charge during this period, with the staff assessing the overall operation of the Buluowan terraces, including the bridge and Mountain Moon (Shanyue) Village, and the number of visitors to provide insight into how much to charge for admission in the future. Chen added that the headquarters will be outsourcing the management of the site to private companies and that further developments to be announced before the end of this year, according to the report.

First built in 1914 during the Japanese colonial period, Mountain-Moon Bridge was once the longest suspension bridge in Taroko Gorge. However, the bridge was demolished in 1940-41 when the construction of a gold mining road damaged its foundations.

The reconstruction work on Mountain-Moon Bridge, which straddles the Liwu River and connects the Zhuilu and Badagan area with the Buluowan terraces, began in August 2016 and was completed in May 2019. The 196-meter suspension bridge was a challenging construction project, as it stretches 150 m above the riverbed with steep slopes on both sides. 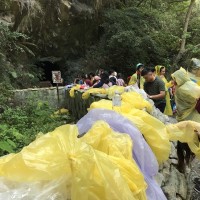 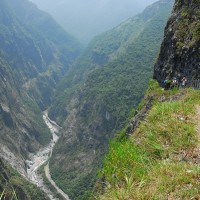