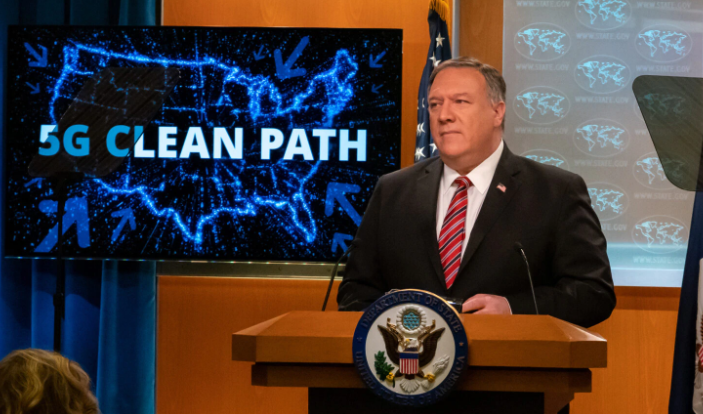 The “Clean Networks” program came about by the Center for Strategic and International Studies (CSIS) forming a group of 25 experts to draw up criteria to assess the trustworthiness of telecom suppliers.

The effort would like countries and companies to protect their vital telecom networks “from malign actors by relying on only trusted vendors who are not subject to unjust or extra-judicial control by authoritarian governments, such as the Chinese Communist Party,” the State Department mentioned on its website.

In April, Secretary of State Mike Pompeo announced that untrustworthy telecom suppliers would be kept out of networks to or from diplomatic facilities, explicitly mentioning Chinese companies Huawei and ZTE. “We will keep doing all we can to keep our critical data and our networks safe from the Chinese Communist Party,” he concluded.