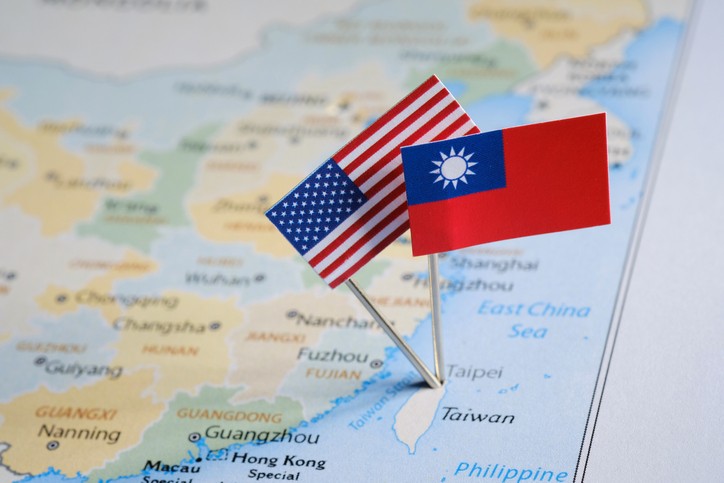 TAIPEI (Taiwan News) — U.S. Congressman Ted Yoho (R-FL) on Tuesday (July 28) announced he will introduce a bill the next day that would authorize the U.S. to use military force if China invades Taiwan.

In a tweet posted at 3 p.m. on Tuesday (EST), Yoho said that U.S. policy toward China is at a crossroads, as the communist country has "clearly stated its intentions to take Taiwan by any means necessary," while the 1979 Taiwan Relations Act is meant to ensure that the country's fate is decided through peaceful means. The congressman then wrote that the legislation he was introducing the next day would address the current ambiguity over whether the U.S. would honor its "40+ year commitment to defend Taiwan from an attack against the PLA."

Yoho was in attendance at a ceremony on Tuesday in which Taiwan’s envoy to the U.S. Hsiao Bi-khim (蕭美琴) delivered 250,000 medical masks to the American Legion. The congressman made remarks emphasizing exchanges and cooperation with Taipei.

In his speech, Yoho said that the relationship between Taiwan and the U.S. is very strong and that he planned to introduce the "Taiwan Invasion Prevention Act" in the House of Representatives this week. He said the act clearly stipulates that the U.S. can use force to protect Taiwan when the Taiwanese people or military are threatened.

He added that the draft bill also recommends that the U.S. and Taiwan strengthen military exchanges and visits by their respective leaders. During a meeting with the media after the speech, Yoho said the legislation emphasizes that China needs to enter peaceful negotiations with Taiwan, reported Radio Free Asia.

He said that if China chooses to invade Taiwan, the bill authorizes the U.S. to use force to protect it and that the Chinese government cannot treat Taiwan the same way it has Hong Kong. He warned that if the Chinese Communist party chooses to cross this line, it will have to bear the consequences: "This is China's choice."

According to the contents of the bill obtained by Liberty Times, it states that the rapid modernization of the People's Liberation Army (PLA) poses a clear threat to Taiwan. The bill then defines three conditions under which the U.S. president can authorize the use of force:

1) China directly using force against Taiwan
2) China exhibiting an intention to seize control of Taiwan proper, Penghu, Kinmen, and other territory controlled by Taiwan,
3) China threatening Taiwan's military or the lives of its people.

In a July 17 interview with Lou Dobbs on an episode of Fox Business titled "Red Storm Rising," when Dobbs asked Yoho if the U.S. is doing enough to protect allies such as Taiwan, South Korea, and Japan from China's aggressive military posture in the region, Yoho described the trilateral arrangement between the U.S., South Korea, and Japan as "one of the strongest relationships in national security." However, when it comes to Taiwan, Yoho asserted that the U.S. is not doing enough.

Yoho, a member of the House Foreign Affairs Committee and co-sponsor of the Hong Kong Autonomy Act, said that since the days of Henry Kissinger, the U.S. has maintained a policy of "strategic ambiguity" between Taiwan and China. Yoho announced he is introducing a bill in the coming week called the "Taiwan Invasion Prevention Act," which he said will "lay very clear what our intent is."

The congressman then stated that the law would provide Authorization for Use of Military Force (AUMF) in the event China invades Taiwan. He said the AUMF would have a sunset provision of five years that would authorize the commander-in-chief to order military action against China.

The US is at a crossroads over #Taiwan. #China has clearly stated its intentions to take Taiwan by any means necessary while U.S. policy since 1979 requires the future of Taiwan to be determined through peaceful means.