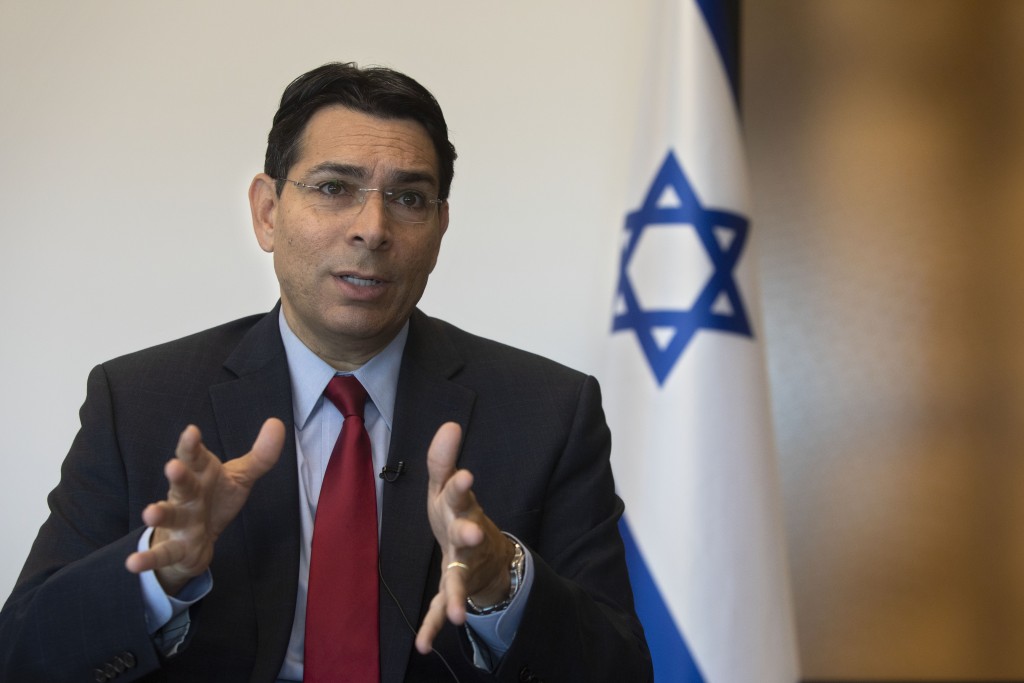 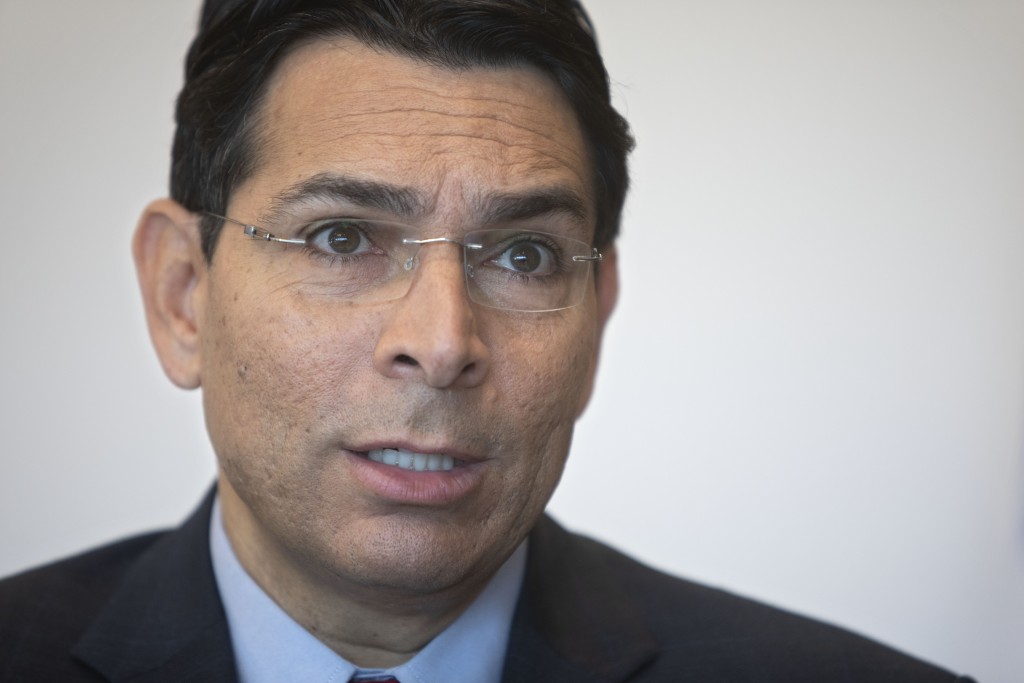 RAANANA, Israel (AP) — Israel's returning ambassador to the United Nations affirmed the country's bond with the Trump administration Tuesday, dismissing notions that Israel would pay a price for its tight ties to the divisive president should he be defeated in November.

In his first comprehensive interview since returning from the diplomatic posting, Danny Danon said he was relieved that the more progressive forces in the Democratic Party failed to secure the party's nomination and claimed that Israel could prosper with either Trump or Joe Biden in the White House. When it comes to Israel, he says the country's supporters in the U.S. put their domestic politics aside.

“We have bipartisan support and we value and we cherish it,” he said, at a temporary office near his home in central Israel. “I spoke publicly against Mr. Bernie Sanders. But he wasn’t elected. Mr. Biden is a friend of Israel and he proved it over the years. So, yes, we hear those voices, the radical voices, but they’re not the majority in the Democratic Party.”

Dovish backers of Israel have accused Israeli Prime Minister Benjamin Netanyahu of undermining traditional bipartisan support over the past decade. In 2012, he was seen as supporting Mitt Romney against then-President Barack Obama, and Netanyahu famously delivered a speech to Congress in 2015 railing against Obama's nuclear deal with Iran.

Jeremy Ben-Ami, president of J Street, a liberal pro-Israel lobbying group in Washington that has close ties to the Democratic Party, said it would be a “huge mistake” for Israeli officials to expect that all of the clashes with Obama and cozying up to Trump will be forgotten if Biden is elected president.

“The Netanyahu team chose a side in American partisan politics while pursuing policies that run counter to American values and interests,” he said. “In doing so, the right wing has done significant damage to the relationship and should not expect that a new Democratic administration is going to act as if the past decade never happened.”

In recent years, Netanyahu has emerged as one of Trump's strongest international allies, lavishing the American president with praise after openly clashing with Obama. He's been rewarded with what he considers to be a slew of diplomatic achievements, most notably recognition of Jerusalem as Israel's capital and the moving of the American embassy there.

But it has come at the cost of alienating some of Israel's more liberal American allies, who despise Trump, turning Israel into more of a wedge issue. Opinion polls show Republicans to be far more supportive of Netanyahu's policies than Democrats, especially among younger voters.

Influential American commentator Peter Beinart recently sent shock waves through the Jewish establishment by breaking a long-standing taboo and endorsing the idea of a single democratic entity of Jews and Palestinians living with equal rights between the Jordan River and the Mediterranean rather than the long-time goal of creating two states for two peoples.

The Democratic Party recently unveiled its Middle East platform, which largely adhered to its traditional approach of supporting Israeli security while calling for a two-state solution. But the party's progressive wing, led by Sanders, has urged a harder line by suggesting that American military aid be conditioned on changes in Israeli policy toward the Palestinians, such as its controversial settlement construction.

Prior to his posting, the 49-year-old Danon was known as an ideological firebrand in the ruling Likud Party who was not afraid to challenge Netanyahu from the right.

Danon's maverick ways pushed Netanyahu to fire him from his position as deputy defense minister in 2014. But the following year Netanyahu appointed him as a minister in his government before dispatching him as ambassador the United Nations, a position that 30 years earlier launched Netanyahu's own political career.

Danon worked closely with his U.S. counterparts, including the former ambassador Nikki Haley, and said he forged close ties with Arab ambassadors, especially from Gulf states that do not have formal relations with Israel. He also took pride in becoming the first Israeli elected to head a permanent U.N. committee, despite what he called a “hostile” environment.

Armed with that new perspective after five years in New York, Danon said he is eager to get back into the Israeli political game and hinted that he considers himself a potential successor to Netanyahu.

“Eventually, there will be another leader of the Likud,” said the soft-spoken Danon, wearing a sharp suit. “I support the prime minister. But at the same time, in the Likud party, I think we have to think about the future, about the next generation.”