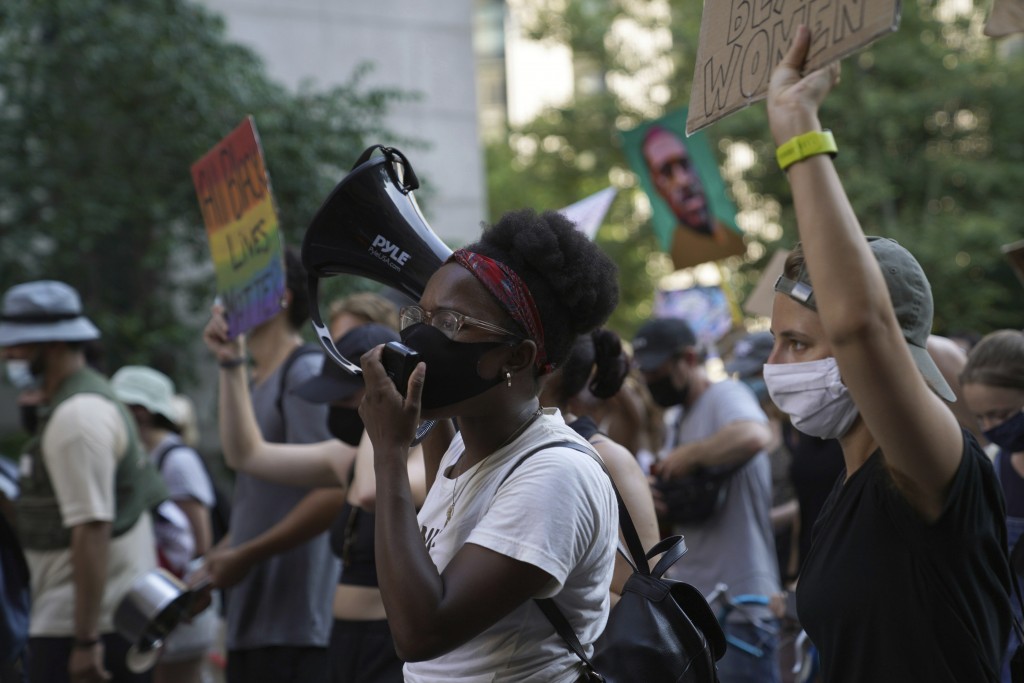 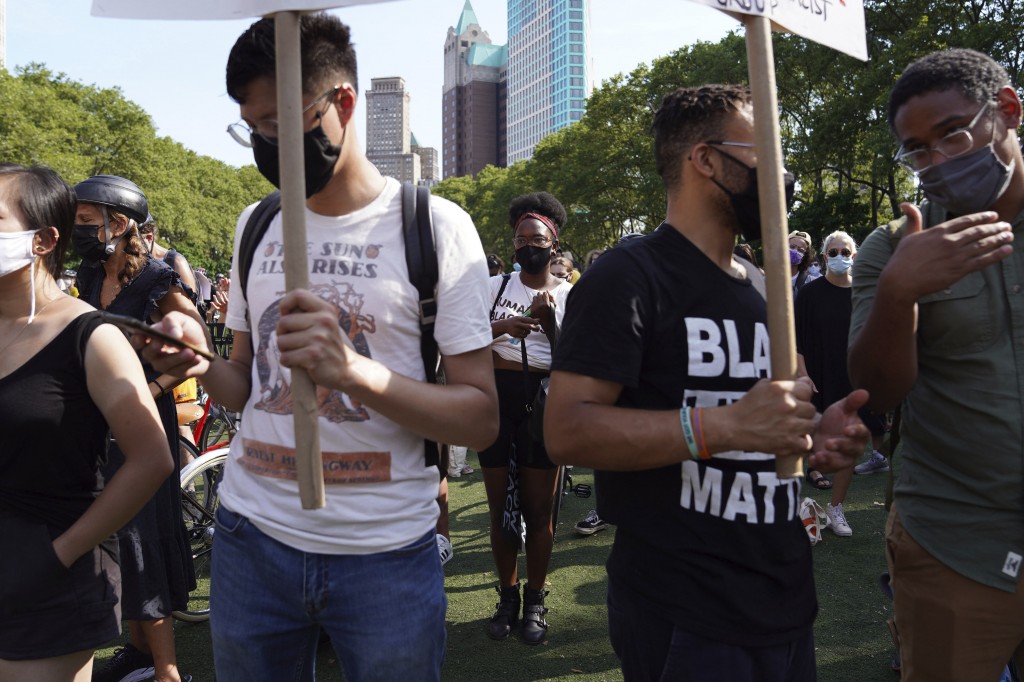 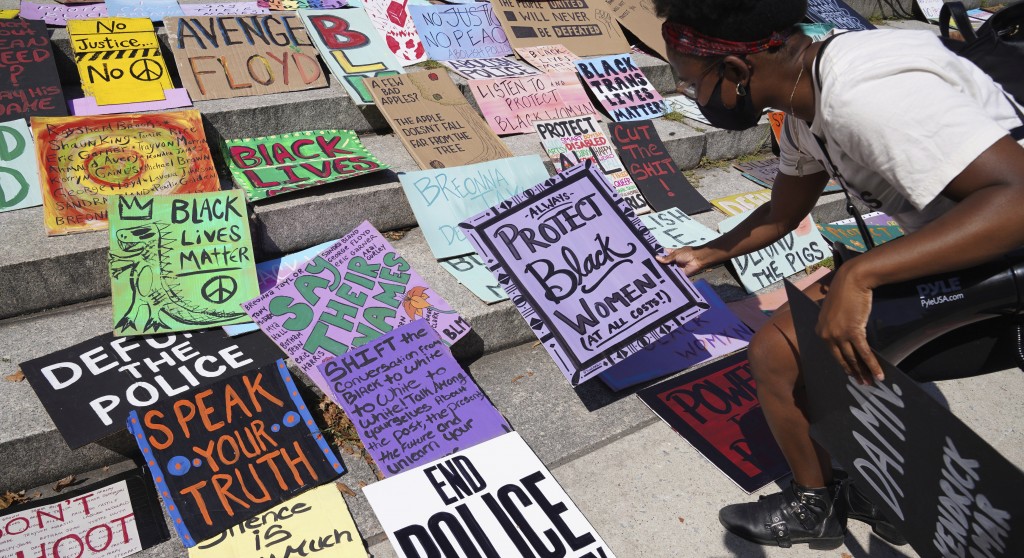 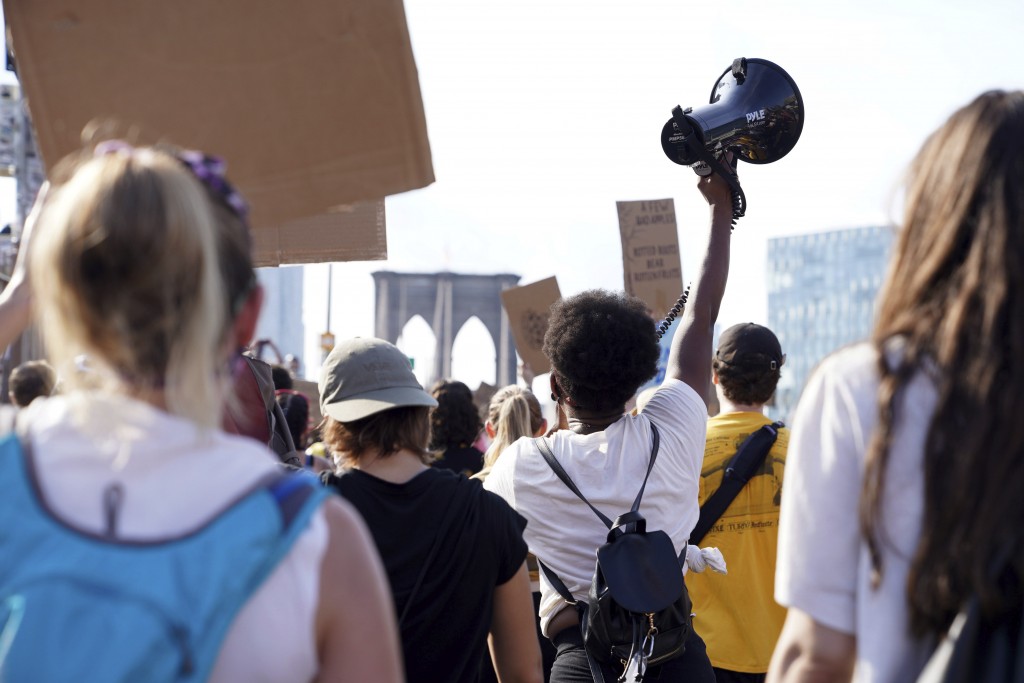 “I can’t breathe!’” the crowd chanted, invoking the dying words spoken by George Floyd as a white police officer pressed a knee into his neck.

Kianna Ruff yelled it over and over along with hundreds of fellow protesters as they marched for hours through New York City, a kind of collective mantra that touched someplace deep inside those present.

“I just started choking and I broke down,” the 28-year-old activist and minister said. “And I do feel like that that was also a spiritual experience that I’ve never experienced before.”

The demonstrations against police brutality and systemic racism that have raged in the wake of Floyd's killing are often led by young people who find a sense of purpose, ritual and community on the streets. Many involved say the protests deepen spiritual connections and embody familiar elements of traditional faith.

The demonstrators kneel. They observe mournful moments of silence. They break into call-and-response: “What do we want?” and “Justice!” From Los Angeles to New York, Milwaukee to Minneapolis, they stand shoulder-to-shoulder and find common cause in their shared fervor.

Americans are becoming less religious in the formal, traditional sense, and the trend is more marked among young adults, according to Pew Research Center surveys from recent years. Young people, who make up a core part of the protesters, are less likely to pray daily, attend religious services or believe in God.

Still, surveys show younger Americans are just as spiritual as their older counterparts, and many have found other expressions of faith outside formal religion.

In its “How We Gather” study, Harvard Divinity School researchers documented wide-ranging spiritual communities for the young ranging from Afro Flow Yoga and dinner churches to public meditation groups.

Fears about the future have also led many to activism. Tens of thousands walked out of schools in 2018 to demand action on gun violence in one of the biggest student protests since the Vietnam era. Inspired by Swedish teenager Greta Thunberg, hundreds of thousands marched worldwide in 2019 demanding urgent action on climate change.

This year that has manifested in the struggle against police brutality and racism.

“All of these issues intersect because they all disproportionately impact Black people,” said 19-year-old Aalayah Eastmond, who survived the 2018 mass shooting at Marjory Stoneman Douglas High School in Parkland, Florida, became a gun-control activist and is now organizing protests against racial injustice with the group Concerned Citizens of D.C.

Her group begins demonstrations with a collective prayer that's inclusive even of nonbelievers, she said — the point is closeness and togetherness.

“We stand in a circle and one person just prays for us to one, be safe in the middle of these protests, because they can get very violent. ... And for folks to really feel empowered and moved while they’re protesting,” Eastmond said.

Nationwide, the demonstrations have tended to be diverse in terms of markers like generation, ethnicity and gender, but Ruff, a graduate of the divinity school at Union Theological Seminary in New York, said community thrives despite such differences.

It’s about “being in those groups and feeling that energy, you know, that God wants you there," Ruff said.

“And there’s so many people,” she added. "Whether they believe what you believe or not, that’s not what’s important. What’s important is the common goal.”

During a recent “Buddhists For Black Lives Matter” march in Los Angeles, Tahil Sharma walked with others in a slow, wordless procession whose silence had a similarly powerful effect as the ritual chanting of other demonstrations.

“That march was so different. ... The emotional swelling that we felt of every second passing as we were breathing and praying was a reminder of the seconds of air that George Floyd was gasping for,” said Sharma, a 28-year-old interfaith activist born to a Hindu father and a Sikh mother.

Many demonstrations have seen protesters honoring the dead by reciting their names in a sort of litany.

Another common element is the creation of spaces explicitly or implicitly spiritual in nature and symbolism: In Minneapolis, protesters set up a floral altar memorial at the site where Floyd died, while in Houston, a newly painted mural depicts him with an angelic halo and wings.

“There’s a really interesting kind of lived religion, as sociologists would call it, on the streets within these protests,” ter Kuile said.

In Milwaukee, a Muslims artists' collective recently spent hours painting a mural depicting a family on a sofa under the words: “Our Kids Will Not Be Next,” as passing drivers honked horns in solidarity.

“Art is a perfect middle ground for people to unite,” said Amal Azzam, the 27-year-old co-founder of Fanana Banana, which organized the event. “Milwaukee is a very segregated city. ... These are the things that help connect the communities.”

That’s a sentiment shared by Sharma, in Los Angeles, who became involved in interfaith literacy and social justice following the 2012 deadly shooting at a Sikh temple in Oak Creek, Wisconsin.

“When I see that entire world marching with me to fight for the rights of others, I feel I am in prayer,” he said. “When we shut down systems of oppression together, acknowledging our differences for a common cause, that’s when I know my prayers are being answered.”